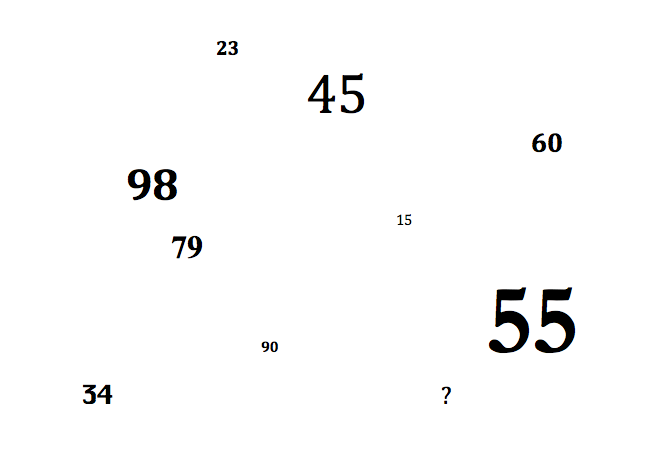 We all know, don’t we, that aged beef is better. Heck, even Asda’s Christmas beef joints, ‘meticulously trimmed’ of all their fatty goodness, are aged an amazing fifteen days. Fifteen days! Extraordinary.

Elsewhere, on menus and price lists across the land, fore-ribs, rumps and sirloins are pre-fixed with the number of days that they’ve sat in dry, cold conditions, gradually shrinking, blackening and racking up a premium. And we lap it up. Beef lovers’ eyes grow and mouths drop in proportion to the number of days the ageing has taken place.

But is there good reason to assume that the longer a piece of cow has been aged, then the better and more enjoyable it will be?

23 to 35 days of ageing seems to be the most common range for aged beef. Is this the standard range of ageing because this product is best at that point, or is that really the typical range because it doesn’t add up economically for butchers or restaurants to buy or store meat aged for a longer period of time?

At some specialist butchers and restaurants we see steaks or roast joints aged in the 45 to 60 day region, with an appropriate mark-up. Is the taste and mouthfeel of this meat noticeably better than meat aged for two fewer weeks?

What about the Danish steakhouse Mash that has 70 day aged meat as a standard feature on the menu at their new London restaurant. Will their beef be markedly better than if it was, say 55 days aged (and is it of a lesser quality than the 90 day aged beef they serve in their Danish restaurants?)?

Do we wide-eyed impressionable consumers assume too readily or uncritically that longer is better? When do the numbers become more of a marketing tool than a genuine reflection of the quality of the eating experience?

Those questions are not about why beef is aged – it is a given that dry ageing causes water loss, which intensifies meaty flavours, and allows enzymes to start to affect flavour molecules, loosen muscle fibres and break down connective tissues thereby tenderising the meat – rather, they ask whether there is an optimum ageing time and can meat be aged for too long?

Basically, does the graph of age vs eating experience slope ever upwards, or does it curve?

Some diners might have a view already. But I’d wager those views are generally based on one outstanding experience, influenced by many factors, and removed from close contrast with similar quality meat aged for a different length, by a period of time and rose tinted spectacles. Sadly, the opportunity for side by side comparisons are few and far between.

I was very grateful, then, to take part in a tasting session at the excellent Drapers Arms in Islington, which aimed to answer some of those questions, in as controlled an environment as can still be enjoyable.

The test? Four hefty pieces of beef, cut from the wing rib end of the sirloin, from cows of the same breed (Dexter – the Napoleon of the cow world), which had been slaughtered at the same age and roasted in the same way, were sampled by nine food lovers in relatively quick succession. The cuts in question had been aged for 23, 55, 79 and 98 days by the South East London super butcher, Nathan Mills.

I know you’re salivating at the thought of the 98 day aged beef. But what were our observations?

The 23 day aged Dexter sirloin was lovely. Moist. Damp, even. It was certainly beefy, with a bit of chewing required.

The difference with the 55 day aged meat was noticeable as soon as it arrived on the table – because of the smell, which was a musty and slightly cheesy but nonetheless appealing pong. This beef was certainly more tender than the 23 day aged stuff, and the intensity of the beef flavour was markedly stronger. There was a hint of game, but it was mostly beef. And the fat was incredible – the outside having crusted like crackling, and the softer inner part looking, tasty and feeling remarkably similar to triple-A rated bone marrow.

79 day aged meat saw a marked change again. That pong on the nose doubled. Still pleasant, I thought (though others thought less of it). Now the flavour was definitely gamey. Like well hung sika or red deer. It cut and ate like a piece of fillet steak. The fat, again, was insane.

98 day aged meat lacked the pong of the previous two types. This was largely because much of the fat had had to be trimmed (mould finally having got the better of it). But the flavour intensity shot up again, though now it was well beyond beef and even that venison, and more like well hung end of season grouse. The enzymes had had such an effect that the texture was similar to a piece of meat that had been sous-vided for too long; connective tissues had broken down completely and lost moisture, it almost flaked apart. The mouthfeel was almost pâté like.

The different lengths of ageing were ranked in order of preference by each of the tasters, with the 55 day aged meat running out as a comfortable winner. This was followed by the 79 day, the 23 day (the scores of which were fairly close) and the 98 day respectively. Tellingly, no one felt that the 98 day aged meat was their favourite, and most placed it last. I didn’t think it unpleasant, but the flavour of this and the 79 day aged meat had gone well into game territory, whereas the 55 days of aging appeared to have optimised the texture and the flavour quality that we were actually there for – beef.

So, on the basis of this test, it’s a curve then.

Our results are obviously not definitive, but I’ll certainly remember it whenever I start to get tempted by ever increasing periods of ageing. My feeling is that the most joy comes somewhere between 35 and 60 days of ageing.

That said, maybe the most insightful comment of the night came from the Drapers Arms’ chef James, who remarked that Nathan’s 23 day aged Dexter was still much tastier and more tender than other beef that he’s offered that has been aged longer. So it’s worth remembering that there are many other factors in play, including the breed of the animal, its environment, the quality of the animal husbandry and slaughter. Which, happily, means there are plenty more comparative tasting sessions to be had.

We washed the beef down with some remarkable bottles of Bordeaux provided by James Handford – Chateau Cantemerie 5me Cru Classe, Medoc from 1990, 2000 and 2008 – and our views on those were, I think, relevant in the round. Like beef, red wine develops and can improve with age, but it was the 2000 that shone through – same vines, same chateau, but a better vintage.

I’ve been buying meat from Nathan for a while now and it really is awesome. Can’t recommend a Saturday visit to his Arch in Bermondsey more. And for anyone in the vicinity of Forest Hill, Nathan and his wife Ruth have a pop-up shop 7 days a week from today till 24 December. Get your Christmas meat in. 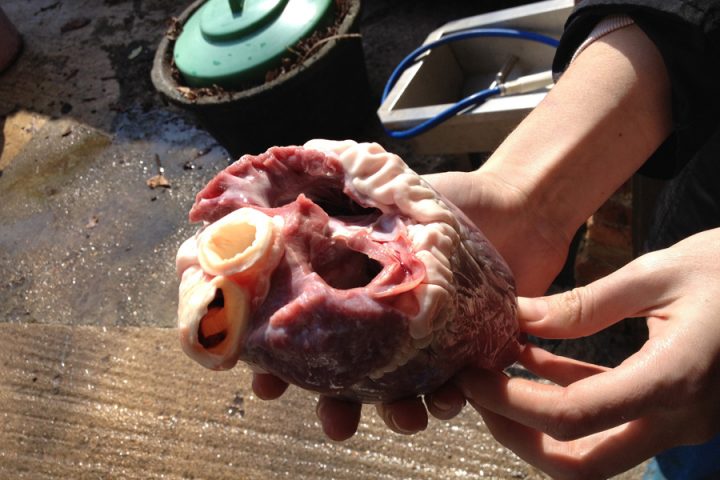 4 thoughts on “Vertical steak tasting at the Drapers Arms”