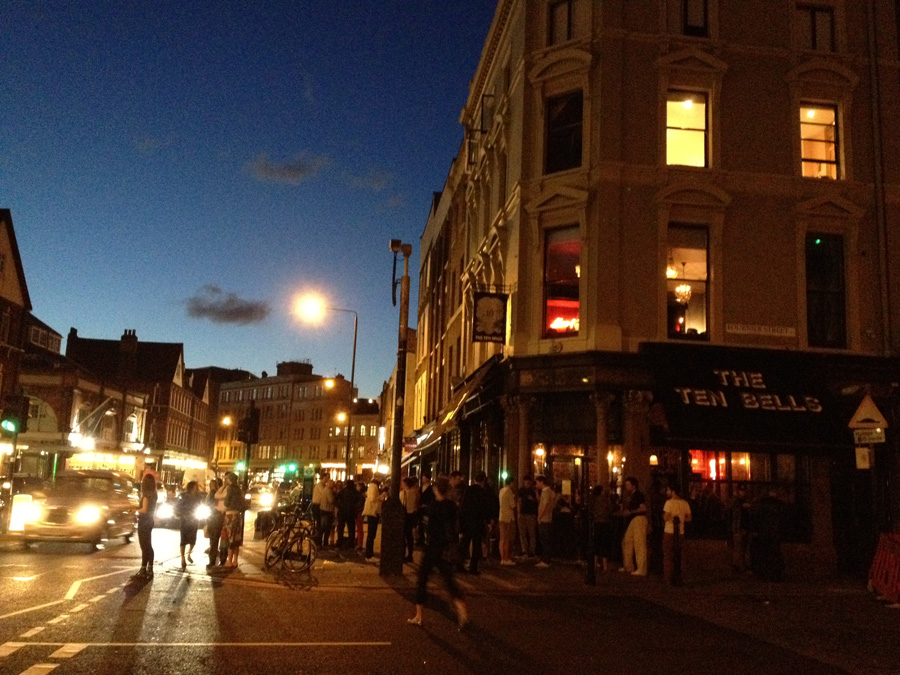 Longstanding readers will know that I was a huge fan of the Young Turks’ work during 2011.

They popped up at a greasy spoon café, in a loft, an office building, a multi-storey car park and then hung around the first floor of the Ten Bells pub on Commercial Street for longer than planned, but arguably not long enough. I thought the food always struck the ideal balance between seasonality, innovation, racy twists but not too much faff. On top of that, the front of house guys, the Clove Club, brought their sadly unique brand of Northern charm and atmosphere-setting abilities to each of these events; my only criticism of them would be that they’re too tall.

As was always the intention, James and Isaac (the chefs) are now working towards opening their own restaurants. Both will be ace, I am sure.

Isaac has teamed up with Johnny and Daniel (the tall Northerners) and they hope to be launching their venture in a few months. In the meantime, the three of them couldn’t resist the opportunity to dabble in a bit of restaurant overlording and are also running their old site at the Ten Bells on a more permanent basis. They are each hanging around the place at the moment, but will be stepping back when they are happy standards are being met. So, for Isaac, read another ex-Ledbury chef, Georgio Ravelli, and for Johnny and Daniel, read Jarrod, another (shorter) Northern charmer.

The people change but the ethos remains the same. And you probably care very little about names anyway. What all this basically means is there’s now a cracking little restaurant at the Ten Bells and it should be here to stay. The food is pretty similar to the seasonal modern British food James and Isaac cooked. The most obvious difference being that the tiny kitchen is now churning out courses a la carte, rather than a set menu. 3 courses will cost you a smidgeon over £25 and vibes are exactly as they were left back in April. It’s going to be tricky to make the a la carte option work quickly (when I say tiny kitchen, I mean much smaller than your one at home), but a quick meal at the Ten Bells is a night wasted.

I visited a couple of days ago. The occasion was to mark the end of my chef’s course at Westminster Kingsway. Appropriately, I went with my classmates and our chef tutor and we all enjoyed the food; it was just a week into the opening, but the kitchen was already producing the goods.

There are 3 or 4 options per course, and also some familiar snacks to kick-off proceedings. The snack part of the Young Turks menu was always a great start to an evening, and ‘classic’ buttermilk fried chicken in pine salt, smoked cod roe laced with cayenne and lardo with walnuts played the same role on this occasion.

Starters showcased the Young Turks’ / Isaac’s / Georgio’s ethos of deceptive simplicity mixed with a sprinkle of something unusual. Chef enjoyed her heritage tomato salad with shiso dressing, iced goats’ milk and toasted bread crumbs, though I reckon they can improve on this as time goes on. I was very happy with a soft pheasant egg that sat on top of toast and underneath a runny cheese sauce, slithers of cauliflower and a pickled cucumber. Some classic combinations in there: cauliflower cheese / fondu and pickles / egg under a cheesy béchamel. Simple, but looked cracking. The other option was a chilled courgette soup, poured over a dinky line of razor clams and Indian spice new potatoes. Again, pleasing, contemporary presentation, clean and effective flavours.

Mains were all good. My plaice dish with a breadcrumb crust was very enjoyable, in particular due to floral elderflower sauce, and chef announced she (again) liked the veggie option, which was a cool looking plate of griddled king oyster mushrooms, peas, malted rye and faintly pickled onions. But, really, we were both jealous of the others who chose the meat options. Lamb chops with spinach puree and a few dots of punchy anchovy emulsion would have stolen the show, were it not for an exemplary hunk of lightly smoked, nicely crusted, firm pork belly served with various arty twists of radish and comforting oats groats (no idea – looked like porridge). Really good stuff.

Two discs of crisp buttery pastry topped with a ring of strawberries and sitting on some sort of cream was an appropriate dessert for Wimbledon week one. It was a striking and modern interpretation of a classic strawberry tart, though I thought another dessert, a blueberry mousse, bettered it. This was matched with milk ‘crisps’ (the look and mouthfeel of prawn crackers but, fortunately, the taste of milk) and chunks of a vivid green tarragon sponge. Not so suitable for Wimbledon but, like Agassi when he wore purple and had long hair, brilliantly irreverent.

My classmates and chef tutor confirmed that it’s not just my personal bias: not only did they agree that the food was interesting, excellent value and tasty, they also commented how unpretentious it was, and how it’s a great place to sit and eat and drink and chat. Phew.

The establishment of Upstairs at the Ten Bells as a permanent restaurant is a superb addition to edge of the City / East London dining. It’s casual, interesting, relatively inexpensive and fun. That point above about being unprentious is important too. There aren’t so many restaurants you can go to where the kitchen applies a bit of thought, skill and creativity to seasonal produce, without you having to pay a fortune, or sit through the meal in starched silence. Go before everyone else picks up on that. Then keep going.

I take way more pictures in restaurants these days. It’s not a change in my blogging approach (a photo of food in my reviews is still very rare, and must be a fair record of what the food looked like), rather it’s a hangover from being encouraged to take a picture of everything I cooked on the course, and because I want to keep a record of the more inspiring food I eat.

Anyway, the reason why I say this is because it was interesting to see I wasn’t alone at the Ten Bells; a camera or smartphone come out on pretty much every table when food was brought. I’m pretty certain the room wasn’t full of bloggers. It simply reflected the fact that people like taking pictures of beautiful food. Some people might then stick them on Instagram or Facebook. But I suspect most take them to show friends, or maybe just let them fester on their memory card and photostream. Fair enough. 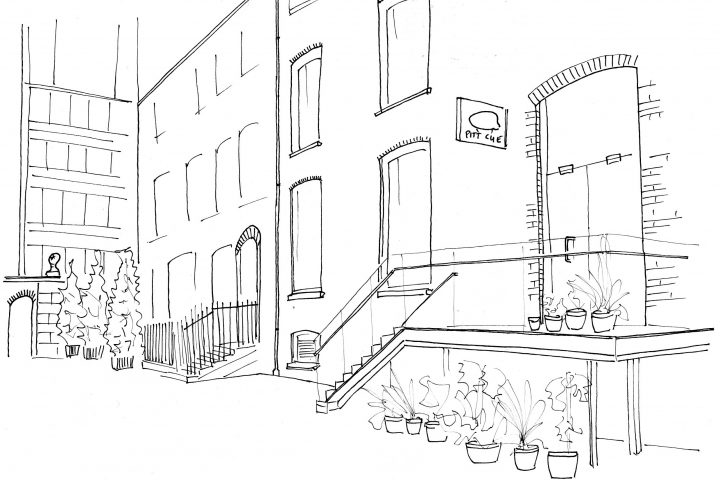 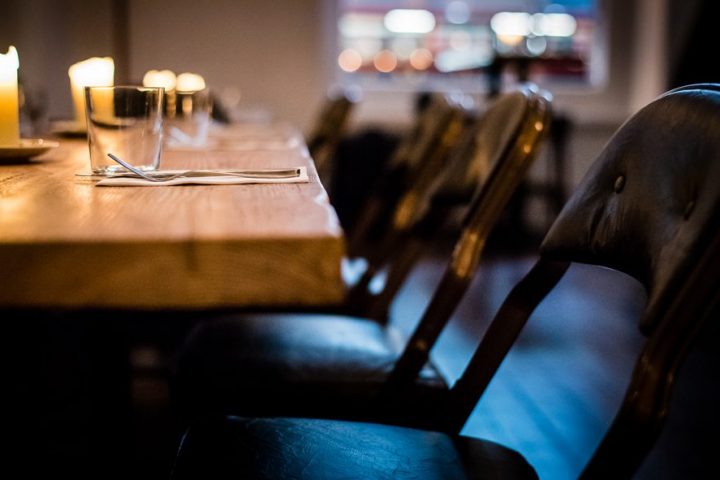 One thought on “Upstairs at the Ten Bells”