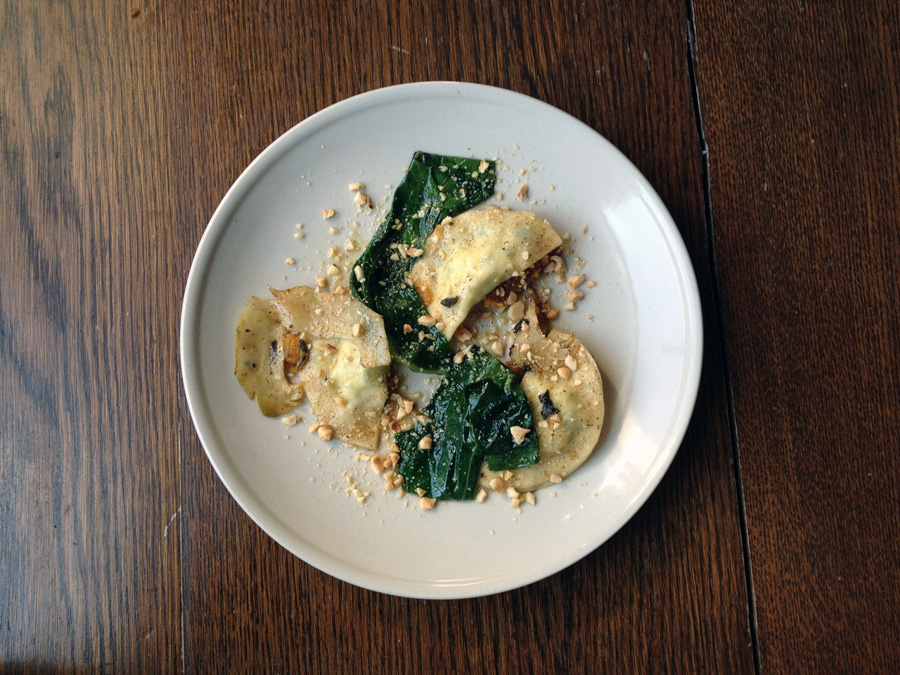 Update Spring 2016: Upstairs at the Ten Bells moved on; check out Brooksby’s Walk in Clapton.

“How often do you go out to review somewhere?”

Never. I eat out in restaurants so that I can spend time with friends and eat enjoyable and / or interesting food. It’s a treat, albeit regular enough to take up most of my disposable income. As it happens, I sometimes write about those meals. But I don’t like to think these posts are ‘reviews’ and I’m not a ‘critic’. Them’s lofty terms reserved for those clever professional wordsmiffs. Instead, these musings are merely entries in my online journal (log>web log>blog, in case you were unaware of the etymology). A vanity project that I guess some people read.

If you’re scoffing, be reassured: even I find it difficult to convince myself that this really is the position as I constantly look for another new (to me) destination, and desperately search for eating companions who aren’t bored of my demands on them to spend more money, when a night in with a takeaway would surely do.

So it’s comforting to look back and see that, phew, at least half of my meals out are re-visits and with friends. Which I like to think backs up my belief that I head to restaurants to eat good food with good people, and I’m not always a food tourist bore.

On those revisits I pay the same amount of attention to the food as I do when I’m somewhere new (which, because I’m interested, is a fair amount). I take photos, but that’s because I’m addicted to doing so (I blame being encouraged to snap each dish cooked on my chef’s course) and nothing to do with being a ‘blogger’ (whose website is not restaurant photo focused). The only difference is I don’t write about that meal.

I have just added addenda to a number of places that I’ve revisited since originally writing about them. Partly because people do seem to be using the site as a reference tool. Mostly because those revisits have been brilliant and made me want to write something. Check out Viajante, Koya, Pitt Cue Co and the Quality Chop House. I will sporadically add more.

This new splurge in writing was spurred by a stonking lunch Upstairs at the Ten Bells. I have been back on a number of occasions since my first post-Young Turk Bells meal. It is my go to suggestion for friends looking for a reasonably priced, fun but gastronomically interesting meal and I’ve joined others for at least a couple of dinners over the last year. It’s also my go to recommendation for private dining for groups of around 15. I’ve done that a couple of times too, but have to admit memories of the meals are a little fuzzy…

… that recent mid-week lunch, though, left a crystal clear and no doubt long lasting imprint.

A shower of snacks (diced raw razor clams with grapefruit and coriander seed; cod roe tarama with potato flour churros; onion leaves filled with aubergine and anchovy purée; warm nectarine, rocket and Appenzeller cheese) were followed by ravioli filled with sharp ricotta and accompanied by sweet butternut squash, hazlenuts, butter and chard. Bang on. I have to admit, at first glance our grouse mains looked overcooked, but on tasting were juicy and tender and went superbly with pickled cherries and a knock out jus. The bird had the tang of grice hung well, whilst still being young enough that that tang was not domineering. A purple smear of black sticky rice and a hint of anise carried the other flavours beautifully. Both chocolate mousse, sorbet, coffee crumb and raspberries (including a cheeky battered one), and fig tart with buttermilk ice cream, fig oil and whey were faultless desserts.

All of that, along with typically perfect service and predictably good company, made it a long mid-week lunch to savour. The fact that, at lunch, 3 memorable courses are £21*, makes it a re-revisit worth writing about.

Click on the gallery below – everything tasted as good as it looks.

Return to the Ten Bells in 3 words

3 thoughts on “Upstairs (again) at the Ten Bells”