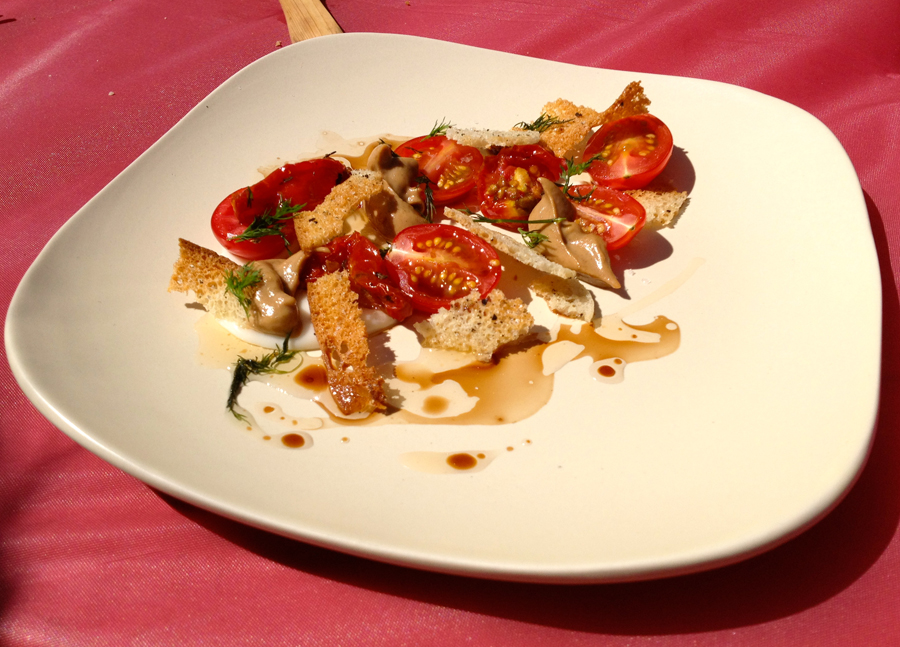 It cannot be a coincidence that those areas in London with overland train stations foster vociferously passionate and supportive communities; tribal people who make it very clear how good their neighbourhood is, and why their bars, pubs, restaurant, lido are better than anywhere else – to the extent that they eventually become so convinced that this is the case that their willingness to make the effort that anyone visiting them must take, and travel even the shortest distance elsewhere, is obliterated.

In many respects I’m jealous. I’ve been somewhat of a nomad in my living and social habits and my friends are scattered over the capital. Part of me would love to live somewhere with an identity and community spirit, to have a local market and bars, pubs, restaurants and lidos that I could be proud of.

At the same time, I also think that if you live in one of the most diverse, interesting, accessible and exciting cities in the world, you should probably make the most of all of it.

Anyway, I say this because I seem to have spent a large part of my summer schlepping over to London Fields. Miles from where I live and not nearly as accessible as it should be given its geographical proximity to the City, this bit of Hackney is undoubtedly the kind of the place I’m thinking of. Local pride is at levels that would suggest a petition for independence from Greater London is imminent. And though some of that feeling might be down to overenthusiastic loyalty, there’s also some justification for it.

Much of what is good in the area has been there for years (the very enjoyable steak restaurant Buen Ayre and Little Georgia café, for example), and Broadway Market has long been one of the most charming places in London for a Saturday wander and feed. But over the last 12-18 months, there seems to have been a steady stream of improvement and enterprise – partly demonstrated by the gradual and subtle gentrification of the buildings and permanent shops on Broadway Market (same shabby sheek, more expensive paint, chairs and tables), and partly by the establishment of things like London Fields brewery, E5 Bakehouse and Climpson and Sons coffee, each of which are strong examples of new(ish) artisan food businesses. It says something about an area when multiple food enterprises are able to start-up and subsist together.

Successful ‘pop-ups’ are another good indication that there’s something in the air. I’ve mentioned Burnt Enz before and been back plenty of times since that post. It was awesome (sadly weekend sessions are over and Thursday feasts all booked up). But I’ve also been meaning to write a little about Ben Spalding’s Saturday market stall restaurant, ‘Stripped-Back’, which I understand runs through October. So here are some belated thoughts.

Ben, the former head chef of Roganic, has been serving four course meals for around £17.50 for the course of the summer. You sit on stools whilst he and his small team create beautiful little plates of imaginative food, using the minimum of equipment: a couple of cool boxes, one gas burner, a cream whipper and a chopping board or two. His style is to mix visual appeal with unusual foraged ingredients and a delicate touch. It’s a unique idea and experience.

When I went we were served some super bread and whipped butter, a refreshing foam/juice out of the cream whipper, and then four courses, all of which were skilful, tasty and ascetically appealing: a tomato salad with pureed roast cauliflower and goat cheese curd; salt cod with mango puree and dressing made from mallow; an excellent herby lamb broth (probably the most successful of the courses); and a goat milk yoghurt with bramble fruits. A spoonful of peanut butter fudge and jam rounded it all off.

The portions are slight and turnaround is prompt – but this felt about right for a lunch around trestle tables in a school yard. Not everyone will want to spend £17.50 for a relatively quick and casual lunch on a Saturday, but it’s a totally original concept and one worth trying out.

Stripped Back in 3 words

If you’re still reading, then you’re either a local and interested, or not a local and thinking of a visit. So maybe you want a few more tips. In which case, then on top of the other places mentioned above, look out for Lardo, Netil Market and Market Cafe. Oh, and there’s something stirring at Violet.

I also nod you in the direction of a café/restaurant at the South East end of London Fields, This Bright Field, which ticks most of the boxes for an independent, design savvy, relaxed but subtly serious about food restaurant.

In fact, in terms of its décor, it might tick too many of the boxes. The cynical side of me thinks it feels a little like a paint by numbers trendy café, and as a result isn’t as charming as somewhere that just happens upon its own style. But that’s probably a touch unfair (they’ve had to make the best of being at the bottom of a pretty horrible modern-ish building and on a scuzzy main road) and in any event it is more than made up for by the food.

For lunch This Bright Field offer a few quality sandwiches made to order, four of five simple salads and hot dishes like fishcakes, and then three daily changing dishes. My brother had a very good ploughmans (why are good ploughmans so hard to come by?) with home made smoked chicken and ham hock terrine and a large piece of a quality buffalo blue cheese. I had a kipper with a potato salad. The fish was soft and thick of flesh that was subtly salted and not too aggressively smoked. Certainly the best kipper I’ve eaten. The tarragon butter and potato salad that was it was served with were well balanced and I would happily recommend This Bright Field to locals on the basis of this dish alone. Not because it might be on the menu when you go, but for what it represents: interesting, well sourced ingredients, cooked properly and sold for a good price. Simple, but effective food.

There’s a supper menu on Thursday, Friday and Saturday too. It’s £18.50 for two courses and £21.50 for three. On the basis of my kipper logic, I’d say there’s a strong chance this will be a great feed and stonking value. So would I recommend This Bright Field to locals? Yep. Is it somewhere that should be declared the greatest café in all of London and you should all travel there? No, not really. But I doubt that was their intent.

Which in a long-winded way brings me back to where I started. This Bright Field call themselves a neighbourhood restaurant and they’re a good example of one of those. As are many of the places in the area; to the extent that, collectively, London Fields’ bars, market, pop-ups, cafes and restaurants are definitely worth a shout out. London Fielders, your places for leisure, socialising and sin are not so good that you never need go elsewhere, but they do go someway towards negating the fact that your transport links suck.

This Bright Field in 3 words 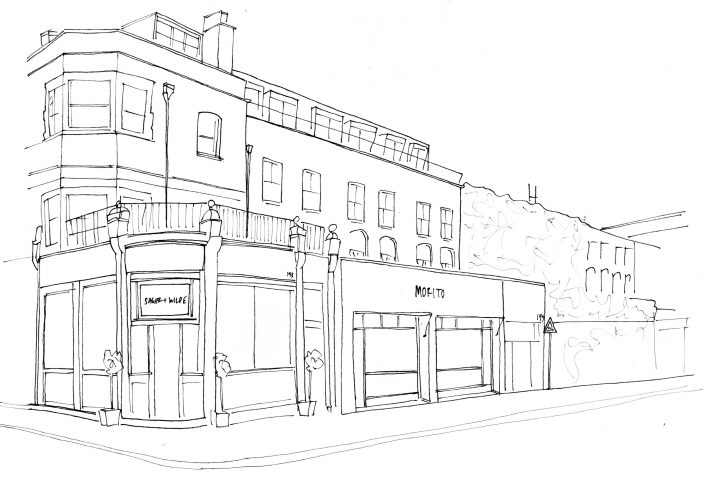 10 thoughts on “The People’s Republic of London Fields”