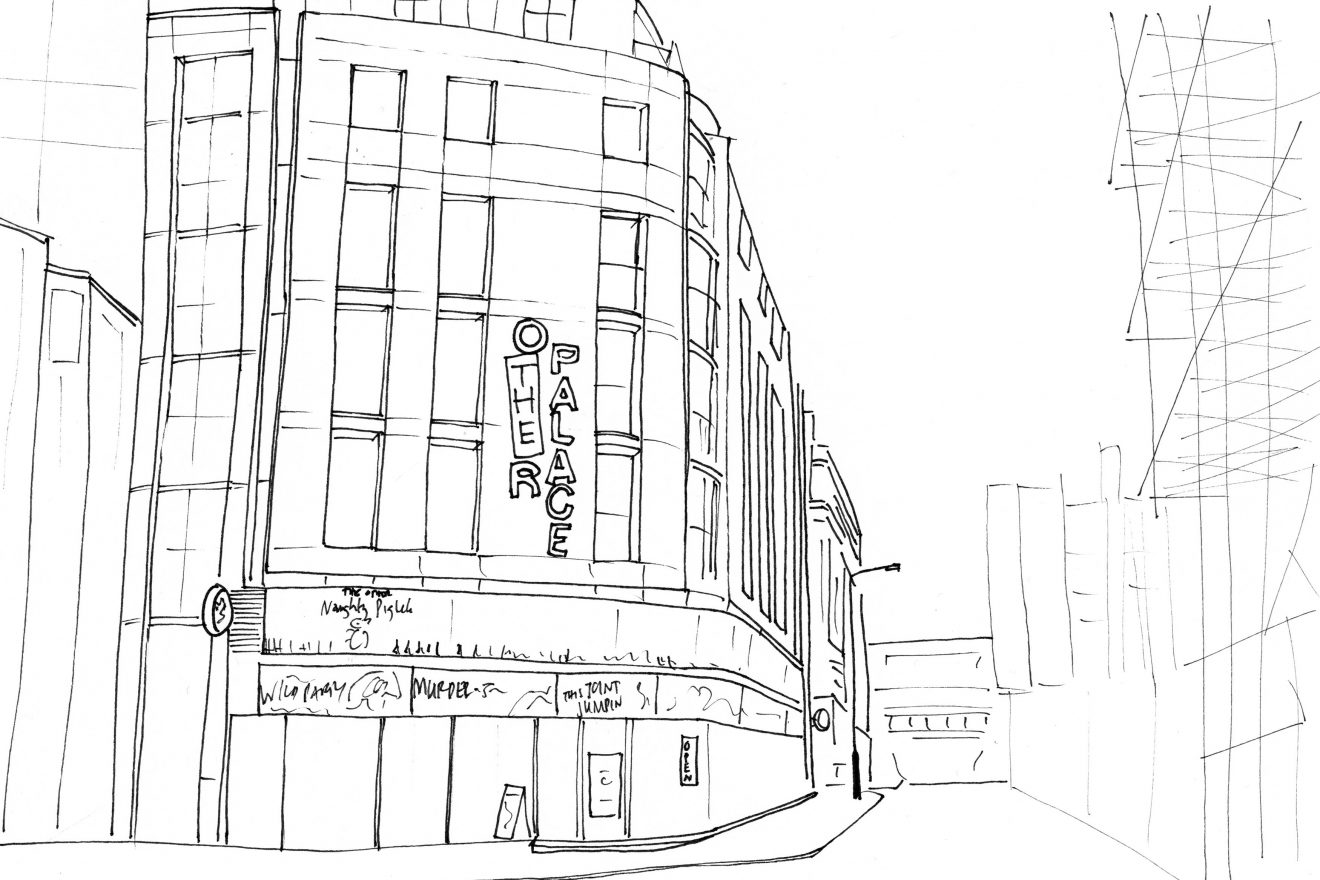 … in which you can eat generic please-the-crowds-in-shiny-boxes convenience food. Which is totally fine. But, well, you know.

To be both clear and fair, the new Nova development just outside Victoria station is a number of levels above traditional new development with meaningless name eating.

But they’re all boxed in like goldfish, with frustratingly unhelpful and joyless external signage, and weird squint and you’ll see it when you get close internal neon; as if it doesn’t really matter which venue you’re aiming at. And perhaps it doesn’t.

I’ve a hunch, in any event, that if you’re looking to eat, rather than to fall into somewhere that’ll do, then you’ll be better served by a handful of new places that sit just outside the development.

Bleecker, for example, is London’s best patty and bun offer, and stands opposite the aforementioned Shake Shack. Like an upstart independent estate agent positioned near Foxtons — with better properties, lower fees, and less pointy shoes.

See also Lorne, over on Wilton Road (near the excellent A Wong), which serves seasonal, contemporary British and European food alongside a strong wine list and a bit of warmth and integrity.

And, just a few steps in the direction of Her Majesty’s abode, The Other Naughty Piglet, a cute offer from the team behind the lauded and always busy Naughty Piglets in Brixton. Which is where I had lunch the other day. And it was ace.

TONP sits on a mezzanine floor over the lobby at The Other Palace, a theatre acquired by Andrew Lloyd Webber last year, and recently relaunched as “a creative hub for all things musical theatre”. If the entertainment picks are as good as the choice of food operator, then you should probably add yourself to the mailing list.

There’s much on the restaurant’s website to concern the jaded eater: “communal tables”, “small plates”, “natural wine”. But happily any cautious pre-judgement is quashed upon walking up the beauty of a sweeping marble staircase, sitting down at a totally normal, private table, and eating plates that work much better for one, then they ever would for sharing.

However it also hints at an enticing mix of flavours and influences. Familiar seasonal British ingredients, like Jersey Royals and spring’s ubiquitous wild garlic, are joined by Korean spices and peanuts.

Indeed, the first dish that came my way mixed picked white crab meat with lightly fizzing fermented white cabbage, nori powder and a satay-like peanut sauce and powdered peanut sprinkle. I loved it. Delicate in parts, but fresh, crunchy, sweet and more-ish too. Perhaps there could’ve been some brown crab meat (the best part) mixed through the peanut sauce to accentuate the crustacean element. But still, kudos for both the idea and delivery.

Next up, a very instagramable twirl of XO linguine with cured egg balanced on top, ready to ooze it’s richness through the dish. I guess you’d describe it as fusion carbonara, a comfort dish for Millenial eaters — with both undertones and high notes coming from dried scallops, shrimps and chilli (the XO). Good, fresh pasta, smooth sauce, and another dish to run your fingers round. I’d have like more of the XO to come through, but it’s entirely probably my tolerance for dried shrimp paste has been driven beyond normal through eating too much of the stuff.

The most conventional dish I had was a puckered and taught yet flaky to the touch piece of brill, which came adorned with dots of whipped cod roe and sea purslane, and sat in a mussel and wild garlic broth. The cod roe and purslane provided a savoury seasoning, heightening rather than overpowering the fish. The broth was musky, with just the occasional hit of powerful wild allium. I was tempted to ask for a refill. Perhaps the dish was slightly undermined by a crushed Jersey Royal dissolving into the broth; this gem of a spud is buttery and creamy, worth a course in its own right, yet neither it nor the broth was enhanced by the treatment. Still, quibbles. It’s ultimately properly good, well cooked and seasoned scran.

Quite unnecessarily, I added a pudding of cloud light chocolate mousse, which came with very fine, pacojet refined blood orange sorbet, soft caramel and crunch. A crowd pleaser to suit all comers. And had enjoyed a glass of pinot blanc from Domaine Josmeyer — the list is proudly all natural, so theoretically one for fans of low intervention. I’m still of the opinion you can sit on both sides of the fence, though, and this feels like an accessible offer for all.

Lunch had been a relatively spontaneous one, and turned slightly decadent by the bill came (in hindsight, 4 dishes was unnecessary…). The room was relatively quiet (maybe four other tables), so I can’t comment on night time vibes or service. But it’s often the quiet services that are most telling; that time when front of house skulk by the till, unwilling to look beyond their iPhone, or the kitchen forgets orders as they concentrate on mise en place. Not here. Convivial staff, a kitchen sending food at thoughtful intervals, each dish executed well. It’s got the hallmarks of a great setup.

Whether you read the area as Victoria or West-ish London, this restaurant serves cracking contemporary food in a pleasingly casual environment and is immediately towards the top of your local options. It’ll suit meals with the in-laws, business contacts and theatre goers, just as well as it will groups or couples aiming for an invigorating meal and a bottle of something farmyardy.

Of course it’s laudable that Land Securities have sought decent operators for Nova and have, ultimately, improved an eating blackhole. But beyond convenience, it’s difficult at this stage to know why you’d head to one of the restaurants there, when something like this is round the corner. New developments and the necessarily chain-like F&B brought in to populate street level inevitably bring with them a depressing blandness — in aesthetic and palate. By comparison, the Other Naughty Piglet feels like novocaine for the soul.

The other naughty piglet in 3 words

4 courses and a glass of wine racked up £60. You could eat less. You could also drink more. 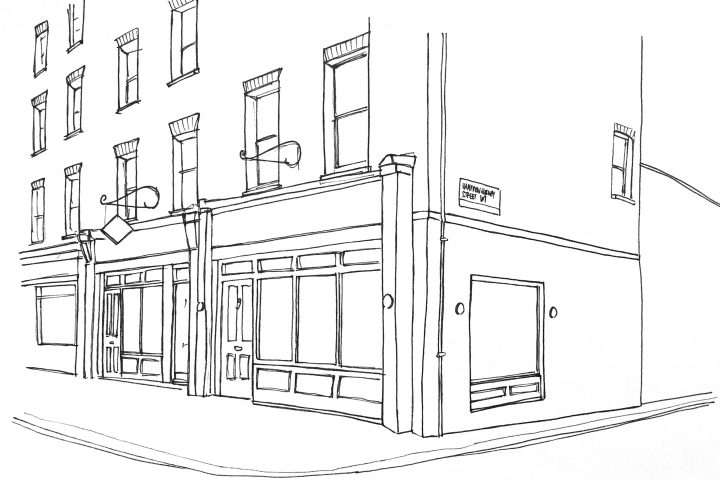 One thought on “The Other Naughty Piglet”