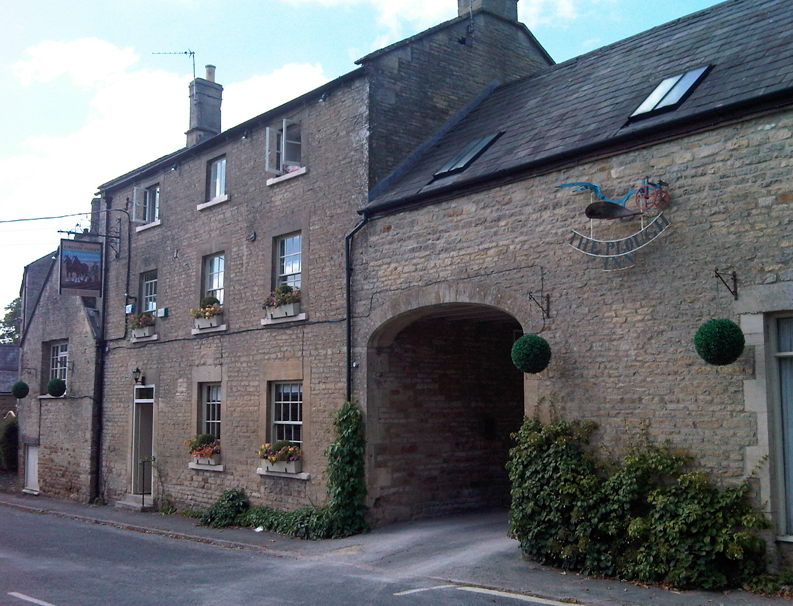 We rewarded our various successes at the Great Comberton Flower Show by breaking our return journey to London with a midday walk and a leisurely lunch in the Cotswolds.

As we walked through picturesque villages and into the rolling (but boggy) fields surrounding them, we engaged in a well rehearsed and unfortunately circular conversation about how we’d like to escape London and live in the big houses of Oxfordshire and Gloucestershire…but unless Plan A (Euromillions) or Plan B (Lotto) happen any time soon, we’d only be able to afford those houses if we continued to work in London … a place where property is unaffordable and which is really too far from the Cotswolds for a reasonable commute.

Though I wouldn’t want to do the journey every day, Kingham is on a mainline train route to London and the Plough is a short and pleasant walk from the station. So it’s not hard for London (or Oxford) dwellors to get to for a boozy weekend lunch away from the big smoke. I don’t fancy a long journey to work, but I’ll take one on for a good feed.

Things to note, other than the fact that it’s not in London, are that the kitchen is very keen on the trendy sous vide cooking technique (see Alex Renton’s recent article in the Guardian for more on this/if you watch Great British Menu, it’s what all the chefs are doing when they stick a vacuum packed bag into a water bath) and is a firm believer in super local, seasonal food. I saw one review which suggested that the Kingham Plough is so seasonal that it might change what is on offer throughout a service. We half expected to order beef, say, only to be told as our food arrived that “sorry, this pheasant was just flying past” or “the chef just found this cat in a bin”. Nothing like that happened.

The menu that was on offer was pretty enticing and the 5 of us got through a fair few of the options.

At least two of the group have commented that their starters were the highlight of their meal. They certainly looked good: an “upside-down Buckland Manor tomato tart” was like a tart Tatin with intensely sweet slow roasted tomatoes as the focus alongside a watercress salad; and “crisp breast of University Farm spring lamb, braised heart and leek stew” was a kind of lamb bomb in a crispy breaded coating. Clean flavours, apparently. I enjoyed a delicate chicken terrine and a sweet and creamy chicken liver parfait, served with delicate crab apple toast. The final first course on our table was snails and mushrooms on toast, taken from the bar food menu. A dark mass of lovely garlicky snails and mushrooms on a couple of hunks of rustic wholemeal toasted bread. Satisfaction all round.

Mains were good too. I’ll divert for a second to have a small rant, though. I think it’s unnecessary and a little bit boring to describe a dish by stating where every ingredient has come from (“Daylesford organic rose veal, Cheltenham borlotti & Broadway tomato stew with Alan’s courgettes“). We get the message – all ingredients are local. There’s a nice card on each table explaining the restaurant’s cooking methods and the provenance of the ingredients used. I reckon leave it at that.

Rant over, I’m happy to say that the veal was pink, most, tender and flavoursome. An excellent example of sous vide cooking. The lamb pudding that two of us had was tasty too. This was a suet pastry pudding of slow cooked lamb in a lovely tomato based sauce. Very heartening and well cooked. I liked how it was simply served with just cabbage on the side. The other two guys had a smart looking dish of hake served with potatoes, seashore vegetables and “crisp prawn butter” (like tempura). Both enjoyed it, though neither thought it was amazing.

Post main course options were all very attractive: there are a number of inviting sounding homemade ice creams to choose from (including elderflower and cherry; Guinness; greengage, peach melba; black currant sorbet); three puddings; and a selection British cheeses.

Amongst the group, we got hold of a dark chocolate tart with salted caramel ice cream (looked grand and was wolfed down); apple and blackberry mousse with vanilla shortbread and nutmeg ice cream (I had this – the mousse was light and delicate and lovely, though I don’t remember the ice cream); and a plum “crumble” , which was an intriguing firm slice of tart, stewed, plums with a sprinkle of crumble (very tasty and I do remember stealing some of the tasty hazelnut ice cream served on the side). All of these puddings were really well presented. Someone also had a selection of the ice creams. We regretted not getting a platter of the cheese.

The pub/restaurant/guesthouse was surprisingly quiet for lunchtime on a Bank Holiday Monday. “Surprisingly”, because the food was good and the surroundings perfectly pleasant (if a little confused: smart restaurant; an authentic (but modern) country pub; or a nice barn conversion?). Maybe the people of Kingham had escaped to the city for the weekend.

It’s worth noting, if you don’t live in a big house in the Cotswolds and are making a special effort to visit, that the food will not blow your mind. This isn’t Michelin star destination restaurant cooking. But it is a lot better than standard gastro-pub fare and I think the owners have a good thing going. The food is well cooked and, as the menu states, is very in-season and sourced locally.

The Kingham Plough in three words

“Bar food” such as scotch quails eggs, cauliflower cheese, a good looking hand raised pork pie and pickle, Cotswold rarebit on sour dough toast, snails and mushrooms on toast range from £2.50 to £7; starters are around the £8 mark; Mains about £15 (save for the veal which was £21); puddings averaged £7, though 3 scoops of imaginative homemade icecream was £5 and the cheese boards range from £7-£15.

We drank a few of the good beers that the pub had on draught and our bill came to about £40 per person, including service – we fancied the waitresses so there was no danger of not adding a gratuity. 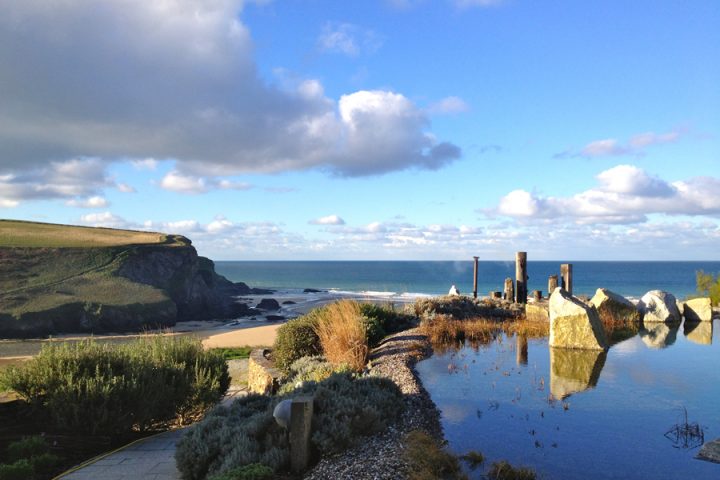 One thought on “The Kingham Plough”