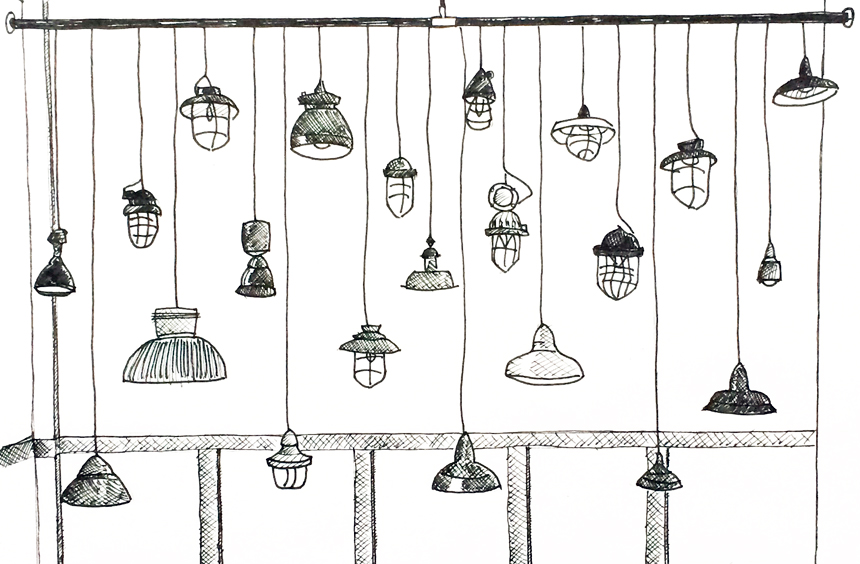 Back in the days when it was under Nuno Mendes’ paternal wing, the Corner Room in Bethnal Green Town Hall was one of my favourite places to eat in London.

Here was a relatively small, cosy, beautifully designed restaurant, which was calming and bright during lunch, and buzzing, dimly lit and atmospheric at night. The food was inventive, intriguing, almost always delicious and, perhaps most importantly, inexpensive. It’s been, like, eight months or something, so exact facts and figure are hazy. But I’m fairly certain lunch was barely a ha’ppenny to penny per course, or a tuppence for all three. At dinner prices rose only a little.

Clunk the DeLorean in to gear and step back to the end of 2014. Nuno is now at the more central, even more design conscious, and extremely well known Chiltern Firehouse. The Town Hall Hotel flagship restaurant (formerly Viajante) is remodelled, renamed The Typing Room and well received, whilst The Corner Room trickles quietly along under the radar. The new chef (it seems important to name every chef, these days) is a guy called John Christie. I think that like the main restaurant it’s under the Jason Atherton banner, though that’s not totally clear, nor does it really matter.

We went on a Friday night a week or so ago. There’s much that remains the same, yet it’s very definitely different.

There’s that wall of lights (possibly brighter bulbs now) and the same furniture (no need to change). But we reserved our table in advance, which wasn’t an option at v.1.0, and maybe such luxury has a small impact on atmosphere – there are many uncontrollable factors when it comes to ‘vibes’, but there’s definitely more of a ‘restaurant in a hip hotel’ rather than ‘hip restaurant in East London’ feel now. That might well be the plan.

The menu is strikingly similar to the previous incarnation in format, font and paper. But of course the content is new – where before there were obvious influences from Iberia, Japan and Central America, now it’s either British or simply ambiguous.

It’s unclear at first whether the form of the meal should be starter, main, dessert, or small plates for sharing – we see just a list of lists of ingredients, and another shorter list of lists that looked like a taster menu.

Our waitress agreed and suggested any way is fine, “but definitely order two savoury dishes each as everything is really small“. So we deduced that the list of lists (we weren’t in for the £45 list) could be split into two types of dishes: below £7.5-10 starters, and £15-£16 mains (with a cheaper vegetarian option). Simple, really.

Most of the aforementioned ingredient lists contain an unusual ingredient, or at least an ingredient in an unexpected place (braised leeks, cardo, truffle, chestnut; hibiscus, raspberry, rosebay; coffee, blood orange, cep (in a pudding?)). And when the lists turn into actual dishes, they’re beautifully presented and, on the whole, pretty good.

I chose well, I felt. First came cauliflower in various forms, cooked, charred and shaved, with milky sweet crunch of cobnut, splodges of an enjoyably tangy chicken liver parfait and the occasional citrus bite of baby sorrel. Vivid pink slices of mallard with a thin ‘black pudding’ purée and parsley root in various guises followed (and was happily wolfed down). Whilst a nut coated peanut and banana parfait, with caramalised banana and another of the house style splodges (whisky cream?) rounded everything off nicely, though I’m scratching the depths to recall it.

No one did badly at all. Other highlights looked to be a delicate and well balanced scallop and razor clam tartar, pickled cucumber and swede number, and another tartar (or ‘minced beef’) with hazelnuts, egg yolk and the obligatory mandolined disks of turnip. We loved a dessert of apple and salt caramel dessert, where a mix of pureed apple, salt caramel and hint of anise came in a frozen, scooped out Bramley.

On the down side, I felt a tomato salad with burrata and lovage slightly odd at this time of year, and perhaps a nod towards the needs of a hotel wishing to accommodate the plainest travel palettes (ditto salmon, artichoke hearts and chanterelles). Further, a thumb sized piece of soft and floppy red deer had in all probability slipped out of a water bathed bag and wasn’t as browned and crusted on the outside as it might’ve been. Very happy to be told I’m wrong. But if not, it’s a shame the chefs aren’t trusted to properly cook a muscle of this size to perfection.

Worse, as pre-empted by our waitress, the portions are small. Pretty, for sure. But pretty blooming small too. The mallard was maybe a third of a breast (max), the floppy venison perhaps 75g worth. A tickle of parsley root or charred cabbage on the side doesn’t top to food costs up a great deal. £10 for a one and a half tomato and burrata salad seemed positively (or negatively) mean. Without a round or two of bread we and our stomachs would’ve been rumbling and grumbling.

Look, on the face of it, the new Corner Room ticks the same boxes as the previous one: inventive, intriguing, mostly delicious and technically inexpensive. It’s definitely worth a look in. But I’m quite openly coming at this with the Mendes incarnation in mind, and v.2.0 suffers a little in comparison. Others will have the same reference point.

I still remember a cod porridge with razor clams from a few years ago, and a liquorice, black garlic meringue and pineapple dessert. I’m certain the Iberico pluma pork with Portuguese bread pudding will be etched on my palette for a good while yet. In contrast, memories of a perfectly pleasant meal two nights ago are already dimming.

No doubt the new regime will go from strength to strength, and no doubt the older Corner Room wasn’t always perfect. But the lasting memory of days gone by is that I always walked out thinking I’d have paid twice as much as I had been charged. As pleasant and pretty as The Corner Room is now, the food is (not yet) as memorable, and whilst at pretty much the same price point, it’s not the same value.

The Corner Room in 3 words 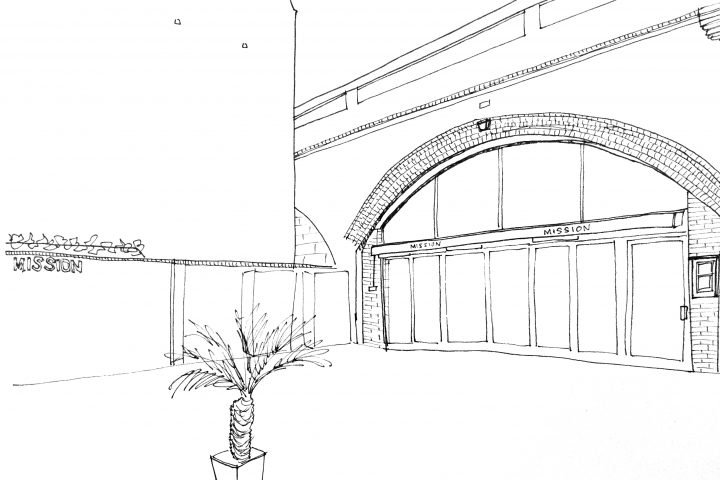