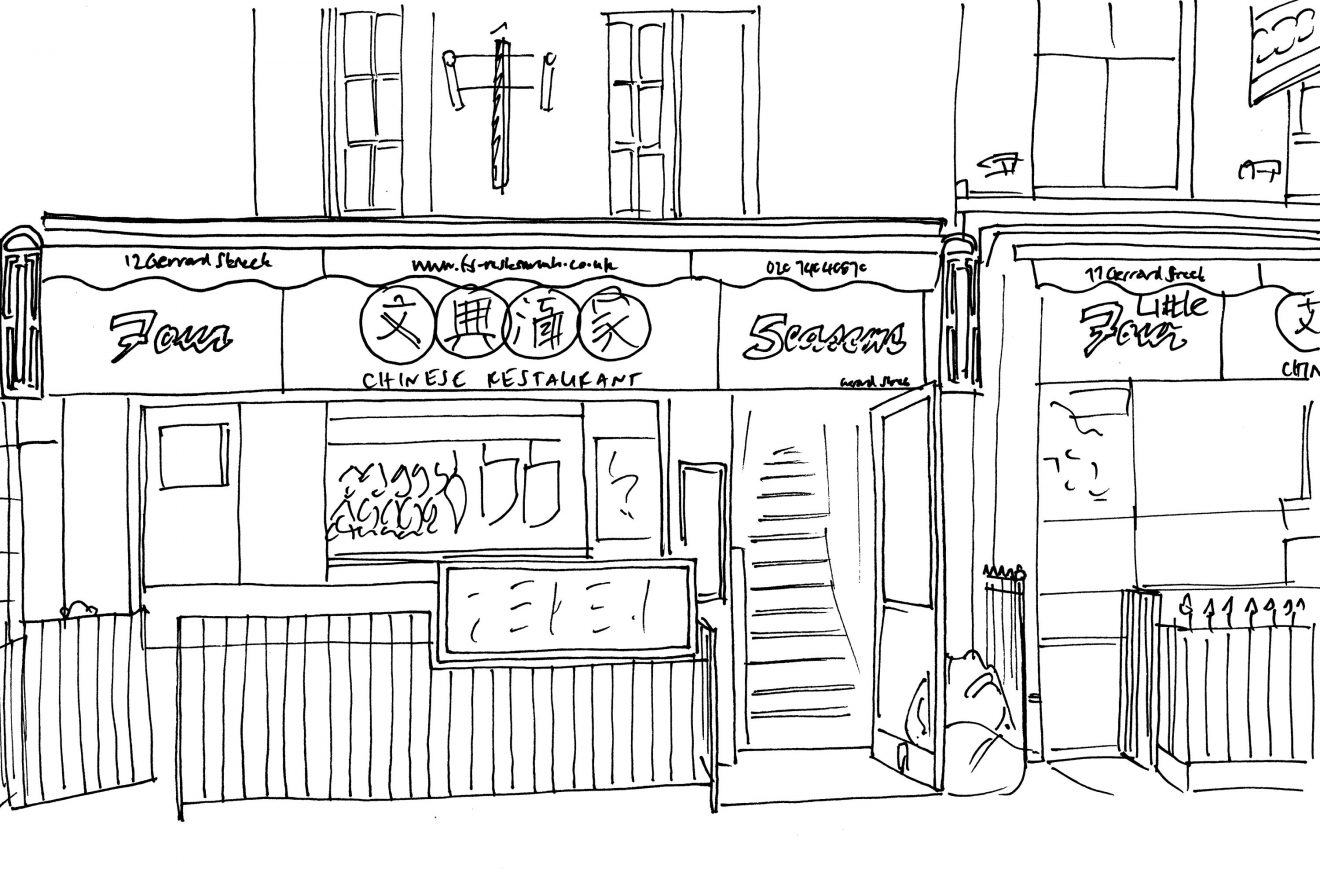 I haven’t eaten at the 5* reviewed and much-instagrammed Kym’s yet. Have you? Is it good?

But I did eat Cantonese-style food elsewhere through October, and feel those meals are of note. Among a few others you might like to look into — some of them old, some of them new.

There aren’t many better tasting or better value destinations for group meals in central London than Four Seasons on Gerrard Street. Ignore the first few pages of the menu and head straight to the roast meats: bronzed and lacquered Cantonese-style duck; Soy sauce-braised chicken; combinations plates of crisp-topped pork belly and char-siu pork. At the beginning of the month eight of us feasted on multiple plates of those succulent, more-ish meats spread over the yellow-clothed round tables, alongside bowls of plain rice, plus a selection of quality Asian greens, each with their own dressing advised by the excellent, friendly and efficient staff. The setting is low-to-no frills, but it’s all about the food. Four Seasons has been around for nearly thirty years, so is no secret, but I suspect it’s also overlooked by many; and it provides a counter to the oft-repeated suggestion that you can’t eat well in Chinatown.

This natty little sea container of Cantonese-ish food got a bit of flack for white boy gap yaah cooking when it first opened in Pop Brixton. Which seemed a bit of a narrow-minded and obvious criticism. I’m absolutely no expert of the cuisine, but when I took down their combination plate of roast meats last Friday I found that, as at Four Seasons, the pork belly was both wobbling of flesh and with a crackling that crunched but also shattered easily to the bite; and that the roast duck juicy, succulent, flavoursome (I got the feeling it had lived a good life before being hung in their specialist drying chamber), and had glass-like glazed skin. There were also excellent cucumber and ginger pickles to cut through the rich meats (I was less bothered by the mustard and plum jam relishes), and before the meats a prawn toast of real ingenuity and generosity. I’d certainly recommend the place to others … save they’ve just closed after coming to an amicable end of their time at that particular food hall. Apparently DDG are on the lookout for a permanent site, though, so we should keep our own look out for developments on that front.

At one point The Laughing Heart in Hackney did a late night menu of Asian-inspired drinking food. I’m not certain that’s the case anymore(?), but I am sure the food that comes out the kitchen at normal eating hours is absolutely top drawer, inventive, globally influenced food underpinned by classic European technique (French and Italian, really). Through a menu last night to celebrate their first two years, we ate: mackerel boned, cured, stuffed with sushi rice and nori and rolled to sit like rounds of inside-out sushi; superb pickles that’ve sat in vinegars made from their left over wine, plus outstanding chicken skin and chicken parfait, plus a terrine of similar quality; cuttlefish on charred hispi and a black pudding emulsion; soigné duck breast with a duck pithivier and girolles; and an impressive display of four very fine tarts. The proprietor is a guy called Charlie Mellor, who is one of the very best hosts in the business. Absolutely worth a visit. Go with an appetite for wine as well as food.

There’s a new Barrafina! Does the growth of this tapas bar to four dilute it’s quality? Not on the evidence of an early press meal there last week. A large dish of arroz negro with baby squid, iberico pork ribs, artichokes and romesco sauce lovingly/slavishly cooked from scratch in front of us was the standout, though also a few of the daily specials too — including a sharply dressed persimmon salad necessary to cut through the other porkish flavours of a mostly Catalan menu. As mentioned, it was an early preview service and hard to judge absolutely. But when busy and at full flow the machine began to purr like it does on the best nights at the Dean Street, Adelaide St and Drury Lane sites; with bustling Spanish lilt spilling out of the kitchen onto our bar counter. It might (or might not?!) take a week or two to get completely up to standard, but I’d be surprised if this Kings Cross outpost doesn’t become much loved. And commit to memory the existence of their sun trap of a terrace, for once we’re through the next few months.

From the stylish and very competent team behind Primeur and Westerns Laundry, Jolene is all ancient grains, natural wines and soft, brushed-plaster walls. I’ve only had a quick lunch — super little plate of spelt risotto with bitter leaves, a dash of red wine and much Parmesan, plus a bowl of excellent, multi-flavoured leaves simply dressed in lemon juice and more Parmesan. The house bread and butter was good. The feel refined but cosy and welcoming — they truly are the masters of turning seemingly doomed and unlovable sites into covetable spaces. They also do this thing at all of their restaurants where each small plate you have feels like it might be £1-2 more expensive than you’d like or that seem justified based on the ingredient costs, yet in the round the food bill feels entirely appropriate for the quality and setting. Maybe Jeremie Cometto-Lingenheim, David Gingell and team just know their worth and are running a business … I look forward to returning for dinner.

And to finish with something sweet: Henrietta Inman’s residency at YardArm is something to pop into, whether you are local, just passing, or have a moment to make the journey. Here is a first class pastry chef putting on breakfast, brunch, lunch and tea in a bijou little room in Leyton. She’s dedicated to quality produce, and puts that on a plate or in a tart, quiche or pie, with finesse and class. I can’t really think of a salon du thé of higher quality in London — so fingers cross she rides out the next year in style (then ventures west a bit). 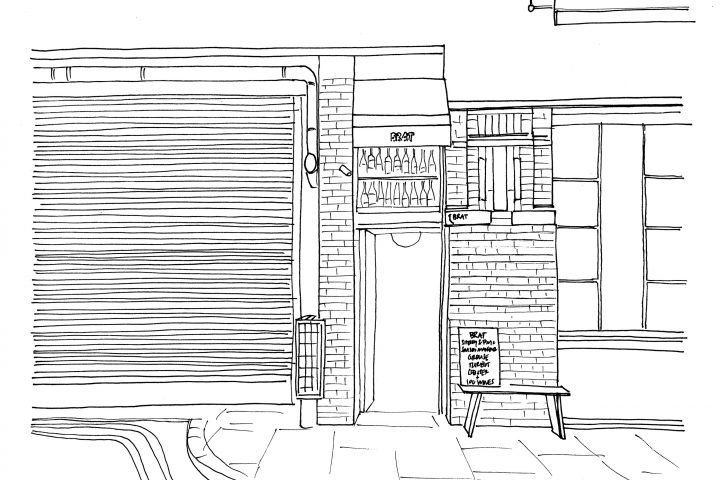