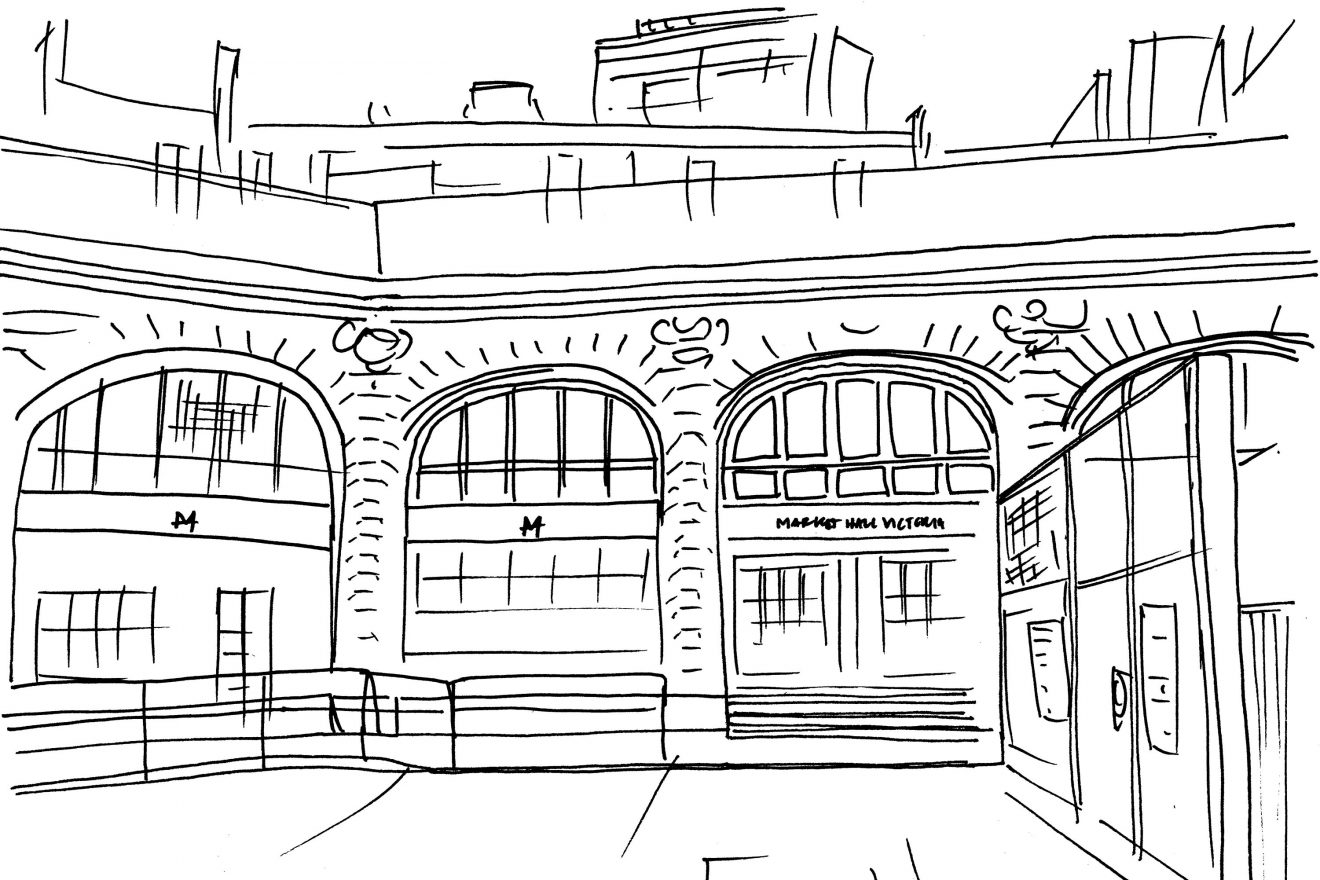 Oh hey. Here are some meals I enjoyed in November.

Contrary to reports, you can eat well in and around Victoria, but you do need to be in the know or have a plan. (*cough* A Wong, Lorne, The Other Naughty Piglet, Bleecker Burger).

The recently opened Market Halls makes things easier and more spontaneous: tucked just behind the bus stops opposite (one of the) train station’s exits, this is a well-decked-out food court replete with possibly the best line up of names in London’s ever-growing food court/street food/hot food on the go scene. In my opinion the stars are: Gopal’s corner, from the people behind my beloved Roti King, who offer a killer menu of Malaysian dishes; Koya Ko for udon noodles and many of the other enjoyable trappings at their Soho and Bloomsbury sites; Bunshop, whose baked and steamed buns filled with things like mushroom rarebit are utterly delicious, but perhaps a little awkwardly priced; plus Flank and Monty’s Deli’s (I’ve eaten their scran many times before, but not here yet).

That said, rather than this being a platform for thrusting future stars of fast-casual, it does have the feel of a top-down, this ‘works in a restaurant so lets expand economically’ offer. In the long run, experience suggests the food and vibe at site and stall 2, 3, 4 are inevitably a diluted version of the original. Doesn’t mean Market Halls a bad place to eat; quite the opposite, particularly if Victoria station is convenient to you. But I don’t think it needs to be zoomed to for food hype alone. I’ve more to write on this format, so will save other generalisations for that piece.

So yeah, original sites and owner operated places are pretty much always best. Case in point: Pompette in Not London (Oxford). I was treated to a press lunch last week (so you can add a pinch of salt if you like), but am pleased to inform you that Pompette is A Great Place To Eat, and indeed drink (the name means tipsy). The chef, Pascal Wiedemann, was in the starting team at Terroir, and headed up 6 Portland road when it opened, too, and he’s brought his generous, balanced and skilled European bistro cooking to his first restaurant proper.

You know you’re in for a good meal when it begins with anchovies set on butter that’s been sliced as thick as cheese, handkerchiefs of exquisitely sourced charcuterie, and slightly seared chopped beef flecked with rosemary, blanketed in lardo and topped with a few toasted crumbs for texture. Confirmation comes via a mega pork chop of a quality to please the food snob and a size that’ll sate the diner who’s overthinking ‘value’. Even more mega caramel glazed, creme filled choux bun, with boozy cherries and a bath of warm chocolate sauce. Honestly, it’s excellent. But don’t just take my word for it: Zeren Wilson’s review is spot on.

This charming, higgledy deli on the corner of a literal oasis close to Vauxhall’s exhausting interchange has been the work of Charlie Boxer for a decade (yes, the name: son of Arabella, father of Jackson and Frank); though both Italophile emporium and tables sprawled across pavement sit so well that they could have been there for many years more. That said, there’s been a tweak to the food offer over the last couple of months, as Emily Dobbs has moved in. The menu is in the honest, flavour-forward style of Leila’s in Shoreditch and Towpath in Haggerston: when I went, things like potted brown shrimp; bracingly pickled quince, ricotta, watercress and speck; and Tuscan sausage with pumpkin oil-finished lentils and chestnut aioli. It changes daily, though, and expect hints too of Emily’s Sri Lankan expertise, with pilau’s, dahls, egg curries, mattar paneer with bulgar wheat and more. A boho bolthole, I found it a lovely place to escape.

Just a note on a lunch at Fare Bar + Canteen in Clerkenwell (as I need to return for a meal in the downstairs restaurant to know more). This is the latest venture from Michael Sager (of Sagar and Wilde). And it’s interesting, because in an age of every restaurant having a PR-able ‘concept’, I don’t this bar / restaurant has a clearly defined one … beyond ‘let’s serve nice food and good drinks in a clean space’. AND THAT’S FINE.

What it does have is a U-shaped bar on the ground floor, decked out with multiple wines and cocktails on tap and home distilled tonics (which are excellent). We ate flatbreads topped with aubergine (needed salt) and loads of fresh herbs; a fried mackerel sandwich that wasn’t edible as a sandwich, but again that’s fine and was fully enjoyable, not least because it was once again packed with fresh herbs and yoghurt; a nicely spiced and chubby kofte on hummus; broccoli and tahini. It was fresh and contemporary and while not ripping itself a new mark on the culinary map, a perfectly good place to eat; well suited to the edge-of-city location. Feels like something you’d find in Melbourne. Will return to eat downstairs one evening. 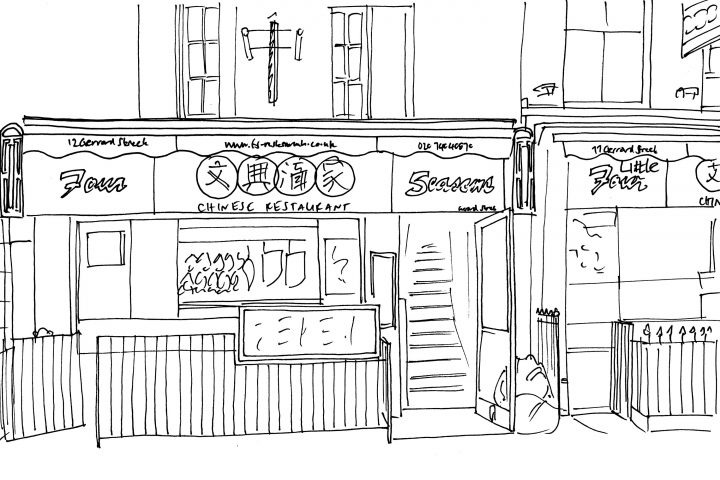