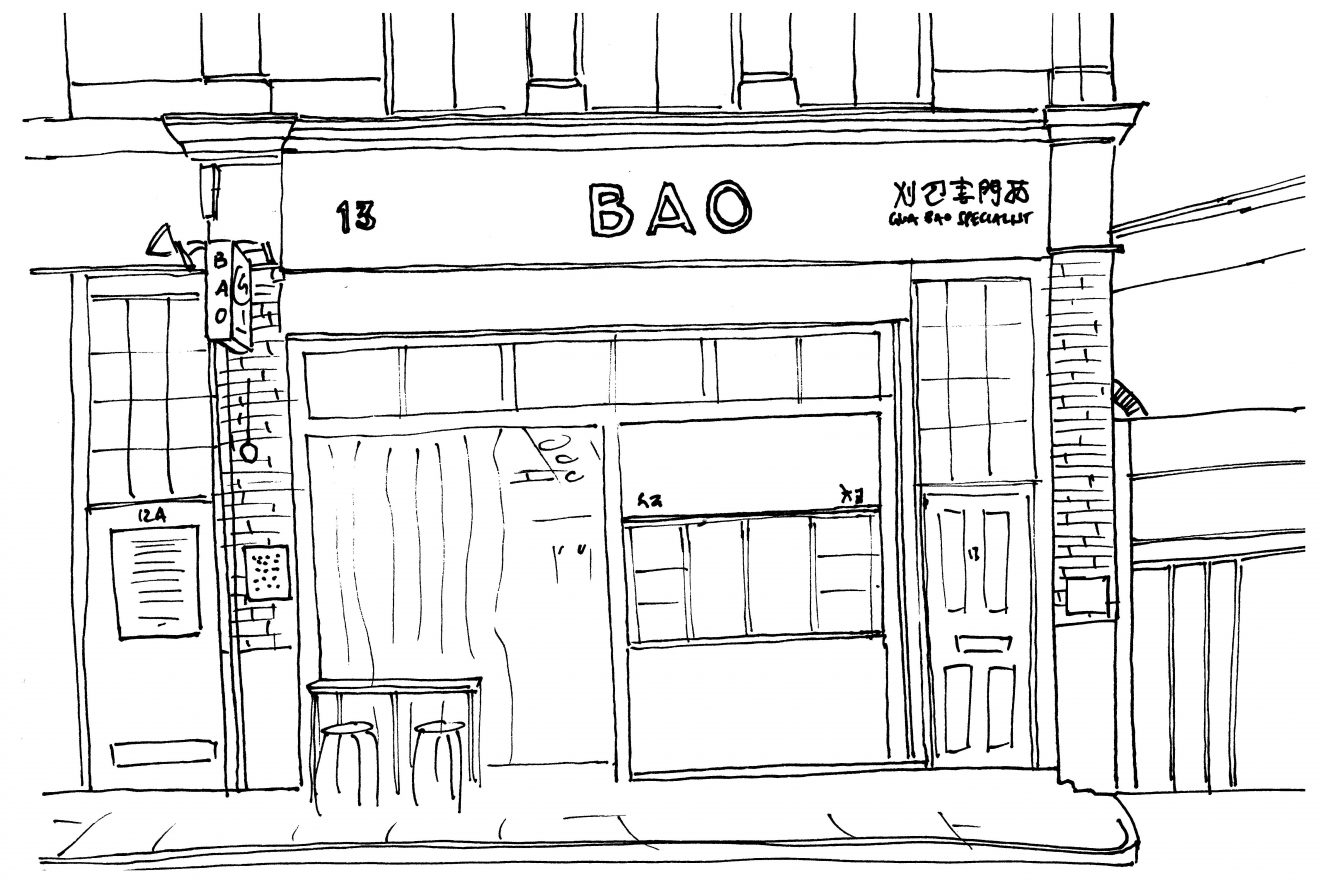 Some of the places I ate during the course of May 2019 include:

A new BAO! At Borough Market!

Two of my favourite things, mashed together …

The team behind BAO continue to move onwards and upwards, rather than simply copy-paste the content of their first bricks and mortar success (Soho).

This BAO’s got a karaoke room in the basement and the signature ordering tick sheet has been replaced a by wipe-clean 8bit illustrated menu. There are, obviously, a bunch of filled gua bao (steamed buns) including the classic original but also a few new options: such as a deep-fried puck of Neal’s Yard wastage cheese embellished with curry sauce; a deceptively fiery chicken nugget bao; and one that’s in the shape of a hot dog bun, but also deep-fried and filled delicate, sweet, chopped prawns.

My favourite thing of all was a plate of smokey, mushy, cold aubergine with a couple of panko’d (Japanese breadcrumbed) bao halves. Babaganoush and pita will never be the same, sadly.

The room’s appealing, not least because of the skylights at the back and the hum of the Market out front. Another gem. BrAvO

No doubt many West and North Londoners already know of Atari-ya, who supply sushi-grade fish to restaurants across the capital, but also have a handful of low-key bars and retail shops dotted in unlikely places, like Swiss Cottage, Finchley Road, and Ealing Common. It’s been on my mind ever since I got into ‘London food’, but (apparently foolishly) I’ve never schlepped to one.

So I took the opportunity when passing the Ealing outpost a few weeks ago and savoured first class chirashi donburi (various types of sashimi over a bowl of sushi rice); you don’t have to be an expert (I’m not) to recognise when both quality and cut of fish are above that of your usual; whether the usual is casual or haughty. We also enjoyed superb agedashi tofu — crisp cubes of silken tofu in a multi-layered dashi broth.

There’s much to be explored on the menu (from sashimi-topped fermented soy bean ‘nattō’, to simply trialling their more plain vanilla options) and will be back.

Like great sushi but can’t be arsed with the flash and pretension of central London’s offering? This is a relatively rare ‘neighbourhood’ sushi restaurant worth travelling to.

The Hart Bros (Barrafina, El Pastor) group have opened an outdoor but mostly covered concept on the terrace next to their Coal Drops Yard restaurant.

Concept is a key word, here. For this is different to most restaurants in that you’re expected to do the cooking — on an impressive and impressively hot grill positioned on the table once you’ve placed your order.

Early days (and an #invite) when I went, but things to grill included pluma Iberico, rump steak, langoustines, carabineros, scallops and a few vegetables too. Simple but high end which went well with a couple of good sides (supremely-dressed gem lettuce wedges especially). There are quality Barrafinaesque snacks before the BBQ arrives (and prepared for you), and I felt the idea well executed and setting spot on — sun or rain Parrillan feels like a luxurious escape, and there aren’t many better ways or places in this city to eat a gently paced al fresco lunch or supper.

NB I like to cook, so maybe this is My Kind of Thing more than it will be for others? You can’t really go wrong, though. And either way, there’s no washing up.

Popped into Market Halls again. I’d still err towards my “best to eat in the main restaurant of Monty’s, Baozi Inn, Koya etc if you can” opinion, BUT the place was buzzing and it feels more and more like a gem of an eating-out resource.

The Marksman’s Bunshop has gone, replaced by Soft Serve Society’s fancy Mr Whippys — and much as I love their filled buns this feels more appropriate and also balances the overall offer. Gopal’s Corner was super popular and the fresh pasta place (Nonna’s) also looked to be pleasing many.

We ate colourful (and decent) dumplings from Baozi Inn, plus a great fried chicken burger and brisket massaman smothered roast spuds from Flank. Both good.

London’s moved on from the ‘street food’ term and trend and now have a plethora of food courts. And this is the city’s best one. Probably.

Speaking of returns, I sneaked another lunch at Som Saa at the start May and had, quite possibly, the two best dishes of the whole month: five pice and soy based pork in a fragrant, garlic heavy broth with a fruity fermented chilli sauce on the side to add to taste; and their Yam Pak herb and fruit salad, full of fennel, radish, raddicchio, and less familiar funky cucumbers, star fruit, and tempura herbs, all dressed in a sharp tamarind and sesame dressing. Both were beautifully balanced and enlivening. Superb. 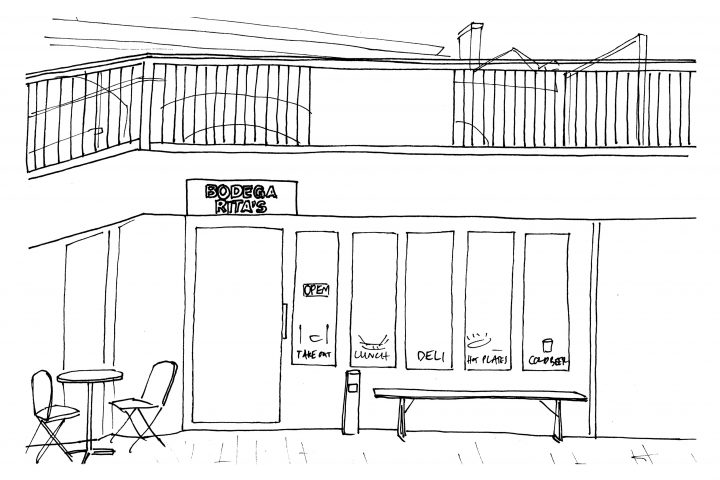