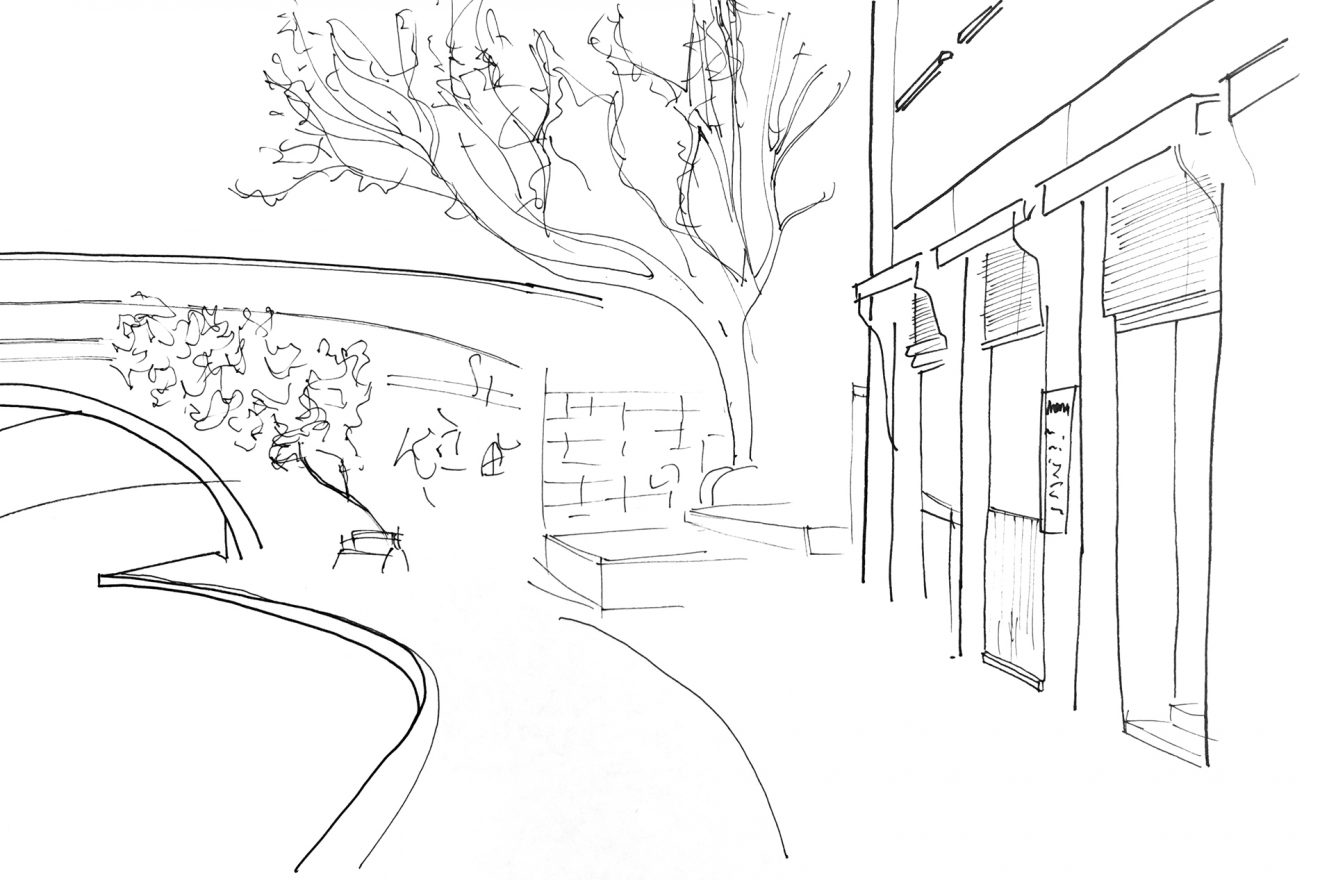 July was hot, man. But you know that already.

British convention (well, the foodie press) would have us running for ‘the best al fresco eats’, which is obviously nonsense as our outside spaces are not really set up for high temperatures and blazing sunshine; the parasols are inadequate, and the pavements full of petrol fumes.

I mention this because a Dubai-based friend messaged asking for outdoor eating recommends for an upcoming trip (well, specifically ‘somewhere to have a decent lunch and drink rosé). Which, notwithstanding the conclusions above, got me thinking: where are the genuinely good eating spots you don’t tend to see in the googleable lists? (i.e. not Rochelle, River Café or Petersham Nurseries)

Answer: Luca has a beautiful and not-too-hot terrace; Noble Rot has seats out front, and not too many cars going past; Barrafina on Drury Lane has seats and big parasols and the traffic isn’t awful; conversely, the traffic on Dean Street going past Quo Vadis, Barrafina and Duck Soup is terrible, but I think we can mark this down as Soho bustle and suddenly those seats are covetable.

Then, of course, there’s my favourite, the place that I actually did regularly eat on those sunny days in July: Towpath, on the Regent’s Canal.

If you’re sensible, you’ll aim for a lunching seat at the tables within the hatch in the wall, and then branch out to a sunnier place later in the afternoon. Last week I ate a killer plate of scorched frigitelli peppers topped with smoky, taught anchovies and chopped egg, all sitting in a puddle of vinegared pepper juices; and then fresh, first of the season, grilled sardines with a simple chopped tomato, cucumber and coco de paimpol salad. This morning, a napoli sausage sandwich, in which the sausages were sticky, dense and herbal, the sauce piquant and a little spicy. So good.

Again, you probably knew all that already. But in case the next month or so remains balmy, all you people with proper jobs should note that Towpath opens for dinner Thursday through Sunday, which is much more civilised than trying to get lunch there on a hot weekend (and there really aren’t many better places for al fresco evening dining in London).

You know how on your list of restaurants to go to, there are always a couple that permanently sit near the top, but, inexplicably and sometimes embarrassingly, they never get crossed off? Pidgin and Portland were on mine. They still are, really, but I ate at both of them in July as a guest — Pidgin was celebrating its third birthday / some jazzy new windows (and kitchen); and Portland are making moves to ensure fine dining is even more accessible, and held a dinner to show those moves off.

In both instances, it was one heck of a treat.

Pidgin changes its menu every week. Completely. Which would be one thing if they were cooking good seasonal ingredients simply, tweaking the menu as the products change through the year. But the dishes are not simple. Rather, they’re super-inventive, taking influence from all rounded corners of the globe. For me, the dish of the night were coco beans and charred tenderstem, slicked by ajo blanco and punctuated with gratings of bottarga; and a brandade-stuffed ravioli, topped with two sauces, one sorrel based, the other a, well, I don’t know what. It’s clever, quirky, cute, and worth a visit whether you’re Hackney-based or otherwise.

Portland’s highlight might’ve been mead-glazed Aylesbury duck; the breast roast on the crown to a perfect pink throughout, the legs cooked slowly and then enveloped in pastry. That came with a garden salad packed with flavoured leaves and flowers, and was preceded by all sorts of great snacks: pickles, chicken live pate on chicken skin, squid buns, first class cod’s roe and sweetened onions. All so classy.

They both remain at the top of my list. I really will tick them off properly soon. And would recommend you do too.

A brunchy-lunchy sort of summer bean yellow curry hit the spot at Esters, the excellent coffee shop and cafe on a back street in Stoke Newington. I was mildly bummed that I was there a day or two too soon for their char siu pork, house made hoisin, milk bun and green breakfast and will certainly return for French toast that looks like it gives M!lk’s waffles a run for their money. Locals are lucky to have coffee, cookies and cooking of a pretty decent calibre. So one to tell your mates about, or to stop by yourself should you be nearby of a morn.

For more central wanderers, take lunch at Carousel if you’re ever in the Baker Street area. Known for curating and facilitating an ever-changing line up of talented guest chefs, it turns out Carousel also offer a well-priced, playful and flavourful lunch menu. Those guest chefs get to use a talented brigade of resident chefs who, in turn, must enjoy learning new and exotic ideas and techniques. Carousel’s regular but always changing lunch menu surely reflects this eclectic petri dish approach. I enjoyed ‘uge chiccharones-style cod skins and roe, ridiculously moreish onion crisps, an beef tartare with almonds, almond sauce (again – see Pidgin) and sorrel, a pollack, gooseberry and green strawberry ceviche, and super succulent grilled chicken with a puddle of fermented tomato sauce. Plus great sides. It’s a very reasonably priced medley of innovative snacks and small plates, big plates, Italo-British pasta and cheap puds … and for those who can’t deal with that sort of choice at lunchtime, you can just lay £25 down and let the chefs do the choosing for you.

Finally, my second chicken lunch of the month came via Casa do Frango, a new Portuguese-style chicken and chips grill on Southwark St. I’ve previously gone on record about chicken and chips being the brainwave I keep having and not acting upon, and (grrrr) whoever is behind this has made an enviably strong stab at it.

I *think* that what makes Portuguese chicken Portuguese, is that a bird is split in half, marinated (oregano, piri piri), and grilled. That’s what they do at Casa do Frango, anyway. And the main event is pretty good: the chickens are cooked over fire (of course, in 2018 no new restaurant is allowed to use anything else) and have a pleasing charred flavour as a result, plus particularly succulent legs and thighs. Chips (fries) were excellent (bronzed, crunchy and flavoursome), and our choice of simple sides (tomato salad, butterhead lettuce) worked a treat. It’s fair value (£9 per half chicken, then they catch you with the sides £3-5) and the space is enchanting as it makes stellar use of the top floor of that warehouse at the back of Borough Market that’s been falling down for a decade, but is now absolutely prime — all high, vaulted glass ceiling, exposed brick and long tables that make this ideal for group eating.

And that’s the key point: this is spot on for convivial, fun, cheapish eating. I’ve no idea how ‘authentic’ to the ‘concept’ Casa do Frango is, and it’s not going to change your life. But you could and should meet up for 3, 5 or 7 others, have chicken and chips, a few other sides to share and a couple of measures of the Super Bock, and be out for £25 a head.

The starters we tried were clunky: octopus rice that was oversalted, plus stodgy and soft on the outside and still nutty and undercooked within, suggesting a too hurried boil; and grilled garlic prawns that had been left on the grill for too long. I’d avoid and max out on the draught beer and maybe a pasteis de nata to finish.

NB, Portland, Pidgin, Carousel and Caso do Frango were all #hashtaginvites. So (a) lucky me and (b) you’re welcome to take my words on those with a pinch of salt, though I believe I have been objective. Recent non-freebie restaurant thoughts can be found in the Xi’an Biang Biang piece, and a post on Cora Pearl that’ll follow soon. 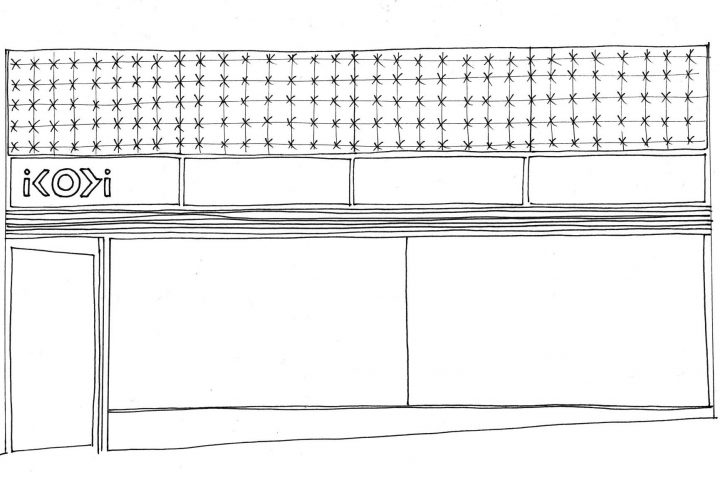