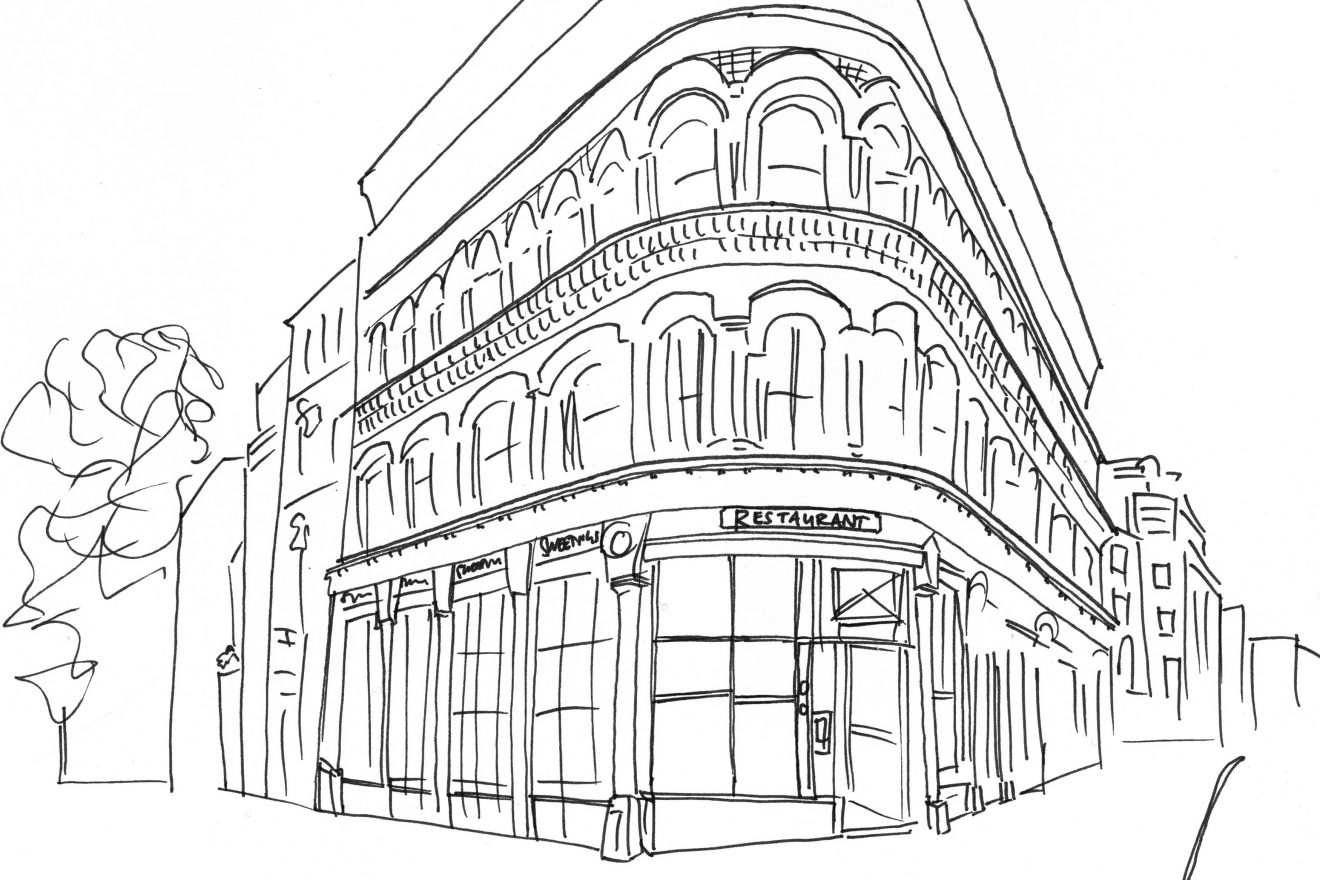 A few weeks ago a friend and I headed to Sweetings for lunch. It’s not a trendy spot, and is probably off the radar of many. Yet it ticks all the boxes: no reservations; buzzing, near boisterous; a one food group specialist (fish); the menu merely a list of ingredients; and snorting distance from The Ned.

The thing that separates it from so many other, more calculated offers, though, is that this restaurant drew those squares.

The original Sweetings opened in 1830 and has been on the present site, between Mansion House and Bank, for over one hundred years. It’s full all the hours that it’s open (“Monday to Friday, lunch time only” — which is about 12pm to 3pm, should you be so junior as to have to ask), with oysters, dressed crab, lobster bisque, skate wing and turbot the order of the day. These simply presented luxuries are lapped up by the City types who eat there; the room is never knowingly without at least three sets of red braces.

At first glance and possibly final chew you’ll be mindful of a particularly loud and bawdy flaw: the prices don’t exactly feel avocado on toast Millennial or even lucky bastard Generation X property boomer friendly. Starters are generally around £13, the more attractive mains £23 to £30 before sides, and your bill will be north of £50 should you deign to enjoy two courses and one glass of buttery white Burgundy whilst tipping appropriately. After parting with that cash, you’re unlikely to feel as though each bite was suitably sensational or revelatory; not only can you forget invention or flair, there’s every chance you’ll have had the same fish cooked better for a fraction of the price elsewhere.

And yet … and yet … Sweetings is a restaurant of note and one to add to your list.

Service is pure theatre: there are more front of house per customer than the aforementioned Ned, which is saying something. Half are entrapped behind wooden panelled bars, cajoling orders from six to eight people at a time. The rest are deployed as runners and fluffers in vaguely ordered chaos, which seems to mimic commuter stations at home time. This legion and their PAYE, is, I suspect, where most of the moollah goes.

And whilst the food and its presentation is plain, it’s also historic. So often, now, we read (and write) of St John as the genesis of London and indeed Britain’s restaurant scene — there would be no ‘Modern British’ without it. The simplicity of the Clerkenwell HQ room, its menu, the whole package, continues to enthral. The whole Nose to Tail eating thing is rightly revered and copied. So many of the best newish restaurants, restaurateurs and chefs trace their lineage back to Fergus and Trevor. So though The River Café is older (1987), it does feel as though there’s an epochal line that could be drawn at 1994, with all restaurants labelled “Before St John” and “After” as appropriate.

But whilst we can agree that there’s a line, we should also remember that there was a BSJ.

Moreover, frankly, without Sweetings (164BSJ), no ASJ would exist.

St John’s famous, much-copied, terse menu style is straight off the Sweetings page — like, even to the detail of the Times New Roman font on its crisp white background.

No doubt Fergus would acknowledge the inspiration. He mentions it at the beginning of Nose to Tail, and there he is, in a frame on the wall besuited in three-piece pinstripe; a look that is now so him, but also so the other Sweetings regulars. Long-serving waiting staff murmur him as old friend, devotee and deity all at the same time. He popped the question at the bar we were sat at, apparently.

For our lunch? The Full Fergus: fat scampi (half of these large prawns breaded, half grilled) and bacon, washed down with solid silver tankards holding Guinness and champagne (“Black Velvet”). Was it good? Oh yes. Without frills, yet strangely glorious. Important. Box ticked.

Ye Gods, London’s restaurant scene has improved in the last 5-10 years, let alone quarter century. But there are old, knowing friends out there, some of which go way, way back. They’re obviously flawed (there are better meals and better value meals to be had) yet they’re redoubtable too. I wonder where we would be and what we would have without them.