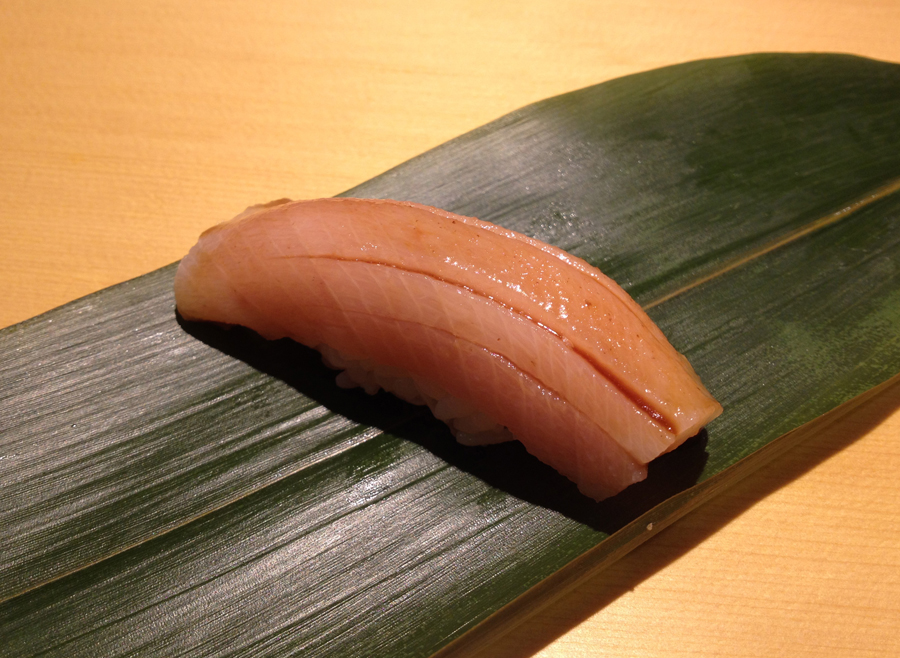 I have previously said that skiing and sushi are beyond economic rationale.

That was obviously a flippant comment. It wouldn’t take long for a pedant to put together a sound analysis of costs and market forces to show that both of these activities make sense from a business perspective.

What I really meant was that, when it comes to spending money, there are some things that you shouldn’t agonise over, however jaw droppingly expensive or excessive they appear. For me, both heading down a snow covered slope at speed and eating raw fish fall firmly within that category. They are luxuries that, even when I can only just afford them, I prefer to forget cost and enjoy, rather than worry about ‘value’ and what else you could do with the cash.

Which brings me to a £90 lunch I had the other day at Sushi Tetsu in Clerkenwell: two and a half hours of eating bliss that I wouldn’t exchange for ten meals at the average sushi restaurant in London, let alone the two or three that you could have for the same price.

Much has been written about Tetsu already. This, and the fact that (a) there are only seven seats and (b) it’s blooming ace, explains why the restaurant is fully booked for the next two months (and why April will sell out as soon as reservations are released).

There are a number of reasons why I thought lunch at Tetsu was bliss:

What, you want more detail?

It was one of those meals of which a chronological narrative would be dull and would fail to do justice to the experience. There were multiple highlights and each round seemed to replace the previous one as the favourite course.

As I look back, a special sashimi platter of turbot, sea bream and monkfish liver set a high standard from the start. Though it was eclipsed by the larger, second set of sashimi; diagonally cut chunks of yellow tail, thick slices of superlative medium-fatty tuna and Skandinavian marin marinated and blow torched mackerel stood out.

Maybe the rice for the sushi was a little below the perfect temperature towards the end of our meal, but the fish, scored where necessary so as to fit the shape of the nigiri, dabbed underneath with a touch of wasabi (freshly ground on a rough board through the course of the meal), then stroked with a soy sauce, was always awesome. Pale grey fatty tuna, more marble than protein, soy glazed then flamed, was outstanding. The yellowtail (pictured above), was also superb: slightly smoky, slightly sweet, and with the texture of firm butter. A hand roll made from a mix of mashed fatty tuna, chopped lean tuna and strips of pickled daikon has pretty much ruined all other tuna hand rolls for me from now on.

Fish of the highest quality; precision, craft and a touch of theatre; an intimate but never awkward eating experience. If you really must stop to think about it, you will realise that Sushi Tetsu is absolutely worth it.

There are also sushi and sashimi sets in the £20-40 range and a la carte is also possible. Prices are in line (pro rata) with the omakase.