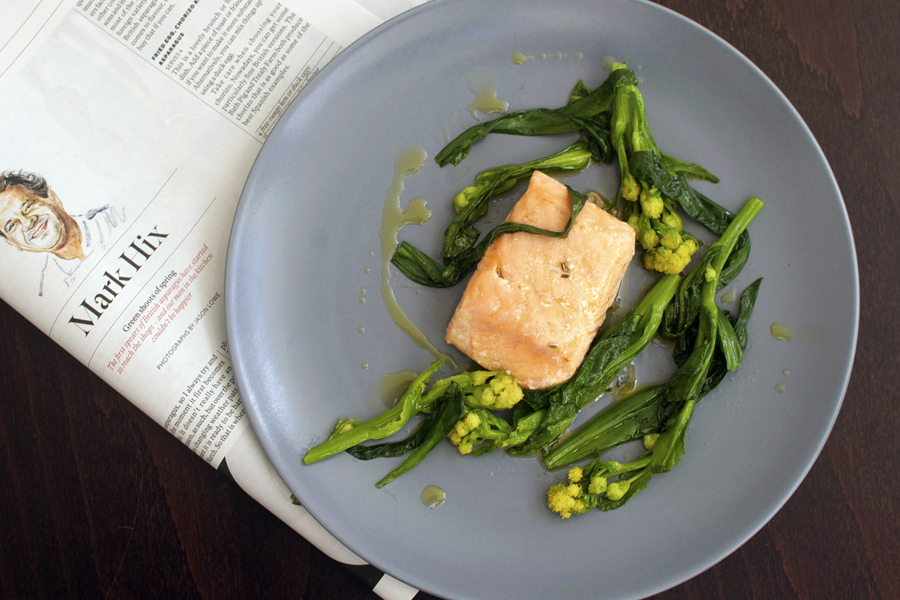 Seven days ago on these very pages, in plain but soothsaying English, you read: “expect wild garlic and asparagus to muscle their way in from next Saturday”. Sure enough, Hixy rocked an asparagus column, which included a salmon with asparagus and wild garlic number. I should start playing the Euromillions.

However, just because I foretold it, doesn’t make it right. I’d say an asparagus led column is a week or so too soon. For whilst the supermarkets are all proudly displaying stiff, green spears, they’re pretty much all from Mexico and Peru. Let’s wait until the English stuff really does start to poke through to the retail shelves before we home cooks start cooking with ‘gras.

After a couple of months of running this feature, I know who I turn to first. Which means it’s interesting when good stuff comes from new faces, or from those places I don’t immediately look to.

The newest incumbent of Hugh Fearnley Whittingstall’s Saturday Guardian slot is Mary-Ellen McTague of the Cumbrian restaurant, The Aumbry. I’d seen on twitter that she has a no nonsense way with words and, indeed, her prose on and ideas for making and using curd cheese was refreshing in its use of normal English. Even the sub-headings (“stuff to do with your curd cheese”) evidenced a move away from the floral expression of some food writers.

One of my favourite chefs, Nuno Mendes, made a rare appearance in print. He’s a paragraph or two on walnuts tucked at the back of the Guardian’s ‘Cook’ supplement.

I don’t normally find Bill Granger’s Independent on Sunday recipes that inspiring – to be fair, I’m not his target market. But, this week, all of his recipes were intriguing and tempting. The theme was cooking with non-wheat flours. Which produced chickpea flour pancakes with spiced carrots and cauliflower; a rye loaf packed with seeds and hazelnuts; and a spinach and feta tart with spelt pastry.

Xanthe Clay presented a selection of Clarissa Dickson-Wright’s recipes in the food pages of the Saturday Telegraph. Do have a look. I enjoyed Xanthe’s blunt but fond and totally appropriate summation that this formidable character has “gone to the great pheasant shoot in the sky”.

The usual suspects provided temptation too.

Diana Henry’s coconut based recipes in the Sunday Telegraph ‘Stella’ supplement were all appealing. I reckon a Vietnamese inspired dish featuring white fish, dill, coconut and basil and mint is one to bookmark. Chicken, coconut and ginger soup looks like extreme comfort food.

Rowley Leigh in the FT was good this week. A smart column on bottarga and then a persuasive formula for quality spaghetti with shaved bottarga – that sneaks in as a primi on this week’s menu (which is otherwise un-Italian).

Nigel focused on boiled ham. His main recipe for boiling the ham uses perry as the cooking liquor. I don’t doubt that ham matched with pears and honey is enjoyable, but I’m still unconvinced that ciders, cola etc really do make a huge difference to the taste of a whole joint. His idea for stuffing ham and Tunworth into roast shallots, however, is inspired.

Yotam was all about spice blends.

Emma Gardner’s baking glossary on her Poires au Chocolat site was the best thing I saw in the blogosphere over the last few days.

I thought Gizzi’s roast lamb with flageolet beans and Dauphinoise potatoes was an excellent one-stop shop for Sunday lunch inspiration. Nothing new, but one of my death row meal options. It was also interesting (going back to my opening theme) that she suggested you don’t just have to cook asparagus if you want something green at this time of year. In this case, she was referring to leeks.

On that theme, I cooked Mark Hix’s wild garlic and asparagus with oil poached salmon. Save I didn’t use asparagus, as my excellent local greengrocer had not got hold of any English stuff. He did, however, have some rather stunning looking yellow sprouting broccoli. I’ve long thought that for every asparagus dish you see, you could use sprouting broccoli instead and be just as happy.

The real reason I cooked the dish was to try poaching salmon in (rapeseed) oil. A technique I’ve seen a lot, but never tried. I don’t actually think Mr Hix’s method is quite detailed enough (if I followed it to the book, I would’ve been ‘poaching’ the salmon in oil that had reached 120C – too high, surely?). I adapted the method to a lower cooking temperature, and the result was very enjoyable.

More importantly (probably), I have fallen in love with that yellow sprouting broccoli – the stems, blanched and then finished with rapeseed oil, hazelnuts and wilting wild garlic, is my new favourite seasonal vegetable dish. Asparagus? What asparagus?

Flageolets with rosemary and garlic 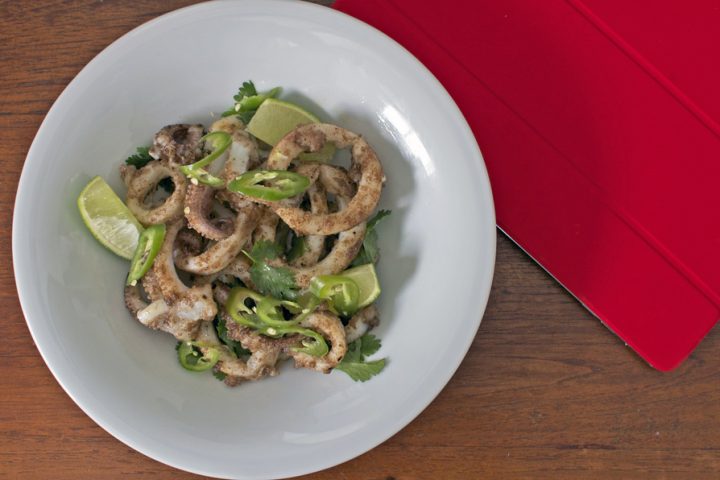 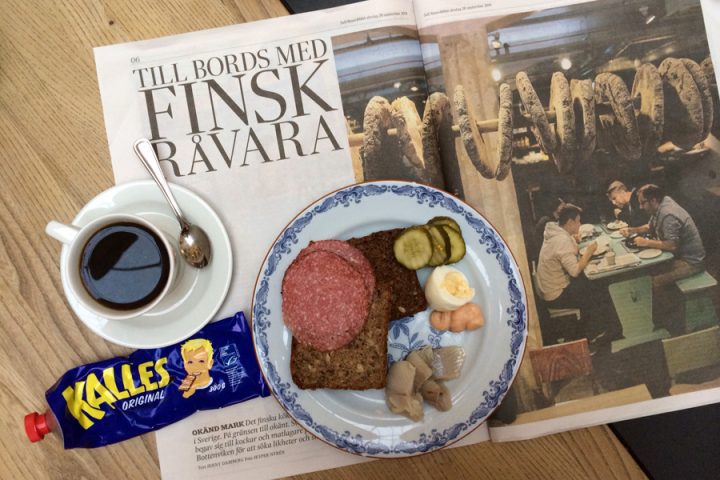 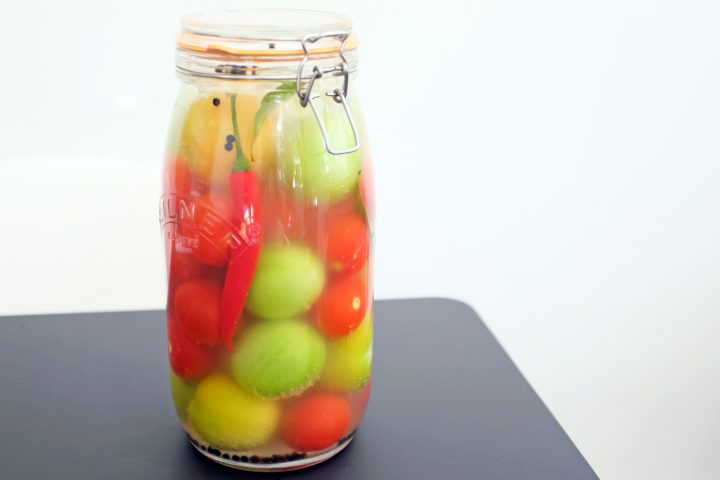