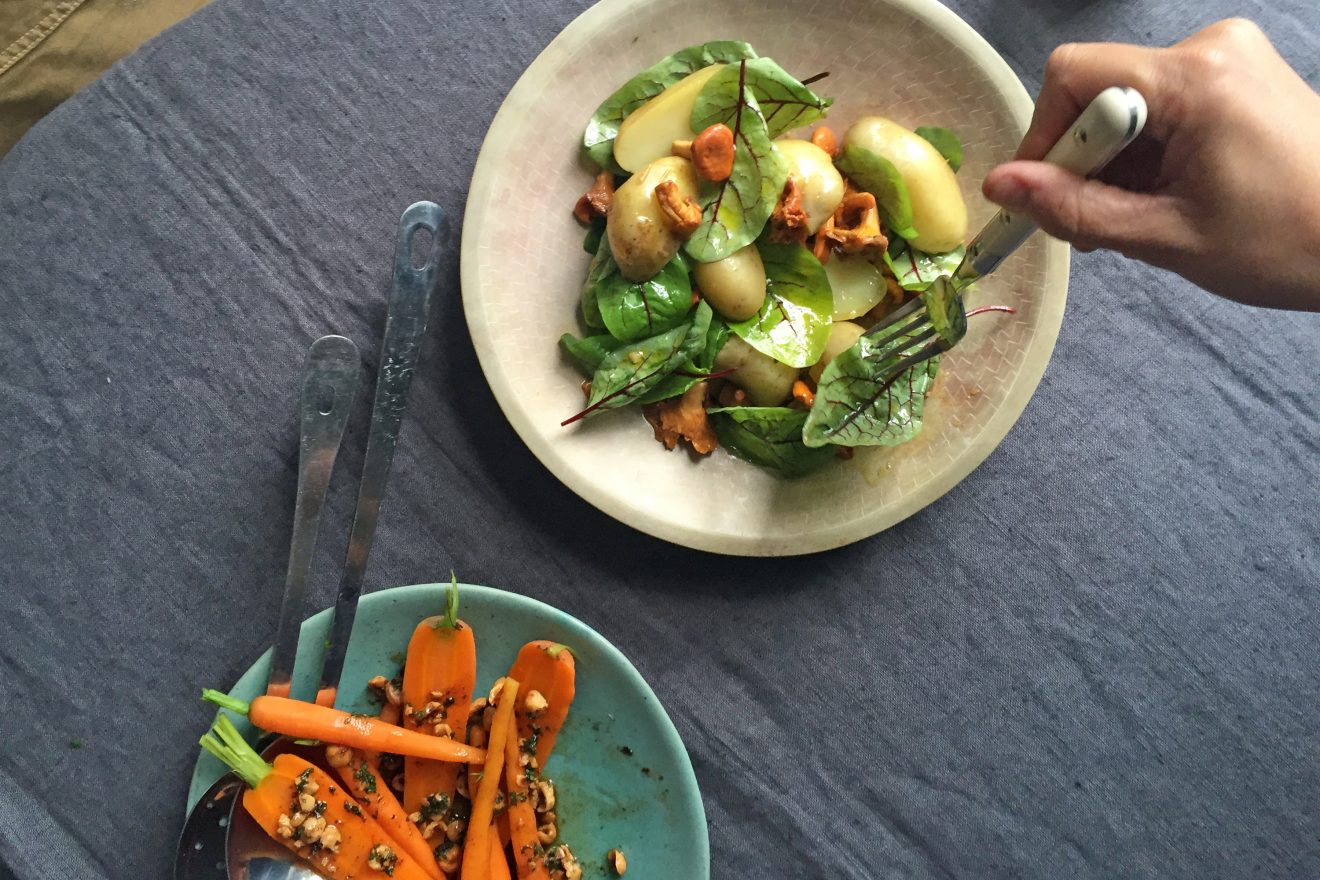 I’m sure some people like to just get down to the recipe and are happy with a few ingredients and a perfunctory method. But I prefer to be led to and through a dish. A bit of background makes you want to try things, no?

The word count in the rather excellent FT Weekend Magazine was high this weekend, which definitely pulled me to Rachel Roddy’s Sicilian caponata and almond brittle. I should disclose that caponata is one of my death row dishes (though the menu for that event is not particularly light or focused at the moment).

In the same supplement, Fuchsia Dunlop was also able to give context to her sea bass baked in lotus leaf recipe. Fish stuffed with pork belly and preserved vegetables then baked in a fragrant leaf. Ooof.

And it was a joy to read The Telegraph’s Stephen Harris on the subject of gurnard and how to make it taste awesome. Answer: bake it in salt, and serve with bouillabaisse sauce and braised fennel. (The recipe of the weekend, btw.)

Compare and contrast with the recipes in The Saturday Times. Donna Hay’s berry desserts were actually pretty decent – I like the idea of strawberries sweet pickled in white balsamic, and various blackcurrant cheesecakes and pies. But whilst there were glossy pictures, no words screamed ‘make me’.

For the same paper, recipes from a book titled ‘fermented’ by Charlotte Pike were fine. But they were printed without any meaningful introduction, so just seemed like generic Asian dishes (tandoori chicken with yoghurt, miso chicken with pak choi). I would have loved to know how the author sees them in the fermentation umbrella (of course I can guess), and why we should cook them.

There was no introductory prose for the ‘only four’ halloumi salads you ever need. Maybe because there is no answer to the “why would you make even one salad out of a salty eraser?” question, so better to fudge things.

I should end this moan on a positive note.

New words can legitimise even the oldest recipes. The Observer Food Monthly’s article on, and classic recipes from, Sally Clarke are the perfect example of this. Do we need a leek vinaigrette recipe? Probably not. But her intro gave the recipe life. Similarly, her advice to fully bake apricots (“apricots can’t be half baked … so a soft, slightly melted look is what should be aimed for”) made me want to cook it, and know what to look for.

There were a few final throws of sunny recipes. Presumably in the confidence/hope that we’ll have a week or two of rain, then a brief but glorious Indian summer.

Nigel Slater’s OFM recipes were ‘cooling’ ones. I loved the idea of skirt steak with ponzu dressing, edamame and bonito flakes, and tomato and peppers with a toasted hemp ‘pesto’.  He also cooked up some polenta base pizzas. Which looked nice. But, you know, not as nice as sourdough.

Diana Henry suggested Sunday Telegraph Stella readers chilled out with some melon. Pork belly with quick pickled watermelon should be good. And a melon granita will go down wonderfully, whether balmy or not.

In Saturday’s Telegraph, Skye Mcalpine set down some picnic recipes. The sweet things caught my eye: lemon and lavender yoghurt cake; and a peach and saffron tart.

Bill Granger’s comfort/default cuisine is S.E. Asia fusion. This Sunday’s Independent saw him visit his happy (and warm) place, with recipes including snapper with spring onion, ginger; and chilli oysters with chilli dressing.

Jamie Oliver’s Sunday Times recipes were brunch themed: pancakes, beans and toms, and popovers. All had a ‘healthy’ edge, and we saw lots of words like “high fibre”, “vitamin C boost” and “muscle function”. Take the ‘popovers’, which are basically cheese and ham fritters: “as well as being super-quick and tasty, cottage cheese, eggs and ham all give us satiating protein, helping our muscles to repair and recover and keeping us full till lunch.” Jamie, mate, you had me at “tasty”.

Francis Quinn’s debut baking book, on the other hand, is deliberately fun. Super cute brownie owls for the kids. Strawberry shortbread cake for me.

Mark Hix put together some open sandwiches (labelled Scandinavian, but in reality only because they didn’t have a top). I quite fancy the courgette, olive and goat curd one. I doubt I’ll ever be drowning in so much lobster that I stick it on toast (but maybe I should?).

There are some good ideas for seasonal ingredients on the American website Food52 atm (yes, different continent, but similar season and ingredients). Not least the okra ideas, and Olia Hercules’ watermelon rind jam.

I didn’t really stop cooking all week. Not least because the first half of the week was spent in the kitchen at Salon. So I couldn’t muster botheredness to try any recipes this weekend. Though of course I had previously tested those of my final Cook Residency piece, which was about making a little bit of an effort with side dishes. Anyone for chervil and hazelnut brown butter carrots, or pickled girolles and sorrel potato salad?

Apricots baked with cinnamon and lavender

Subscribe to the Rocket & Squash newsletter for fortnightly emails. These bring together the latest blog posts, plus a few other things from elsewhere that you might find interesting. Had to skip last week, so the next one will be tomorrow, 25 August. Sign up using the envelope button at the base of the site. 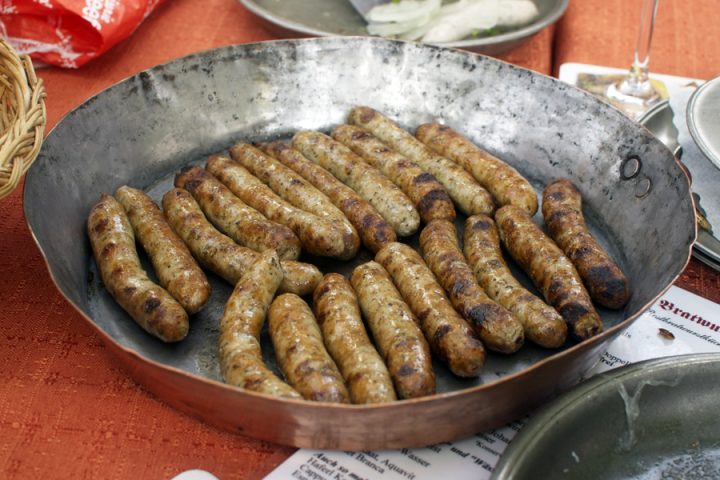 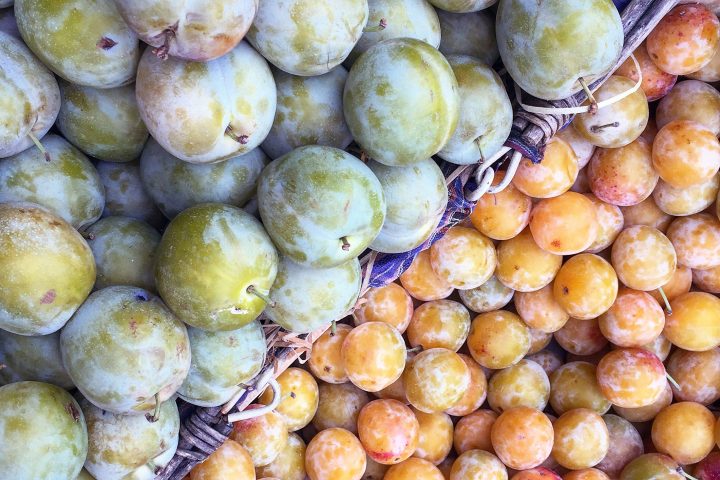 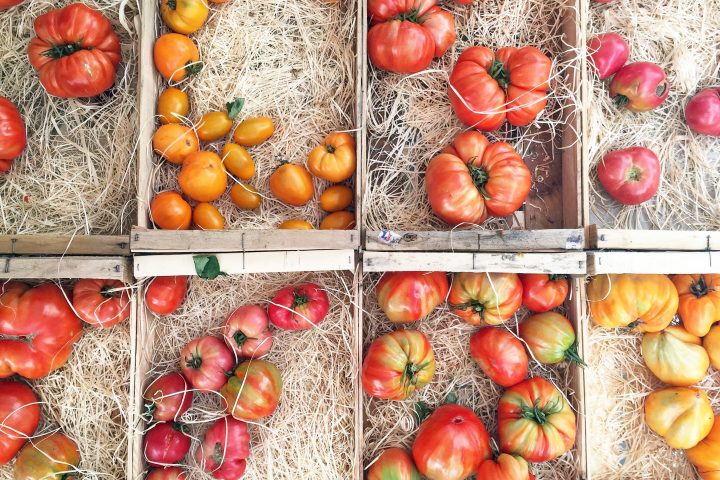