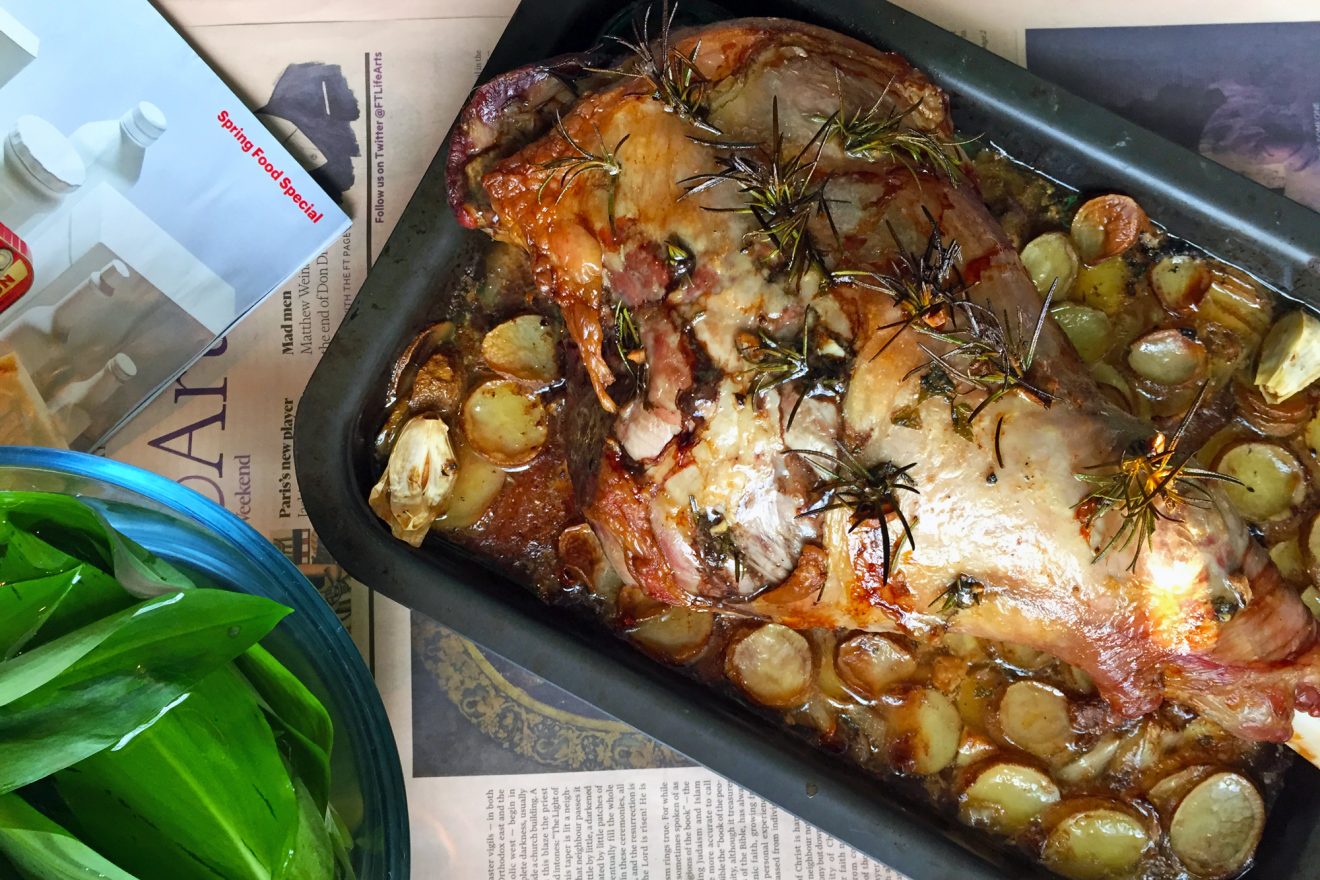 Most of the food pages were Easter themed this weekend. Let’s brush over the fact that we’d all got our menus planned and the shopping was already done, and see what the food writers put out there.

Easter is a time for sharing, wrote Mark Hix in Saturday’s Independent. He then provided four sharing style dishes: a whole baked fish with pickled lemons, a leg of lamb, a roast spiced pineapple, and a whole cauliflower. Try the spiced pineapple – killer combo.

Spanish chef and all round top bloke José Pizarro appeared in the Observer. His Iberian version of a Paschal feast began with cured cod and a fennel, apple and marjoram salad. The main part was slow-ish roast lamb shoulder, which had olives as well as the usual anchovies. Dessert came by way of some churros with a dippy chocolate sauce. And there was a pea, chorizo, asparagus and egg number for a brunch, lunch or supper once the feast has been digested.

The Times featured a selection of ‘The Best Lamb Recipes for Easter’. These included shepherd’s pie, various legs and a burger. Hugh Fearnley-Whittingstall’s fry of lamb leg steak looked good, largely thanks to scatterings of cumin, chickpeas, lemon, grated carrot and mint. It would be a strong option for leftover lamb (particularly shoulder).

Thomasina Miers offered an alternative to lamb in the Guardian: sweet spiced braised oxtail with a saffron risotto and orange gremolata, followed with a St Clements polenta pudding cake. Nice.

Are chocolate puddings what we want at Easter, given the number of eggs that are gifted and consumed? The papers certainly think so.

Rowley’s Leigh’s chocolate truffle cake in the FT Weekend Magazine may have been the weekend’s best dessert.

Or perhaps that title goes to Ravinder Bhogal’s dark chocolate and prune tart with hazelnut pastry, which was among the Guardian Cook’s collection of ten chocolate recipes. Note also the chocolate madeleines with a fudge sauce, and Nick Balfe’s roast white chocolate trick.

Or would Ottolenghi’s tahini and halva brownies be more your thing? That recipe sat next to a chocolate and hazelnut sauce for ice-cream, and a more savoury chilli, cinnamon and chocolate chicken.

Bill Granger’s Independent on Sunday column was also all about chocolate (but, to my mind, didn’t challenge the three puds above). Putting a cardamom cream with a chocolate soufflé was kind of interesting. There are fruit, nut and cocoa ‘truffles’ in there too.

Gizzi’s theme in The Sunday Times was gluten free Easter baking. I reckon her layered chocolate ‘simnel’ cake was the star: chocolate, almond, orange and buttermilk in the sponge; three chocolate marzipan layers; and loads of double cream and cream cheese icing in, about, and over the top. Lovely.

Fear not, there were also a few bits and pieces for those who don’t believe in the message of the Easter bunny.

Diana Henry focused on pistachios in The Sunday Telegraph’s Stella Magazine. A pistachio and lemon cake with ricotta and candied peel looks a bit special. Also, for those already having withdrawal symptoms, pistachio and sour cherry florentines involve chocolate.

Ella Woodward published a handful of healthy dinner party recipes in The Telegraph. Spiced sweet potato cakes with a tomato sauce would be a decent mid week meal. There was an ‘indulgent’ coconut mousse too: basically stick avocado, coconut cream, raspberries, honey and almond butter in a whizzer and “blend until a smooth, rich mousse forms”. (subscript: it’ll taste nice enough, but with no eggs or gelatin to trap air, this is a purée, not a mousse.)

I really liked the look of Jamie Oliver’s crab, harissa and coriander filo parcels in The Sunday Times.

Finally, the best read came via the FT’s Weekend Magazine, which housed a Spring Food Special. Obviously my ten pence on wood smoke tasting notes was the highlight. But (along with Rowley’s chocolate truffle cake at the top), there were also good recipes and reads in there from a host of chefs talking about their kitchen cupboards.

How about Niamh’s ‘nduja ragu with baked eggs over on Eat Like a Girl?

There was a Persian-ish, pearl barley stuffed, roast chicken from Diana Henry’s latest book; chestnut cake and salted caramel sauce from Honey & Co; lamb on boulengere potatoes; Tartine bakery rye and chocolate cookies; loads of asparagus; absolutely nothing from the papers; and all of it was mostly cooked (or at least exec-cheffed) by the Mother Figure. Bliss. 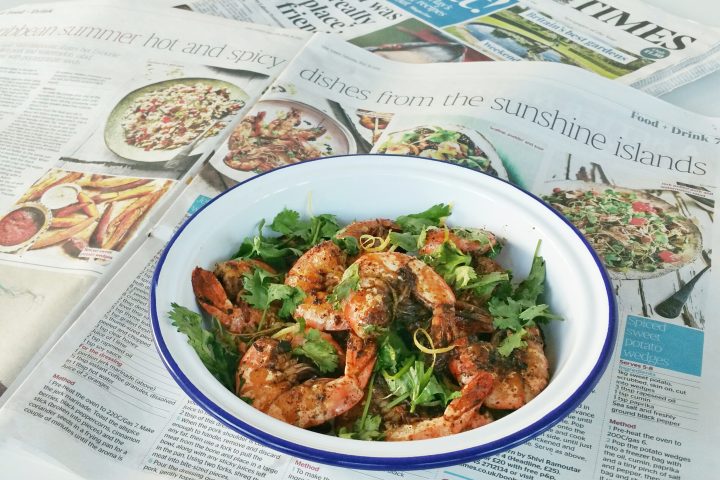