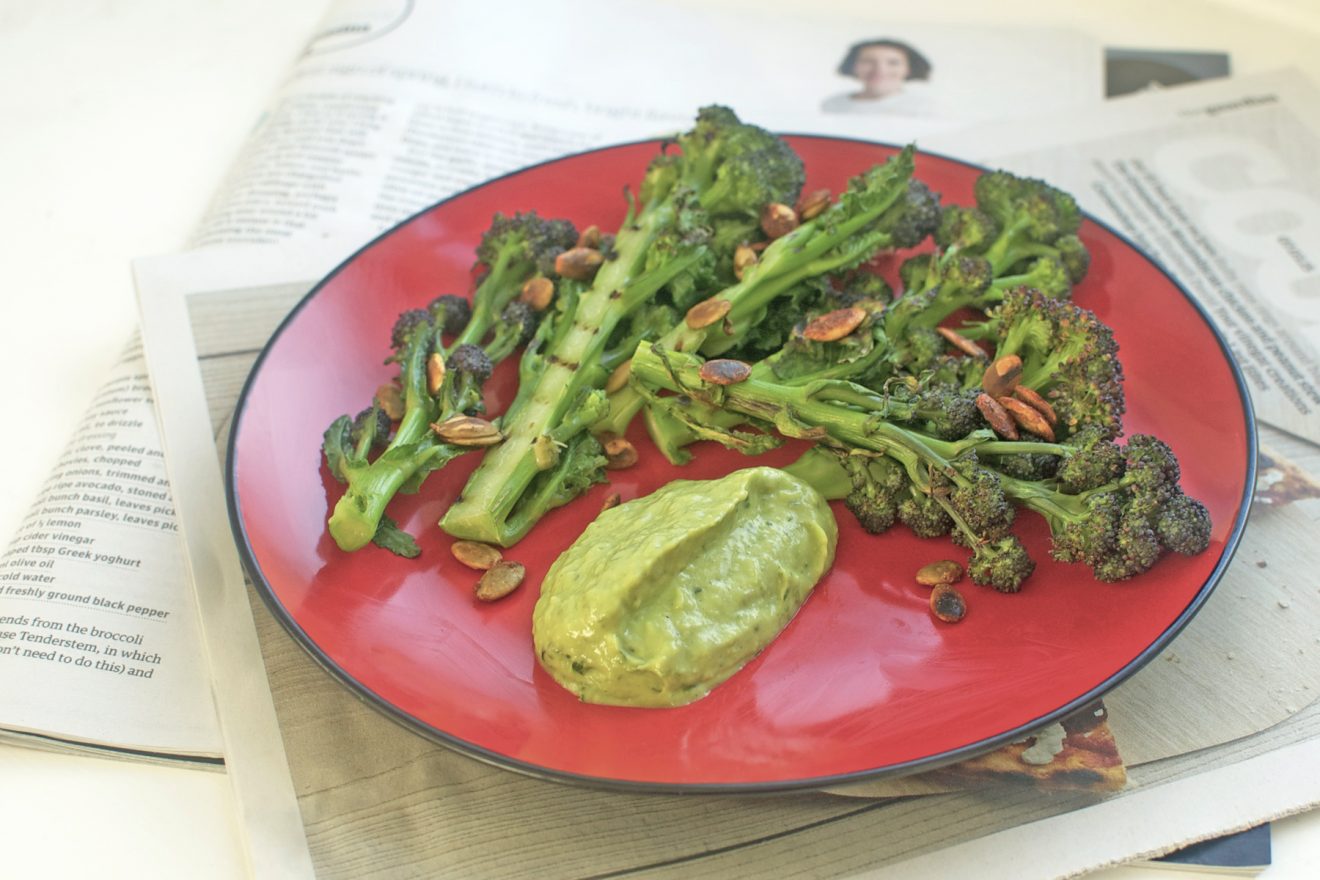 Eyebrows raised at both the top and bottom end of this week’s recipe digest.

I had high hopes as I read through Katy Salter’s introduction to Balkan food in Sunday’s Telegraph, for I knew where it would end up: recipe’s from John Gionleka’s Peckham Bazaar. If I had more time, I might’ve given the plum and potato dessert dumplings a shot. On the savoury side, there was a recipe for rabbit and onion casserole. Nice, I’m sure, though I’d have loved the secrets of his mega octopus dish, lamb adanas or imam bayildi.

Those plum and potato dumplings get ‘highly commended’. But the award for the most fascinating recipe of the week goes to …

… both Yotam Ottolenghi and Rowley Leigh.

Yotam dished up a baked soy custard topped with black pepper mince. This might be textural challenge for some, but fortune favours the brave. (I also like his Sri Lankan ‘Watalappan’ recipe. In part because I reckon it’ll taste great. Mostly because of the name).

Rowley’s offering was ‘Civet de lotte à la Camarguaise’. Which doesn’t fully translate to but is a cuttlefish and monkfish stew with garlic croutons. Imagine fish stock, red wine and ink braised cuttlefish, the jet black liquor glossed with plenty of butter, and then freshened by a sprinkling of chilli flakes, squeeze of lemon and of course thick slices of monkfish. Drink a tannin heavy red as you go, and follow that with a long nap.

Plenty of other good things too.

Any of Gizzi’s spring lamb recipes in The Sunday Times would round a weekend off nicely. Charred lettuce with peas and mint is a great side for a rack of lamb, though my eyes were drawn to Malorcan slow roast shoulder. ‘Malorcan’, presumably, because you get to pour in a bottle of Spanish red, have a long siesta, and come back 6 hours later with another bottle or two (for the table, this time).

There’s a tempting Spanish-y menu from Bill Granger in Sunday’s Indy: basic tapas (romesco, whipped ricotta); a seafood fideuà; and a gorgeous syrupy orange cake, which is the dessert for my fantasy menu this week.

Griddled veg from Thomasina in the Guardian, including hispi cabbage to go alongside a brined pork chop, and purple sprouting with an avocado dressing, of which I mention more below.

Mark Hix wrote about making the most of a chicken. After explaining how to portion one up, he suggested wings and fillets be marinated in gochujang, that legs should be stuffed, and the breast smothered in black garlic and served with a (chicken and wild garlic) broth. (p.s. As sure as spring follows winter, Mr Hix retains his crown of ‘first writer to mention wild garlic’.)

Nigel Slater curated two recipes by Jane Grigson – his predecessor in the role of Observer food columnist / national food treasure. There’s a method for cooking pork tenderloin (wrapped by ham and by bacon), but I’m more interested in the way she suggests we cook Jerusalem artichokes. Essentially, part fry in butter and part steam on account of the lid being on, until the tubers are tender and caramel brown and sticky. Lovely.

This week, The ST hosted three of Jamie’s ‘fifteen-minute’ ideas. He gets some stick for these, but I like to see them as a challenge. So, choose from golden chicken, braised greens and cheesy potatoes; steak medallions, mushroom sauce n stuff; and a Keralan veggie curry, popadoms and rice … and ready, set, GO!

Sack the sub, lynch the writer

I’ve read The Times’ instructions for cooking steak about 30 times now, and I still can’t fathom WTF is going on. Something must’ve gone wrong with the edit, so I’ll give them the benefit of the doubt and assume they actually meant to write that: any cooking time guideline is irrelevant unless there’s a specified thickness; you should definitely buy a thermometer to gauge the exact level of doneness you require; and yes, resting, do.

Of the Donna Hay steak recipes in the same magazine, roasted rib eye with porcini and port sauce was probably the best idea. There were also a bunch of butters and sauces for steaks. I personally like mustard or ketchup … though I’ll concede some of the butters looked butterz.

I made a stab at Thomasina Miers’ griddled purple sprouting and avocado dip, and I’m happy to report it went down well.

Using avocado basically replaces (very easily) the need to make a mayonnaise if you ever wanted a herby green dip. I thought the levels of cider vinegar and lemon tang were bang on and that dropping a teaspoon of soy sauce into a hot pan sunflower or pumpkin seeds (so the soy bubbles away leaving the seeds coated and moreish) was a revelation. Not sure if charring the broccoli on a griddle is an improvement on blanching, though. 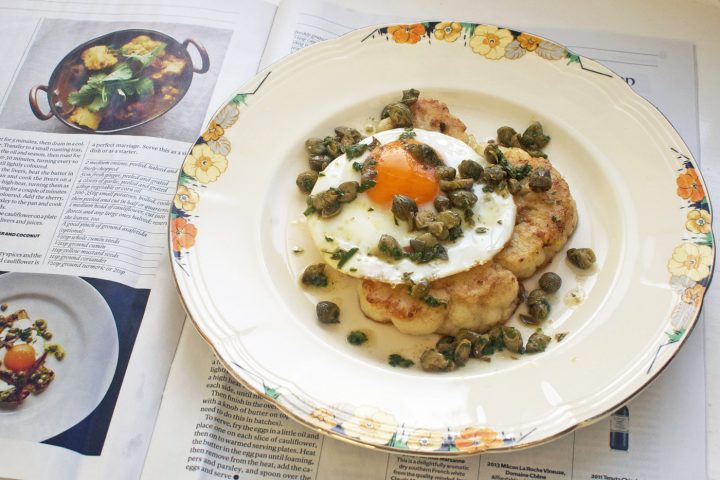 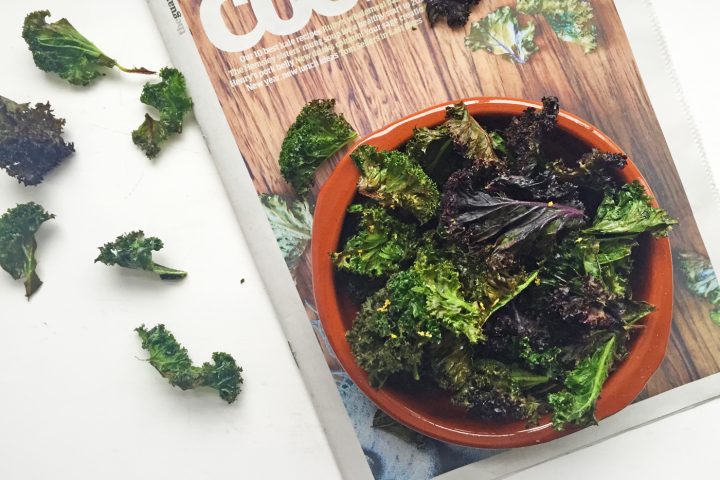