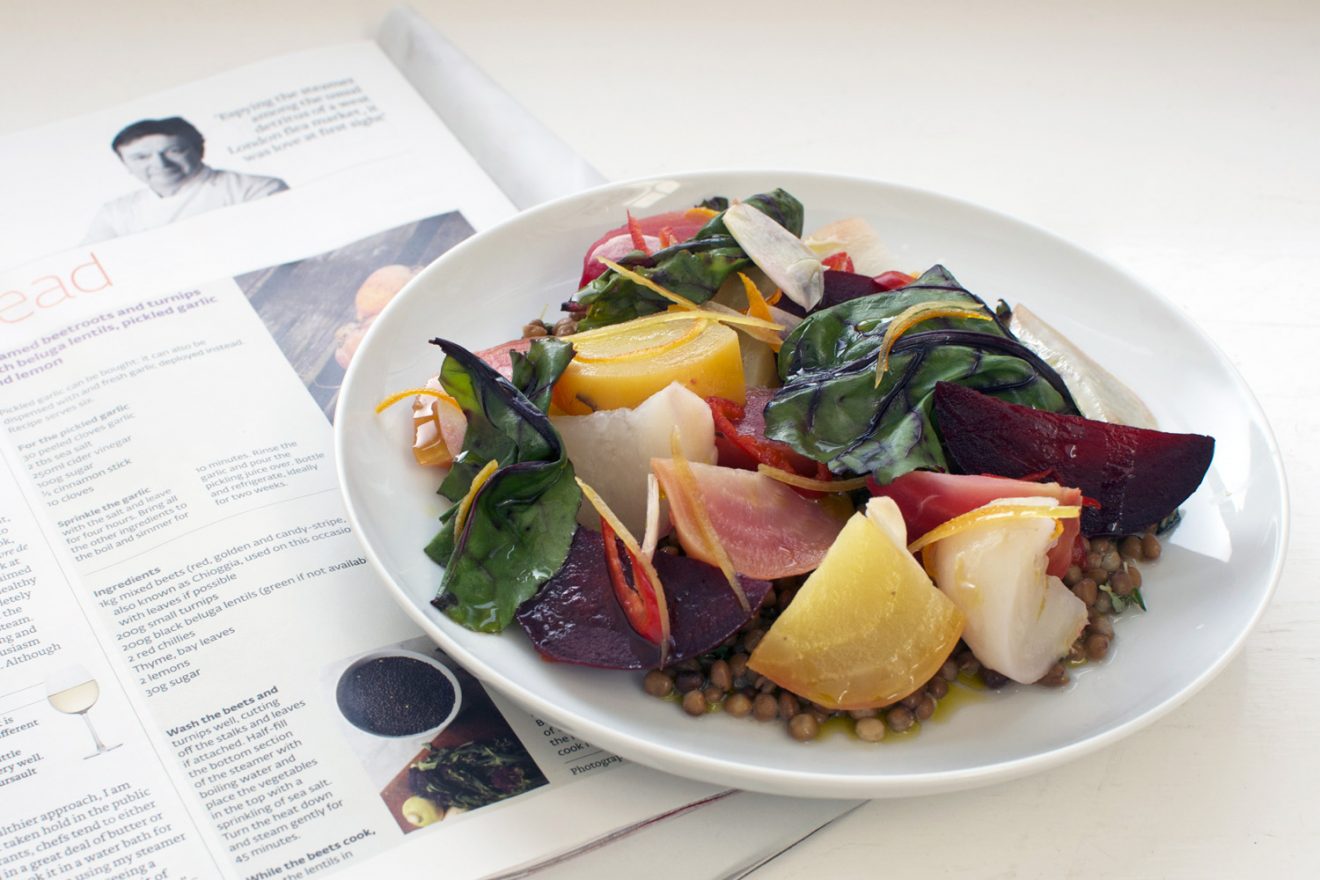 I’ve been summarising the recipes from the weekend papers for a year now. A routine which leaves me with a good deal of respect for the people creating the content.

The process has also reaffirmed something I always thought – that what I like the most about a recipe, is an interesting introduction. I probably glance at a list of ingredients and method for a couple of seconds at most. They either catch my eye and trigger a plan, or are forgotten pretty sharpish. But I relish the blurbs, and always hope for a snippet of useful information, an evocative story, or simply some smart prose.

As it happens, the four cooks I think write best (or, perhaps, the ones given the most freedom and space to write), were really on form this week.

Yotam Ottolenghi’s piece in the Guardian on the subject of mustard was a model food column. It was as informative as it was inviting. Have a read, as it’ll help you understand what’s happening when you cook with mustard seeds (understanding ingredients is the key to cooking better). I loved the recipes too – wholegrain mustard; chicken with mustard and gherkins (a classic Ottolenghi one dish crowd pleaser); and a ham hock sandwich, which requires the attention and care only a true food lover will give. Reminds me of the grilled cheese sandwich scene in Chef.

Diana Henry’s introductions are always interesting, colourful, redolent of a memoir. So it was no surprise that her piece on blood oranges was vivid and sharp – a reflection, as it happens, of the ingredient. A few scoops of her blood orange sorbet would go down a treat right now.

Nigel Slater’s quince column for the Observer was a treat to read too. Though that may be down to my obsession with this fruit. Yes to the quince panettone pudding. Double yes to the poached quince and gorgonzola.

Which leaves Rowley Leigh in the FT – The king of the meandering preamble. This weekend, he wondered aloud on the matter of steaming, finishing the intro with barely half a sentence about his recipe (steamed beetroots and turnips with lentils, pickled garlic and lemon). Which was enough.

Oh, a quick mention too for Bee Wilson in the Telegraph – not normally featured here because her column doesn’t tend to feature a specific recipe. It is, however, well written and enlightening. This week, for example, the nutritional benefits of certain spices.

Rowley wasn’t the only one cooking lentils this week. In fact, they were a pretty common ingredient.

Stevie Parle’s Telegraph entire column was devoted to the pulse. I’d like to try the Sri Lankan dhal at some point. Also, a chorizo and lentil stew with spinach, and a lentil, bacon and egg salad.

Gizzi’s veg packed selection in The Sunday Times included a lentil ‘shepherd’s’ pie with cauliflower mash. Like the idea of that mash, though I’m probably more inclined to try her North African chicken stew or garlicky prawny thingy.

Mark Hix was mostly veg focused too. He didn’t feature lentils, but freekeh is becoming a fashionable alternative (so tenuously sits in this section). I liked the look of his umami packed ginger and mushroom freekeh dish, which sat alongside a carrot and cumin broth and a pomelo salad.

Hixy’s Indy stablemate, Bill Granger, focused on ‘trend’ vegetables. Right now, that means #sprouts, #cauliflower and #kale. I can’t really be arsed with the concept of a trend ingredient, but there are three decent dishes here: sprouts tossed with agrodulce (orange, sultanas, spot of vinegar and chilli); roast cauliflower soup with gruyere toast; and lentils, chickpeas, braised sprouting and kale with tahini and yoghurt.

Jamie’s harissa salmon with herby quinoa, fennel and quails eggs is likely to be a pretty satisfying dish. Easy, too. This was in The Sunday Times mag – where there were also Rick Stein’s instructions for a very classic Dover sole à la meunière

Another Telegraph writer, Rose Prince, name checked both Paddington and the lovely Sarah Randell and her excellent marmalade cookbook, before giving us an ace marmalade cookie recipe.

Best things in the Guardian’s ‘Cook’ this week were Ruby Tandoh’s baking column (choc and honey fondants; honeyed tea cake), and the selection of ‘ten best warming drinks’. I have to say, they omitted the very best warming drink – hot buttered rum – but I was intrigued by ‘milk of the land’ (almond milk, cranberry jelly, port, rosemary, marmalade vodka, honey).

On the Internet and over the waters

Do you know the US food magazine Saveur? They’re kind of a big deal. The 2015 ‘Saveur 100’ is packed full of tips, recipes and food writing. Worth a browse.

Nigel Slater’s Saturday morning twitter photo of some beetroot planted a seed. Rowley Leigh’s steamed beetroots, turnips and lentils recipe cultivated it. A fortuitous set of circumstances, because this was a great dish. In part because I ate enough beetroot to turn my pee into a rainbow. Which is always fun. But mostly because the addition of pickled garlic, candied lemon peel and fresh chilli worked beautifully.

Rabbit with cumin and preserved lemons 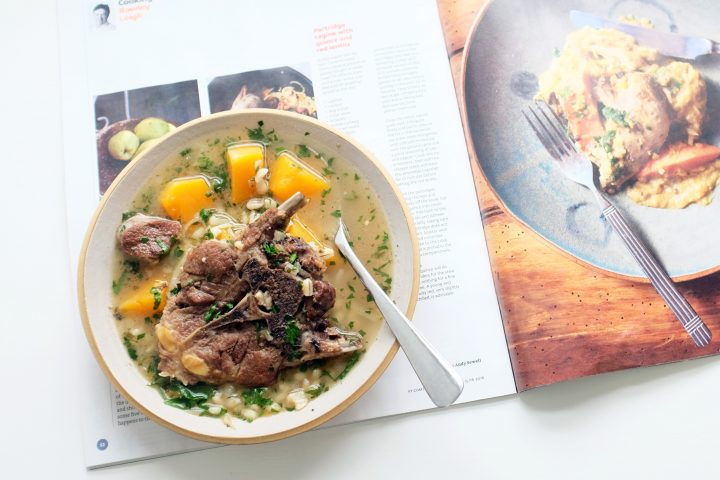 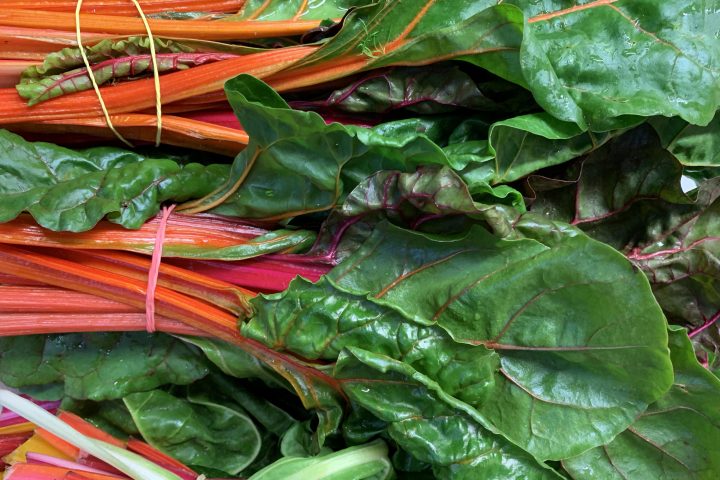 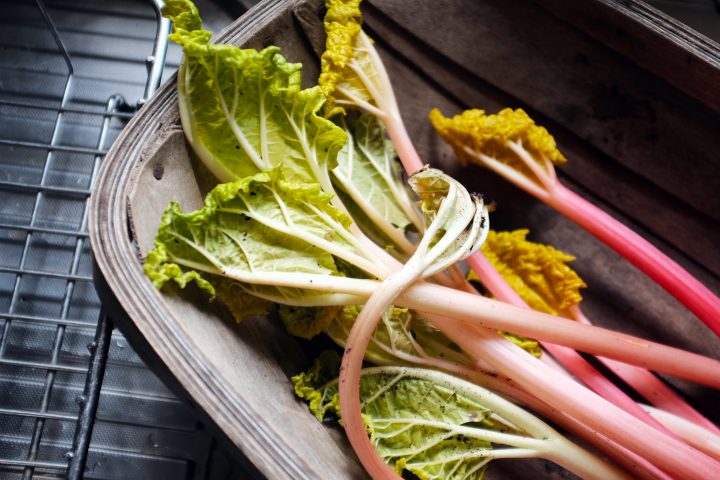 One thought on “Supplemental #44”