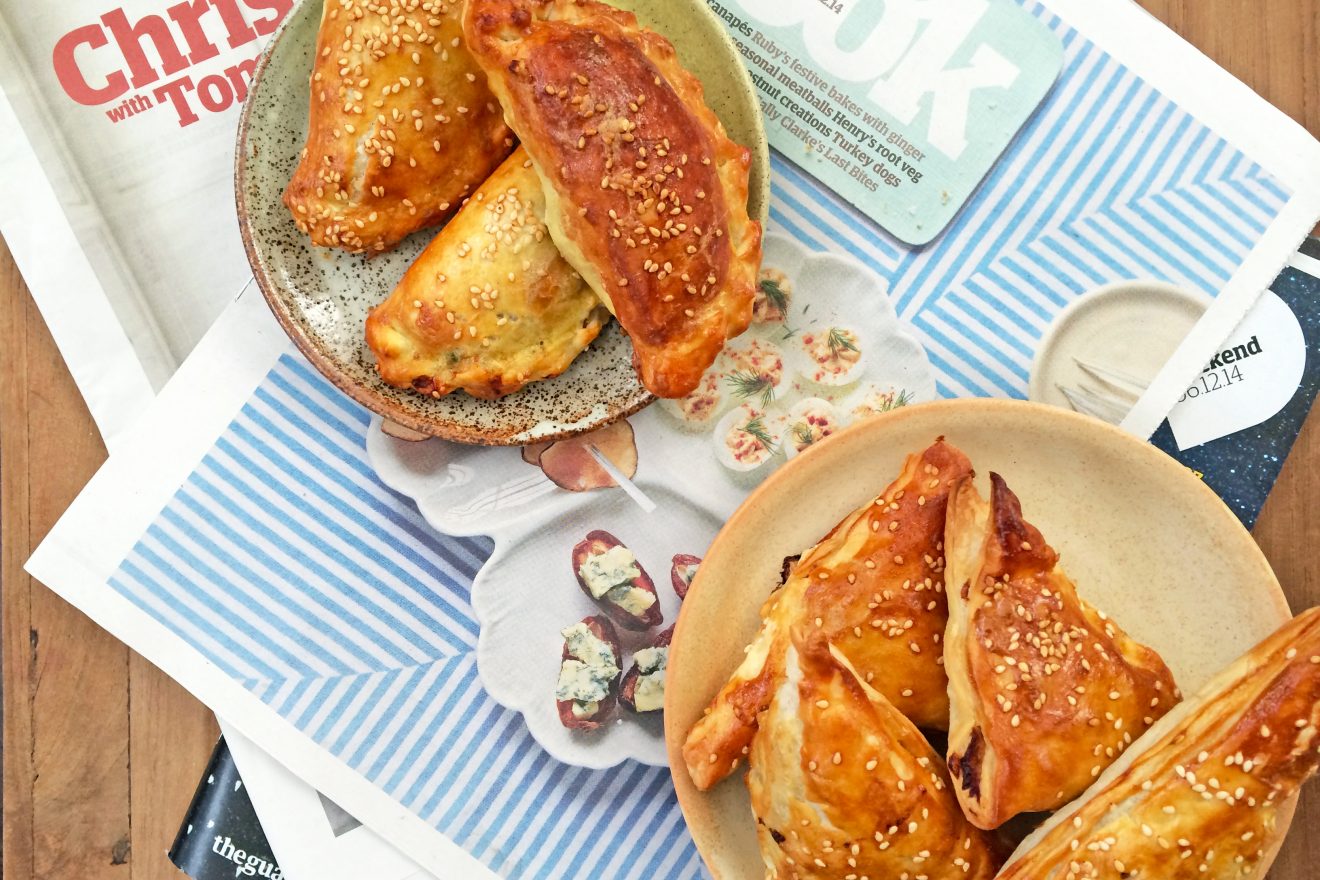 Saturday’s Guardian was full of Christmas cheer. There were tons of recipes, all vaguely Christmas themed (though I am beginning to wonder whether ‘alternative Christmas recipes’ is just a catch all for eclectic ideas that are otherwise unlinked).

There were three Christmas recipe sections in the magazine.

Then, Yotam Ottolenghi suggested a set of main course alternatives. There were some interesting dishes, for example Persian vine leaf and saffron rice tart; beef stiffado (probably my favourite Greek dish) with fennel orzo, venison with mustard, endive, sour cherries. But I can’t ever see myself serving or eating those on 25 December.

And Thomasina followed that with some ‘festive’ desserts. Pomegranate meringues with pistachio, toasted coconut loaf cake with orange and lime syrup and brownies with cinnamon and a cayenne pepper and mezcal caramel stood out.

In addition to the glossy stuff, the Grauniad printed a special supplement devoted to schleb chef of the moment, Tom Kerridge’s Christmas day ideas. I thought his honey slow roast goose, whole shallots with red wine, turnips with orange and horseradish, and mace meringue with driet fruit compote and brandy Chantilly cream stood out.

Not to be out done by the parentals, Cook had its own set of festive canapés. A few interesting ideas in there, but I felt Ruby Tandoh’s baking section (stem ginger and white chocolate stolen and spiced lebkuchen) was the pick of that supplement this week.

They giveth even more

Many of the other papers majored on the same theme.

The Sunday Telegraph’s Diana Henry’s Christmas day recipes verged only slightly from the traditional. If you follow her suggestions this year, you’ll have perry brined roast turkey with a pear and ginger stuffing, thyme roast pumpkin and mushrooms, and mince pies with a star shaped pastry top rather than full lid – which I reckon is the best way.

On Saturday, Rose Prince put forward a host of brunch ideas for the holiday period. I’m intrigued by her suggestion of potato cakes with bacon, piccalilli, cinnamon sautéed apples and maple syrup. It’s either a great dish, or a random selection of nice things on a plate. She also had a recipe for date and pecan meringue in her baking section, which looked good. Meringue based desserts seem to be a common ‘alternative Christmas pudding’ suggestion.

Oh, and The Times have a Christmas Food advent calendar if you’ve really got nothing better to look at every day this month.

The Sunday Times didn’t embrace Christmas. My guess is we’ve that to look forward to next week.

In the meantime, we got an eclectic set of comfort dishes from Jamie: a Massaman curry tempted; and a black forest gateau looked pretty full on. But the best of the set was a riff on a bread and butter pudding – panettone ripped up, soaked with custard, dark chocolate and marmalade and baked in a tart tin.

Gizzi Erskine set down a few tapas ideas in the same magazine.

For me, The Independent stood out this weekend because all of their food pages were good, and only slightly Christmassy.

Mark Hix’s date recipes were ace. He suggests coating ham hock with date puree before their final roast, including them in an apple strudel, or making an Indian style pickle with them. Nifty.

In The Observer, Nigel Slater wrote about winter salads. I particularly liked the idea of red cabbage with fennel, almonds and black grapes. Rowley Leigh’s dish in the FT Weekend probably counts as a winter salad too – radicchio with Stilton, pickled quince and walnuts.

There was, of course, the usual ‘Only Four Recipes’ (this week: stews). But also, a set of sentences distilled from the same series, titled ‘The 63 easiest recipes ever’.

The thing is I’ll never know whether those ‘recipes’ are good or not. I just can’t bring myself to look, as I fundamentally object to the increasingly common belief that we’ll only read something if it’s disguised as a list. It’s a f**king infuriating trend. Like, one of the four things that annoys me the most. 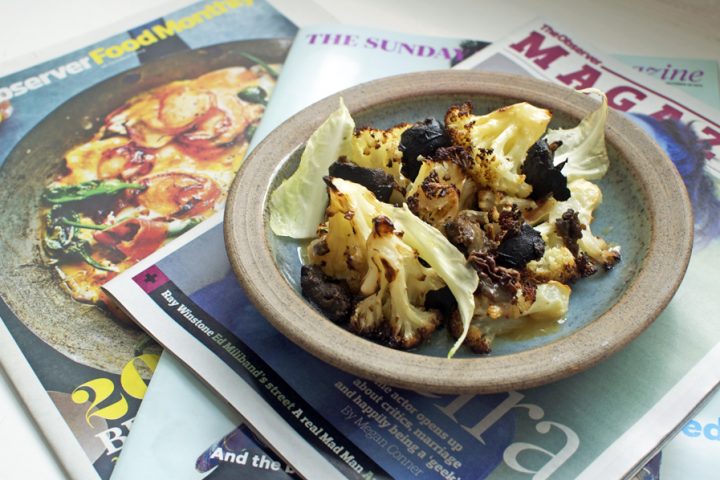