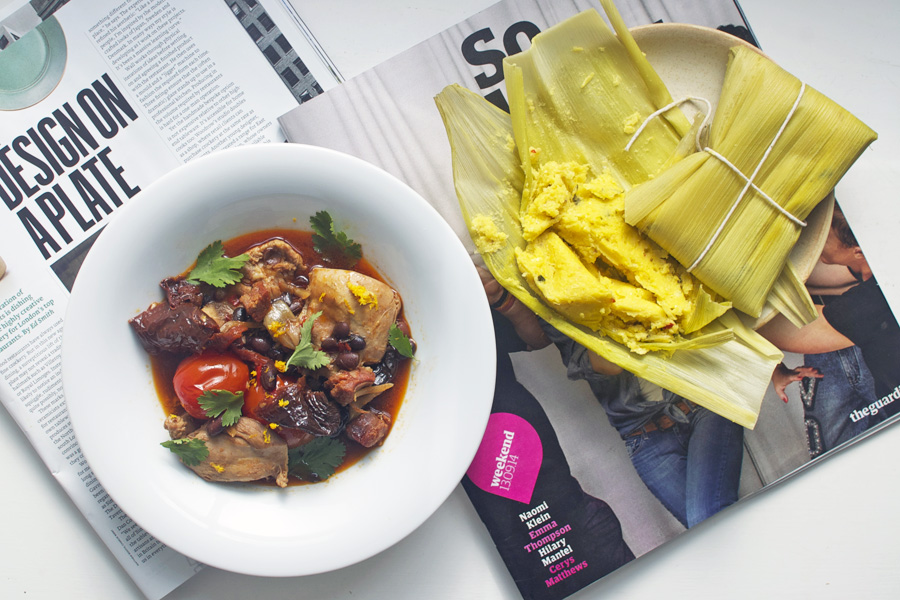 The recipes were enjoyable enough this week, but I can’t say I’ll be putting many of them in the ‘must cook’ file. How about you?

Two of the more tempting columns were sweetcorn themed.

Stevie Parle’s three recipes in Saturday’s Telegraph stood out. Love the sound of a sweetcorn and crab soup with chilli oil. Ditto corn bread muffins. Prawn and sweetcorn pakoras might be the best idea of the bunch.

Over at The Guardian, Yotam Ottolenghi welcomed his new stablemate, Thomasina Miers, the owner of a Mexican restaurant chain, with … wait for it … a set of subtly Mexican dishes. I picture hugs and air kisses, then an overly firm handshake and a challenge to an arm wrestle. “Welcome to the hood, Tommy”.

On which note, Thomasina’s column featured a beetroot gazpacho and sardine escabeche. Really keen for her to start focusing on Nigella seeds, za’atar, sumac, and harissa. FOOD FIGHT!

Mark Hix’s Independent column was a ‘last of the sun al fresco’ number. Very simple assemblage – but I wouldn’t say no to a lamb, merguez and chickpea salad, or green beans in anchovy dressing, or roasted squash with an amaretti biscuit crumb for that matter.

As mentioned last week, native plums are still in season, though there’s not long left. Diana Henry’s suggestions for them include plum and cardamom jam (that flavour combo is lovely) and a divine chocolate and plum cake.

Nigel Slater’s recipes in the Observer Magazine used up late summer vegetables (courgettes, basically). There’s a smoked garlic aioli to go with a tray of roasted veg, and I particularly liked the idea of a courgette rosti with burrata and basil.

Things had moved on by the time I turned to The Observer Food Monthly, as here were more Nigel recipes, this time on an autumnal theme. Chicken with muscat and thyme and short ribs cooked in stout and beetroot stood out. I also really liked the sound of a duck casserole with prunes, bacon and red cabbage …

… though if I were bold enough to question Sir Slater, I would query whether legs and breast casseroled for forty minutes would lead to overcooked breast and still tough leg? Obviously I wouldn’t dare.

Which brings me tenuously to Gizzi’s herby dishes in The Sunday Times. I liked her green marinade for lamb and the tabbouleh that accompanied it. But a leg of lamb that is ‘smoke roasted’ for just 25 minutes, or griddled for 12 minutes ‘a side’, should read ‘butterflied leg of lamb’, shouldn’t it? Her generically Asian salsa is good – coriander, lime, fish sauce, ginger, palm sugar and chilli.

Other Bits and bobs

Obviously the best thing across all of the papers this weekend was my piece about ceramics and chefs in the FT Weekend Magazine. Seminal stuff. You might also enjoy Rowley Leigh’s recipe in the same tome. Scallops with chestnut purée, shiso leaves and lemon. Unusually jazzy.

My favourite thing in The Guardian’s Cook supplement was Ruby Tandoh’s baking column. Loved this line: “Forget gorging on a plateful of trifle – real grown-ups know the only polite approach to gluttony is sidelong, via second, third and umpteen tiny helpings.” And I rather liked her recipe for maple pecan baklava too.

At some point on Saturday, The Independent’s website published a host of recipes by a bunch of London chefs. I’m not quite sure where these sit in the paper copy. But do check Koya Bar’s Shuko Oda’s tofu dumping with grilled girolles and Rachel O’Sullivan’s oxtail, cavolo nero, PX and cauli puree.

Bill Granger gave us a bunch of Japanese influenced recipes. “I defy anyone to say tofu is bland once they’ve tasted this.”  *Raises hand*

Finally, Saturday Times recipe watch: Rebecca Seal’s Greek recipes were OK, but I maintain there’s only one time and place that Greek food is anything other than just fine, and that’s on holiday, in Greece. In the main mag, mozzarella salads. Who knew?

Abroad and on The Net

I had a quick scan of The New Zealand Herald’s food section. This week’s recipes for the residents of Auckland and Northland were on a brunch theme. Which, if London Kiwi stereotype is to believed, is a bit like teaching grannies to suck eggs. Apple and buttermilk fritters with a mango compote looked decent.

Of the blogs, both Helen Food Stories’ BBQ leg of lamb in a hibiscus marinade and Lizzie Hollow Legs’ stuffed courgettes with avgolemono sauce caught my eye.

An Ottolenghi effort this weekend. Both the stew and sweetcorn tamales were utterly delicious and made for a super meal (with rice and sour cream on the side). But it has to be said using corn on the cob and the husks to wrap the tamales in is a total faff. I gave up on the authentic method after wrapping two, and folded greaseproof paper parcels for the rest. When I make it again (as I will), I’ll just use frozen corn and greaseproof paper from the outset.

Short ribs with stout and beetroot 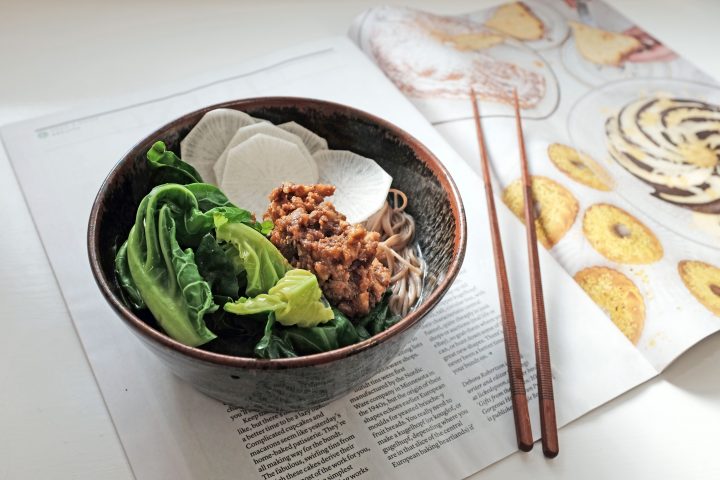 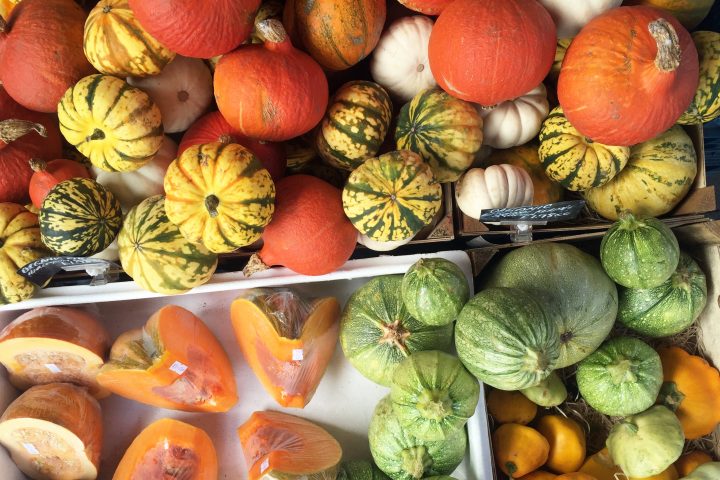