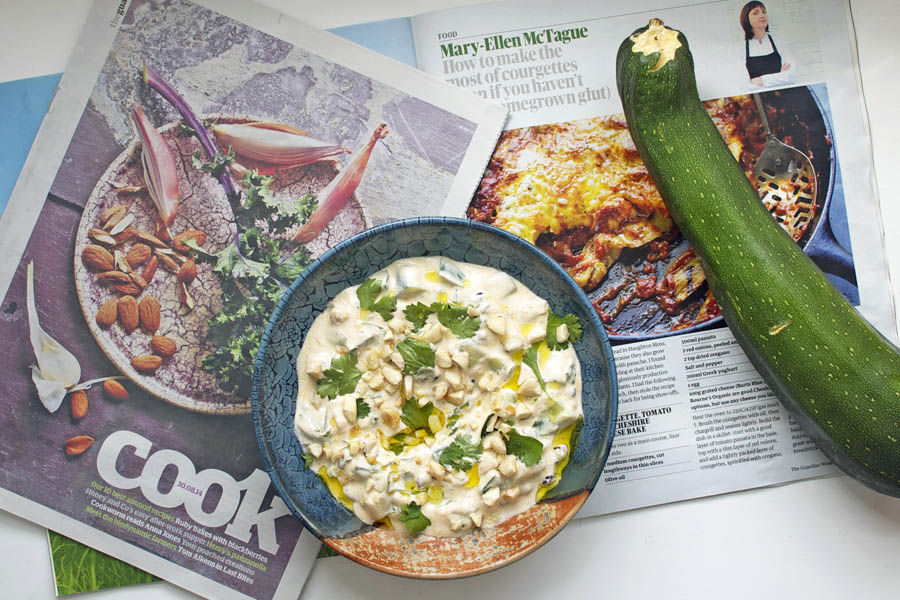 Quick. Make space in your freezer. Chuck out the egg whites, chicken stock, 4 year old steak mince and … what is that anyway? This weekend was all about making ice cream, and the recipes may well prompt you to have a go.

Diana Henry led the way (her Sunday Telegraph ‘Stella’ articles get published online, somewhat counter intuitively, on a Friday evening). She provided three ices: strawberry and elderflower sorbet, chocolate and Pedro Ximénez ice cream, and one I’m particularly enamoured with, meringue ice cream with iced coffee. The three ices are described as ‘exceptional’. Reading through the recipes, I don’t doubt that that is the case.

Lord Nigel went for iced goods as well, giving us two more recipes to choose from. Neither require much work. His watermelon granita with basil and mint suger will be extremely refreshing. I loved the deliciously tempting blackcurrant frozen yoghurt (plenty of cream too) and crumble crunch.

And Yotam included an icy recipe among his blueberry, blackcurrant and blackberry montage. I’m squeezing this in to the ice cream section, though I should note only one of those fruits gets frozen (a blackcurrant sorbet), with the other two recipes being a blueberry galette, and duck breast with blackberries.

In fact, sod the ice cream theme, the big takeaway for me was Mr Ottolenghi’s suggestion that star anise is a magic partner for all of those fruits. Not sure I’ve noted the match before, but I’ll definitely try it soon. Maybe whilst making Ruby Tandoh’s blackberry anise upside down cake.

Clinging on to the holidays

Some cooks just can’t let go of the summer holidays. Rowley was thinking about Umbria again in the FT. After a meander, he suggested we flame grilled some aubergines and peppers to make an escalivada. You’ve got to get char, it’s not the same in an oven, he says. Fire alarm batteries duly removed.

The Indy on Sunday’s Bill Granger presented a set of simple salads, also inspired by a recent holiday in Italy. Sardines with shaved fennel and cauliflower, fennel seeds, dill, caperberries, chilli flakes and sultanas is right up my strada.

Stevie Parle’s recipes are generally travel inspired. Which tenuously links him to this section. I really liked his recipes in this Saturday’s Telegraph: beef kofte with roasted peaches, followed by peach and pistachio tart, washed down with a peach sgroppino. Peachy.

Mary Ellen McTague can’t grow courgettes, but she can cook them. Courgette tomato and cheese bake looked to be a super comforting dish and a good way to use up a glut. She also suggested stuffing the flowers and making chips from them, though I was particularly intrigued various ideas for using courgette puree (courgette + butter + salt). No pickles or chutneys?

The Guardian’s ‘Cook’ supplement goes from strength to strength. Ruby’s baking bit was a good one (link above); each of the ‘ten best’ almond focused recipes is worth considering; and I like the concept of their newest column, in which chefs get three weeks in a row to meander through their daily routine. First up, Itamar Srulovich, co-patron of the wonderful Honey & Co. He finished with a recipe for hake in mathuba sauce.

I enjoyed Gizzi’s recipes from the tropics – particularly the coconut and banana loaf. I’m a bit addicted to substituting a little flour for desiccated coconut in my cakes at the moment. The idea of swapping some of the fats for coconut milk too is a good one. On a totally superficial and unhelpful note, the ST food stylist had a bit of a nightmare this week. Awks.

Speaking of which, terrible styling in the Saturday Times’s fish and chips supplement too (them’s wedges, not chips) and only one comedy name among 30, which was sad (but round of applause for Nottingham’s The Cod’s Scallops anyway).

Sorry, this is supposed to be about recipes, isn’t it? Well, as always, The Times, er, had some. HFW’s new book provided a few healthy ideas. Most just looked like tasty food in small portions. Cayenne and paprika spiced white fish with broad beans sounds OK.

Have you signed up to the New York Times’ Cooking newsletter / beta site? It’s not bad. For Labor Day, they suggested our American cousins grilled figs with pomegranate molasses. The figs are definitely coming out to play in our shops – I predict a bunch of related columns over the next few weeks.

Not a recipe, but I enjoyed a peak into the styling process for The Little Loaf’s forthcoming baking book.

I’ve got a number of overgrown courgettes sitting in the bottom of my fridge and I think I actually need to give some of the puree ideas a go (MEMcT, if you really want to learn to grow the buggers, I suggest you have a word with my Mum).

However, I was particularly taken by the almond recipes in Cook. Could’ve done any of them, but went for Diana Henry’s yogurt dip (almonds, raisins, harissa, cucumber, touch of garlic, Greek yoghurt). Splendid. 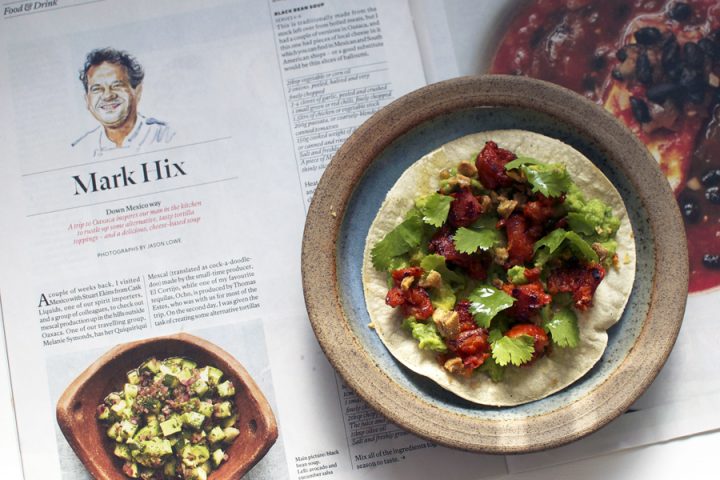 One thought on “Supplemental #29”