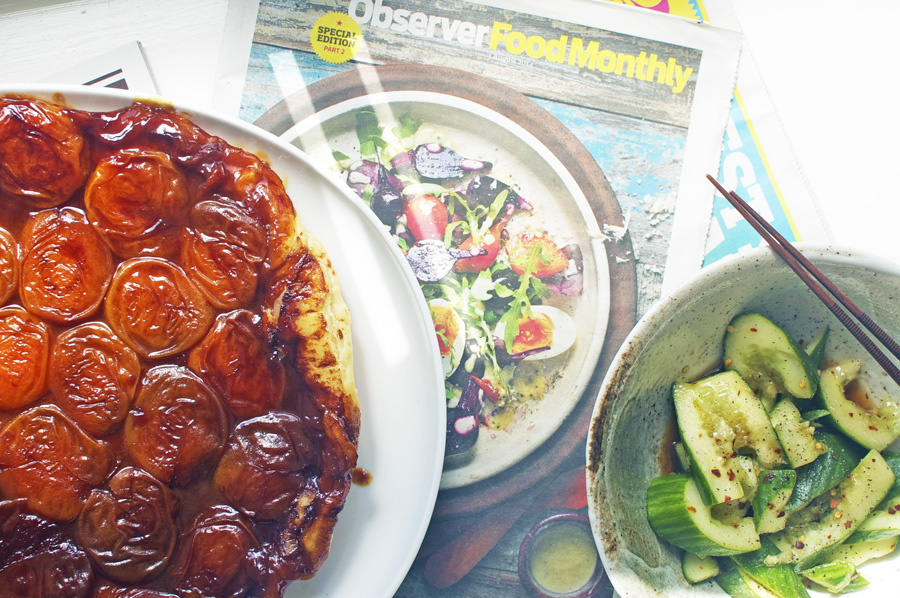 Difficult to look beyond the Grauniad group this weekend – a summer salad special supplement was the cherry atop a heavyweight dump of strong material.

The OFM pulled in favours from twenty different food names for that supplement. Now, of course, salads won’t change your world. But there are some good ones in there from David Thompson (Green papaya salad), Sam Harris (farro, roasted aubergines, cucumber and mint) and David Tanis (radishes a la creme). It’s not online yet – I think they’ll drip release them over the next few days.

The likes of the runner bean are sometimes overlooked in contemporary cooking. Ottolenghi’s bean focused column on Saturday was a nice reprieve for the little fellas. Neither green beans Nicoise style salad nor runner beans in tomato are particularly new, though both recipes serve as a good reminder that we should eat them more often. Baked halibut with broad beans and fava beans (with lots of cumin and lemon) was, however a new combo for me. Mighty tempting too.

I’m really warming to Ruby Tandoh’s baking column. The star recipe from her this week was an intriguing sounding lemon, buttermilk and black pepper cake.

Also in ‘Cook‘, there was a decent run down of pea recipes in ‘Cook‘. I particularly liked the look of the Indian themed ideas, and also Bruno Loubet’s pea pancake.

It was Mary Ellen McTague’s turn to do BBQ this week. Wings, burgers, jerk with porky bits, etc etc. I liked her BBQ sardine recipe the most: tommy k + lemon juice + flame = done.

The Indy on Sunday‘s Bill Granger obviously didn’t get the memo that it was MEMcT’s turn on the grill, as he had the nerve to do a BBQ themed column too. I’m not sure I agree with his ‘get your friends to muck in’ shtick. But that’s probably because I’m a control freak. Mixed seafood grill with tomato salsa would go down well, I’m sure, regardless of who’s in charge of the cooking.

Stevie Parle offered us three ‘Greek’ recipes in Saturday’s Telegraph. I tend to think Greek is the original ‘time and place’ cuisine – the only time and place that it’s good is when (a) your on holiday and (b) in Greece. Otherwise, well, it’s just a bit meh. Butterflied lamb leg with skordalia looks worth a nudge, though.

Most interesting column of the week? Probably Diana Henry in The Sunday Telegraph Stella magazine. She managed to elevate the cucumber far beyond its role as Greek salad staple. Look out for a beautiful salad with cherries and radish; pickled with Sichuan peppers (this looks the nuts); and as a simple side dish with rice vinegar, sugar and mint.

Yet more salads in Saturday’s Times. Four extracted from Sabrina Ghayour’s Persiana all look fresh and zingy and exotic and etc etc.

Salads, BBQ, Salads, BBQ … Gizzi Erskine opted for BBQ as well in Sunday’s Times. All very simple (hotdogs, bream and corn), but the idea was that they’d work on a disposable in some far flung place (or the park). I thought the chilli and honey butter for the corn on the cob looked delicious.

Eighty per cent of the time I’m a fan of Rowley Leigh’s paean to the past. Once a classic, always a classic, right? I’m not sure I was convinced by his FT column this week, though, as the eighties were reborn with breadcrumb stuffed vegetables (petit farcis). My mole tells me that next week, we get cheese and pineapple chunks on cocktail sticks.

Mark Hix matched blueberries with duck breast or a pigeon salad. Problem was, he also paired them with two of my food hell desserts: a hot white chocolate sauce; and a sweet omelette ‘souffle’. Shudder.

Finally, I don’t feature Rose Prince enough on these pages. Her work in The Telegraph is always well written, I’m just never quite sure where it sits in the weekend (some of the internet stuff is v definitely mid-week and therefore STRICTLY OUTLAWED here). Anyway, there are some interesting ‘updates’ online atm of recipes published in the Telegraph back in 1914. Interesting because they seemed remarkably contemporary: Braised lettuce, gooseberry fool, prawn curry. Which goes to show nothing has actually changed in food writing and trends over the last century. Perhaps Rowley Leigh has got it right after all …

I knocked up Nigel Slater’s apricot tart. Love a good tatin, and this one didn’t disappoint. I don’t think I’d ever clocked the fact that apricots are quite so tart before; nothing a large spoon of thick double cream couldn’t fix.

Oh, I can also confirm that Fuchsia Dunlop’s smacked cucumber recipe in the OFM supplement is mighty fine. 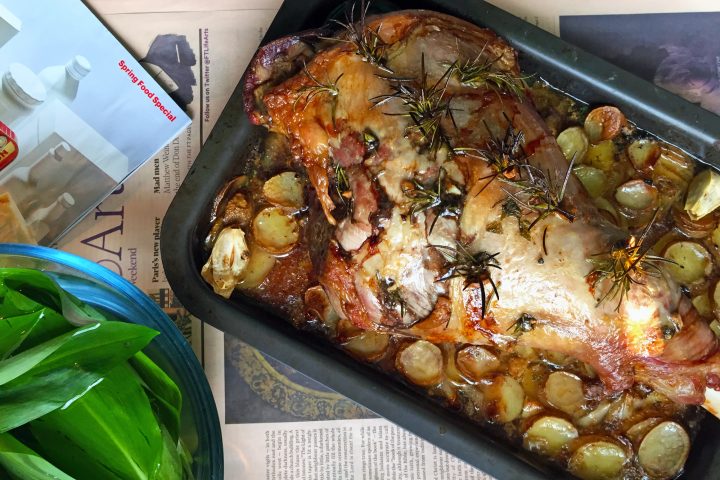 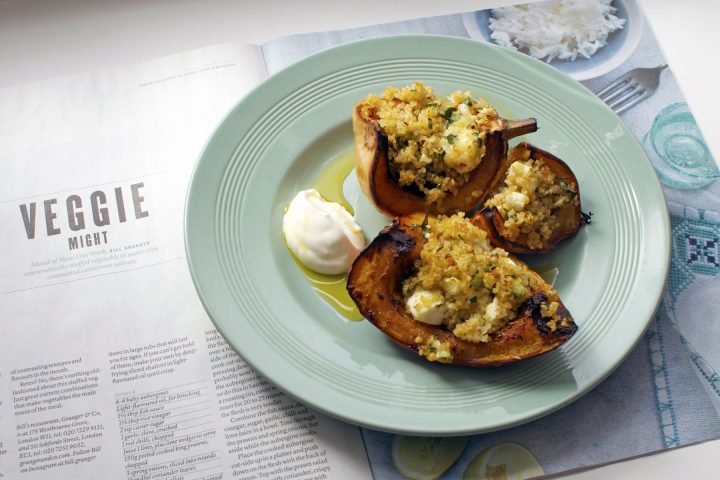 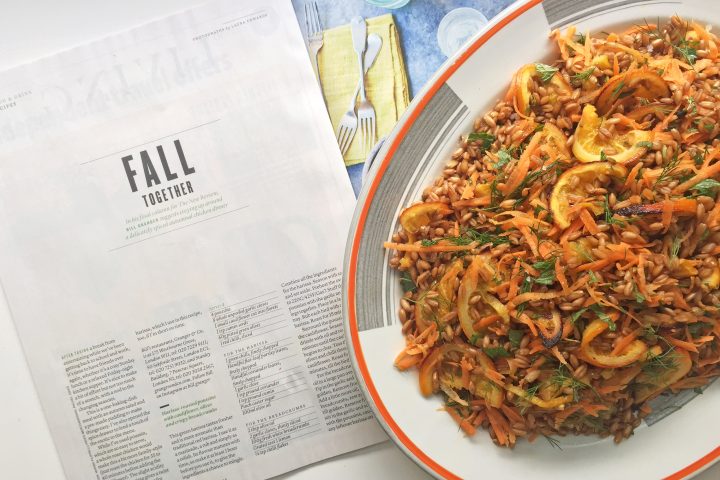