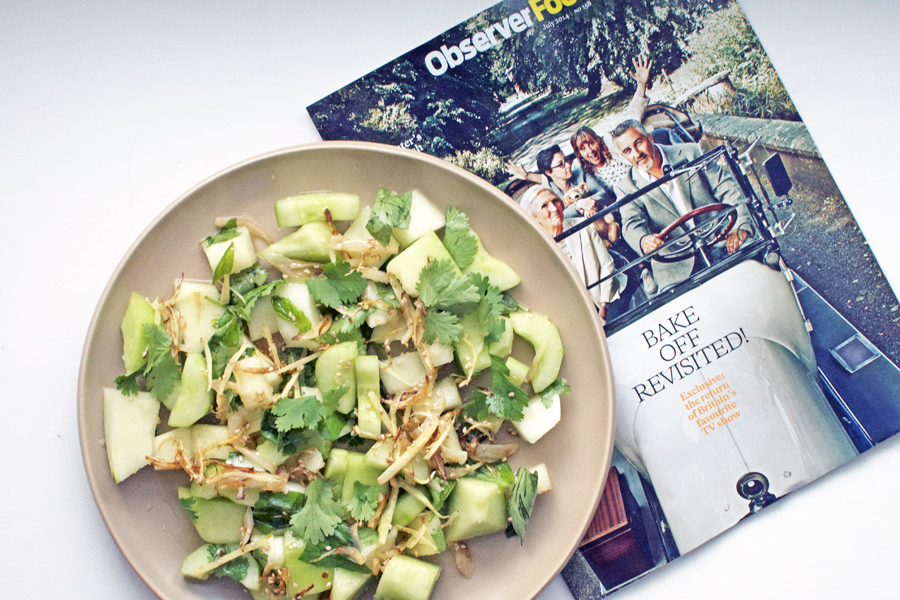 The weekend happened. There were papers. And they had loads of recipes in them …

I enjoyed flicking through this month’s OFM, though it didn’t feel as full of cooking as the last few editions have done.

We did get five decent fish dishes from Nigel – such as lightly soused mackerel served warm on toast; clam, prawn and summer vegetable salad; salmon in wasabi mayo. Other than that, the recipes were linked to the Bake Off fest that was much of the mag. Coffee and walnut Battenburg and quince and Camembert flatbreads seemed to me the most interesting.

In fact, I felt the best of the recipes within my Observer bundle were actually found in Big Nige’s regular magazine slot. Two ‘sharing’ ideas were immediately bookmarked (a seafood fideua and a coppa, bean, tomato and ricotta salad) and his midweek dinner could well be what I cook up on Wednesday: grilled corn on the cob with pancetta and salsa verde. Delicious.

Before we move on, I should note that it really was exciting to learn from the ‘My life on a plate’ section of the OFM that Daisy Lowe, the model, has a cookbook coming out. Super.

Was Mark Hix’s garlic column written with an earlier publishing date in mind? Garlic scapes and ramson featured, but you might struggle to pick up those ingredients for another year. That said, do look out for black garlic – it’s a delicious, sweet, sticky product and the recipe combining it with bone marrow on toast is a cool idea.

Bill Granger proposed three easy Vietnamese(y) recipes in the Independent on Sunday. Cod, turmeric and dill noodles is a flavour combination I wouldn’t have thought worked before seeing this column. There was also a brief mention of pickling in this paper; the gist of the piece being that lots of people doing it, with many different ingredients. That the copy wasn’t followed by a bunch of recipes seemed a lost opportunity.

We got basil recipes from Stevie Parle in Saturday’s Torygraph. He chucked peach and basil into the equation … but more classical recipes for soup au pistou and potato gnocchi with ricotta, basil and green beans were the ones that floated my boat.

Diana Henry explored hot and cold contrasts – both in the sense of temperature, as well as spicy heat versus cold, refreshing flavours. Nice theme. Think peas, asparagus and broad beans with spicy mint and chilli; mangoes with pink peppercorns and ginger granita; and chilled avocado soup with hot pepper toasts.

Recipe of the week (not that I’ve tried it) came from the FT’s Rowley Leigh. Cuttlefish stew with beets, chilli and orange. Sounds so intriguing, extraordinary and unexpected (the orange) that it must be brilliant, right? Let me know if you try it.

Had I been free on Saturday, I would’ve gone straight to the fishmongers and bought all his mackerel. Or at least two or three.

Because Mary-Ellen McTague’s Guardian column had a bunch of interesting ideas, which weren’t just a rehash of things we’ve seen before. Mackerel ceviche with gooseberries and ginger is a winner. Ditto the recipe for curing and cold smoking a fillet or two. Ditto chargrilled mackerel in verdita (pineapple juice, jalepenos, lime, mint and coriander).

Yotam went gardening with allotment columnist Alys Fowler. I thought the chickpea stew with sage flowers and broad bean tops looked good. Not sure any of those are in my local Tesco Metro. Spot of allotment foraging by cover of darkness, anyone?

BBQ ideas from Gizzi in The Sunday Times. I’d definitely give the smoke roasted treacle cured salmon recipe a go.

Finally, The Times. Oh, The Times. You know the (frustrating) drill by now. My iPad app downloaded the usual dross: four recipes that don’t come close to the only ones I’ll ever need; a few uninspiring dips and some basic recipes from Donna Hay (actually, these were OK – pineapple and mint ice lollies, caramelized pineapple skewers with rum drizzle). Delete.

That said, there are some mystery cherry recipes dated 19 July on the website too – from Rachel Khoo. Smashed chocolate liquorice meringues with cherries and whipped cream being the highlight.

So, which of the many recipes took my fancy? None, actually. I was in a strange fug of not botheredness.

Fortunately, one of last week’s ideas had stuck in my mind: Diana Henry’s Burmese melon and cucumber salad. Those two cooling ingredients, plus mint, coriander, basil, a fish sauce and lime dressing, and a sprink of fried shallots, ginger and sesame seeds. 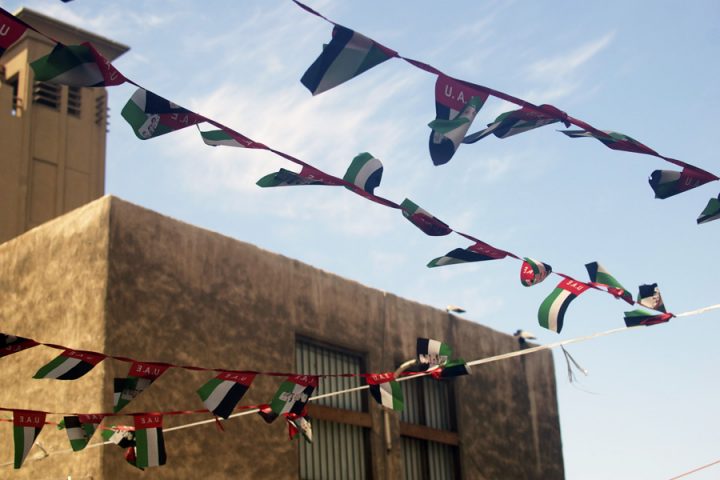 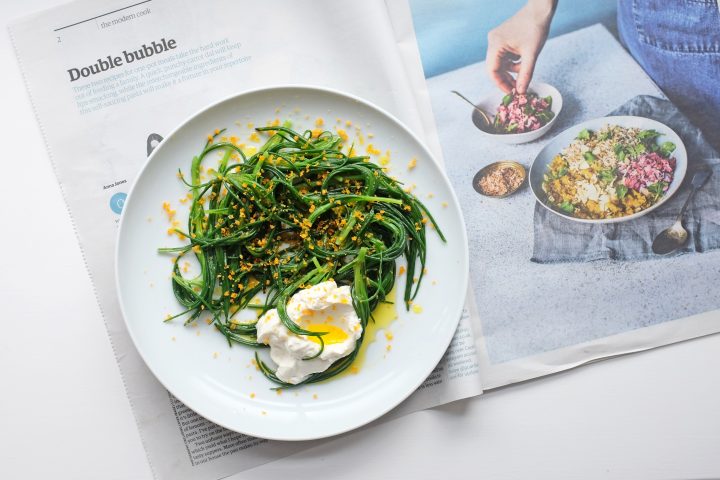 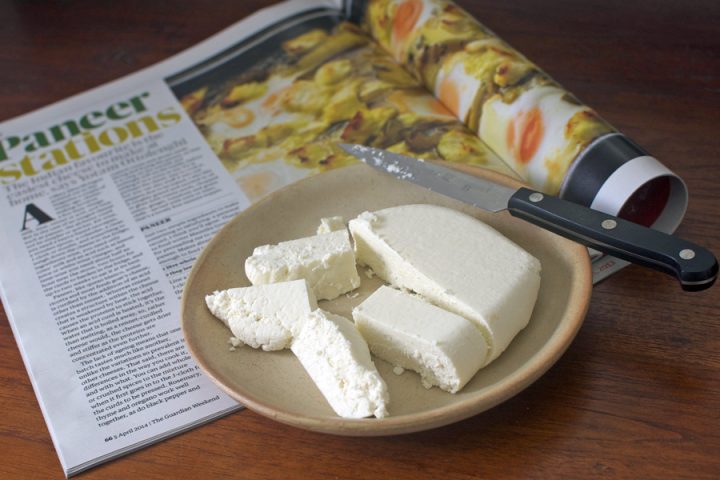