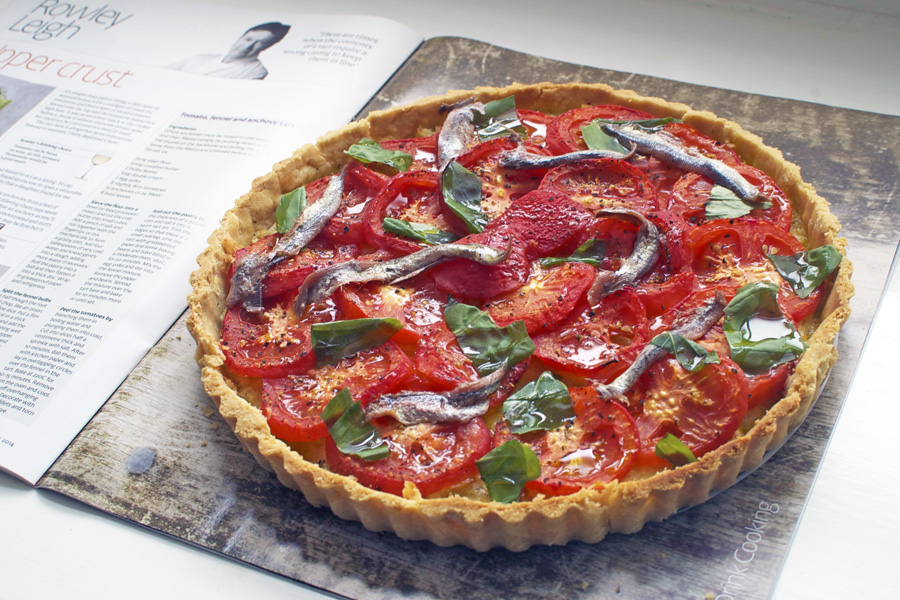 If you weren’t sure what a scorching working week followed by a cloudy, grey and muggy Saturday and Sunday meant, then this summary of the weekend’s supplements should leave you in no doubt: we’ve hit summer time. So pack your picnic hampers, roll out the BBQ, and grab as many umbrellas as you can.

I knew a summer OFM was coming, but Rowley Leigh’s tomato and fennel and anchovy tart in the FT Weekend magazine really put me in the mood for zingy, fresh flavours. Picture above. More about the cooking of it below.

The Sunday Telegraph’s ‘Stella’ slot was also tomato focused, thanks to a column on the fruit by Tom Hunt (of Bristol super sustainable restaurant Poco). The recipes were colourful and no doubt tasty (not least the shakshuka). But whilst I’ve all the time in the world for tomato and basil salad guidance as part of a cook book, to use up space in a major national paper as one of just three recipes feels like a lost opportunity – for all concerned.

The Saturday Times came to the party, with seasonal recipes from Donna Hay (meh) and Morito (yeh).

But really leading the charge was the Observer Food Monthly.

Editor Allan Jenkins has obviously been enjoying his Saturdays at Spa Terminus in Bermondsey, as we saw blackberry ice cream from La Grotta’s Kitty Travers, and plenty of picnic recipes from The Little Bread Pedlar. A kohlrabi, cabbage and caraway salad could well feature in my house over the next month or so. There was exposure for another new food writer, Anna Jones, and her book ‘A Modern Way to Eat’. Summery recipes included honey roasted radishes. I’m intrigued by her double choc cloud cake: no dairy, gluten or refined sugars – veg and coconut fats, spelt flour, honey and maple syrup instead.

[Incidentally, ‘Cook’ had a lot of ‘Free From’ friendly recipes this week too, including ten vegan things, baking with olive oil, and gluten and dairy free coffee eclairs.]

The sunny disposition continued by way of a clutch of Honey & Co. recipes. I keep mentioning them, so won’t go into more detail. Click the link. Buy the book.

But despite all the newbie personalities and new ways of eating paraded in the OFM, for me, two classic food writers stood out.

Slater’s OFM recipes were ‘early summer’ puds. Rhubarb kinda pasteis de nata and pannetone saltad caramel sundaes were very, very tempting. But, hello, top of the pile is a simple idea for fresh mango in muscat wine. How good does that sound? Take a look, too, at his column in the Observer mag itself, as I thought that both the duck salad with apricots and sticky apricot rice cakes looked cracking.

Simon Hopkinson contributed eight summer recipes to the OFM. They’re new, yet classic Hoppy. If you’re a fan, I urge you to indulge yourself in the link that follows. If you’re not, maybe they won’t be your thing (but they should be).

The other theme of the weekend appeared to be fritters.

Bill knocked out three fritter recipes in the Indy on Sunday. They were all tempting: courgette flower, mozzarella and anchovy; Thai corn fritters with cucumber relish; okra and prawn pakoras with apple, mint and coriander salad. Just a little bit of effort, for a great reward, I suspect.

A squid bhaji / fritter was my favourite of Stevie Parle’s squid recipes. Similarly, of Gizzi Erskines three Korean recipes in the Sunday Times, one for seafood and kimchi pajeon stood out.

A handful of other chefs didn’t get the summer / fritter memo.

Of them, Valentine Warner’s fish recipes in Saturday’s Times were strong. Scallops with garlic cardamom butter and curry leaves anyone? (Everyone?)

In the Guardian, Mary Ellen-McTague passed on a few rules for stress free and successful dinner parties. Nothing new, here, but a good mantra nonetheless: 1. Buy posh crisps; 2. Serve a cold starter; 3. Keep the main course simple; and 4. Serve a cold dessert. She missed: 5. Get everyone shitfaced.

Ottolenghi laid down some dried bean and pea recipes.

So, yeah, I cooked the Rowley Leigh tomato, fennel and anchovy tart. The Fennel/cream/egg layer is an excellent idea and the rest of the topping works a treat. I wouldn’t describe the tart shell as ‘short’.

But he mentioned in his intro that that is the intention and, tbf, it works a treat. He should’ve used salted butter or prescribed lots of salt in the dough, though; it’s woefully under seasoned as the recipe stands. 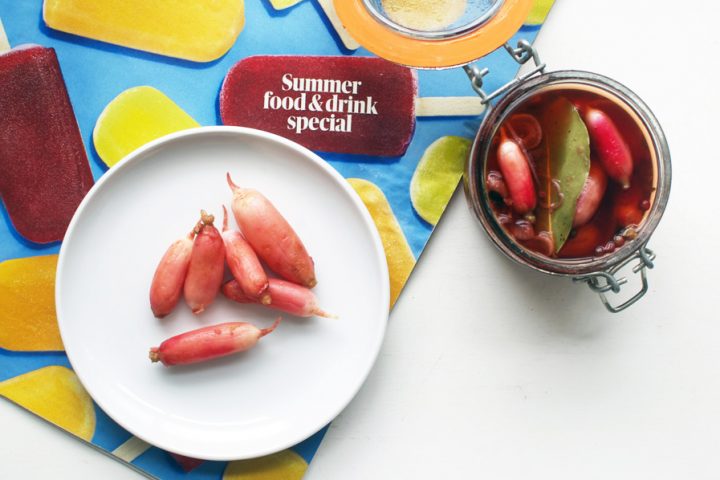 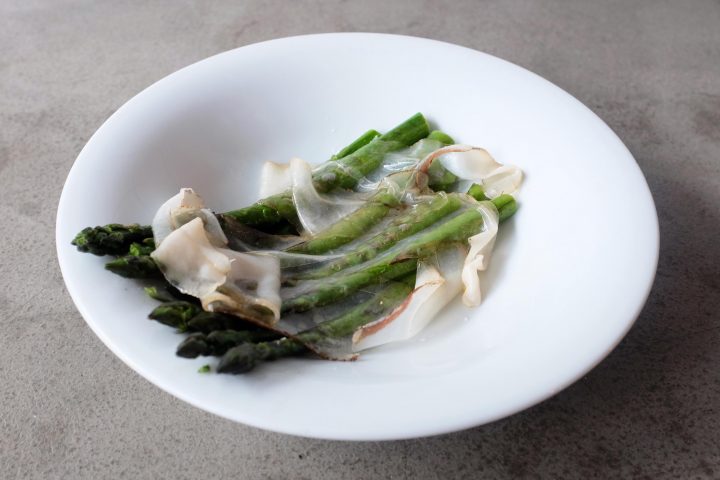 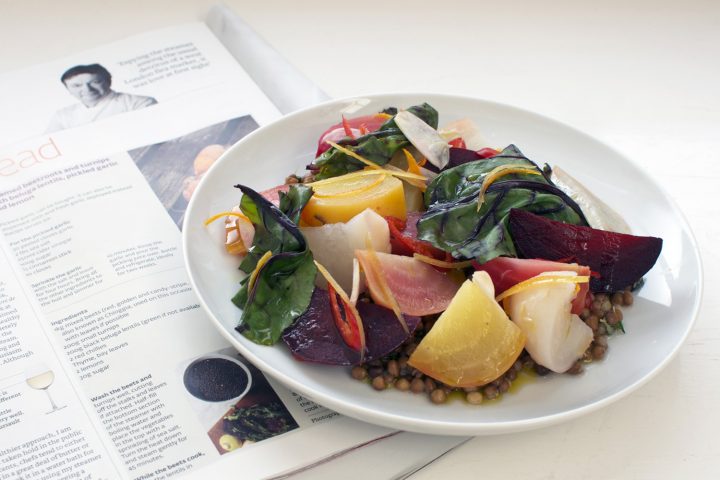