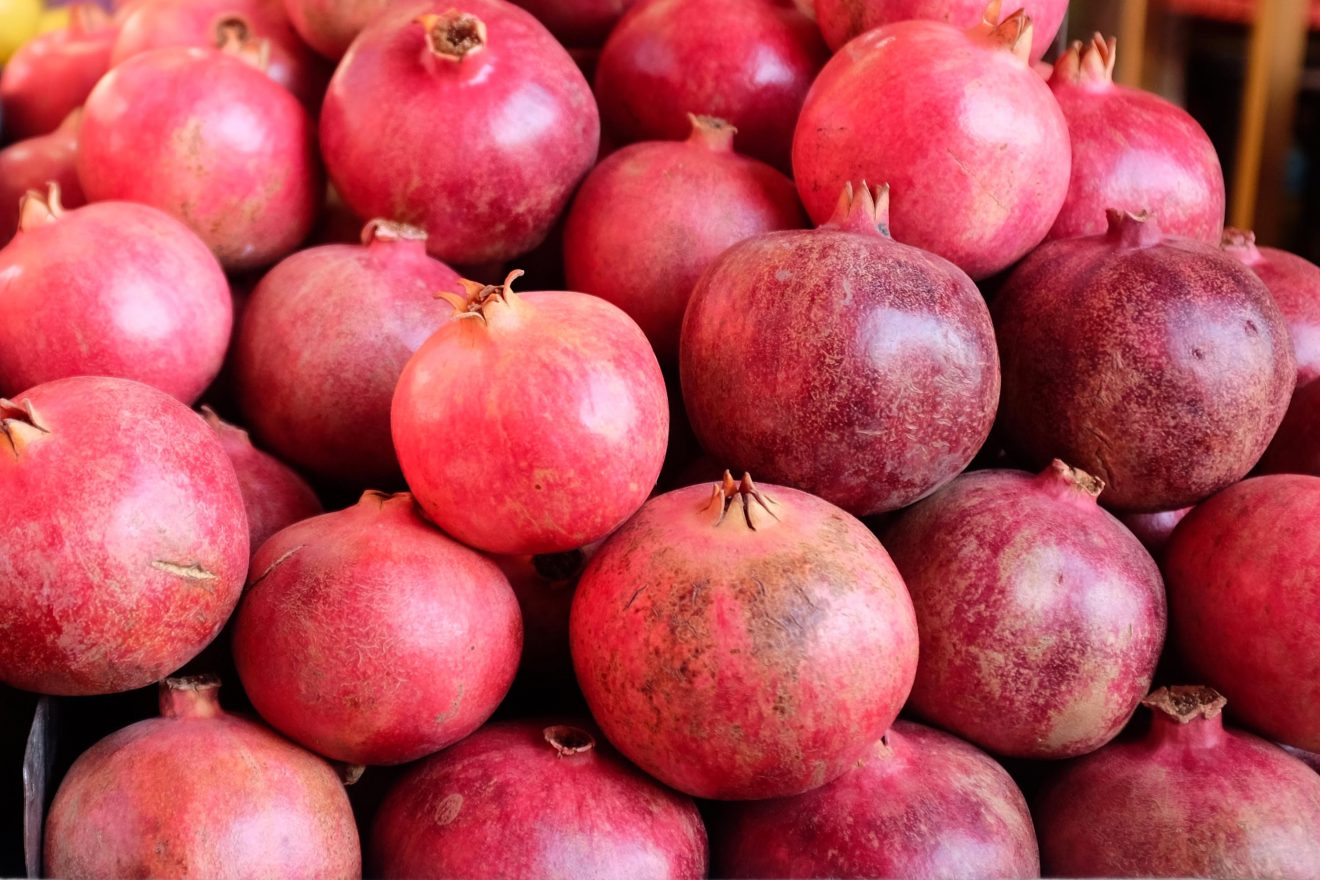 Here we go, then: a #Supplemental collation of Christmas-ish recipes published over the last few weeks.

Maybe I missed them, but I didn’t see a huge number of canapé and starter ideas this year. Which is fine — we’ll all be on the M&S 3 for 2 party trays anyway, right? … No? Okay, well a few ideas below if you insist on adding this part to your to do list.

I suspect Thomasina Miers’ Indian-spiced sausage rolls will go down a treat. And consider Tom Parker-Bowles’ poached pears with Stilton and truffle honey on toast.

I mentioned Nigel Slater’s Christmas recipes in the last edition of #Supplemental, as they arrived in November. Worth directing you to them again, though, not least for the oysters with pickled grapes, and trout tartare with toasted pumperknickel.

On the tartare theme, I reckon Rose Prince’s mackerel tartare with lime and miso could be one to ponder if you’re entertaining and want something simple but like well posh.

Rowley Leigh presented FT Weekend Magazine readers with an absolutely cracking menu. I’ll keep referring to it through this piece because it’s truly inspired; and while it’s ‘alternative’ it’s not so far removed from the norm that it wouldn’t feel festively familiar. First up, raw salmon with horseradish and bergamot.

If you’re after a slightly more traditional cured salmon starter or canapé, the The Telegraph provided three options at the start of the month (citrus cure; beetroot cure; gravadlax)

Last year was all about three rib roasts. This year, saw a few turkeys and a few ‘alternative’ centrepieces. Not much beef.

These are The Telegraph’s turkey timings. I can’t say I’ve followed them, but they look sensible — my only comments about turkey being: it take less time to cook and more time to rest a turkey than people seem to think.

If you want turkey but want to go slightly cheffy, then try Tom Kerridge’s crown of turkey with chestnut and bacon butter from The Sunday Times’ ‘The Dish’.

Yotam’s alternative Christmas meal for Feast was certainly, err, different: szechuan pepper lamb shoulder with a coconut, chilli and lime potato gratin and cucumber salad. Not sure that’ll make it to Mother Smith’s 25 December menu, but maybe on another day.

I rather like Rowley’s centrepiece, though: a bollito of truffled turkey with cotechino sausage, short ribs and veal tongue. Bravo.

Is there a famous saying along the lines of “Beware the omnivore who suggests that they have the answer for the vegetarian centrepiece“. If not, there probably should be. It should then link to one of Anna Jones’ legit paid-up veggie offerings, including this year’s squash and chestnut pie (in Feast).

That said, I really liked Nigel Slater’s veg option in this weekend’s Observer Magazine: roast, scooped and re-stuffed aubergines with rosemary, hazelnuts and parsley. The flavours would ensure it’s a good alternative to turkey where you have just one or two vegetarian guests and the rest of the meal remains ‘traditional’.

“If I could offer one tip this Christmas it would be that less is more. Don’t offer five sides, do three – but do them really well.” Well said, Angela Hartnett. Except of course we won’t follow those words of wisdom. Three sides are only really an option if you don’t count: the bread and cranberry sauce, stuffings, sprouts, potatoes and bacon wrapped chipolatas. Anyway, Angela’s suggested salads of red cabbage and beetroot, and pumpkin and cashew. (Maybe good matches for your Christmas eve / Boxing Day ham?)

Think Ange is ambitiously paired back? Rowley Leigh’s excellent menu only has room for one side to go with the bollito: a potato and swiss chard gratin.

Back to the real world. As always, there are a few novel roast potatoes recipes flying around. You could follow those … or just do them like you always do, in whichever fat you prefer. Just make sure the oven’s hot and tray not too crowded. You can parboil them the day before. In fact, the results will be better.

On the sprout, carrot, bread sauce and parsnip front, I’m partial to the (multiple) suggestions in *cough* On the Side. Though Kerridge’s roasted sprouts with orange and onion marmalade could be interesting. Kerridge also proposed an excellent looking turkey leg crumble. And who could say no to a side dish that’s mostly meat?

Are you having goose or beef? Then consider Rachel Roddy’s radicchio Treviso with pancetta as a side dish option.

Maybe not for the Christmas day table, but I can vouch for Blacklock’s kale and parmesan salad and ash roasted sweet potatoes, also from last week’s Sunday Times.

Classic Christmas pudding too rich for you? Anna Jones reckons she’s got the answer — her pud in for The Guardian Feast uses more fresh zest than dried and candied fruits. There’s marzipan in there too, plus various bits of ginger, oat milk, ground almonds and stuff. I like the look of her lebkuchen too.

Or you could go for a christmas pudding parfait per Tom Kerridge.

Blimey, the Ottolenghi test kitchen served up some showstoppers. Of course the selection included a trifle (chestnut and clementine with aleppo chilli pepper and orange blossom). But also: sticky fig and coffee puddings with maple toffee sauce, and a really super looking filo tart packed with apples, prunes and armagnac. I will take a portion of each, thanks.

On which note, are you the kind of cook who plans to offer two puddings, but will probably panic and end up making four? I know you, and I like you. Consider including Rachel Roddy’s orange and prosecco jelly. I bet it gets finished before the other, bigger effort puds.

There’s no suggestion that this should be a figgy pudding alternative, but Nigel’s latest simple Sunday dessert is figgy, a pudding, and includes redcurrant jelly and Marsala, so feels quite festive.

Some really nice little bits of baking in the FT Weekend Magazine from the Honey & Co duo, which could be used as gifts or decorations or just general sweet extras. Not least chocolate orange fudge, chocolate coconut macaroons; crunchy tree wreaths and ginger biscuits.

Did you know that the perfect Christmas yule log has a chestnut purée and brandy cream filling? Well, you do now, thanks to painstaking research conducted by the ever-selfless Felicity Cloake (you’ve got lots of copies of the latest Perfect for Santa sacks, yes?)

I liked Meera’s chocolate frangipane (suggested in the context of a pear galette for Feast, though I suspect in it’d work wellany context).

There were also some Norwegian mincemeat buns in The Times Weekend supplement on Saturday, among other festive Skandi things by Bronte Aurell.

And I q. like the look of the poppy seed strudel among these classic German bakes.

Xanthe Clay provided Telegraph readers with a fairly comprehensive set of instructions for different glazed hams – with options for what to serve them with, what to do with the simmering broth, and how to make the most of the leftovers. Certainly worth a look.

The leftovers recipes will start in earnest over the next few days and continue through the pre-Christmas weekend. Do what you always do: whether that’s a suet/puff topped pie or a curry.

I very much like the look of Angela Hartnett’s gin and drunken cranberry tonic at the bottom of this piece. Maybe because it’s basically a negroni with cranberries in.

Sarit Packer and Itamar Srulovich’s roasted duck legs with clementines and apricots should figure at some point over the festive period. Via the latest Observer Food Monthly, and from their excellent ‘At Home’ book.

For Christmas eve: Skye McAlpine’s prosecco risotto could well be divine (with white truffle, if you have any kicking around).

Finally, a bit of a Scrooge/Grinch point, but who is writing Rahul’s recipes for The Times Magazine? Call me Sherlock, or just wrong, but they seem a bit suspicious, and the voice rather unlike his persona (also the instruction for ‘2 pouches of cooked basmati’ rice in a not-particularly-appealing cold curry and rice filled hand raised pie annoyed me).

Ding dong merrily and all that xx