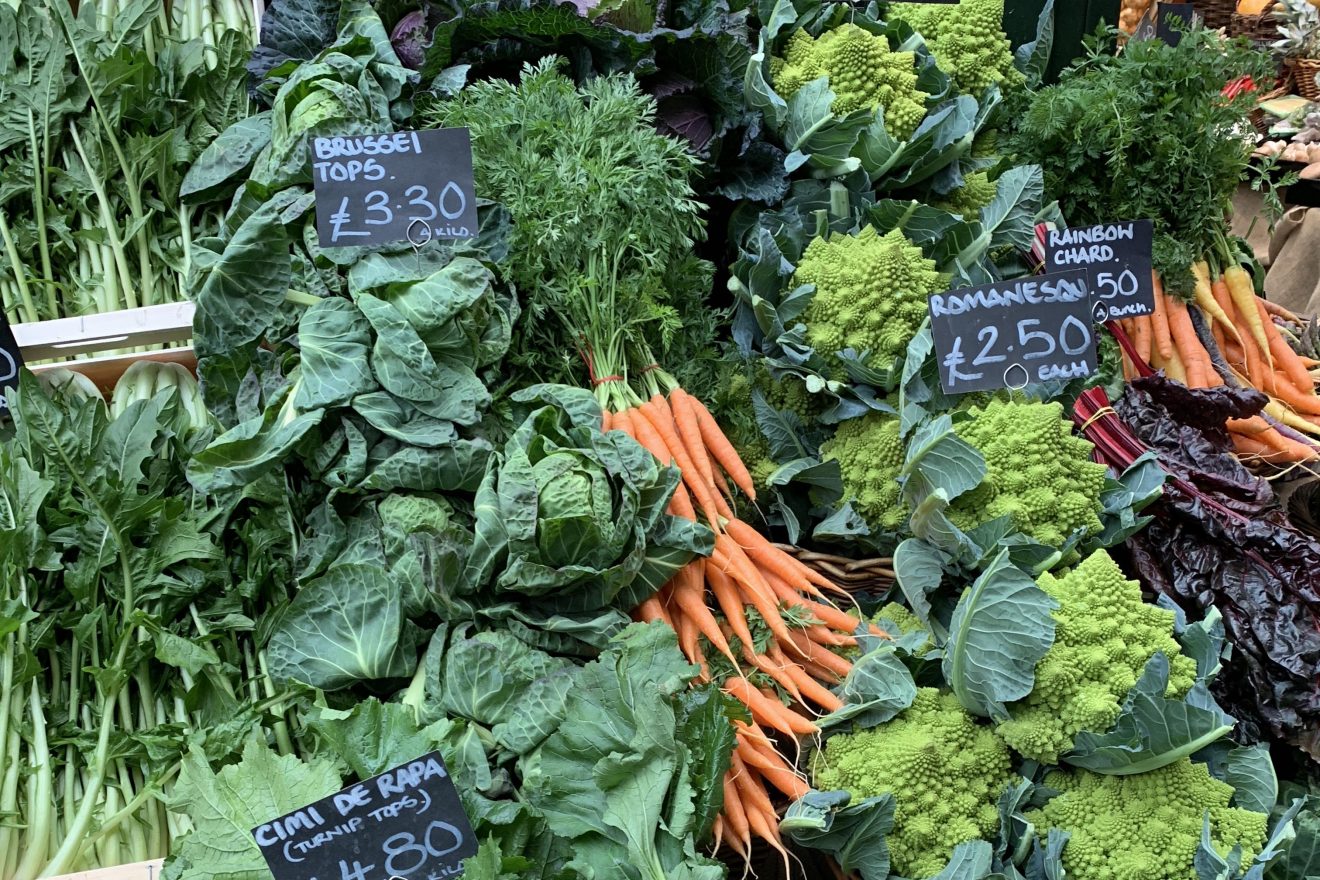 I meant to post this round-up of November’s recipes earlier in the week, but then life and stuff happened. Now a whole new set are about to be out / are out it seems a little redundant, but I’ll be ****** if these words are going to sit in draft.  Also, there’s plenty to cook within, so have a scroll and click through to whatever takes your fancy.

The Christmas cooking recipes will kick off this weekend and next. I shall collate them in a fortnight.

I made Meera Sodha’s mushroom mapo tofu at the start of this month, by the way. It was ace — in fact I made it again two days later, and again the night after that. But that’s an October recipe, so I move on to and hover over her recipes in Feast for courgette, cashew and coconut subji, and mushroom keema with soft bread rolls. As ever, such a killer way of upping the vegetable intake.

What’s been going on at team Ottolenghi HQ this last month? Huge amounts of delicousness, that’s what. They celebrated Thanksgiving with jerk duck roasted over black-eyed beans, made killer red rice with mushrooms and cavolo nero, and, oh my, mochi pecan roulade with praline and cream (a truly modern version of American cuisine). On another week, fish butter curry and tofu and cauliflower korma both looked mega.

Observer Magazine readers have missed Nigel Slater for the last couple of weeks (currently convalescing — get well soon sir), but he’s still passed on a helluva lot of loverly bits through the month: early on, a sticky sweet and acidic tray of shallots, cocktail sausages, grapes, tomatoes and more; morcilla and apple rolls with a mustard cream; baked apples, pears, with cranberries, dried fruits and a rye crumb feels like something we should be knocking up as a light dessert over the Christmas period. That said, note ALL of his actual suggestions for the festive season in the Observer Food Monthly — there’s genuine brilliance within (oysters with pickled grapes; trout tartare with toasted pumpernickel and lumpfish roe; roast turkey leg with potatoes and tarragon; quince pies, frosted lemon bundt … it goes on).

Would like to cook (and eat) Thomasina Miers’ Thai-spiced venison mince (pad kra prow) and the lemongrass, galangal, and tamarind squash and chicken curry.

Great beetrooty things from Anna Jones, not least the (spiced) whole baked beetroot salad with beet tops, feta and yoghurt. Also three cheers for the versatility provided in a piece on Sri Lankan curries, which began with a method for a spice mix that could be used with multiple things. Good, too, that it moved on to a more specific recipe for a potato, chard, coconut and cashew curry — preserved lemons adding an extra layer of savoury-sweet too.

Striking food photo of the month goes to Felicity Cloake’s perfect poached pears. I think also worth noting her perfect pilau rice. And of course it’s not really too late to to stir up an almost perfect Christmas cake.

I loved Rachel Roddy’s farro, pumpkin and chestnut soup — plus all the words that preceding the recipe — and you could do worse over this festive period than making multiple trays of her tiramisu. Classy stuff. As an aside from all these recipes, you must read Rachel’s recent piece on Jane Grigson “Over the years I have made a lake of her silky ratatouille. I can measure my life in her bread sauce – a balm for turkey or chicken, which has exactly the right proportions of breadcrumbs, rich milk, butter and cream – and her note to stud an onion with three cloves and let it bob around in the gently warming milk, then finish with a pinch of fiery cayenne, makes all the difference.”

Finally, I’m not sure which Guardian section hosts ‘fast food’ from contemporary restaurant chefs (Thursday G2?), but a recent taco from Sam Bryant of Peckham’s Coal Rooms made me smile: a pork mince spiced with many things, including jalapeño peppers … so it becomes green, topped with pink pickled onions and (wait for it) powdered Frazzles. Genius.

“Nobody ever seems to buy anything from the motley range of ingredients on the shelves – the jars of French fish soup, tins of Spanish sardines and boxes of oatcakes – but I like them being there.” Diana Henry speaking my mind, there, in Stella Magazine. She followed those thoughts with some strong quick-to-cook fish dishes, particularly spiced mackerel fillets with a chilli mango salad, and paprika and polenta dipped bream served with ajo blanco and grapes. Earlier on in the month Diana wrote on how cooking makes her feel better, which I totally get. I’m also with her on the recuperative potential of a multi-staged tart making process, and her Normandy apple tart looks lovely. And like Nigel, in November Diana Henry advised making a blood sausage and apple sausage roll (black pudding in this case, not morcilla). I was drawn to the apple, fennel and blue cheese galette in the same column.

Genuinely fascinating idea in Stephen Harris’s piece about linguine vongole, in which he extoles the virtue of Joe Trivelli’s suggestion you cook pasta ‘like risotto’, i.e. cook pre-blanched linguine in clam stock, topping up with pasta water and occasionally stirring, so that the pasta is tasty and sauce starchy. More recently, an ‘inauthentic’ take on a tikka masala seems likely to be a good one.

At some point in the month The Telegraph hosted a set of recipes involving miso by Australian-Japanese restaurateurs, all of which caught my eye, but particularly slow cooked beef cheek with hatcho miso and red wine, and baked miso eggs with roast aubergine and pumpkin (good brunch dish that)

And there were a couple more columns in The Sunday Telegraph from Angela Hartnett, including poached pears and other trad puds, and then ‘cold weather’ pasta. Things like cavolo nero ricotta tortellini, and gnocchi with wild mushrooms, pumpkin and chestnuts. I still feel Angela’s columns are on the comfortable side of effort for the writer; though she is quite instructive, which when passing on years of experience in things like fresh pasta is good for the reader.

November’s Sunday Times ‘The Dish’ supplement treated readers to Calum Franklin’s pies: specifically a beef and bone marrow suet topped one, a lovely veggie shortcrust one — made in a loaf tin — and a mulled apple and pear cobble tart-pie thing. There’s a book in these, one assumes, Chef? I think the same magazine included some really gross-sounding cocktail inspired bakes by Candice Brown (mojito eclair, anyone?)

In between, there were a bunch classic American recipes for Thanksgiving, including a solid pumpkin pie (solid in a good way), candied sweet potatoes, and green chilli cornbread. Plus some appealing interpretations of American food by Tom Kerridge, including a peanut, malt caramel and cherry tart, and turkey and bacon meatloaf with horseradish mash.

In November Kerridge also matched recipes to Remembrance day / 100 years since Armistice. Bit Great British Menu, but still no doubt a tasty onion and Normandy cider soup, an excellent corned beef, potato and cheese pie (unusual and maybe impractical for the home cook pastry — 150g dripping, 1 tbsp dbl cream, polenta and flour). Plus poppy seed scones with blackberry jam, which may well be proper lush, but has the most outrageous photo I’ve ever seen, with both scone halved sandwiched around the cream and jam. How to offend both Devon and Cornwall in the same snap.

The Great British Bake Off continues to be the best route to a News UK column, with recent winner, the lovable Rahul, recently announced as joining the ranks. As is the rule, his first set of lavishly photographed recipes were a variation / ‘twist’ on classic bakes. SO chocolate and orange marbled madeleines, chocolate and salted caramel cake, apple pie Paris Brest with almond praline and a multi-layered, multi-fillinged pavlova.

And Donna Hay got in early with the Christmas options: providing, in fact, three different ways to do a turkey that absolutely no one will do, because we’ll all stick to whatever our usual method is. i.e. not prosecco brined turkey breast, not turkey roast over pear and potato gratin, and not spatchcocked turkey with cherry and cranberry glaze and deep-fried tarragon (LOL cracking open the deep fryer for a herb garnish on Christmas day). Would, however, cook the spiced roast duck with cherry sauce on another day. And pomegranate molasses, honey and orange ham will work at some point. Ditto the rosemary, mascarpone and potato tart.

The FT Weekend Magazine‘s Honey & Co duo seem to have been vegetarian focused through November. All warming: like cabbage and potato pie, emboldened only with tomato purée, cabbage and allspice (humble, but surely tasty too?); harissa roast pumpkins, which are invigorated by a mint sauce and yoghurt drizzled over the top; and orange and whisky curd doughnuts — because the good thing about puddings is that the vast majority of them are vegetarian.

From the internet and overseas

Continuing to crush on Alison Roman, her November New York Times recipes included what I think will be a very pleasing spiced chickpea stew (coconut, turmeric, leaves, pre-cooked chickpeas fried before then being simmered in the coconut milk until falling apart).

I’m not monogamous, though, so I crush also on Samin Nosrat. Her November offer was on the subject of bashing your pesto. If you’ve see Salt Fat Acid Heat on Netflix you’ll know the gist of it already.

And if the crush has been ongoing for ten years, is it something more than that? Please check on Helen Graves’ oxtail soup with scotch bonnet, potatoes and okra; curried crab vol au vents; and roast pork belly with quince and (more) scotch bonnet sauce.

One thought on “Supplemental #192”