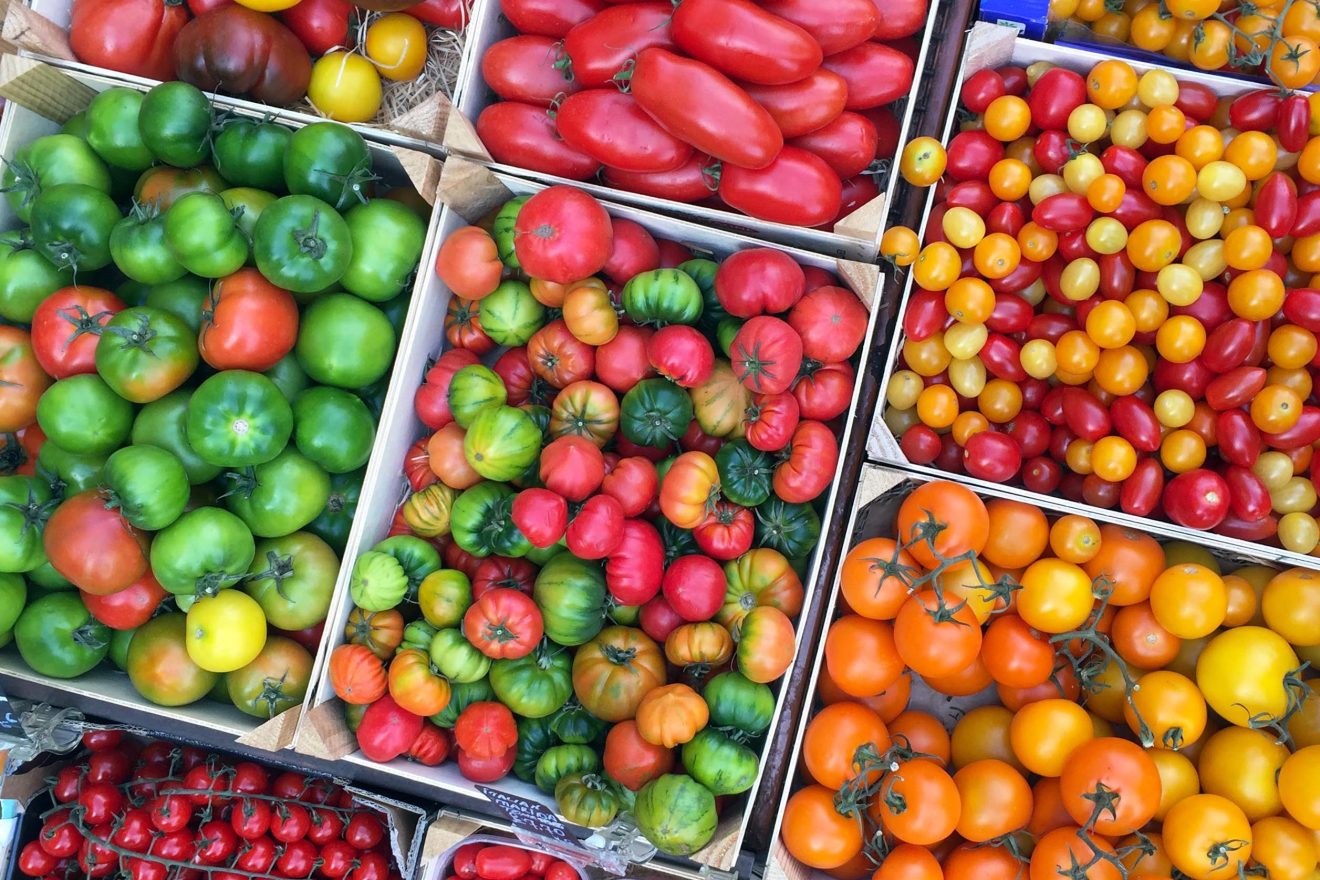 Here it is: the first of the monthly #Supplemental digests.

It’s a little lengthy, even though plenty of recipes have been sifted and set aside. Hopefully you’ll make it to the bottom (and as you do so, bookmark a few of the dishes to cook between now and the next edition).

I haven’t logged the numbers over the last 5 years of doing this, but I’m pretty sure the percentage of recipes in the weekend papers that are books extracts as oppose to recipe columnists’ originals has risen. So obviously many of July’s came from new releases.

Yasmin Khan’s book Zaitoun is inspired by Palestinian cuisine and culture and is well worth a look, as the write up and recipes within July’s Observer Food Monthly neatly shows.  Aubergine and feta kefte, lamb meatballs with tahini and hummus with spice lamb are on my list.

Speaking of hummus, Frankie Unsworth’s white miso and tahini hummus intrigues. Extracted by The Sunday Times from The New Art of Cooking

The Sunday Times also took on the latest Stein book. Good things with fish … the curve ball being that this is by (son) Jack, not (Dad) Rick. I liked the idea and alliteration of seared scallops succotash.

There was a second wind of promotion for Nargisse Benkabbou’s Casablanca in the Telegraph. Chicken brania (broken aubergine and chickpea tagine) looks tempting.

And Jamie’s got another book and tv series. This time, it’s him cooking Italy (and is presumably different to the last time he cooked Italy). Some sweet recipes from that book appeared in the Telegraph at the end of July. I was intrigued by a chocolate chickpea cake (he likens it to a chestnutty brownie) and his semfreddos are always great (vanilla, vina santo, amaretti biscuits). The inclusion of a nutritional breakdown to 1 decimal place at the end of each recipe is thoroughly depressing, though.

Also a regular fixture: recipes placed by restaurant PRs. As a general rule, I think you’ve got to take these with a pro-chef-sized pinch of salt: have they been rigorously thought through and tested for home cooks, or are they a quick approximation of a dish usually made for 60 rather than 40? Do they omit the key ingredient (often experience, skill and a brigade of 7 chefs)? We won’t know unless we cook them, I suppose. All that said, these were of note:

Tom Brown, dishy fishy protegé of Nathan Outlaw, held court in The Times Magazine on 21 July. There were a few things in there you might expect to see at his Hackney Wick restaurant Cornerstone — gherkin brine oysters, crab rarebit, mackerel pate with cider vinegar jelly and cod with cafe du Paris hollandaise. Also some larger, sharing meaty things. Worth a look.

How many of you will seek the fig branches, sea buckthorn juice, dried sea buckthorn berries and foraged leaves required to cook Andrew Clarke and Jackson Boxer’s wood-grilled monkfish with sea buckthorn molasses? Thought so. BUT, having this sort of uber cheffy recipe out in the open does have the potential to move things forward. In this case that’s probably providing the inspiration to cook a whole monkfish tail on the BBQ. Closer to home, I bet their roast garlic, tahini and white bean dip with crudités is excellent and easy.

If you were in doubt as to whether you should take a trip to eat at The Sportsman, then have a read of Stephen Harris’ latest recipe introduction for his Telegraph column (lol, of course you weren’t, but read it anyway). You could follow that by making one of his recipes (summer curd tarts; chilled beetroot soup), so long as that doesn’t prevent you from visiting the restaurant’s booking page

On to the homely content. Naturally, much of this was summery, and as the heatwave wore on, even more of it both asked and answered the question: htf do we cook and eat without drowning in our own sweat? Berries popped up often.

I have personally found choosing my favourite berry or stone fruit incredibly different this summer. But for a few days at least, it’s been cherries. Indeed, Nigel Slater is 100% correct to say that they have been extraordinary this year. It’s hard to do anything other than enjoy them chilled and unadulterated. But one could try mini cherry almond tarts or cherry and vermouth compote with goat’s curd. See, too, his summer fruit recipe selection in the OFM, clocking ricotta with cherry and blackcurrant compote in particular, as well as the peach, honey and rosemary cake. What else from Nige through July? grilled miso chicken and a radish and frisee salad seems the pretty much pitch perfect midweek recipe right now.

The Observer lot also released one of those recipe specials this month — this time on a summer fruit and veg theme.  Click on the link and the other links within it to browse backwards. I’m not actually convinced all suggestions are particularly summery (roast pumpkin curries, mushroom freekeh), but corr: Kitty Travers’ wild fig and watermelon sorbet, Meera’s grand vegetarian biryani, Wichet Khongphoon’s aubergine laab, Fuchsia Dunlop’s vegan mapo tofu.

Are there any gooseberries left? Don’t forget to throw a fool together before they’re gone.

If you want something new to do with strawberries, head to Diana Henry’s summer spread in the Sunday Telegraph’s Stella Magazine, where you’ll see an intriguing assembly of strawberries with cider and mint. Note also the peach glazed ham and peach relish, and a tomato and goat’s cheese galette.

Rose Prince’s latest seasonal set for The Telegraph was on the theme of cooking for the family while on holiday. I was drawn to the green monkfish curry, and also the brunch/supper idea of spiced sweet potato hash with a fresh mango relish. Oh, and the baked cheesecake — scroll back through other supplementals this year and you’ll see that’s particularly de rigour at the moment.

There’ve been a few blueberry columns over the years I’ve been doing this. Yotam’s latest was a decent addition. I like the sound of the blueberry, juniper and whisky jam. Would it be too sweet to go with the game birds that are (somewhat unbelievably) soon to flutter into view?

Hey, real home cooking doesn’t have to be hyper-seasonal to be good. Here are the other weekend recipes and foodie columns that caught my eye.

In Stella, Diana Henry raved about my favourite culinary past time — fridge foraging — and seeing opportunity where others might see waste. It’s both a lovely and very sensible intro. Have a read. Of course there are recipes too (salad soup, green beans with ricotta, white beans with herbs and roast tomatoes), though really it’s about the ethos.

As always, Yotam Ottolenghi’s Guardian Feast columns have been innovative and inviting. As well as the blueberry one noted above, I liked this one, which included an Asian chicken and egg salad and a STRAWBERRY TIRAMISU CAKE. Though I actually think his best recipes were found in a different magazine this month (which I should really have filed in the restaurant category, as they’re found their way into the Sunday Times Magazine through association with his new restaurant Rovi): squid and lardo skewers w red pepper paste, burnt honey parfait, oat brittle and raspberries

Still here and with an appetite for more? Well, do have a read of Rachel Roddy’s piece on risotto al pomodoro. Make sure you’ve also got Martini rosso in the house, both for drinking glass and sauté pan.

Which recipe writer has just spent about a month cycling around France? (clue: check out Felicity Cloake’s perfect Iles flottantes)

The Honey & Co duo feel that their chickpea pancakes with avocado salsa hits the spot in summertime — largely because they’re low effort, high reward. I’m a super, fan, though of their fresh corn ‘polenta’, whether as a side or, as they suggest, the centrepiece with some feta and spring onions.

Speaking of fandom (and of FT Weekend recipes), slow-cooked squid is always a winner in my book, so I am particularly interested in Rowley Leigh’s recent adaptation of “a curious Ligurian recipe for squid with beetroot, orange juice and chilli”.

And FINALLY, Meera Sodha’s beetroot, walnut and smoked tofu claypot noodles in the Guardian Feast in the middle of July is such a clever idea — one hundred percent something to try, whether you’re vegan or not.

For when the weather warms up again at the end of the week: Helen Graves’ iced peach tea.

For any night of the week, regardless of the weather: Lizzie Mabbot’s home made mung bean noodles with sesame sauce.

For a messy cake made in a bowl that I think’ll be perfectly fine but I’m mostly including here because of the little videos that accompany each instruction which are probably the future so we should all stop writing words and pick up video editing skills instead: Bon Appetit’s blackberry icebox cake.