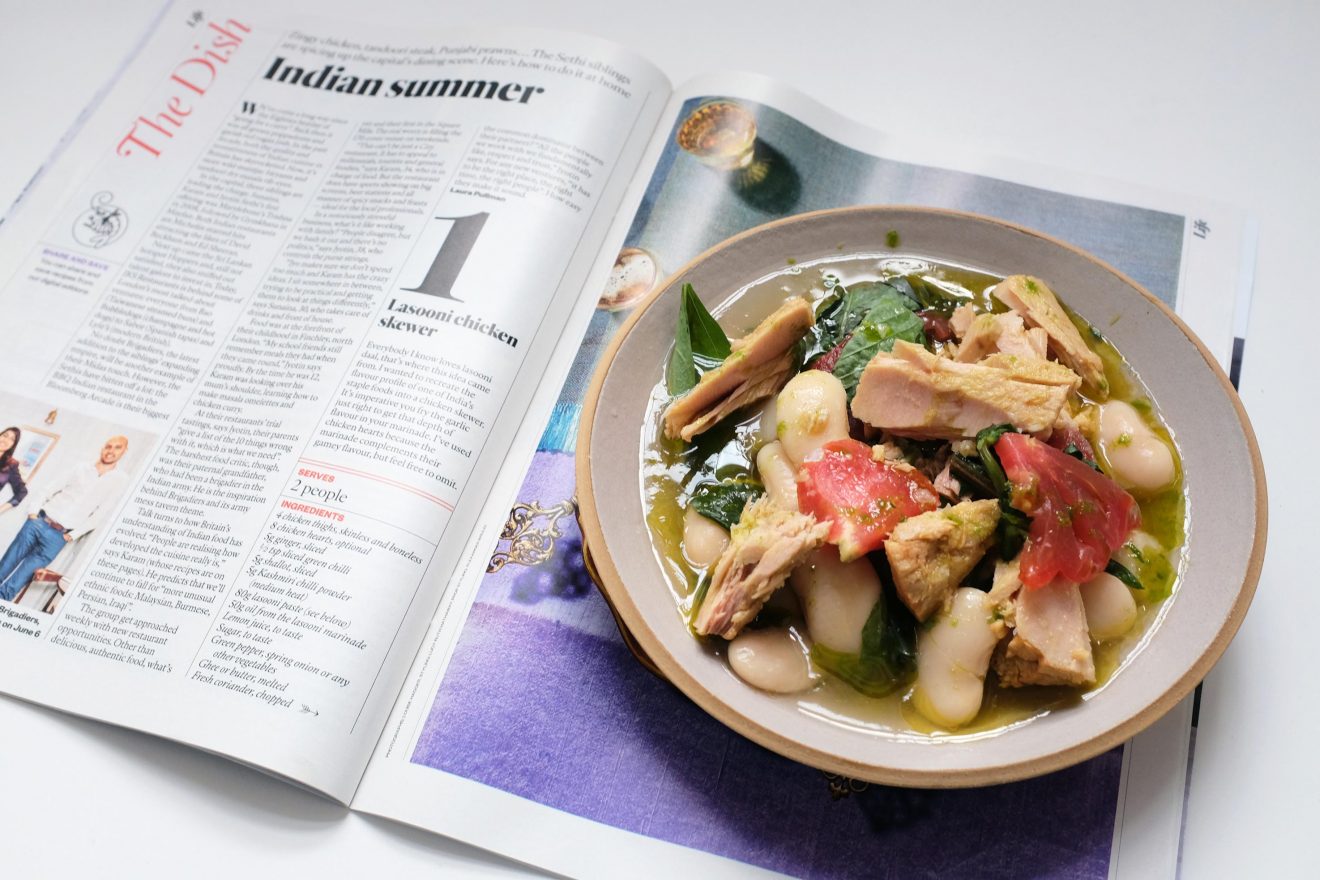 You may or may not have noticed that Supplemental’s been away for a bit. A combination of away days, bank holidays, and can’tbebothered days. Back now, though. Huzzah.

There’s a collection of highlights from previous weeks at the base of the post. Assuming you can wait a few more minutes for that, read slowly from the top down to safely digest the most recent set of recipes from the weekend’s broadsheets.

Not much to see in Nigel’s pan con tomate in Sunday’s Observer Magazine (which is not to say it’s wrong, just that you’ve hopefully seen and eaten it before), but keep scrolling and there’s a recipe for apricot and rosemary focaccia, plus the suggestion that we “place on the table, with some goat’s cheese, for everyone to tear apart” and I’m sold.

There were a couple of interesting ideas for fish in Yotam Ottolenghi’s Guardian Feast column — a Mexican-inspired dish where cod fillets are marinated in a red pepper and pumpkin seed salsa, rice baked with spices and lime, and then once the fish are also baked, the two components brought together; and cured gurnard in chamomile and cucumber water, which I bet you’ve not made before.

Also check out a lovely spring vegetable pilau by Meera Sodha in the same supplement. The asparagus, fennel, peas, dill, mint and lemon I’d do naturally in a rice side dish at this time of year; but the addition of green chilli, cumin and garam masala would make hers more interesting than mine.

And Anna Jones’ radishes are worth a look-in — both the radish, mint and sumac salad (refreshhhhhhhing) and roast radishes with dates and preserved lemons (sticky, lush).

[There’s more to come from the Feast lot, of course, it’s just not yet online. I’ll try to update as it drips through.]

Rose Prince’s seasonal spread for The Telegraph amounts to food for sunny, summery Sundays — when it’s too hot for a roast potato (like her, I’m firmly in the camp that believes those days really do exist). Skate and radish salad is a nice idea. Also roast chicken with a romano style pepper sauce and red rice.

After catering college, the one kitchen accessory I promised myself was not a sous vide machine, dehydrator or Rotavac, but a basic deep fat fryer — forget the chip shop vibe, this, IMO, is the one thing that could transform week night meals. Diana Henry’s latest recipes in The Sunday Telegraph’s ‘Stella’ magazine illustrate the point nicely — just imagine fritto misto and crab croquettes on tap — BUT I can’t say I’ve got that fryer yet, and there’s just something about the cleaning of an old pot filled with one-use sunflower oil that turns my off. Also, our extraction is appalling and the jars above the hob greasy enough already. Maybe you’re in a better place to get frying?

Somewhere else on The Telegraph’s pages this weekend, Stephen Harris cooked up a ‘stir-fry’; though, titling his recipe for spring-summer vegetables does a disservice to both his method and more traditional stir-frying. In fact he’s advocating cooking glut veg together … but staggered so that they all reach al dente at the same time. So onions, baby potatoes and carrots with a little water for around 15 minutes, gradually dropping in beans, courgettes and so on, then the things that are good raw just for a flash of heat. Harris adds a pinch of curry power and lime zest to mix it up a little.

In the FT Weekend Magazine, Rowley Leigh offered mozzarella with fritteda (stewed spring vegetables — others have been calling it vignarola). I liked his comment: “I look forward to the next few months, when most food tastes best tepid. Unlike my parents’ generation, I care less for “hot” food, preferring to steer a nice lukewarm course between the Scylla and Charybdis of sizzling and stone cold.”

The Sunday Times’s ‘The Dish’ section had a handful of recipes from The Wolseley. Can’t say any jumped out at me, though of course a chilled minted pea soup and creme fraiche would go down nicely. Candice Brown’s coconut and lime madeleines intrigue, too.

I miss Jeremy Lee’s King of Pudding’s column in the Guardian’s ‘Cook’ supplement (I miss Cook tbh). So it was divine to read his words and see a recipe for apricot and almond tart in the Evening Standard Magazine towards the end of last week. Incidentally, Jeremy names his top 5 puds as: peach melba, apricot and almond tart, cherry clafoutis, bread and butter pudding and steamed ginger pudding. It’s hard to argue with the man (seriously, take the afternoon off work and go and pile through his dessert menu at Quo Vadis), but I’ve been ruminating all weekend and still haven’t come up with my alternative list. What would yours be?…

Some of the best jams I’ve ever eaten have been made by Lillie O’Brian, who owns and jams at the London Borough of Jam. A treat, then, to see her recipes in The Telegraph, and also that she’s got a book out. She’s a fantastic matcher or flavours — in the extract alone there’s blackcurrant and almond, raspberry and liquorice, peach and lemon, strawberry and white balsamic. Get to a pick your own farm over the next month or two and fill your boots.

I really like the look of Lizzie Mabbott’s steamed aubergine salad.

This roux geekery is actually quite important — the variation of colour (and ultimately flavour) is not something that’s written about or explained clearly enough in recipes and on TV.

While we were away

Put Anna Jones’ pea, mint and preserved lemon filo tart on your to do list.

Then click over to the Financial Times, who’ve put their vegetarian recipes in one spot. Free to view, too, I think. 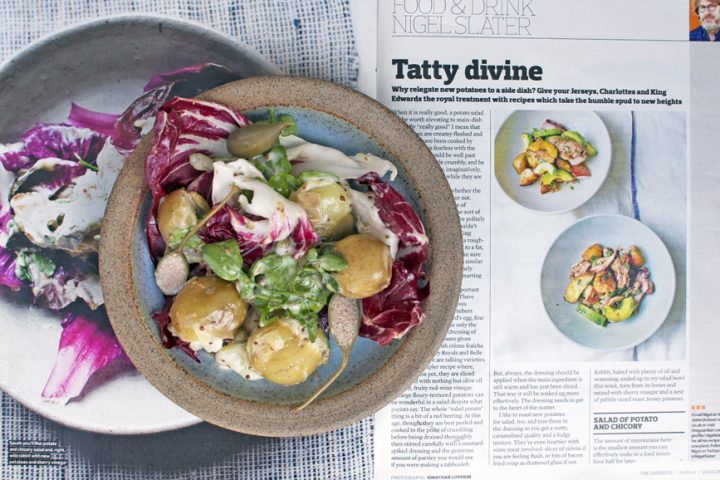