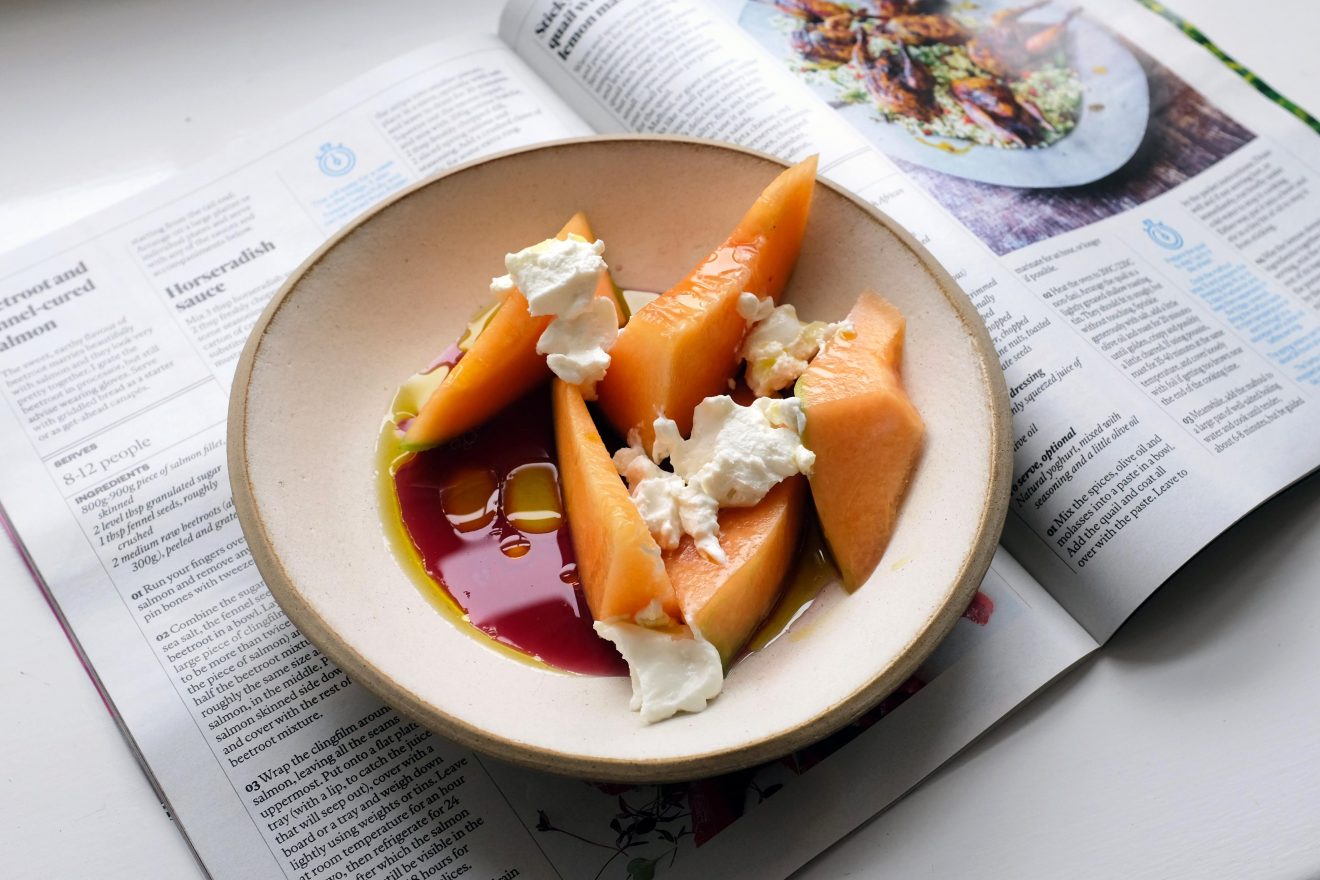 Another weekend, another mass of things to cook. Look out for pickles and pork and burnt cheesecakes and onion-stacked spaghetti. Among other things, and not all at once.

You learn something new

WTF? Apparently Nigel Slater didn’t eat pickles between the ages of 5(ish) and 50(ish) having been turned off at first bite of a Branston-filled primary school sandwich. Jeez, I feel both shocked and bereft for him. Still, he’s been making up for it over the last decade, and even makes his own kimchee now. Indeed, his recipe for kimchee-style red cabbage was in Sunday’s Observer magazine, along with one for a very tempting roast chicken breast, lemon mayonnaise and red cabbage kimchee dish.

In similarly sad news, Xanthe Clay noted in Saturday’s Telegraph that cod, haddock, salmon, prawns and tuna make up between 60-75 per cent of seafood eaten in the UK. Moreover, we export about 75 per cent of fish caught and landed in the UK, but 70 per cent of what we spend on fish goes on imports. Go figure. Also, as Xanthe suggests, go try dab, hake, herring, gurnard, mussels, mackerel, megrim, crab, and scallops instead. Her article ends with a selection of recipes from Mitch Tonks to help you do just that, including one for hake with cockles, garlic and parsley (and another that makes this week’s menu — see below).

Yotam Ottolenghi got Saturday’s Guardian Feast supplement of to a fine start, with a selection of porky dishes that you probably maybe haven’t tried cooking before. It’s hard to know which of the eclectic bunch to try first, really: Thai marinated pork neck with nam jim sauce; Chinese five spice pork fillet with a parsley and barberry salsa; or meatballs with caramelised cabbage.

Diana Henry seasoned her Sunday Telegraph ‘Stella’ magazine column with a heavy pinch of home truth: even a professional food writer of her calibre is all baked out of ideas and energy by Thursday night. (Helluva relief to find out that my Pot Noodle topped Southern Fried McCain chips are excusable). For those who still want to do a bit more than a Deliveroo, she suggests a few recipes that are easily achievable via a last minute supermarket shop and not much cooking. I like the look of the leek and bulgar bake in particular, and never say no to sausages and herby lentils.

I’m often sceptical about the newspaper recipes that come from restaurant kitchens. These are ultimately gifted to us in promotion of that place, rather than from the goodness of the restaurant’s heart, and so have almost always been jotted down with a sharpie on the back of an old menu at the end of service, rather than laboured over and tested rigorously in a home kitchen. Do the instructions really include the secrets for the dish you fell in love with when eating there? How carefully did the chef translate from 80 portions to 4? All that said, I was very pleased to see Brat’s delicious burnt cheesecake in The Sunday Times Magazine, courtesy of chef Tomos Parry. It’s both delicious, and also made in relatively small portions, so should work. He didn’t add a recipe for the restaurant’s already famous turbot dish (tbf that’d probably be: buy super fresh Cornish turbot, find massive cast iron open fire range, cook turbot), but I like the look of the soused and roasted red mullet, and suggest that might well be worth the effort too.

In the same magazine were a bunch of recipes offering elements that can be done ahead of time. I have a sneaking suspicion that if you are ultra-prepared and do things in a advance of eating them … then you ultimately spend more time in the kitchen. Still, if that means on a night when you’re super rushed and have friends over, but you still want to impress, then it’s good to be prepared. Sticky roast quail with herby lemon maftoul, and hazelnut meringue with praline torte stand out.

Back in the early days of #Supplemental, it was guaranteed that Mark Hix would be the first person to ring the bell for the British asparagus season. Since The Independent closed its paper format and his column disappeared, however, that role has been up for grabs. This year, Rose Prince of The Telegraph‘s seasonal eating column has claimed Hix’s job. To my mind she’s a shade too soon (technically the season doesn’t begin until 23 April, and though spears do arrive early the good stuff is not out quite yet). Still, consider raw asparagus, fennel and ricotta salad when you do get your first few bunches.

Also in Saturday’s Telegraph, Russell Norman noted that the seasons are important to Venetian diets, conveniently segueing between his latest book and a selection of recipes from that, which will suit British home kitchens right now. Baby artichoke risotto, broccoli and anchovy crostini, and spaghetti with a whole load of onions caught my eye.

Other recipes of note (or not)

The Honey & Co. duo praised Britain for having given the world the sandwich. Which is kind (I suspect others put things between bread long before the fourth earl of sandwich asked for a snack so he could continue gambling) but thanks anyway. Is the steak sandwich really red white and blue, though? Again, others like Portugal might, err, stake a claim. Whatever, their tip of the hat recipe involved a relatively decadent rib-eye, controversially toasted sourdough (I prefer ciabatta-type loaf or roll), and two excellent condiments: chived sour cream and celeriac and horseradish remoulade.

Back to that bumper food issue of the Sunday Times Magazine, where there were a number of recipes from James Whetlor’s book Goat. Each of the extracted recipes are ascribed to other chefs, with arguably the most appealing being Yotam Ottolenghi’s goat shawarma and a zippy, herby, watermelon, kohlrabi and pomegranate salad.

And to finish on a downer. Or, as it’s also known, the Saturday Times’ recipe coverage …

… I’m a big fan, ‘uge fan, of things like okonomiyaki, but less so of the phrase (and title of a book extracted in The Times Weekend) ‘Asian Tapas’ — for tapas is Spanish, and Asia’s snacks and small plates can stand on their own. Recipes of a ‘low carb express‘ nature in the main magazine didn’t inspire much either, save for mackerel fillets grilled over chicory and apple with a piquant mustard dressing.

Some nice ideas in this Bon Appetit ‘what to cook when you’re stuck between winter and spring’ piece, not least beans and green soup with salted yoghurt and sizzled mint, and spicy lamb and lentils with herbs.

Sainsbury’s Magazine have marked 25 years in the game (congratulations!) with a host of bakes, including a round-up of ‘bests‘, such as this chocolate cake (which must be one of very many).

p.s. the melon dish in the photo is from Diana Henry’s How to eat a peach, which is just so very very very good. I’m cooking a few things from it, and then will write some words to add to the Cookshelf. But in short: you should buy it.

Gurnard escabeche with peppers and paprika 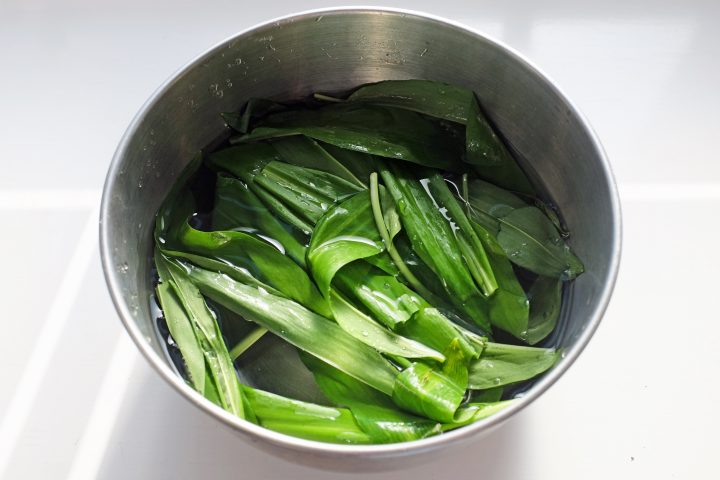