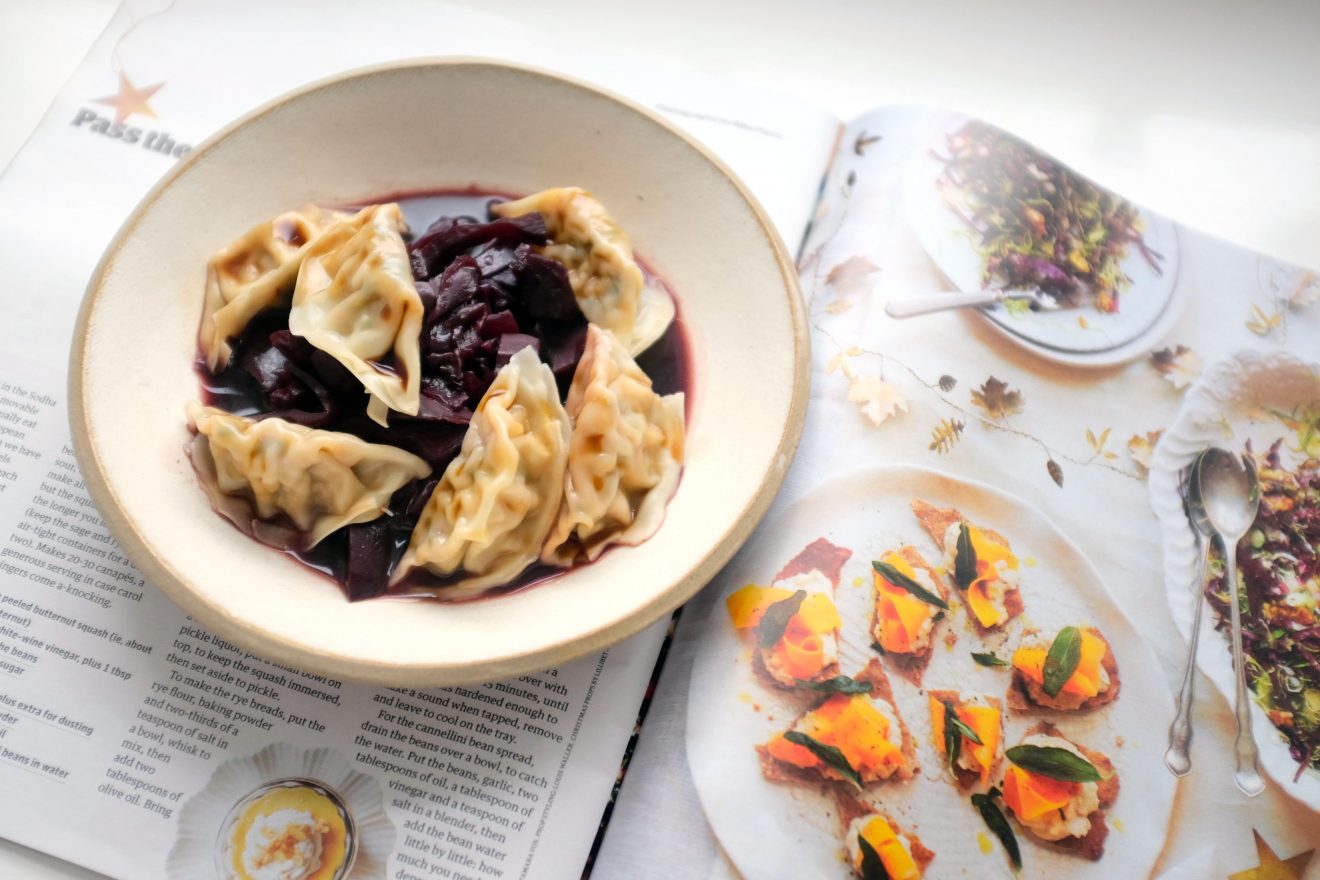 The menu’s a warming one this week, and sorta looks like a Christmas tree. Which was not intentional. Maybe I should’ve gone with ham and Christmas pudding ketchup, slow-cooked turkey leg with figs and almonds, and Mont Blanc tarts.

the Guardian and Observer

The Guardian Weekend magazine took its turn at the front of the ‘festive eating’ train.

Yotam advised we plan and cook in advance, and offered platters of grilled lamb filet with almonds and orange blossom, to be served with puy lentils and roast aubergines. I liked his north African-ish pappardelle with rose harissa, black olives and capers. Also mango and lemongrass dal with cod (at least I *think* I like the sound of that one).

Felicity Cloake was on hand to provide a twist to the usual ingredients. The recipes are conversational (which I enjoy), so you’ll need to pick ingredient lists from them. But slow-cooked turkey legs with figs and almonds should be cracking. Also jerk turkey. And all the sprout ideas will lead to good sides, not to mention the hasselback dauphinoise.

Whether you’re vegan or not, Meera Sodha’s canapés were fresh and will appeal to many. I particularly liked the idea of red cabbage parcels with macadamias, mushrooms, chestnut and chopped mint.

Sweet stuff came via Thomasina Miers. Who among us would say no to a flourless chestnut and chocolate cake served with chestnut (and mezcal) cream? (And if it’s you, are you mad?). Port, black pepper and cardamom pears are a nice slant on an old favourite. Best, though, might be the idea of sauternes and orange-soaked raisins and a sauternes custard, encased in pastry — as an alternative to mince pies.

No recipes in Cook, as instead it was a repository for foodie gift ideas. This meant Rachel Roddy’s army of btl commenters were understandably up in arms. Great collection of cookbook suggestions though…

And on Sunday, Nigel Slater moved on from festive, but kept it warming and sweet, with a maple and pecan steamed pudding, and ginger biscuits with a chocolate glaze.

Tom Kerridge offered his own plan for Christmas. Specifically, an “all-in-one roast turkey, caramelised sprouts and marmalade parfait”, which, I dunno, sounds a bit gross. Not sure I’ve got space in my freezer either. His honey-glazed ham served with Christmas pudding ketchup was intriguing; that ketchup involves warming pudding with orange juice and vinegar, then blending it until smooth. Gimmick or genius? You decide.

Stephen Harris went with a warm bacon, potato, cranberry and sprout salad — the sprouts halved and fried in the bacon fat.

I was pleased to see Diana Henry provide some vegetarian friendly Christmas recipes — and that she did so without adding yet another nut roast to the pile. Instead, leek, celeriac and dill gratin, wild mushroom and spinach galette, and a very scoopable mix of beetroot and apple with caraway, sour cream and hot-paprika butter. Diana’s podcast also returns, featuring a chat over the kitchen table with Ottolenghi. I look forward to listening.

Not sure if there was a recipe in the hard copy version of the FT Weekend, but there is a video online of Honey & Co’s Sarit Packer making their rather good chocolate babka.

Sunday’s Magazine featured four Christmassy sweet things from Candice Brown. Honey, fig and pistachio meringue the best of them (have to say her recipes and their intros never feel particularly engaging — who’s next in line for that slot?).

There were other pages covering puds and desserts too, of which I liked Rick Stein’s chocolate ganache, berries and smashed meringues (marbled with black food colouring and flavoured with liquorice powder), and Ottolenghi’s Mont Blanc tarts (chocolate and chestnut filling, vanilla whipped cream and candied pecans (from Sweet).

Saturday’s Magazine informed readers that The Game Bird has been the surprise restaurant hit of 2017 (alternatively, it was described by that paper’s reviewer as a 7.33 out of 10). Recipes for steak and ale pie, chicken kiev, venison casserole and dumplings, fish pie and calve’s liver followed.

And Nadiya offered a gooey treacle cake as an option instead of the typical festive fruit cake. Interestingly she says this one’s something to make at least 14 days in advance too; much of the dense gooeyness the result of time spent sat doing nothing.

Olia Hercules’ ‘let me count the ways of making Borscht‘ in The New Yorker is essential reading (and includes a recipe for Ukrainian winter borscht.

The sprout truffles by Sainsbury’s Magazine are kinda fun.

And Molly Yeh’s onion jam sufganiyot* with za’atar, sumac and yoghurt powder are interesting and new (to me).