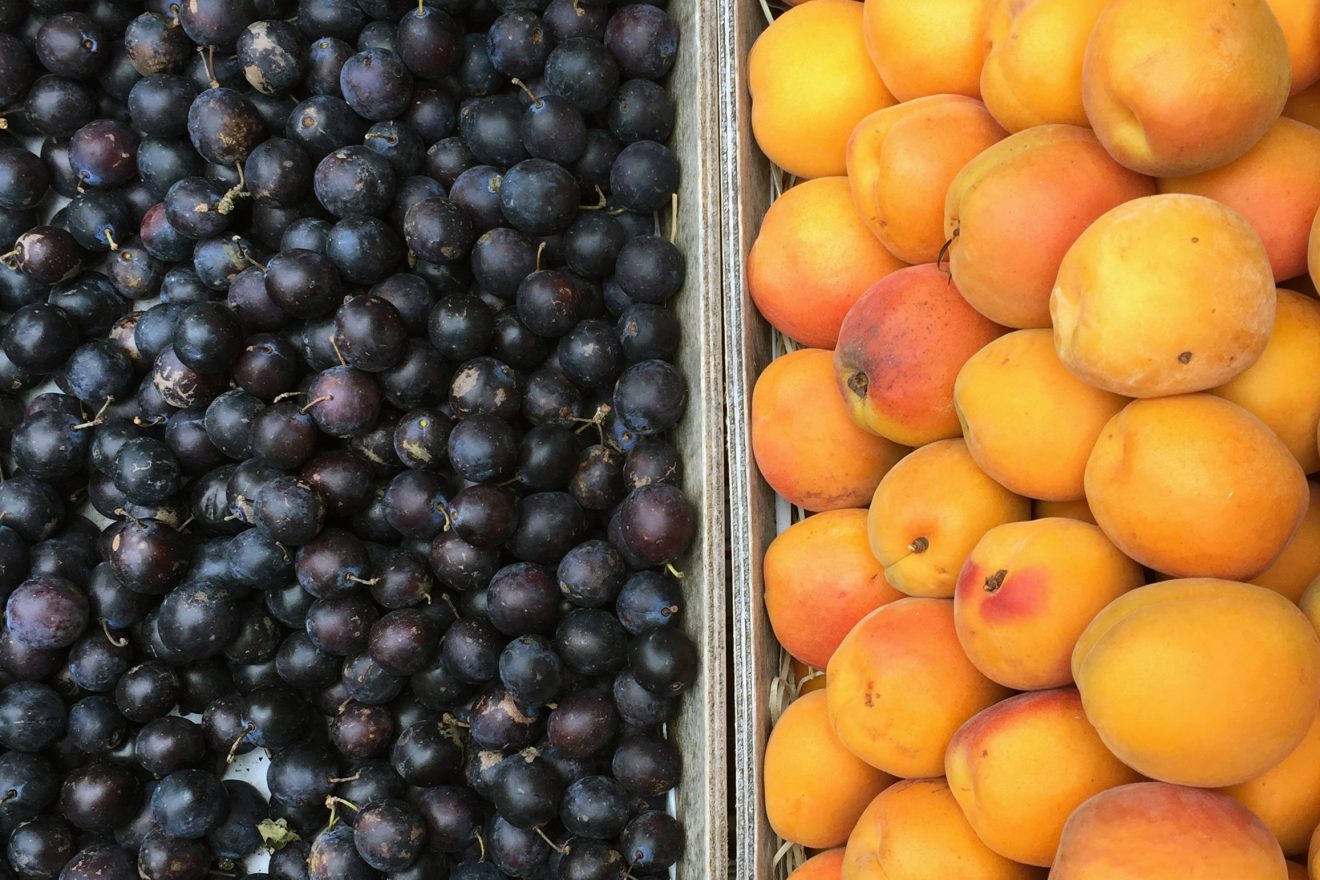 By coincidence, my three favourite recipes in this instalment of Supplemental involve lime. They also fit neatly into a starter, main, dessert formation for the weekly menu too. Huzzah.

NB Don’t miss the recipes in the “from the internet section” — they’re mega.

Now, without further a do. Let’s get cracking.

Really, really, really interesting  runner beans discourse from the pen of Stephen Harris. And then a fascinating recipe, where he salts stringed lengths of beans for thirty minutes, before dressing with a lime syrup and lemon verbena; I plan to do this ASAP (and certainly before the end of the 2017 bean season). He serves these beans with a pork chop (great), though I’m unconvinced by the recipe order, which suggests the cook begins the 30 minute bean salting process at the point the pork chops are left to rest. Move stage 5 to stage 3, I reckon.

Kudos to Diana Henry, who managed to get her tomato column scheduled for the right time in the year. Pucker up for slow roast tomatoes with capers and an acidic potato skordalia; chilli out with a salmorejo soup; and / or salad it up with tomatoes, nectarines, labneh and chermoula.

Salt and lime are the key agents in the Honey & Co duo’s FT Weekend Mag recipe too: though this time they’re aimed in the direction of raw sea bass. Just add a little green chilli, melon, poppy seed and tarragon to the mix to finish it off. We see quite a few crudo / ceviche recipes these days, many pretty much like the ones that have gone before; to my mind these flavours (the lime, melon, tarragon) make a nice change.

There were a bunch of “Lunch party” recipes in the Times Weekend … all from a book called Tuck In by Australian chef Ross Dobson, and are basically recipes that feed 4 people, so I suppose if you’ve got 3 mates round and it’s lunch time, they’ll work fine. But otherwise the connecting theme is completely tenuous. One tray baked potatoes, chorizo and mackerel looked like a decent idea, if not ‘Spanish’. Thai dressed steak is very Donna Hay. Some chicken and sausage and chicken options too. So, yeah, fill your boots.

Have we reached the nadir of Nadiya’s Times Magazine cookery column? Hope so. This week she offers a lemon meringue ice cream tart. Though she notes that she can’t be arsed to bake, so crushes biscuits; nor can she be arsed to make ice cream, so just freezes whipped cream and lemon curd; and then prefers to avoid making meringue, so tops with crushed bits of ready made stuff instead. Actually, the base and top cheats are fine … but you’ll basically have a five minute period to eat this without it being solid as a rock, or just sloppy cold cream.

In life and cooking there are clever quickies and smart short cuts, but Nadiya’s recipe feels a bit pointless, and it all reads a bit like a teenager’s diary. (FWIW, I love her on TV — she’s infectious, a real talent. On the page, not so much.)

Also in Saturday’s Magazine were some recipes from The Greek Larder. Spatchcocked chicken roasted for 40 mins or more over a braise of peas, spring onions, dill, marjoram and plenty of extra virgin olive oil was the most intriguing — largely on account of those peas, which should end up ‘jammy’. Also worth considering: split pea fava with scallops; and lamb shoulder, potatoes, tomatoes, herbs, feta and pomegranate molasses all wrapped up in parchment and baked for a couple of hours.

Rachel Roddy was on form once again for Cook: “all that said, recipes are like belts: you can tug them snug or wear them loosely, and in time take them off completely, cooking by eye and nose.” (There are more gems like that in her excellent book, Two Kitchens, just FYI). And, as always, you could hibernate in the comfort of her cooking — an aubergine, tomato and ricotta gratin.

By omitting last week’s edition of #Supplemental I missed out on the return of Anna Jones. This week, vegcentric fans were treated to Portuguese inspired arroz con tomate and sweet potato cakes (the latter to have for breakfast with a short coffee).

Cook readers will also have stumbled across a classically simple yet “alluring” chocolate mousse from the ever splendacious Jeremy Lee. Egg whites, espresso, cream, the tiniest nudge of sugar, and strong as possible chocolate. Plus elbow grease.

Graun buyers (and internet freeloaders), were also treated to Meera Sodha’s striking tomato and coconut curry in the main glossy — I would’ve dived into the photo of it, if I could — and Thomasina’s Moroccan chicken tray bake hit the classic notes — dried apricots, fennel, honey, tomatoes and the sweet spices. Yotam Ottolenghi’s peach, lime and rosemary galette graced nearby pages too. Plus peach based shrubs, bellinis and salads. But really it was all about the galette — God, his impending book Sweet is going to be essential, isn’t it?

Lots of Georgio Locatelli on our screens at the moment (great to read there are a couple more episodes of Italy Unpacked to come). An Observer Food Monthly interview focusing on the screen time also mentioned a new book (natch). Not sure age-old carbonara, tuna pasta, cacio e pepe recipes were the most inspiring advertisement for it.

Nigel’s recipes in the main Observer magazine were pretty simple: creamed cod’s roe and peas on toast; and beetroot and feta bruschetta. In the OFM, on the other hand, were a glut of luscious ideas for late summer fruits: a nectarine tabbouleh; five spice sausage Wellington (roll) with a plummy sauce; and peach and blackcurrant dessert cake standing out.

To finish, some simple actions are required:

And then set your saliva ducts to level 11 again, because you’re about to flood your keyboard over Edd Kimber’s salted caramel cocoa brownies with burnt meringue topping. Outrageous. Great tutorial vid by Edd and the ace Cupcake Jemma too. 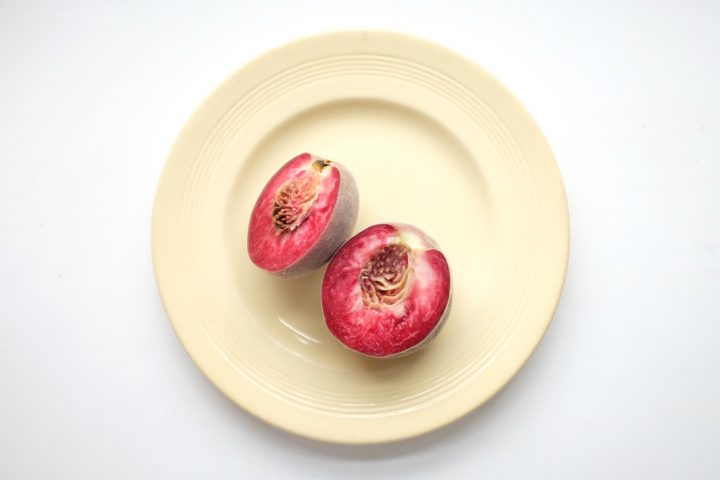