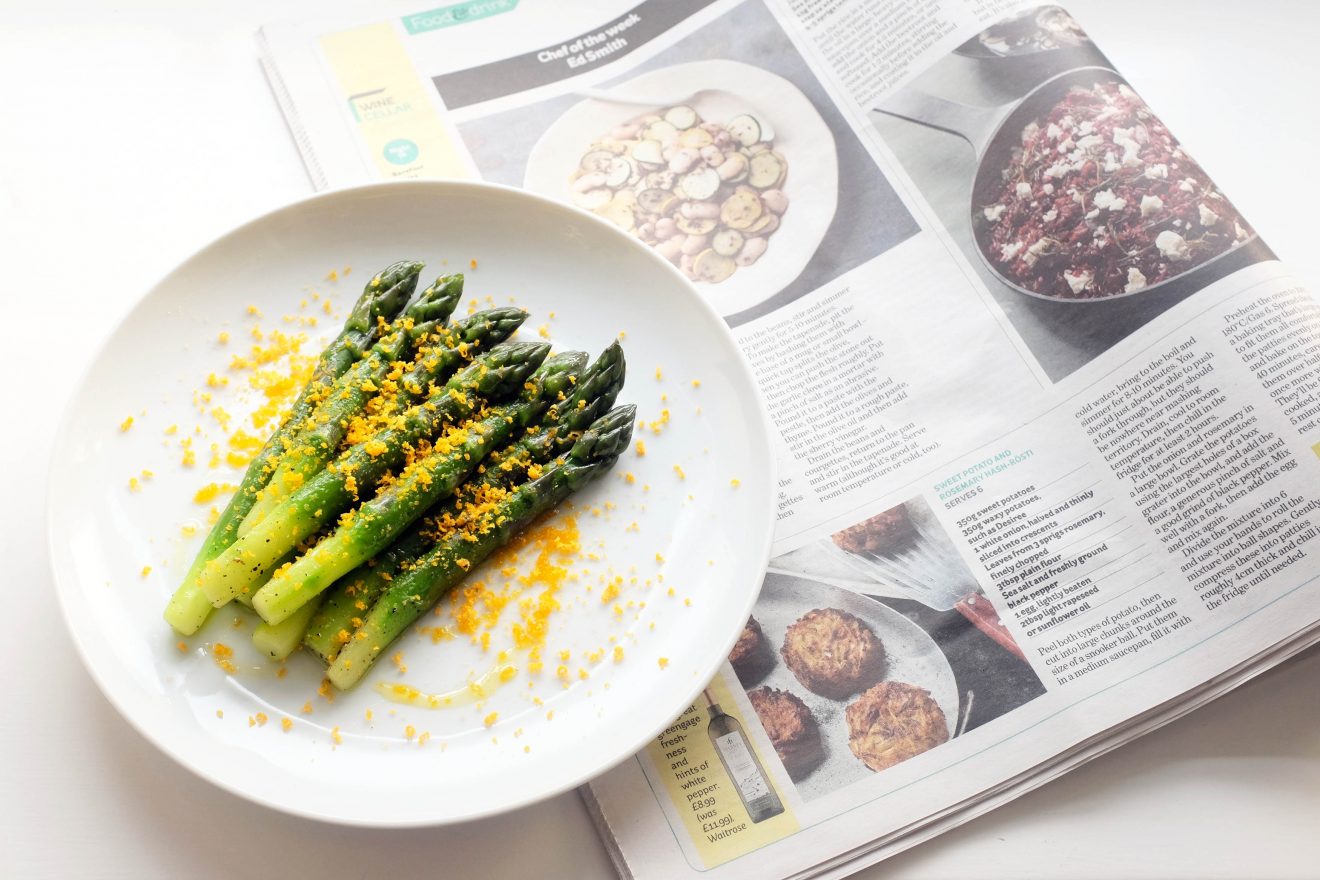 A reader wrote last week to mention that they’d cooked the 22 & 23 April Supplemental menu in its entirety. I’ve always thought of this feature as something of a footnote to the regular recipe rundown — essentially a mention in passing of my fantasy meal that weekend, or a bucket list of dishes to go back to. So kudos to that man for having a crack, not least because it was a particularly gastronomic selection:  Yotam’s burrata with sorrel and pea salsa, Tommi’s asparagus and brown butter risotto with mace and brown shrimps, and Ed Kimber’s cardamom creme brûlée tartlets with roasted rhubarb. Apparently (thankfully) all delicious.

This week’s menu might take a similar effort, but I’d wager will be no less worthwhile.

A number of recipes got me salivating pretty heavily.

Good to dine with others, isn’t it? I find it helps to regulate the speed and quantity of my eating.

For your tea break this arvo:

On the Side watch

No doubt this broken record is already boring. But I’ve a book out…

Here are some places you could find recipes from On the Side this weekend:

Though the complete book is also an option and currently a bargain.

Dunno if it’s a glitch in the mainframe, or intentional, but there’s a wacky Antipodean brunch recipe from the Australian version of the Guardian on the main food page atm: macadamia and courgette fritters with corn salsa, smoked salmon, horseradish and crumpets.

Also, note Helen Graves’ new project (she of Food Stories fame): Pit Magazine. Will have lots of good bits in.