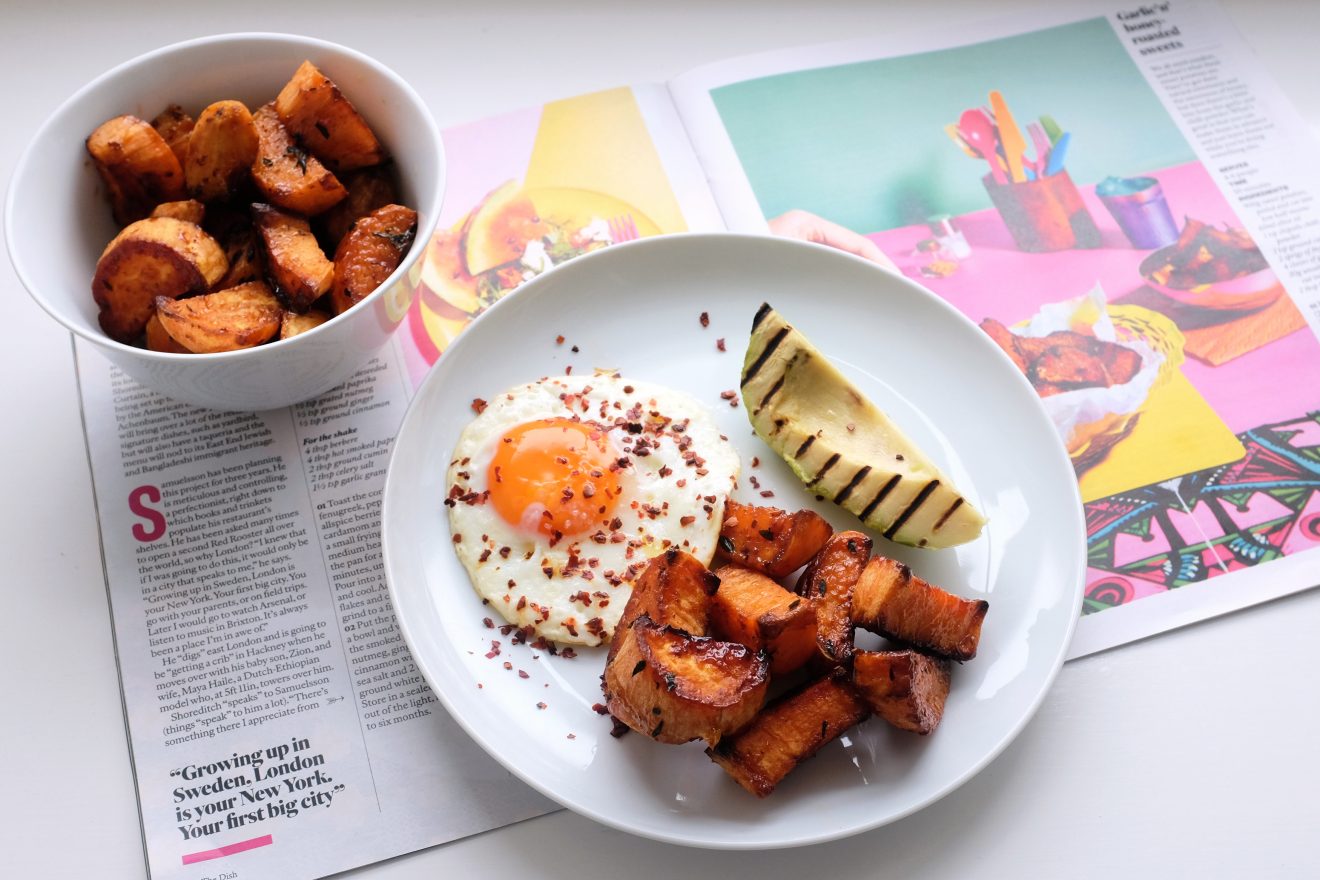 I Googled “are there any traditional foods eaten on May Day”. The answer was no. Not even “drizzly, wet BBQ sausages” or “hangover bacon”.

No surprise, then, that there weren’t any particularly strong themes this weekend. So we’re going with a paper by paper rundown.

Actually, I tell a lie. Much of the Grauniad’s food was seasonally focused.

Oh. It was spring over at the FT too.

I think we’re waiting for most of The Telegraph’s weekend recipe content to come online. Lots of bank holiday eating guides, but only a couple of recipes. For the moment:

I’ll add more if they appear. Particularly if they’re, you know: spring themed.

Ah ha, I knew there was a random and eclectic mix of recipes somethere. Thanks News UK.

Last week was Chinese Food Week on Munchies. Lots of tempting recipes to click through.

All three of these salads from the final month of Lucky Peach: labneh stuffed avocado with a nutty dressing; green mango salad; and Alice Water’s leftover salad breakfast taco. Well, the last one really would appeal, but I’m not sure the method matches the description.

I had a crack at Marcus Samuelsson’s sweet potatoes to fit with my May Day hangover brunch. Loved the sprinkle of cumin, and also the addition of honey and butter half way through the cooking (not explained, but probably because they’d burn if on for the whole process). But your “sweets” will be soggy, not sticky and crisp-edged, if you cook at 180C fan all the way through. Turn up to 210C fan for the last 20 minutes.