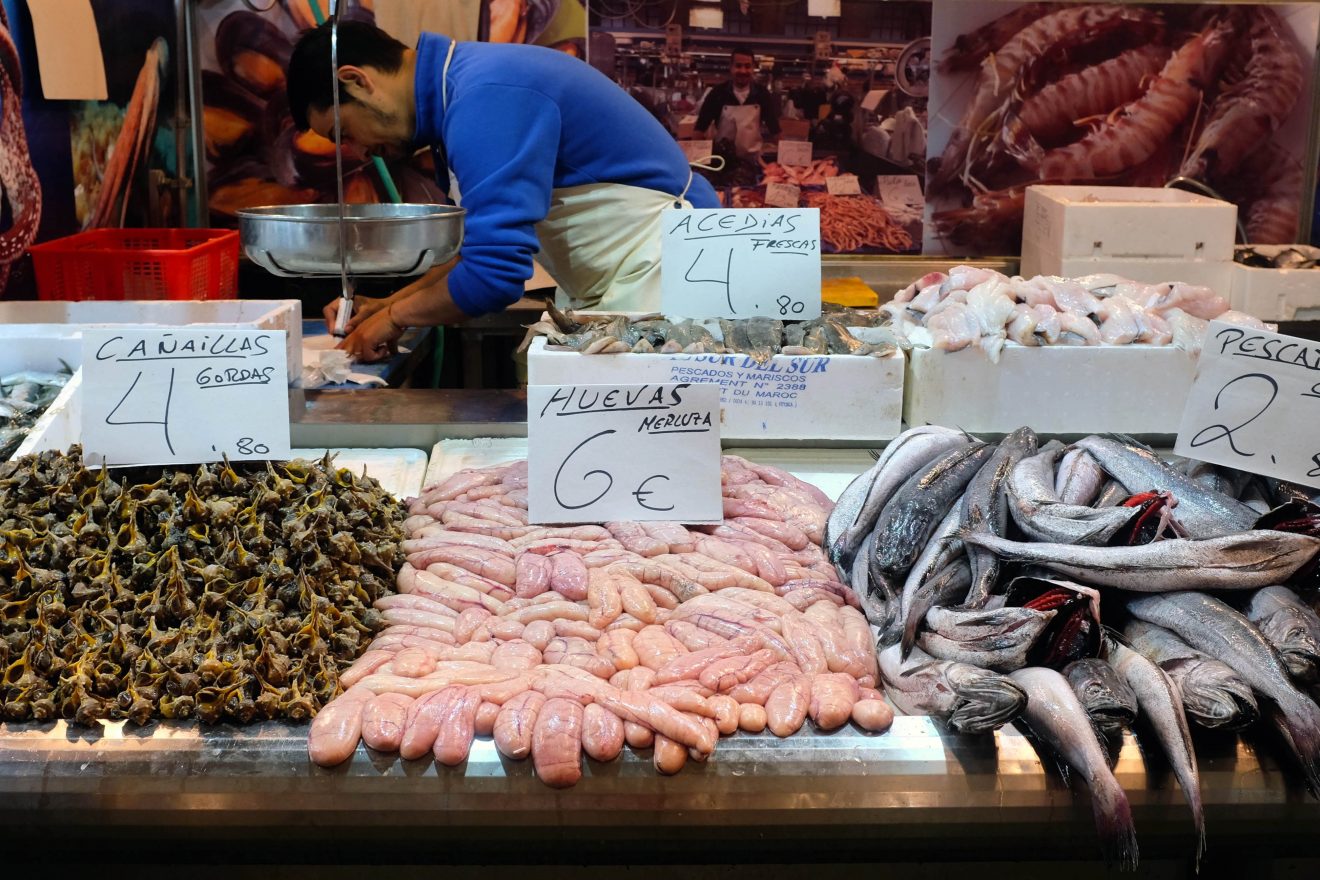 Bringing up the 150 with an efficiently clipped single to mid-wicket.

(Translation: in between flights, so here is a selection of the weekend’s recipes in bullet form.)

Hands down the most interesting recipe of the weekend came via a picture I saw on Instagram, which led me to Cliodhna Prendergast’s Irish Sunday Times recipe column. Apparently medieval types used to clamp eggs with butter to ensure they survived the 40 days of Lent. Cliodhna suggests that such treatment also happens to lend a buttery flavour to them, which is retained when boiled and used for dipping, and suggests serving them with freshly picked and then blanched nettles. No idea if the butter trick is worth it, but may be worth a try?

Finally, a belated shout out for Felicity Cloake’s Perfect soy-miso ramen column from about 10 days ago. Hell of an effort.

Nada — I was in Jerez drinking sherry. Though, as the photo at the top suggests, I did find time to walk round their impressive fish market, which puts our reliance on lice-riddled salmon to shame.

Chocolate and pistachio simnel cake (and a double espresso)