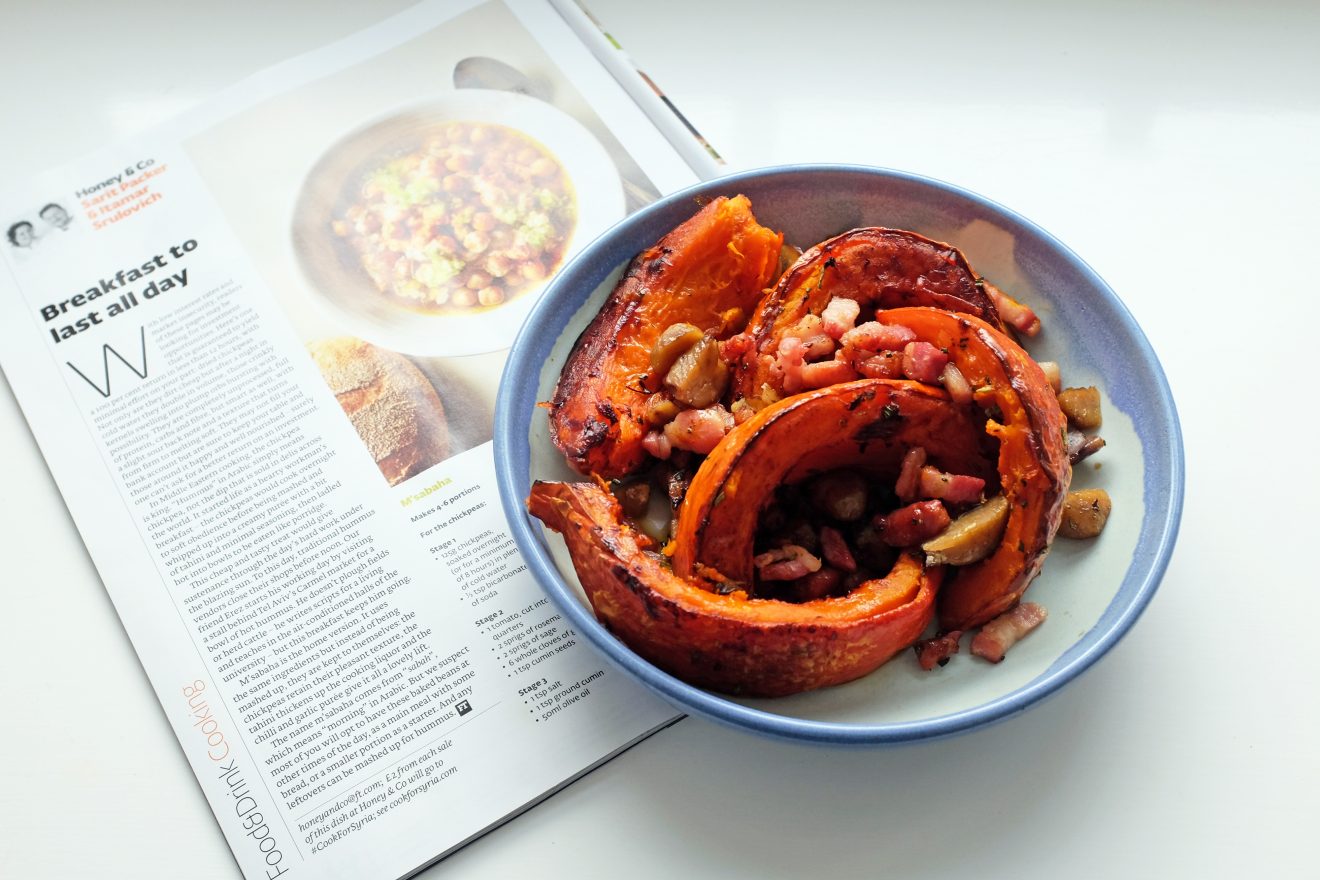 We’re really getting into proper weather now, aren’t we? You know, the kind that prompts cooking sessions to fuel long weekend lunches with friends, with leftovers to accompany a box set later on.

As always, there were loads of recipes in the weekend papers to inspire. In no particular order:

Also, I had to double-check Google Maps to see whether Spain had combusted at the mention of (him again) Dominique Ansel’s banoffee ‘paella’ over on Munchies. Still seems to be there, but we should probably keep this one quiet.

I’d had a heavy week of cooking, so tried to avoid any more this weekend. So merely slowly, but happily, plodded through a box of winter squash.

Salsify and roast cauliflower with lemon and walnut aioli