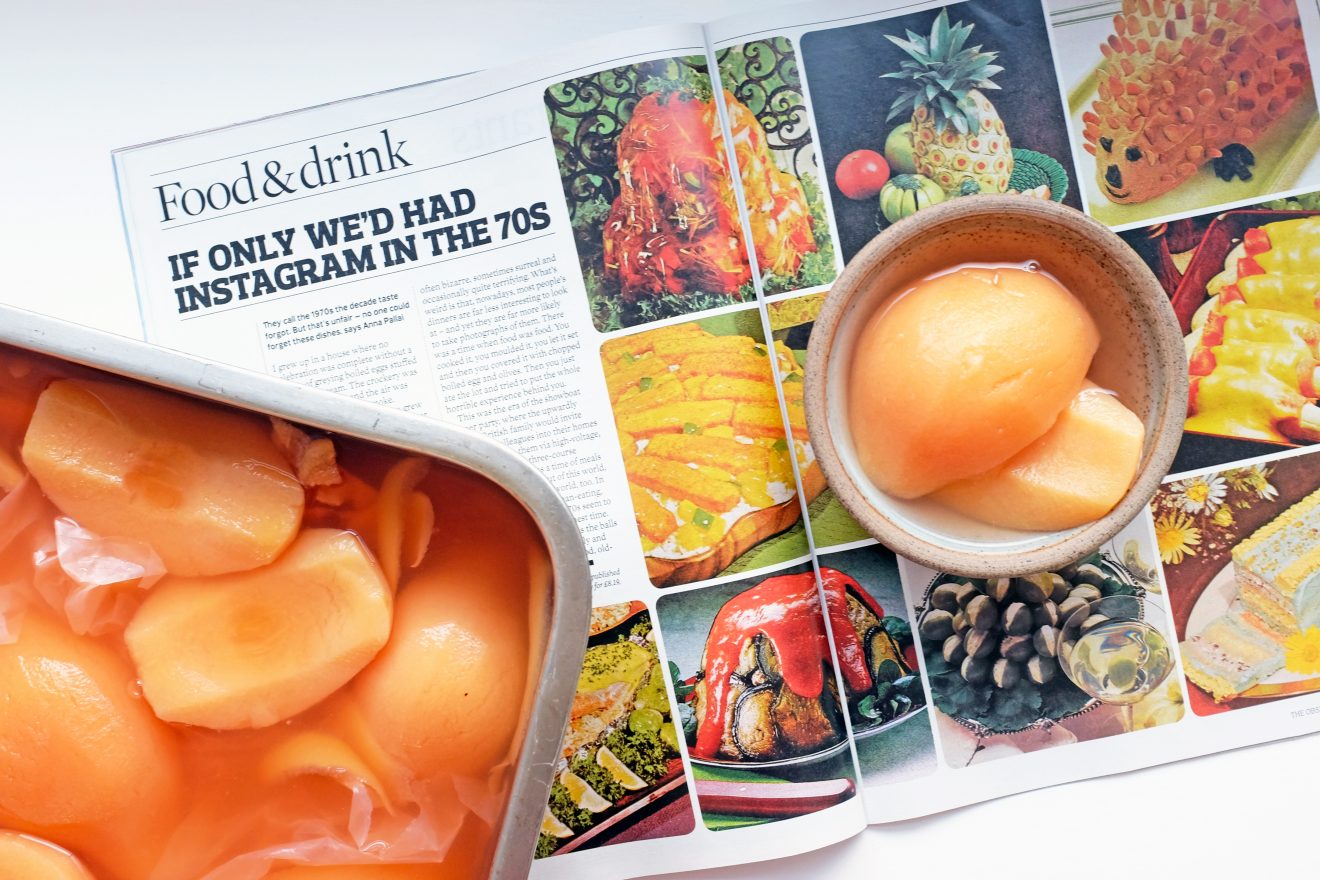 There are some vaseline smeared adverts on the television, and a live countdown to 25 December on The Telegraph website. So that can only mean one thing …

The ‘Festive season’ already. What fun.

Stephen Harris’ kicked things off in The Telegraph with his Christmas pudding, which is “a dance across the tongue with dried fruit, nuts and spices fighting for attention with really good quality booze, while the chestnut flour [gives] it a mysteriously festive allure.” Even if he does say so himself …

… actually, the recipe does look good: less sugar than normal, cranberries, chestnut flour, walnuts, Pedro Ximenez and beer. Within the intro was a reminder that stir up Sunday is next weekend, so this recipe doesn’t, in fact, seem premature.

Saturday’s Times Magazine, on the other hand, appeared to shoot their load extremely early with a mass of festive feast specials.

There were a handful of fully great and partly festive game recipes by Anthony Demetre. I liked the look of partridge with freekeh, pheasant with squash, and venison with orzo, chestnuts and pomegranate.

Nadiya Hussain provided various ‘twists’ on Christmas desserts (I thought the mincemeat baklava the most likely to be successfully repeated), whilst Jamie’s sweet tooth was more traditional — mince pies (albeit with butternut squash in) and a show stopping ice cream bombe with glacé cherries, pistachios, Vin Santo, chocolate drizzled over the top etc.

We are still still in Autumn, though, aren’t we?

There were three cracking squash recipes from Yotam Ottolenghi in Saturday’s Guardian Weekend Magazine. Take a close look at the braised squash with chickpeas and harissa in particular. Also a gloriously sweet and sticky squash mash with miso, chilli and cinnamon.

Over in Cook, Claire Ptak went for simple, but beautiful poached quince, plus a quince paste.

And, to me, there’s no food more comforting than risotto. Meaning Diana Henry’s thoughts on and recipes for that dish were particularly timely after a chilly and chilling week. I’m not sure where to start — Borlotti bean, radicchio and red wine (for the grown-ups)? Hot smoked salmon and spinach with poached egg and herb cream? Or cauliflower and pangrattato? Hmm.

I loved Rachel Roddy’s intro and recipe for her ‘coat still on’ soft almond biscuits.

In the FT Weekend, Rowley Leigh was the latest person to write about Spaghetti Alla Amatriciana. It’s all in the pecorino and guanciale.

Anyone for the Chiltern Firehouse cookbook? The A-Lister restaurant book is out later this week, so Nuno Mendes spoke with The Sunday Times. Of the three breakfast recipes appended, I liked the look of soft scrambled eggs with leeks, courgette, spinach and Parmesan.

I was mighty tempted by Nigel Slater’s stuffed fish ideas: mackerel fillets twirled round parsley breadcrumbs, and themselves held together by pancetta; and sea bass fillets sandwiched farther side of a potato rosti. His midweek supper continued the stuffing theme, as he scooped out the contents of a marrow and replaced it with cream, corn, spinach and Parmesan.

And, it’s not a recipe, but have a look for a chuckle at the jellied Perfection salad in the Observer Magazine. It’s one several glorious pictures from the 70s Dinner Party book (The Good, the Bad and the Downright Ugly of Retro Food), which looks set to fill many stockings this Christmas (a suitably impulsive snip atm at £4.99).

Because Americans have so much to be thankful for right now, Serious Eats have put together a set of Thanksgiving recipes. Head to the Classics section.

If that sort of celebration is not your thing, fancy getting stuck into a project sandwich? If so, then make Helen Grave’s cheese toastie with beef cheek, cauliflower leaves and pickled mushroom seeds.

I’ve had some quince sitting on the window sill for a week or two, so Claire Ptak’s column was a handy reminder to get poaching. Which means this week’s breakfast will be nicely pimped and perfumed.

Roast partridge with quince and freekeh