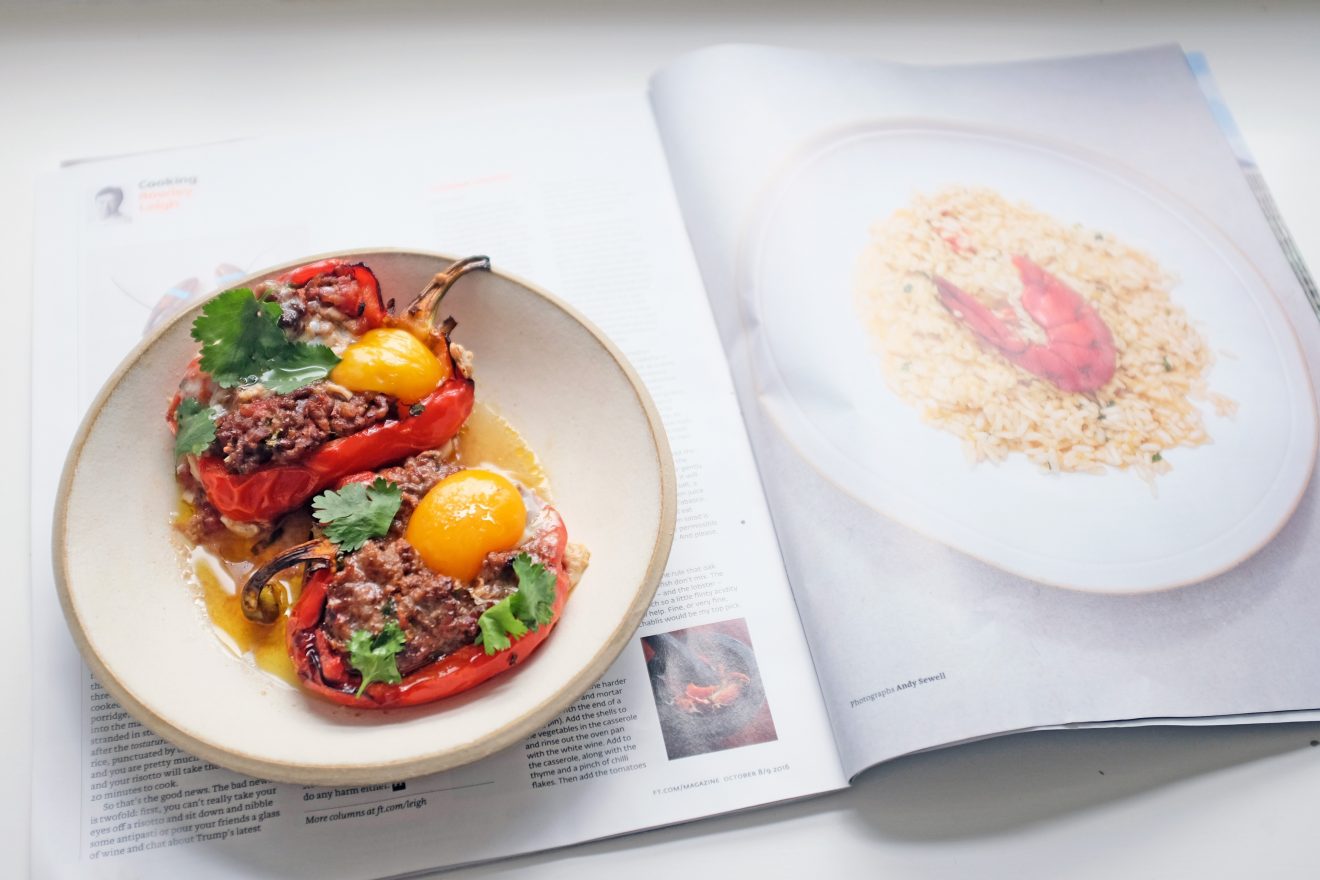 A whistle-stop trip through the recipe highlights this weekend

As you can see, I had a crack at Ottolenghi’s stuffed peppers. An excellent hangover cure, though I’d amend the instructions to suggest making an egg-shaped well in the mince before cooking, rather than 30 minutes into the process. Difficult to do that and to get the eggs to behave when the meat’s browned and set.

Have a browse through The Gannet’s relaunched site, then settle down with Fuchsia Dunlop’s steamed chopped pork with salted fish.

One thought on “Supplemental #128”