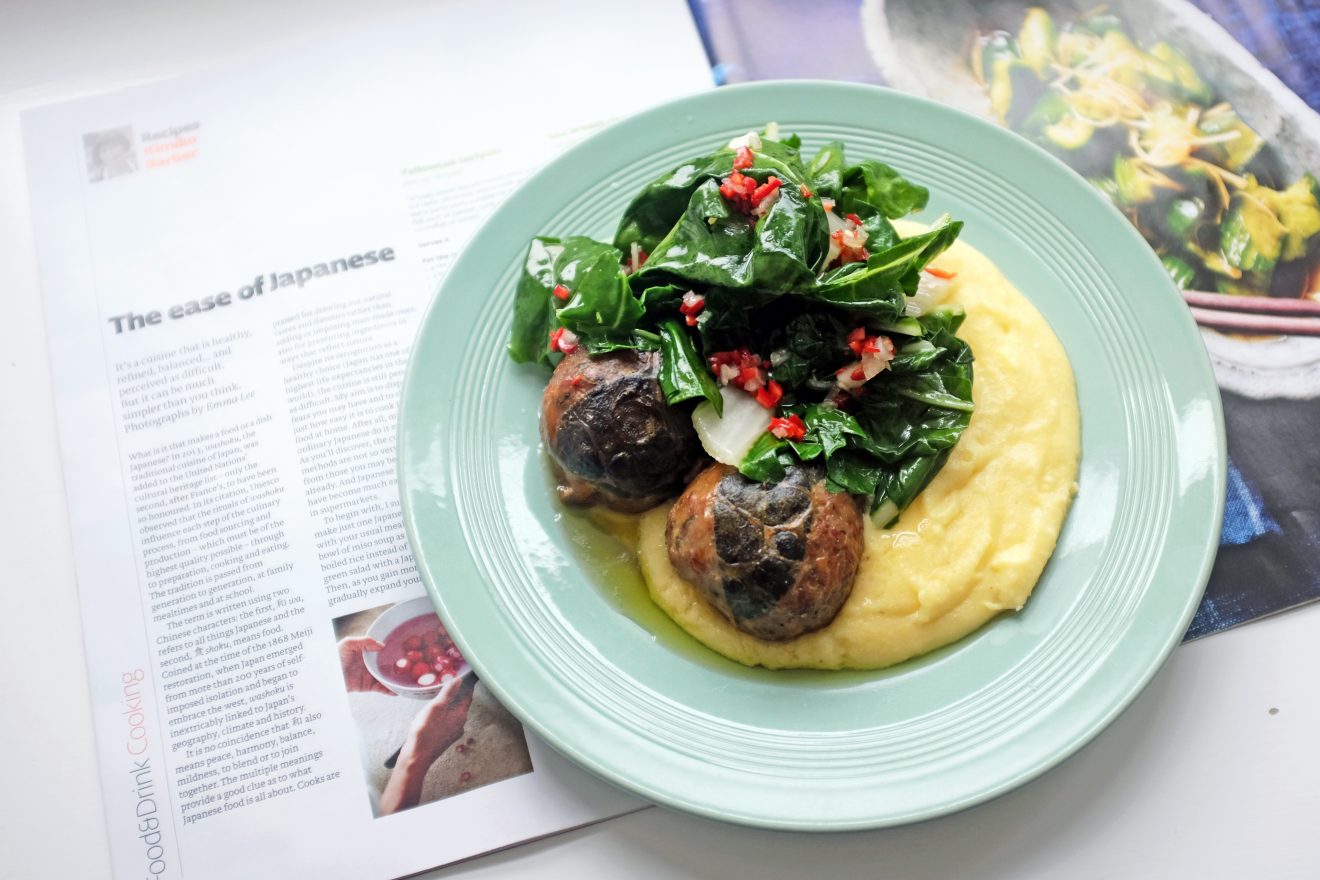 Just for a change … there were loads of recipes in this weekend’s papers! Here’s a rundown of them in the order wot I red them.

“What is it that makes a food or dish Japanese?” asked Kimiko Barber. Interesting. I’m not sure she fully answered the question, but did write that washoku, the traditional Japanese cuisine, has qualities such as “peace, harmony, balance“. And, to be fair, those things do seem common to many of the foods from that amazing culture. She followed the ponder with a few recipes that are a decent base for anyone wanting to cook Japanese food: Teriyaki yellowtail; sea bream rice; cucumber pickle; tonkotsu pork; simmered pork belly; seared beef with grated daikon salad. All are good things and, from a scan, the recipes appear eminently sensible.

Yotam Ottolenghi didn’t pretend (or apologise) that his three breakfast recipes require a little effort. In fact, he explained that there’s no shame in taking these sorts of things seriously. If you’re in the market for waking up early to feed your ungrateful housemates, then consider 10 hour brisket to go in a cheese sandwich (at least that can go on when you head to bed); sweet potato pancakes with maple bacon; or baked semolina puddings with blueberries – “somewhere between a porridge and a fluffy soufflé”.

Tommi noted that we should be cooking English asparagus right now. True that. If you want to go slightly beyond the buttery basics, then consider an anchoiade accompaniment; or a kind of breadcrumb and anchovy loaded toad-in-the-hole / Yorkshire pudding thing.

If you’re a baker, then cut out and keep this week’s Claire Ptak column. Riiiiidonculous looking chocolate ganache glazed doughnuts and a chocolate doughnut babka. Stop it.

I loved Rachel Roddy’s words and recipe (maybe even more than usual) – she took us on a meander through the market and seasonal changes of Testaccio, and provided a simple but delicious reading recipe for jointed chicken braised in red wine vinegar, tomatoes and white wine. Lovely.

The Sunday Telegraph Stella mag recipes go up on a Friday. So if you want to be ahead of the game and shop and cook in, like, weekend real time, then you can.

This Friday (or Sunday … or Saturday, actually, when I read it. Confusing), Diana Henry was back with great words and tempting recipes on the matter of umami – specifically umami in soy sauce. Pacific lime chicken looks good. But I can never, ever, resist a bowl of red cooked pork and rice. So cook that next time I come round.

Saturday’s paper included thoughts from Stephen Harris on cauliflowers. In fact, he also ended up writing about umami, because he reckons you should roast the cauli with Marmite (and then put in a salad with walnuts and grapes. from Stephen Harris. Gorgeous.

Also on Saturday’s, Xanthe Clay encouraged us to cook with kids (prompted by the thoughts and recipes of Jenny Chandler and Claire Thompson).

I was more interested in Tony Turnbull’s quiche recipes, having been recently reminded how good egg and cheese filled tarts are (very). As ever, they weren’t really ‘the only four you’ll ever need?’, but I’d happily have broad bean and ham; pea and feta; courgette and mint; asparagus and salmon in my top ten. Or twenty.

There were also some Sicilian recipes in The Weekend section. I rather liked the idea of peppers stuffed with ricotta and fennel, baked in a passata, and a seafood stew with couscous. Lots to come from Sicily over the next few years, btw.

Comforting new potato recipes by Nigel Slater in the Observer Magazine. If you spot some Jersey Royals, jump on board and blanket them in garlic and cream, or a salad with tomatoes, anchovies and toasted breadcrumbs. Or just roll them in butter.

To coincide with the launch of this year’s Food Revolution campaign, Jamie Oliver took over all (rather than just one) of The Sunday Times Magazine’s food pages.

The campaign promotes cooking from scratch – as it ensures people can feed themselves and their family good, nutritious food. I like the idea that there are 10 Food Revolution recipes that help teach the relevant skills. 4 of them are in the paper: lamb and chickpea curry; roast chicken and veg; veg stir fry; simple hummus. The big man attracts a lot of bile (see the comments), but I think he’s a force for good.

Nice asparagus salad with buttermilk dressing over on Food Stories.

And make time for not one but two BBC Food Programme podcasts featuring Diana Henry and her life in food. The first was broadcast on Sunday and available to stream here. Per the OFM supplements, I’ll add a second link when it’s available.

Nowt from the recipe pages this weekend. But the photo at the top is loosely related to #Supplemental in that I managed to read, copy and paste most of this week’s links whilst waiting for a few ‘Italian parcels’ from The Butchery to braise – finishing the task in time to whisk and beat a vat of polenta (Britain’s most under-appreciated side?).

Subscribe to the Rocket & Squash newsletter for monthly emails. These bring together the latest blog posts, plus a few other things from elsewhere that you might find interesting. Sign up using the envelope button at the base of the site. Next one at the beginning of June. 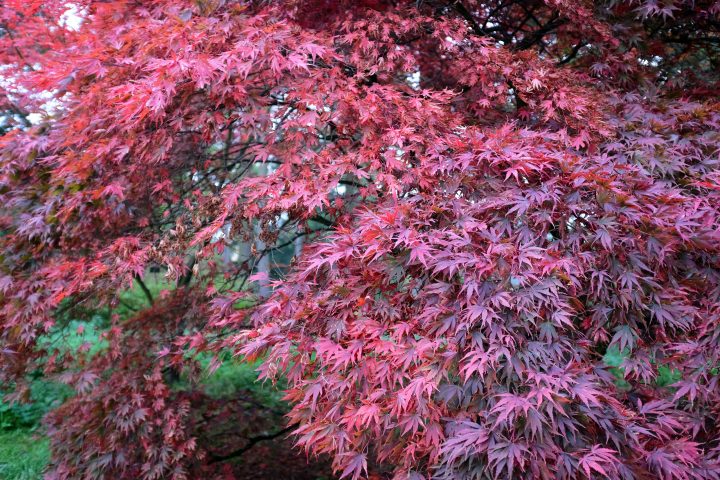