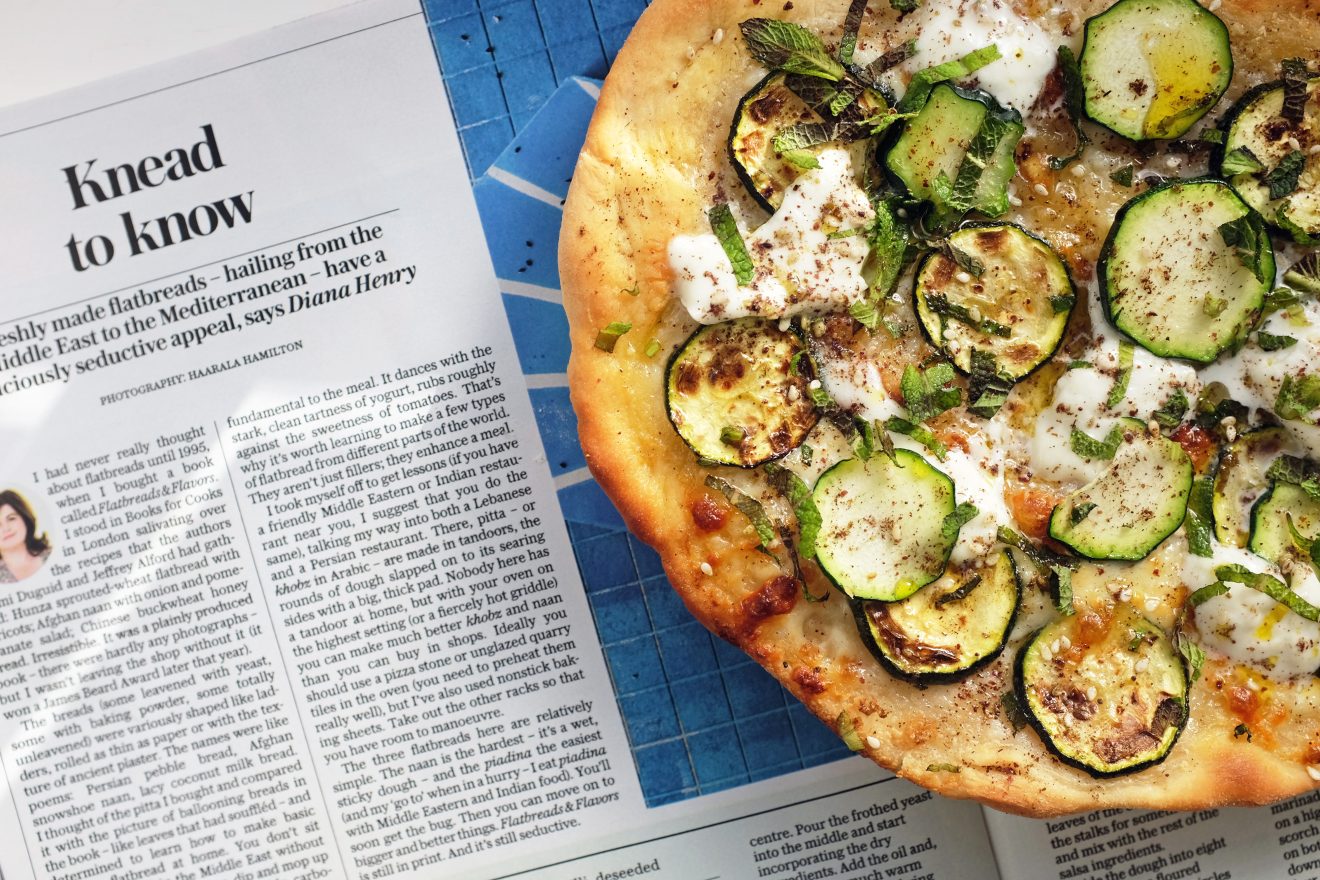 Who knows why it’s taken 105 Supplementals to organise the various recipes from the weekend papers in starter, main and dessert form. But that’s the way I decided to do it this week.

Great words on the matter of cracking crabs, plus a couple of recipes, from Stephen Harris in Saturday’s Telegraph. A sort of potted crab with hollandaise and sorrel would be a grand start to any meal.

**New columnist klaxon**. The Guardian’s Cook supplement seem to have poached Anna Jones from The Sunday Times – what a line up Cook now has. Anna’s first recipe is a warm Indonesian peanut salad – a satay dressing over the likes of new potatoes, fennel, carrots and asparagus. Nice.

Jeremy Lee was lyrical in his praise for Patience Gray’s Honey From a Weed – this month’s OFM Classic Cookbook. The recipes highlighted appear classic and delightful – from sardines in saor to soup au pistou. Yet another tome to add to my groaning shelves. (Don’t tell my wife.)

I very much enjoyed Diana Henry’s Sunday Telegraph column this weekend, which on this occasion was flatbread themed. The recipes include peshwari naan (the best naan), Moroccan filled breads known as khobz, and piadinas.

Pide-esque bread boats and spiced lamb kebabs stood out among the selection of recipes from Sabrina Ghayour’s new book, Sirocco, which featured in the OFM. Well, those two things and a chocolate, cardamom and espresso mousse cake. But that’s a dessert, and not technically for this section.

My favourite of José Pizarro’s Basque recipes in The Telegraph was squid meatballs with a saffron and almond sauce.

And if meatballs are your thing, there was plenty of choice this weekend, with Ottolenghi devoting his Guardian column to them. Always add breadcrumbs, apparently. Mouthwatering recipes: cod cakes with pappardelle (preserved lemon and mint in the mix); braised veal meatballs with fregola; lamb and bulgar meatballs with chard, sorrel and celeriac. I think there was also a Ottolenghi recipe handout with the paper. But that’s not for we internet freeloaders.*

And there was more mincing and rolling in The Sunday Times magazine, with Florence Knight suggesting pollock and parsnip fishcakes are good to make with the kids. See also her clementine jelly. And Jamie Oliver’s spicy duck confit and rhubarb hoisin in the same pages.

There were healthy fresh bits by Madeleine Shaw in Saturday’s Times – I like the look of the kale, beetroot and mozzarella salad. Also Donna Hay’s chorizo bolognese with buffalo mozzarella (that said, she sends fully dried chorizo through a food processor – I’m fairly sure mine would struggle with that, but hey ho). Oh, plus the only four chicken casseroles you’ll ever need, apparently. Fennel and saffron one looks good.

In the Observer magazine, Nigel suggested a light, Japanese tempura style batter is the only one that will do for fish. I particularly like the spiced batter that surrounds a mix of squid, mullet, white bait and prawn.

Look at Honey & Co’s rhubarb, pomegranate and labneh cheesecake recipe in the FT. Seriously. It’s glorious. A gingery cookie dough pastry, filled with labneh, cream cheese and cream that’s been mixed through with stem ginger, orange zest, and then topped with the aforementioned fruits. (p.s. life hack: if you’ve not got an FT subscription, type the title of the recipe in Google, search, and go through that link …)

In Saturday’s Times, Nadiya Hussein provided a recipe for lemon and prune friands. She noted in her intro, that this was the first time she’d baked these little sponges. Which I don’t think inspires me with confidence. You?

I’m not normally an asparagus shaver. But if I were, I’d want to know about deep fried asparagus trimmings.

Look at J Kenji Lopez-Alt’s tamago kake gohan, and tell me you don’t want a bowl of that egg rice right now.

I started making Diana Henry’s Piadina dough and then realised I was too hungover to simply have a wrap. So I used that dough to make a flatbread-come-pizzetta, topped with buffalo mozzarella, courgettes, za’atar, mint and rapeseed oil. It went some way to making me feel better.

Potted crab with hollandaise and sorrel

Subscribe to the Rocket & Squash newsletter for monthly emails. These bring together the latest blog posts, plus a few other things from elsewhere that you might find interesting. Sign up using the envelope button at the base of the site. Next one in the first week of May. 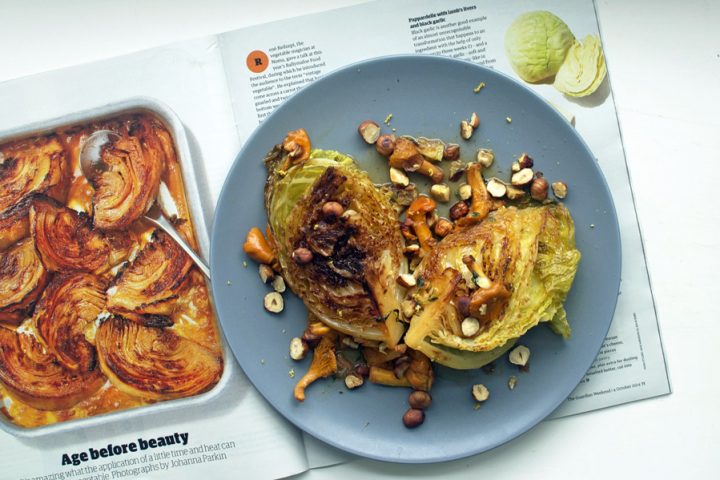 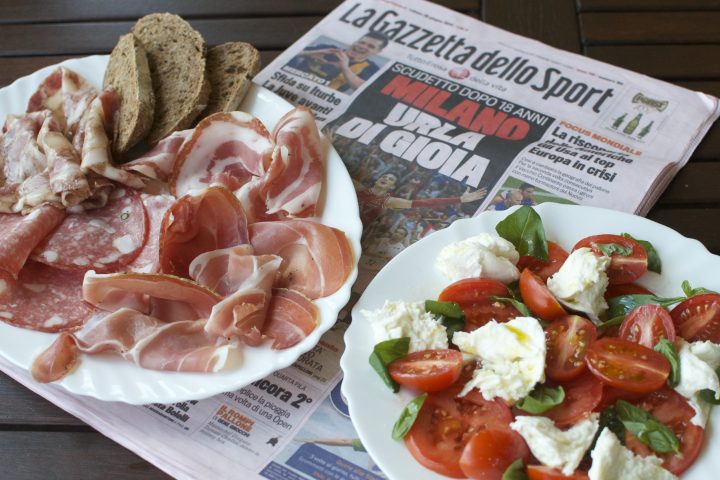