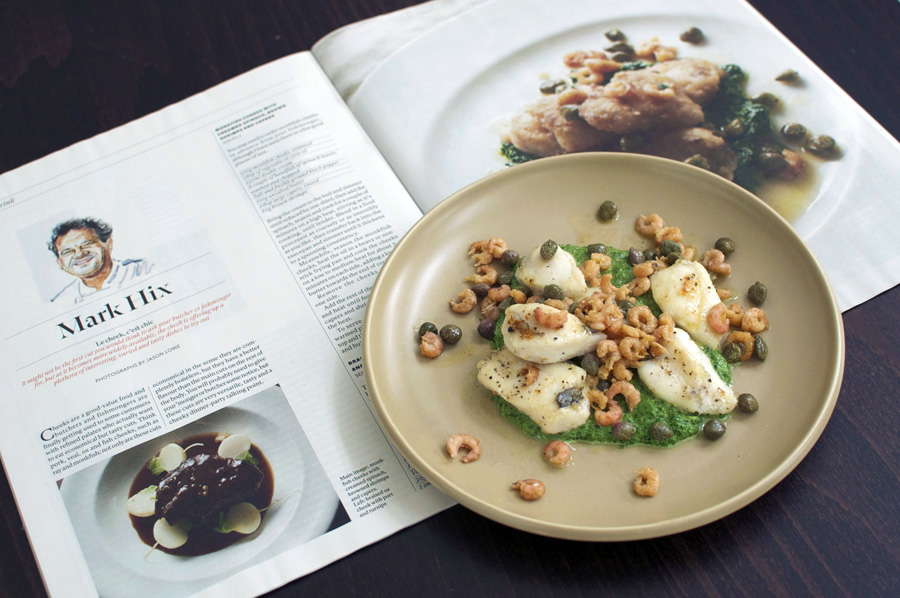 The king is dead, long live the king!

Changes at Platter mean that the Chip Wrap project I introduced a few weeks ago has come to a halt. To end after just three instalments feels a touch premature. So I’ll continue digesting the recipes in the weekend papers for a little while longer, just over here on Rocket and Squash instead. I’m going to add a nod towards blogger recipes from now on. Hopefully that will highlight some of the good work done by my fellow snap happy internet geeks. Right, onwards …

The pick of Saturday’s bunch, I thought, was Mark Hix’s selection of cheek recipes in the Independent Magazine: monkfish cheeks with creamed spinach, brown shrimps and capers; ox cheek with port and turnips; Bath chaps with winter root remoulade; pork cheeks with apples and cider. Oui, oui, oui and oui. The photos were classic Jason Lowe – it’s possible he even stole the plates from St John Bread and Wine for the shoot. That’s not a complaint. I’m super tempted to try the Bath chaps, but this weekend cooked the monkfish dish – more on this at the end.

I had a bit of a grumble about the efforts of The Times last week. They were on the easy cooking theme again on Saturday with ‘Middle Eastern for Beginners‘ by Rawia Bishara, a chef based in NYC. The recipes seemed more useful this time. A fish tagine looked strong. I’m intrigued that it involves over a jar and a half of tahini …

Speaking of which, Yotam’s brunch recipes in The Guardian looked delicious as always. They appeared at the high effort end of ‘lazy’ late breakfasts, though.

A question of trust

I was almost tempted by some of Bill Granger’s hearty meat dishes in the Independent on Sunday – you know instinctively that baked shoulder of lamb with preserved lemons, za’atar and labneh will be a winning combination. I say ‘almost’, because the internet copy (at least) was full of horrendous typos: 21kg of beef fillet, 22kg boned pork loin, 22kg lamb shoulder. Them’s some Brobdingnagian sized animals (and appetites). Still, whilst you’d have to buy 26(!) spring onions for the miso marinated beef fillet, you’d only need to procure 2 micro herbs as a garnish.

Clearly these numbers are a subbing error. But that doesn’t lead to trust between reader and writer, does it?

One columnist I’d bet my (admittedly hypothetical) house on is King Nigel of The Observer. This week, a mighty artichoke tartiflette and a raclette tart did the trick. Gizzi Erskine in the Sunday Times also went Alpine.

From t’interweb, I thought Feast to the World’s spicy dried shrimp sambal spring rolls looked pretty awesome. Oh, and a final mention for Stevie Parle’s jam roly-poly pudding (with custard) in The Saturday Telegraph – because it would’ve made the weekend menu dream team, had my other choices been lighter.

The only disadvantage of braising cheeks is that it’s not to be done in a hurry. Which is one reason I gave Mark Hix’s monkfish cheek recipe a go. Boil down some cream, add spinach, blitz, flash fry the protein … this genuinely took less than 10 minutes from fridge to plate. It was delicious, too.

That said, I struggle to follow recipes by the letter if I think something has been omitted (or is unnecessary). On this occasion, I was surprised to see no mention of seasoning the creamed spinach, nor lemon to lift the fish. So liberal pinches and calculated squeezes were added. I’ll make the dish again – it would make a cracking dinner party starter. I’m certain seasoning was required and feel sure Mr Hix would cook in this way. Such instructions might’ve been omitted for brevity. Brings the question of trust to the fore again, doesn’t it?

Mark Hix, The Independent on Saturday

Ox cheeks with port and turnips

Mark Hix, The Independent on Saturday 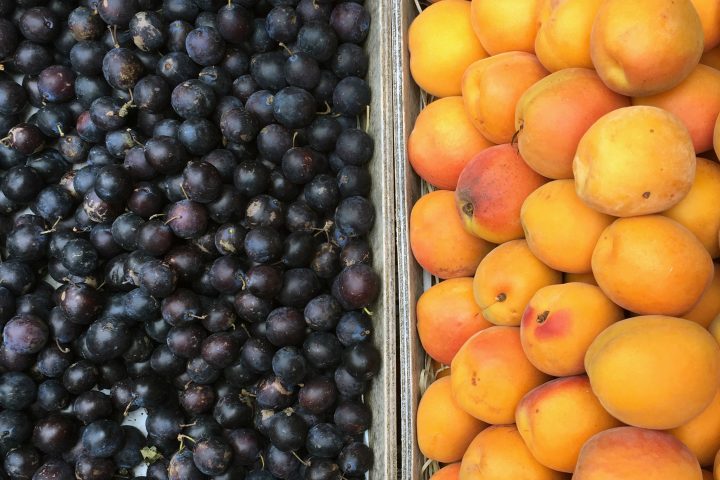 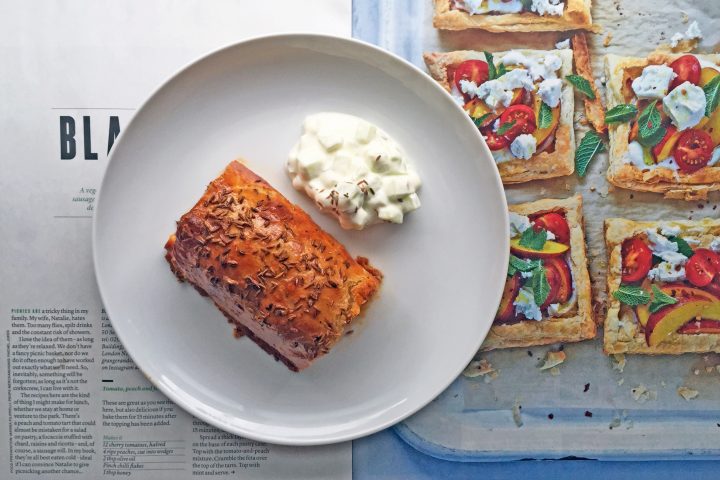 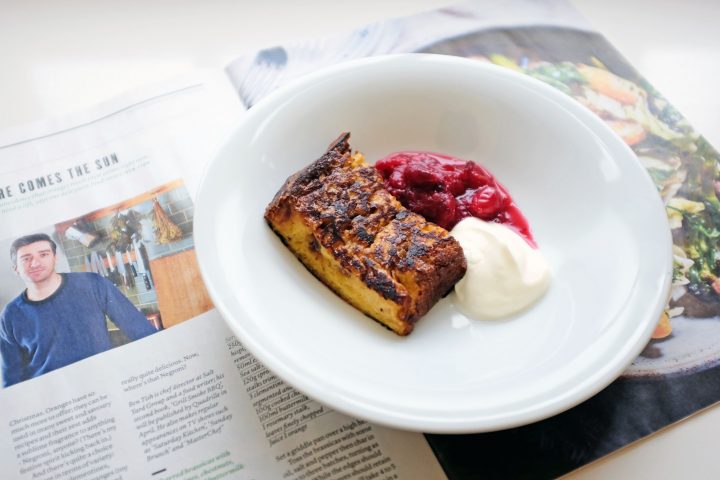