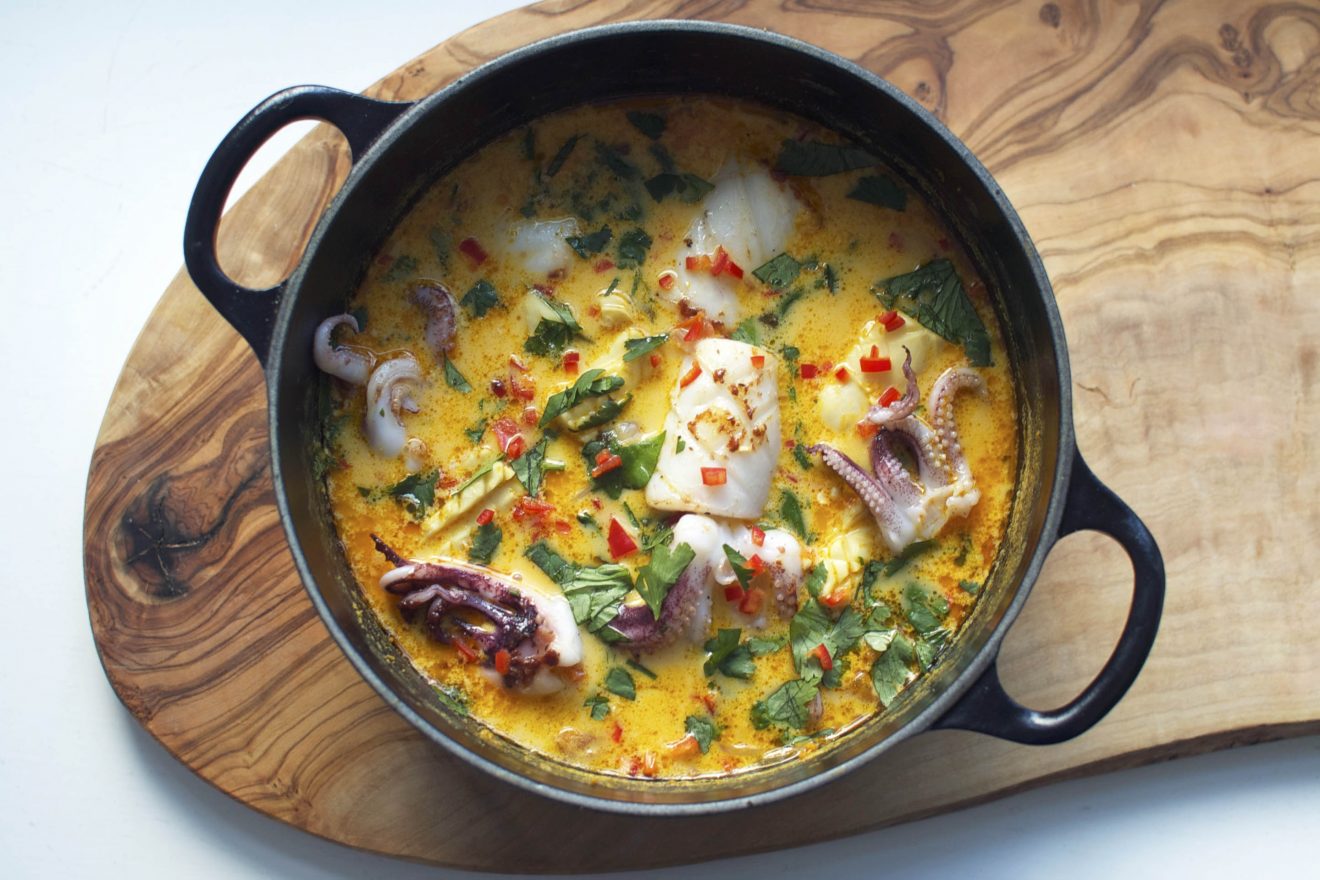 My latest posts for Borough Market are on a Shrove Tuesday theme. Except they’re not about pancakes – because all I have to say about pancakes is contained within this 2011 blog post. Instead, they have an ‘alternative pancake day’ vibe: both reference foods eaten on the eve of Lent in non-flipping countries.

The second post, I think to be published today, contains a recipe for semlor, which are superb Swedish buns, laced with cardamom and stuffed with almond paste and whipped cream. Have a look at the Borough site for that. I’ll replicate the recipe here next week.

The first is up already and is partly about Carnival in Brazil which, of course, culminates in Mardis Gras (or Fat Tuesday, as I prefer to call it). Read it in full here. Then consider making a mocqueca* for dinner tonight, instead of a sub-optimal savoury pancake dish.

Mocqueca is not actually a Fat Tuesday specific thing. But if my experience is anything to go by, were you were in North East Brazil today, it’s highly probable that you would be eating this awesome fish stew.

There’s a distinct savoury taste that comes from the red palm oil, (which you can get in whole food stores and some supermarkets – definitely Sainsbury’s) and nothing with a base of full fat coconut milk ever tasted less than great. I’ve used squid in this recipe, which is not traditional, but still a good match for the dish. Slow cooked squid is more flavoursome than quick fried stuff – and also infuses the stew with that flavour. Look for catfish instead if you want to be really authentic, but you’ll need to add fish stock instead of water and only cook the actual fish in the stew for about 7-10 minutes.

Recipe below the picture.

*Mocqueca / moqueca – there are a bunch of different spellings, none of which make a difference to the taste of the stew.

Ask the fishmonger to clean and open the squid for you. Score the inside of the flesh in cross hatches (if you’re not sure, it’s the softer, wetter bit). Then cut the flesh into approx. 6cm squares. Reserve the tentacles and a few pieces of scored body for frying at the end. Season with salt, pepper and the juice of half a lime. Leave for 10-15 minutes whilst you make the rest of the stew.

Finely chop the coriander stalks. Save the leaves for the end.

Put two tablespoons of red palm oil into a heavy saucepan or casserole and place that on a low-medium flame. Sweat the onion, the coriander stalks and half the diced red chilli. After three to four minutes, add the sliced pepper and soften for ten minutes.

Add the garlic and cook out for another minute or two. Pour in the creamy coconut milk, then fill the now empty can to half way, and pour that in too. Drop the squid in and bring the stew to a low boil. Turn down and simmer for an hour.

When the stew is nearly done, put a frying pan on the hottest hob you have. Season the remaining squid and coat in a teaspoon of palm oil. Roughly chop the remaining coriander leaves. Now your pan is hot enough … so throw the squid in and cook it for no longer than a minute.

Stir half the chopped coriander into the stew and the juice of a whole lime. Season with lots of salt and pepper.

Serve ladled over rice, garnished with the remaining coriander, diced chilli, fried squid and a squeeze of juice from the remaining half a lime. Eat with a spoon – there should be quite a lot of liquid. 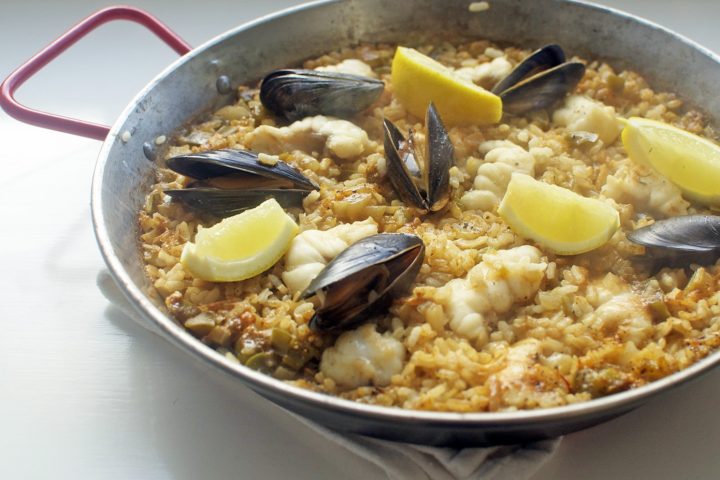 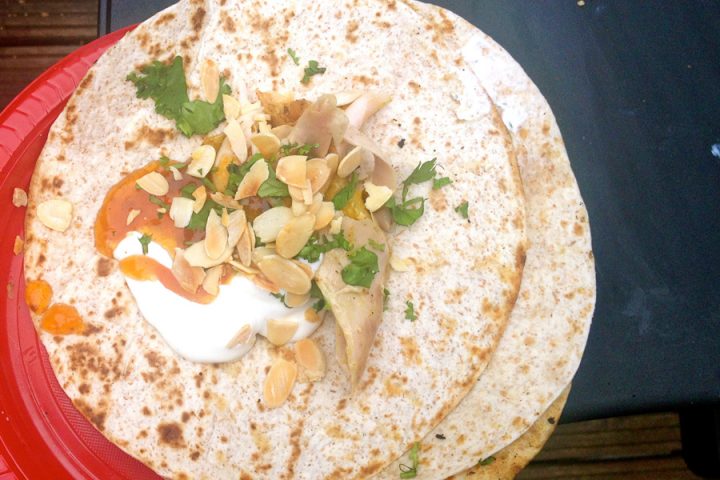 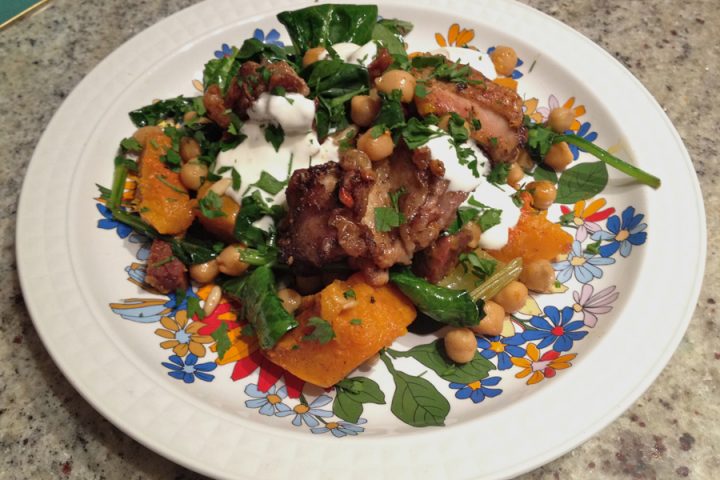 One thought on “Squid mocqueca”