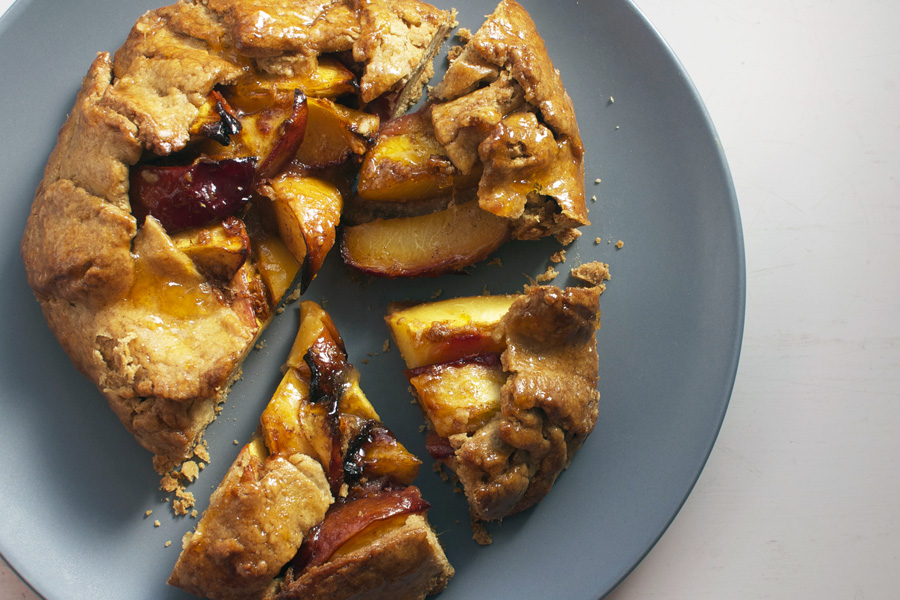 I’d never made a galette before this one. It’s not a form of dessert (or savoury) that’s grabbed me. What is a galette? What is it trying to be?

Or is it an unfulfilled pie? A dessert born out of forgetful bakers going two thirds of the way to making a steadying pud, before finding they’ve neither a pie dish to set it in, nor enough pastry to make a top.

But, you know, try everything once and all that.

Last weekend, two recipes inspired me to freestyle all over my baking sheet. The first was the ace Diana Henry spiced nectarine recipe I cooked up as part of Supplemental. Ginger and star anise really complimented the fruit and I fancied trying something similar with the remainder of the punnet. The second was Rose Carrarini’s recipe for mini apricot galettes in the FT, which came to mind each time I looked at the nectarines.

Henry’s baked nectarines use whole star anise to flavour the cooking liquor and subsequently the fruit. This infusion style technique wasn’t an option in something like this – where the fruit is baking in the centre of the tart, without liquid. So I decided to add a little ground Chinese five spice (cloves, fennel seeds, ginger, star anise and cinnamon), not just to the nectarines, but also to the pastry.

It looked a right mess as it was cooking. Should have made a proper tart, I thought. But once fully baked and then brushed with star anise infused apricot jam, well, this ugly duckling miraculously turns into a fairly photogenic creature. Tasted great too – and maybe that’s the main thing.

Not a tart, nor a pie neither. Yet, it turns out, a galette is a perfectly legitimate if rustic dessert. Recipe below the snaps. Let me know if you try it.

Sift the flour into a large mixing bowl. Add the salt, caster sugar and five spice and mix a little. Drop the butter cubes in and rub them into the flour, until this resembles fine bread crumbs. You could do this part in about ten seconds using a food processor.

Whisk the egg yolk with the cold milk, then drizzle over the flour mix. Pat the dough together, quickly and firmly, until you’ve a ball. Don’t kneed it. Wrap in cling film, squash a little into a disc shape, then leave in a fridge for an hour.

Cut each nectarine into 8 wedges. Put in a bowl with the second load of five spice, brown sugar and grated fresh ginger. Mix well and set aside.

Once the pasty has cooled and rested. Roll the pastry out into a rough circle. Start on a floured surface, turning over a couple of times as you roll it. This helps to keep the pastry together (you’ll see it’s prone to cracking). Before it becomes unmanageably thin, place on a floured, non stick baking sheet. Roll until it’s about 3mm thick. Then trim round the edges of a large plate. Cover with clingfilm and put this back in the fridge for thirty minutes to an hour.

When the time is up, set your oven to 190C. Tip the ground almonds into the middle of the pastry circle, leaving 3-4cm round the edge. Plonk the spiced nectarines on top of that – fairly evenly. Then fold the pastry over the fruit. Try and avoid cracking the pastry too much. But don’t fret if you do – the dough is a little brittle. Use pastry trimmings to patch up significant cracks. Forget about the rest.

Put the galette in the middle of the oven for twenty minutes. When that time is up, turn the oven down to 170C and cook the galette for another forty to fifty minutes. So the pastry is golden and relatively hard. Turn your baking sheet occasionally, if the heat of your oven is uneven.

During the first twenty minutes of cooking, gently heat the apricot jam and water and stir so the two combine. Add the star anise and let this infuse over the next hour.

Once cooked, bring the galette out of the oven. Don’t worry too much if it looks terrible! Brush the pastry and the fruit with the jam glaze. You should get a couple of coats out of the glaze, and all will look rosy. 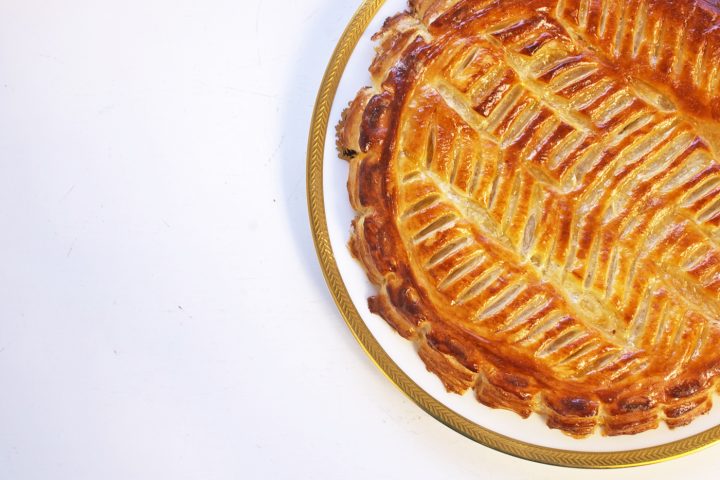 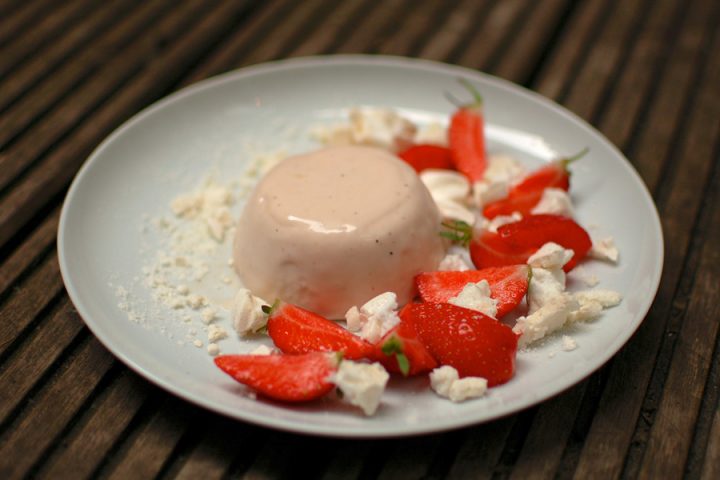 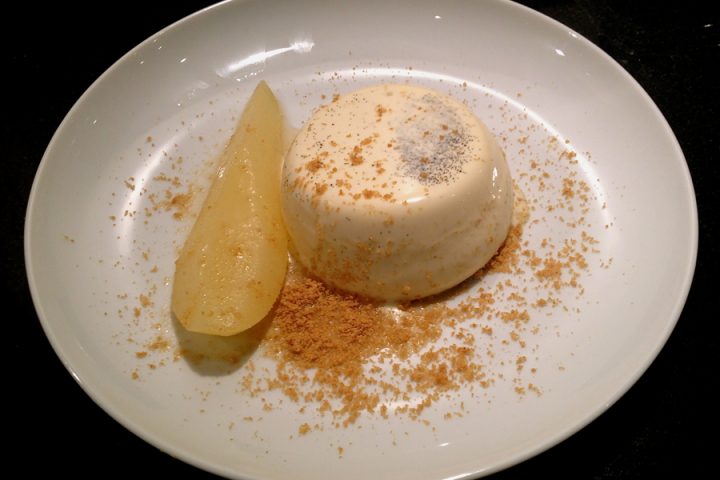