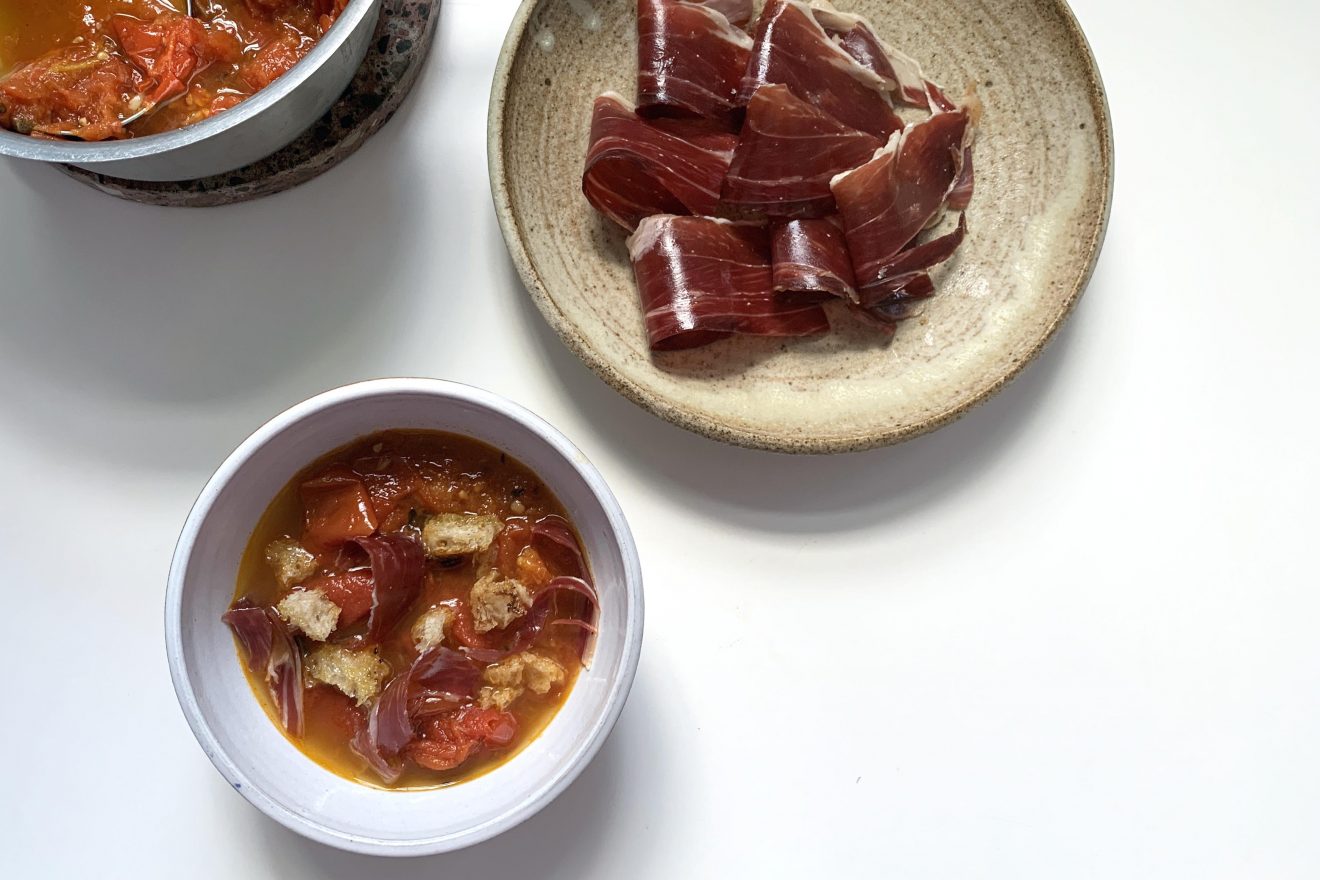 I’ve written another ‘Cut and Dried’ article on European cured meats for Borough Market. This time the specific subject is charcuteria from Spain. You can read the article here; this recipe is distilled from that.

Slow roasting tomatoes encourages a depth of flavour that you just don’t get in a normal tomato soup; there’s buckets of umami too. Which makes this an incredibly satisfying and moreish thing.

Still, even the best soups need embellishments to ensure your interest is maintained from first to last spoonful. So I suggest topping with crunchy croutons made from the end of your loaf and, more significantly, strips of (ideally) Iberico Paleta – the cured, air dried shoulder of the same pigs whose back legs become jamon iberico de bellota. There aren’t many things that could stand up to the intensity of the soup, but this meat does.

Classic jamon iberico works well too, obviously, but this is slightly easier on the pocket. Also, thinly sliced chorizo; if you can find a version of the spiced sausage that’s also made from iberico pigs, you’ll find the plentiful fat renders beautifully as it sits on the warmed soup.

Lay the tomatoes on a large roasting or baking tray (or two, if necessary), with cut side facing up. Sprinkle each with a few flakes of good salt – you’ll need 5 or 6 pinches overall. Then drizzle each with extra virgin olive oil, a few drops of sherry vinegar, dust with the sugar, and pick the thyme leaves over the top. Place in the oven for 30 minutes, during which time the tomatoes will start to slowly cook down, with plenty of moisture coming out. Add the garlic bulb into the tray — rolling and submerging it in tomato liquor — and cook the tomatoes for 60-90 minutes more, depending on their size, until all are shrunken and shrivelled, with just a tablespoon or twos worth of sticky juices left in the pan.

Meanwhile, make a stock by combining the carrots, celery and water in a saucepan. Bring to the boil then simmer for 40 minutes. Drain the stock into a jug and eat the vegetables alongside another meal if you can.

When the slow roast tomatoes are ready, put a little oil in a saucepan over a medium heat. Gently sweat and soften the diced shallot for 3 minutes before adding the tomatoes and stock. Squeeze the garlic into the pan too, bring to a boil then reduce to a simmer for 15 minutes. Stir occasionally; the tomatoes will break down a little, but the soup is meant to be textured.

Fry the bread in olive oil with salt and garlic too if you wish. Tear the paleta length-ways along the direction of the fat and sinew.

Check the tomato soup for seasoning, adding more salt and sherry vinegar to taste. Then decant into four bowls, top with the croutons and ham and a splash of extra virgin olive oil. 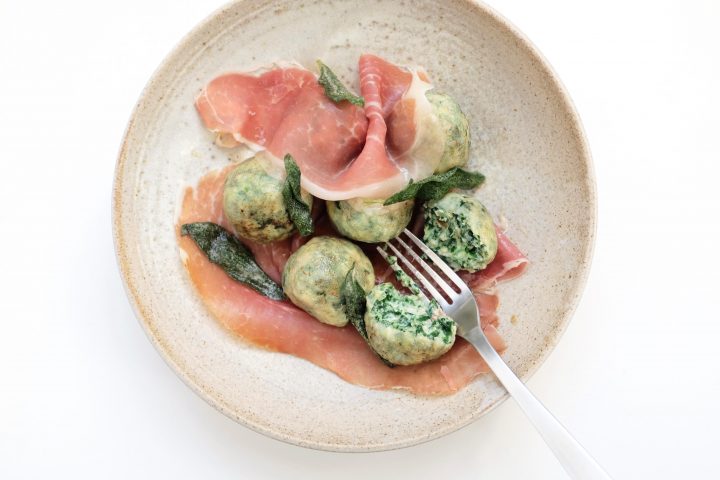 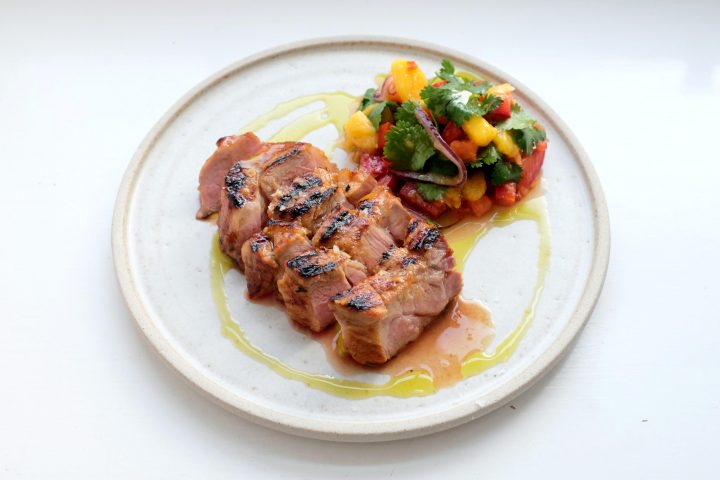