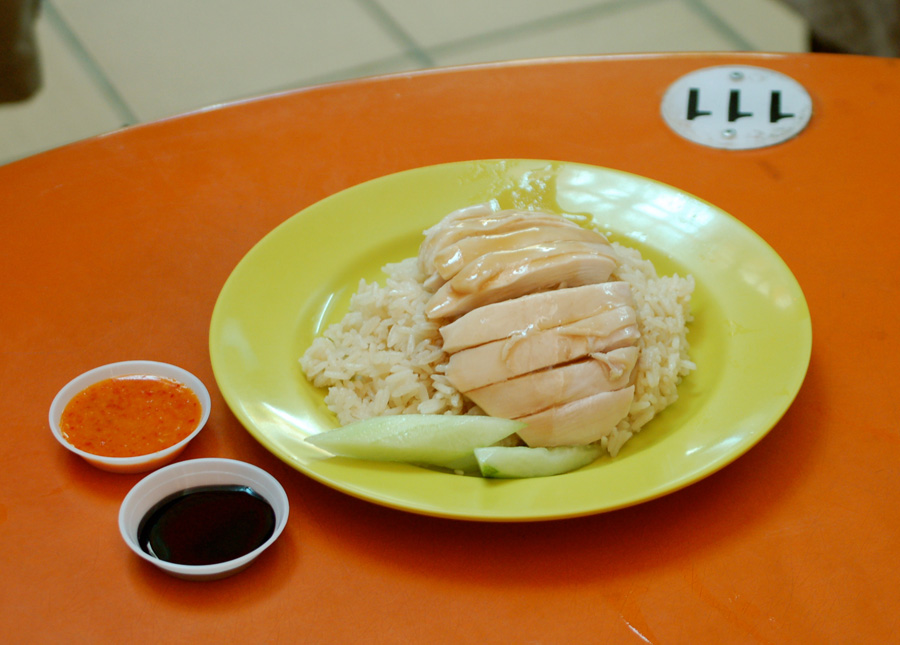 A few weeks ago I spent four days in Singapore. I ran 7-8km each day, yet still put on 3kg. Most of that extra padding can be directly linked to the amount of hawker food I ate. What follows are some thoughts about the experience.

The post is in two parts: a general summary, followed by more detailed comments about specific dishes and venues. It’s much longer than a typical Rocket and Squash piece, but is hopefully still interesting, and may even be useful for anyone thinking of visiting or stopping over.

Singapore is a melting pot. A melting pot of religion and culture. A fascinating blend of immigrants who, together, make up a relatively young nation.

Barely a fishing village of around 1000 people when the East India Company moved in in 1819, Singapore grew as a trading outpost, shipping port and finance hub on the back of Chinese and Malay and later Indian and Eurasion workers, eventually gaining independence from the British in 1963 and then Malaysia in 1965. Its population is now around 5.5 million, 40% of whom are foreign workers.

There appears to be one thing that binds the potentially disparate population, bringing them together as proud Singaporeans: food. Indeed eating is a national pastime. Probably the national pastime.

And why not? With such a rich and diverse food heritage across the immigrant groups, it is no surprise that Singapore offers authentic Chinese (in all its variants), Malay, Indonesian and Indian food, but also different cuisines born of racial fusion (in particular the superb Peranakan Nyonya food), as well as uniquely Singaporean dishes which, through many, many examples, blend the country’s components together. If you speak to a Singaporean, all of this food is the food of their country; in that sense ‘Singaporean cuisine’ is racially blind.

Most of that food can be found in ‘Hawker Centres’. There are 107 official centres, which together comprise well over 100,000 individual hawker stands, each selling a few specialty dishes, generally for just a few dollars. When you think about it, that’s quite remarkable number of food stalls for a country much smaller in size and population than Greater London.

The centres were conceived, built and filled in the ‘70s and ‘80s as part of the famed sanitisation of Singapore. Immigrant street food traders – hawkers – were moved indoors, given access to power, water and waste disposal, effectively creating extremely convenient spaces for Singaporeans to come together and eat home-style food very cheaply.

In all honesty, my first two hawker centre experiences were disappointing. The covered sites reeked of the ’80s and appeared identikit and soulless in comparison to fledgling trucks, street carts and stalls and curated food events in West Coast America and London; many of the traditional dishes I’d been excited about were over-sweet, one note, and little more than basic fast food; I found none of the innovative food, full of fresh, new flavours that I’d been hoping for; it was acutely apparent that the government is rightly worried that the majority of hawkers are an ageing work-force, whose children and grandchildren prefer to seek white-collar careers. Crumbs, I had thought that Singapore was the capital of ‘street food’. The reality appeared bleak.

There’s much to be written on the topic of Singapore hawker culture and its future and also on its relevance to the current Western street food boom. But that’s not for now.

Suffice to say, though, that my experience of hawker food changed throughout the trip. By the end, I was a total convert lah.

Appreciating that hawker food is not street food as we Londoners know it, and that that is fine, was a turning point.

Grasping the fact that the romantic view of eating outside doesn’t work during the day in a place as hot and humid as Singapore was also significant; the covered hawker centres and their fans are a necessity.

Importantly, in the second half of the trip I was guided and prompted and advised by locals. Which meant I began to experience the best of what’s out there. For whilst you can eat pretty badly, you can also eat incredibly well. I started to see first hand the sheer diversity of dishes, and that hawkers – or specifically, good hawkers – provides every Singaporean with access to convenient and cheap food, cooked to order with skill and experience.

But maybe the most significant thing was the passion that every Singaporean exudes for hawker food. Ask a group of locals to recommend their favourite stall or centre and, once they’ve argued at supersonic pace amongst themselves, they’ll each insist that they drop everything and drag you around the city. That’s pretty endearing.

So, in short, if you’re in or thinking of Singapore as a food destination, find a local friend to take you round.

Failing that, my thoughts and experiences of various dishes and hawker centres are written below and might help you form some sort of eating plan. Consider trying some the dishes I mention – like sambal stingray, oyster omelettes and chicken rice – but don’t constrain yourself to them. Be experimental in an informed way, by asking locals and following queues. The venue for a first evening of one-note over-sweet disappointments, but also, when later led by Willin Low, the beginning of a change in my appreciation for hawker food. There are a number of options here, but you might want to seek out:

Many Singaporeans have suggested to me that this is the place to go for the best representation of a non-touristed hawker centre with many ‘must try’ stalls. By and large, I was disappointed. I don’t want to totally write it off though (as I did Maxwell Road before a return visit), not least because it was absolutely rammed on the lunchtime that we went. That must mean something, right? A fresh juice stall was my highlight (see below). People dismiss Newton Circus as being an expensive tourist trap. But when we went late one evening, we appeared to be the only non-Singaporeans there. Whilst the dishes averaged around SG$7 rather than SG$3-4, they were also predominantly seafood and so understandably dearer than the other centres, which rarely had the same focus. I enjoyed its outdoor setting (though that wouldn’t have been a bonus during the heat and humidity of the day) and I loved everything ordered by our local expat friend, including:

Probably the most interesting and characterful covered hawker centre that I experienced, Lau Pa Sat sits beneath the shiny towers of the city’s financial district in the site of an old ‘wet’ market. On the beach in the East, this is the most idyllic of the hawker centres I saw (if you ignore the many container ships lined up a stones throw away). Despite its location and though it’s outdoor, the main reasons for your visit should be because you’re headed to Roxy Laksa. Which served the most refined of all the hawker food I ate in Singapore, not to mention the best laksa I’ve ever had. A few other suggestions are listed below. Maxwell Road (above) sits on the edge of Chinatown. But Chinatown has its own multi-storied complex and on some evenings food in the street too. I chanced upon two particular stalls that interested me: the first an example of a traditional and highly successful stand doing one thing and one thing well; the second, a glimmer of the kind of modern entrepreneurship that may take hawker centres forward. Head upstairs and towards the back of the section closest to Smith Street. Of interest for two reasons. The first is this was the only place I saw fresh fruit sold in the City. I’m sure locals get there fix easily enough, but I wished there were more opportunities to see and buy fruits like rambutan, lychees and durian (even though it smells of poo). The second is that within Bugis ‘Food Street’ sat 2 or 3 examples of the kind of modern food entrepreneurs that Singapore will need to energise and reinvigorate its hawker scene.

OK purists, this is a ‘Coffee House’, rather than a hawker centre. Coffee Houses appear on many street corners around the city and seem to hold 3-5 small restaurants or stalls. I guess they’re technically slightly different to hawkers in that the some stalls often a larger number of dishes and are marginally more expensive (like SG$10-15 rather than SG$5-8 for a good fill), but to an Ang Moh like me, they occupy the same space of multiple stalls serving fast, no frills, traditional comfort food under the same roof. This particular roof houses: Now this really isn’t a hawker centre. And you pay far more (but not unreasonably so) to eat in the comfortable and sanitised environment that a restaurant in a posh hotel provides. But I have to say, this all you can eat posh buffet experience served a wide range of typical Singaporean hawker food, and did so freshly and at a high quality. If the ‘experience’ of eating off plastic plates and not really knowing which stall to head to and what to order isn’t for you, this is a very good option and far better than going to a medium to high end fusion or imitation Western restaurant on one of your only nights in the city.

I was a guest of YourSingapore when I visited. Hopefully this piece will be a helpful guide for places to eat hawker food if you’re visiting or live there.

As a non-food aside, if you find yourself in Singapore and you’ve got no more room for food, the very new Gardens By The Bay was an impressive and unexpectedly good attraction. Worth a look-in.