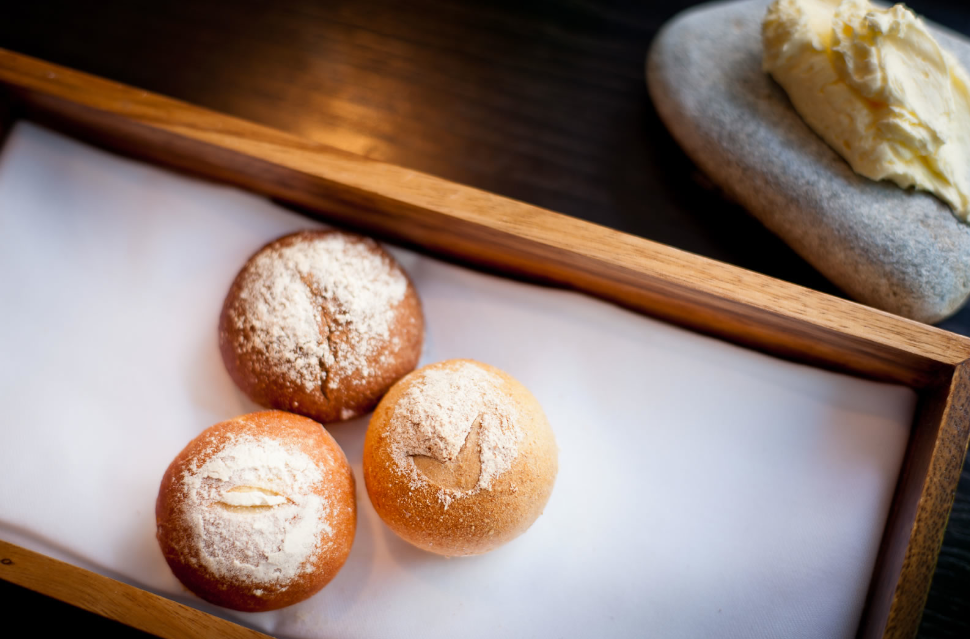 The thing I like most about L’Enclume (the Michelin * restaurant in Cartmel, Cumbria) is not the local ingredients, nor what they are transformed into, nor the service, the setting or the general ethos. No, I like the website the most.

Admittedly, I’ve never been to L’Enclume, so I can only really form an opinion on the website. But I reckon the website will still be high up on my list of favourite things about L’Enclume even after I have been.

This is because the website scrolls sideways. Dang, that is good. So simple yet just ever so slightly different.

‘Geek‘, you’re probably thinking. But bear with me. The lateral scrolling is ace on a number of levels, not least because it demonstrates an attention to detail, a willingness to do something a bit different and an ability to think a little outside of the box. I like to think that this gives us an idea of the mindset at L’Enclume. Scrolling right across the homepage, the approach makes sense: you can see that L’Enclume is not just a restaurant with rooms, but it is also a farm, it has a full on sciencey ‘research kitchen’ and it is intent on being cutting edge.

What a shame, then, that I’m not headed to L’Enclume anytime soon. Oh, how I wish we could see what food from that stable is like, somewhere in, say, London [*he says aloud in robotic monotone*].

Oh, well we can. And actually I just did. Because, as many of you will know, the man behind L’Enclume (Simon Rogan) has set up a ‘pop up’ restaurant in Marylebone called Roganic.

Aside from the slightly cheesy name, and the dubious classification of restaurant that will be open for 2 years as ‘pop up’, there’s not much wrong with Roganic (I think maybe just one thing), and there’s an awful lot right.

It is small, with very understated decor, reclaimed wine bottles for water glasses, young and amiable staff, excellent bread rolls, brilliant salty butter spread onto stones, and then either a 6 or 10 course set dinner menu for £55 or £80 respectively (wince).

We went for all 10 – you kind of have to, particularly when work is paying. I won’t describe each of the dishes in chronological order; there are already many newspaper and blog reviews that you can get all the detail from, if you wish. But I will highlight a few whilst trying to pick up some themes.

In each course there was a reason to apologetically ask the waiter about an ingredient (‘sorry, what is a chenopodium‘) and/or a ‘how did they do that?‘ moment (like how do you smoke an egg yolk?). Yet none were overly showy, unnecessary or try hard – no froths, broths or liquid nitrogen. The first dish was a great example of this: a simple and classic combination of beetroot in its purest form and a tart curd was made special by a vivid and glossy dollop of purple beetroot puree (the ‘how?‘). The dab of royal green liquid below the bright green crunchy broad beans at the bottom of the dish was aromatic ‘hyssop’ (and was also the ‘what?‘).

Each dish features (at least on the face of it) a  minimal number of ingredients; I get the feeling they don’t want to overcomplicate. Yet the dishes also have great depth. Flavours genuinely compliment and enhance each other and single ingredients are used in a number of ways. Take, for example, my favourite dish: sea cured mackerel served with broccoli done in a number of different ways – dehydrated, pureed and combed (rather than smudged) artistically across the plate, and finally included within a sweet honey (and elderflower?) garnish. I loved, in particular, the contrast of of the salty just cured fish and the sweetness of the honey. And behind that was broccoli, glammed up like you’d never seen it before.

On at least two occasions I was tempted to use my fingers – which would have been completely inappropriate, but is surely the sign of truly delicious food. The best example of this is probably the heritage potatoes served with onion ash. Dehydrated and desiccated onions are remarkably similar to the flavoured salt at the bottom of a packet of dry roasted peanuts (but obviously more technical, sophisticated and ‘ash’ like). It was all I could do not to lick my fingers and dab into the piles of powdered onion.

Every plate and bowl is a picture. The line of shredded ox tongue, pickles and sourdough paper was pretty smart (and featured the world’s best named vegetable: the ‘tadpole radish’). I also loved the look of the cornish monkfish crusted with chicken ‘salt’ and served with clams and blobs of intense mushroom puree. Turns out an almost totally brown dish can look good.

On the same theme, both the desserts were visually stunning, though my favourite taste-wise was the bowl of sweet cicely ice-cream, buttermilk cream, verbena sauce and strawberries. As with the beetroot course, the strawberries featured both as untouched fruit and also in another form – this time paper thin translucent wafers adding dimension and texture to the pud. Clean. Classy. Delicious.

We are told that food is the focus at Roganic and they’ve clearly focused well. There were no duds amongst the 10 courses (and a couple of amouse bouche and petit fours), all were really enjoyable and a few fantastic. The meal felt incredibly well paced and well balanced too. You’re there for the long haul (it’s a 3 hour job) but at no point does it drag, nor do you feel either hungry or uncomfortably full.

I did warn you earlier, though, that there would be a negative comment, and it is basically about the atmosphere in the room (or two small rooms to be precise). Though some chatter eventually developed, for the first hour the place was silent, nervous and awkward and it never really let loose. In some respects, this is a generic complaint about ‘fine dining’. But I’m also a little bit disappointed at Roganic as I thought that, given the young team and ‘pop up’ nature, it might take the opportunity to buck the trend.

I don’t think fine dining needs to be awkward or silent. So many things about Roganic are progressive: a pure, no faff yet skilful and delicate 10 course taster menu, served in a paired back, raw, simple room; it’s not stuffy or overbearing; the staff are not too serious. Why not go a step further and, dare I say it, make the fine dining experience a bit more fun? I understand the head chef (Ben Spalding) is a DJ. I’m not talking having trance anthems in the background, but maybe he might have something to break the silence and help create a buzz? Just adding some background noise may not be the only way to create a vibe, but it is an option.

All customers will be happy with the food. Really happy. But they’ll walk away thinking that they had a brilliant night if they’ve been able to open up fully and enjoy the absolute quality of the food, without being conscious that the other tables overheard them ordering the cheapest wine or having a little argument. Food can still be the focus if there’s a good atmosphere. Frankly I think it can be enhanced by it.

A bit of a rant at the end, but it is intended as constructive criticism for a rather good new restaurant. Don’t let the gripe prevent you from saving up and trying Roganic out. I have a feeling that as the seasons change and the kitchen beds in the menus will change and maybe move to an even higher level.

Actually, sorry, there is one other thing: Roganic’s website is not as good as L’Enclume’s.

You may have noticed that, once again, I’ve made my blog look way better than it should by half inching photos from Paul Winch Furness. Have a look at his site – he takes great shots. 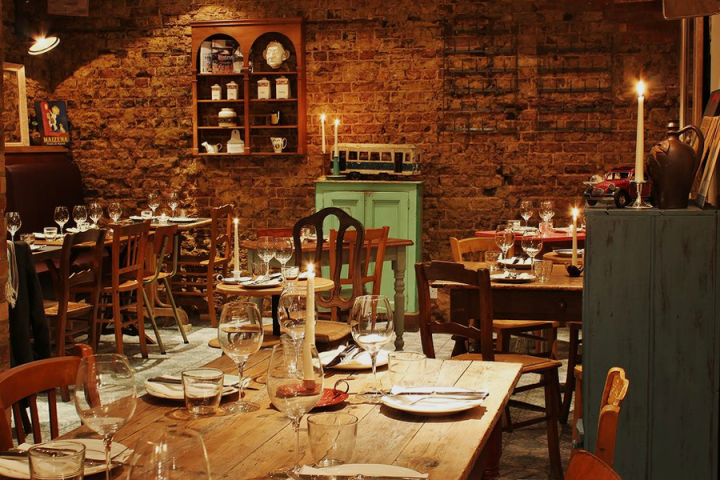