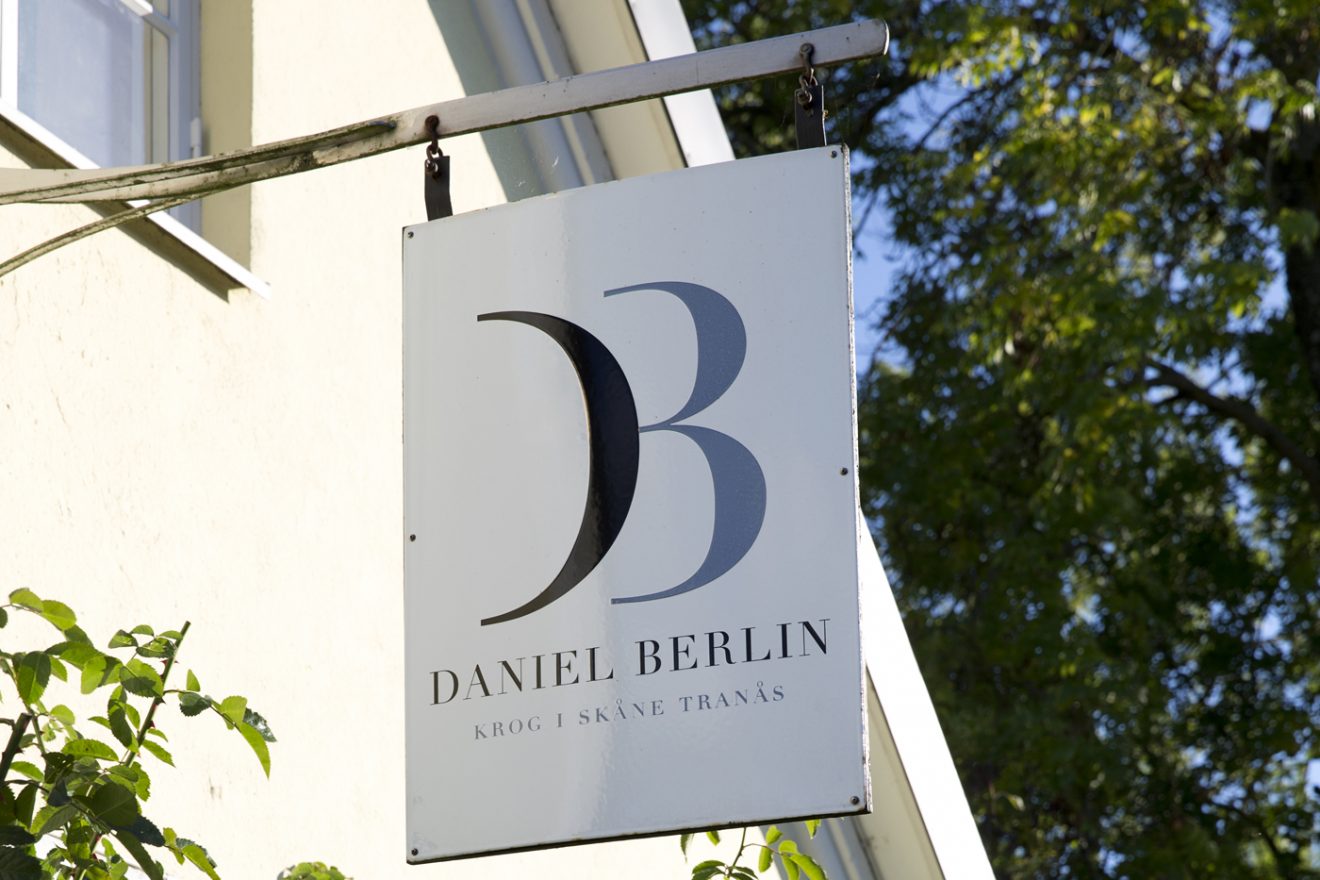 Whilst compiling a list of my favourite dishes of 2014, I realised I had neglected to write up a restaurant experience that, with hindsight, was quite possibly my best of that year. Certainly the most inventive, memorable and of its ‘time and place’.

It’s not really necessary, such was the impression, but I scroll down my phone, wheeling past a few thousand mundane photos of breakfast and lunch, to a set of pictures taken at the end of September in Skåne, South Sweden.*

The first images I land on are of an unremarkable yellow house in the middle of a seemingly deserted hamlet (which, itself, is in the middle of nowhere). There’s a kitchen garden to the rear, with a tired looking greenhouse at the far end and, in front of that, six vegetable beds. These are stacked full of cavolo nero, root veg, tubers and some unruly berry bushes. The grass should probably have been cut five days ago and it’s all a bit rough round the edges – reminiscent of thousands of gardens and allotments owned by ambitious but overworked families across Northern Europe. I’ll pick up on these observations at the end.

The house, the restaurant, is Daniel Berlin. An eponymously titled place one hour east of Malmo, ninety minutes from Copenhagen. For the record, Copenhagen is two hours by plane from London airports (with all the associated time and expense that brings), yet I’m confident Daniel Berlin is worth every minute and mile travelled, and every penny spent.

There are two small (tiny) dining rooms and one long set menu. A glance at those photos again, and I guestimate we had 20, maybe 22 courses. I don’t think this is a particularly fixed number. Everything that ends up in a bowl, on a plate, napkin, mound of wood chips or moss is super, uber local and seasonal; subsequently, the menu changes, depending on the produce and inspiration available.

I won’t describe all the dishes I’m looking at – no one could without reading like a terminal bore. So I’ll mention just a snapshot.

The meal began with eight ‘snacks’ of varying sizes and forms.

One was a hollowed out, frozen, Discovery apple, filled with a near powdered frosting of peppery radish, and soft, light but salty lumpfish roe. The inner edges of the apple sweetened the sides of the spoon as it lifted a cloud-light filling out. That filling disappeared as soon as it touched the tongue. The presentation would seem like a gimmick, were it not for the fact that each spoonful was the very essence of Skåne. Everything I’d expected the southernmost tip of Sweden to taste like.

Also in the snack section were cylindrical lengths of game bird liver parfait sat on some form of grain cracker, heavily dusted with chestnut, aniseed and cinnamon. An extraordinary mouthful. Smooth and nuanced; there were so many bold flavours going on, yet each of them improved the others. Genuinely the best whipped up liver I’ve had (and there’ve been some good ones).

Part two housed a series of slightly larger plates. I never quite got to the bottom of whether any bees were harmed in the production of a stunning veal sweetbread dish “in gooseberries with smoked beestings”, or whether that was just something lost in translation. But, anyway, it’s not one the dishes I was going to focus on. Nor will I talk about “egg yolk pickled in bog myrtle and beer with dill”, though clearly the menu descriptions alone give you an idea of the kinds of things we were fed (all delicious, by the way).

Instead, I note beech grilled celeriac “with its peel, haulm and the rest”, which is one Daniel Berlin’s signature dishes, and which lives long in both my prefrontal cortex and iCloud.

The chef brought a blackened, near nuked celeriac to the table and dramatically hew it in two with a bread knife (that burnt crust must’ve been half a centimetre thick). From the bomb burst a waft of beech sweetened smoke and celeriac steam. Stunning. A little scoop of the soft flesh, some thin, milky celeriac soup over the top, and drops of oil made from celeriac stem (the haulm) and burnt peel … the flavours were intense, pure and comforting. This was a modest, yet brilliant dish.

We took a “short break” outside and stood with blankets over our shoulders round an open fire, whilst being served a warming drink and drop pancakes topped with cherry, roses and lardo. Magical. Could’ve finished there and been very happy, to be honest. But we’d not yet got to the mains.

Of those, three were plays on the same grey partridge, shot a few days earlier by the chef. My favourite was a knockout plate of perfectly pink breast and slower cooked leg, cut by sharp, pickled elderberries and a smudge of Jerusalem artichoke, and topped with shards of poultry fat that had been dehydrated so that they resembled crisp chicken skin or wafer thin pork crackling. If every British Sunday lunch was topped with dehydrated poultry fat, we’d be the world’s happiest nation, and even more obese.

The fourth meat main was a flawless venison number. But there’s no time for that here. Not when the final dish I want to mention, the final dish of the meal, in fact, also happens to have been the Best Thing I Ate in 2014.

It begins quietly. Just a white ball of buttermilk and goat’s milk ice cream, topped by three wafer thin meringue triangles. One of the front of house staff pours a caramel sauce over the top, and of course you dig in quickly before things melt.

That meringue is wedding dress white, yet strongly flavoured with rosemary and salt. It matches the caramel and slightly sour ice-cream better than any ‘salted’ sweet you’ve had before. The addition of the herb (is it in the caramel too?) is inspired. Inspiring. Overall it’s a proper rave in the mouth eating experience and the very definition of the perfect dessert – light, just sweet enough, surprising without being fussy, and not nearly as big as your greed wished it was.

So there you go. I could’ve picked another ten to fourteen dishes to enthuse about, but the menu will probably change completely by the time the restaurant reopens in March (it’s closed between December and then whilst the area is caked in snow). Most significantly, despite it’s very apparent qualities, the food on its own isn’t actually the reason eating at Daniel Berlin is so memorable.

After the mental meringue dish, we were led to that old greenhouse I mentioned at the top. Inside, was a haphazard set of tables and chairs, and Daniel’s Dad serving world class coffee, herbal tea infusions, digestifs and petit fours. We could’ve sat there until dawn, feeling totally content with the world and our place in it.

This is a family affair and there’s an indefinable quality and comfort that comes from that. Daniel Berlin’s Mum and Dad sold up to invest in their son’s project. Now, Dad is the sommelier, Mum, the gardener, and his sister runs the front of house. It’s real, and down to earth. Humble and humbling. And that’s what made it particularly special. I’ll take an old greenhouse, uncut grass, and spectacular, personal food over eight figure fit-outs and soulless cooking any day.

You’ll hear more and more about Daniel Berlin over the next few years – both the restaurant and the chef – and it will come as no surprise that I highly recommend checking it and him out first hand.** Long tasting meals aren’t for everyone (I’m normally a less is more man) but this is a good one, and is ultimately far more than just a meal. I bet you’ll take pictures too, and I bet you won’t really need them to remember it either.

* Whilst I’ve loads of pictures, none of them do justice. Have a look at Spanish Hipster if you’d like a better visual representation of a meal at Daniel Berlin.

** Some time after midnight, once we’d stopped feeling smug in the greenhouse, and he’d finished cleaning down his kitchen, the chef proprietor, Daniel Berlin, drove us back to our accommodation fifteen or so minutes away. Everyone hitches a lift – it’s a necessity for all parties given lack of transport – but what an ace touch.

The website now states 1250 SEK for the set menu. 950 SEK matching wines. I’m fairly certain it was cheaper last September, but in any event £175 (at today’s rate) for the food, drink and experience we had, is easily worth it. Lunch is cheaper.

Please note: I dined as a guest of Visit Sweden, but am very confident I’d have written the same had I spent my own dollar.

Sweden, by the way, makes for a top food trip. I’m going back this year. 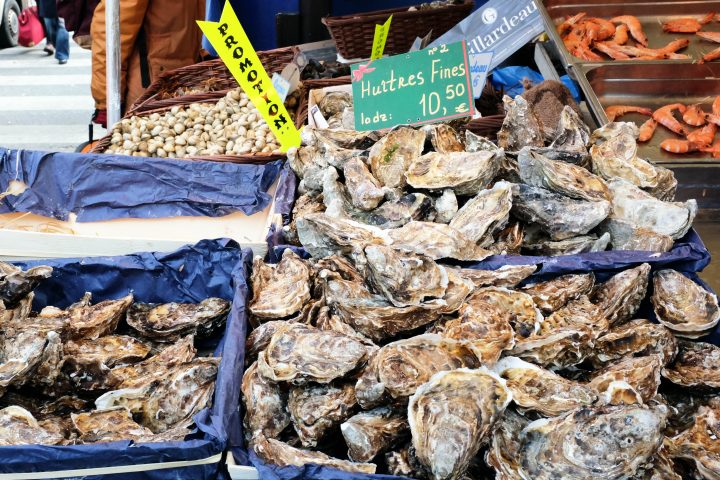 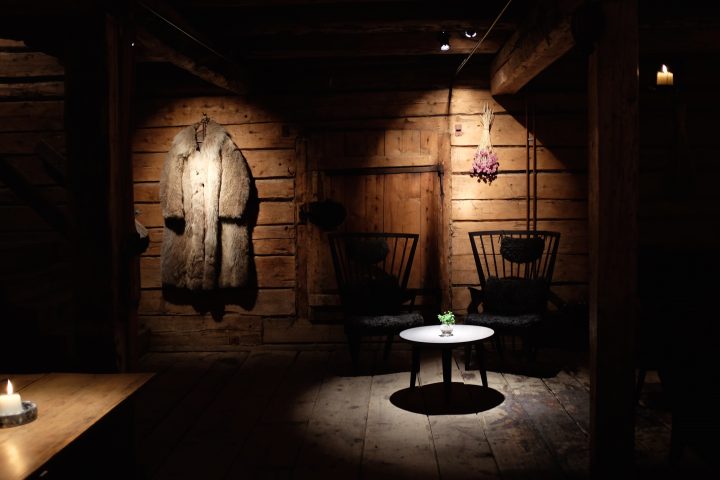