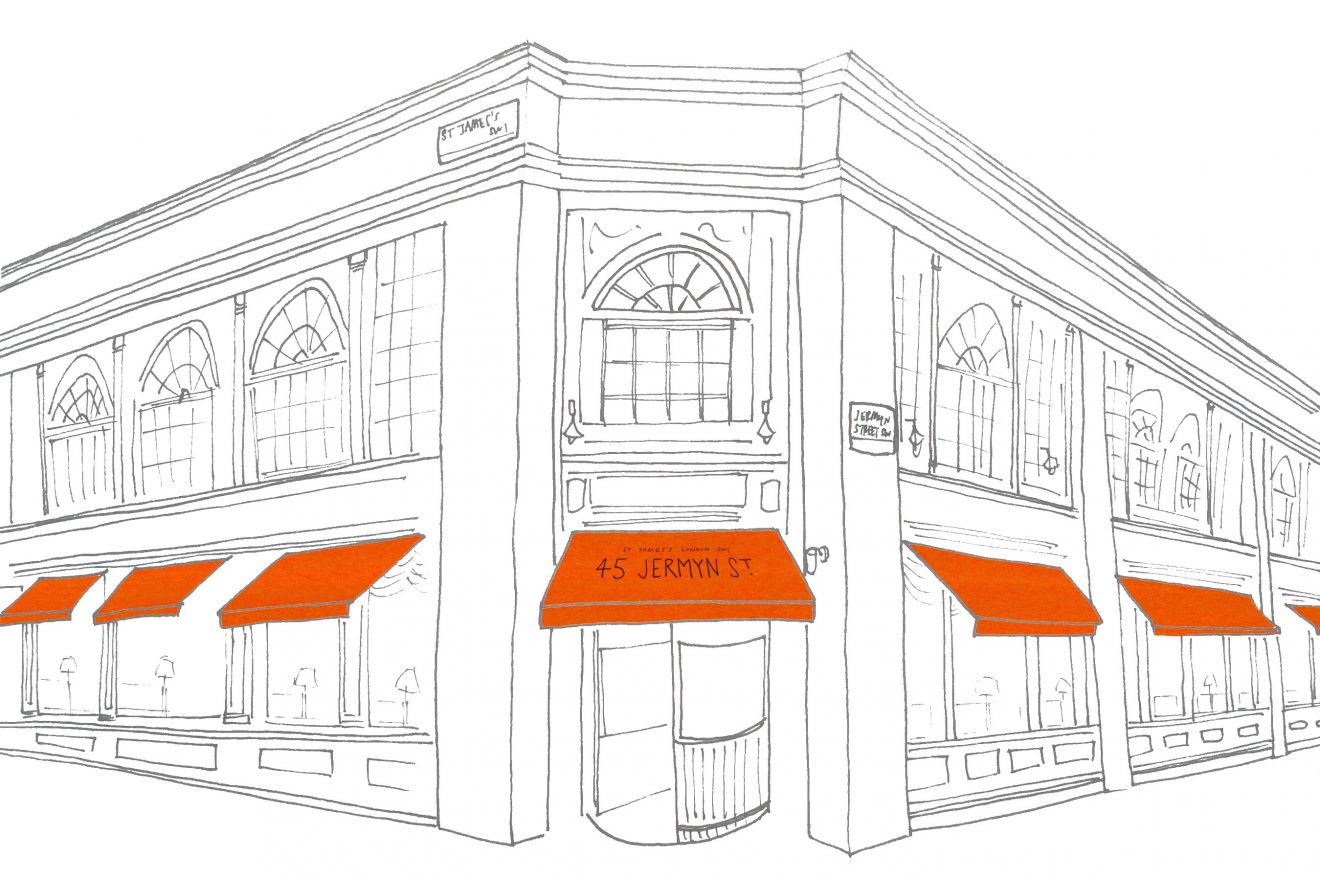 As has become the norm, there have been hundreds of new restaurants this year. Most of them you can ignore … but, still, there are plenty (30-odd) that have added further lustre to London’s eating scene. The base standard continues to improve; and there’s the odd gem at the top of the pile too.

Though how many of the good’ns suit the standard “My parents are coming to town, can you recommend a new restaurant” request?*

Let’s think about the best of them:

There are a few other stars, but most sit in the “not central”, “not bookable”, or “just a bit too modern” brackets.

I’m as big a fan of the “fine fast casual” likes of Hoppers, Pitt Cue, BAO and BAM as any of you. And modern British is my bag (read: mostly East London – Lyle’s, Clove Club, Ellory and co). Yet sometimes you just need a “proper” restaurant that’ll serve you three individual courses of the no frills just good school, and the aforementioned genres won’t do. The shiny, glam, ‘sexy’ new Mayfair joints? Not unless the folks are flying in from Moscow, Beijing or Cheshire’s Golden Triangle.

Which brings me, in a waffle filled way, to mention of a couple of recent eats, and a handful of other new(ish) openings on my ever extending Wish List.

* (Note no geographic specifics, no budget, no mention of whether said parents are the colour of grey or a positively jumping for a no choice, no reservations, emperor’s new clothes seat at the bar – the latter being unlikely but possible. Grrr.)

Word on the street

First, the ones I’ve not been to, but have heard or expect good things.

The go to answer for those pesky parental suggestions is something by Corbin and King. From out of town, wants to feel like they’re at a central, grand city restaurant and likely to raise eyebrows at anything above £40 a head? Zedel is your man. For anything else, there’s the Delaunay, Wolseley, Colony Rooms, Fischer’s, Colbert and now Bellanger in Islington. Basically, think default university town visit/treat restaurant, but actually good. I look forward to trying the latest one out (opens 14 December).

Piquet is also bookmarked for the right occasion. Seasonal British produce, seen through classic French cooking – which doesn’t necessarily excite me, but all reports suggest it’s bang on for these circumstances.

Add the Newman Street Tavern to your thoughts too. Along with Pidgin (mentioned above), this is the restaurant of 2015 I feel most guilty not to have been to yet. For those families that are looking for something ‘British’, but won’t want to share, or will be confused by small portions of grains.

Fortnum and Mason have long had a restaurant at the rear of their little corner shop. In overhauling the pastel coloured, chintzy, generally underwhelming and unfashionable Fountain Restaurant a few months ago, they’ve done something very difficult – and have created something that’s all things to many people.

The wood panelling, fine service, grand orange banquets, caviar trolley and top-end of the menu and wine lists will suit those St James’ locals (mugs) who previously thought sups was a straight choice between Le Caprice and Wiltons.

The lack of tablecloths, solid cooking of quality ingredients and accessible but quality wine list will work well for the more discernible Café Murano and Wolesely crowd.

And whilst tourists looking for a quick and cheap department stall meal might be disappointed, it was perfect for Mum and me.

The menu is relatively eclectic menu, with forays into European (not just French) dishes, like champagne risotto; braised octopus and chorizo with beans; spätzle; and snails with garlic butter. But more often than not, it’s in a suitably British direction (Welsh rarebit: smoked salmon with soda bread; Game consommé), or at least highlights seasonal British produce (seafood hauled from the South West; Scottish venison; beef from northern Ireland and so on).

It’s not cheap. Starters are around a tenner and the most appealing mains are in the region of £30. But should we expect it to be? F&M doesn’t fight for Lidl or even Sainsbury’s on the shopping front…

Moreover, cheap and good value are not the same thing. So, in fact, I was very pleased with the whole Dover sole à la meunière, prepared for me by the side of our table. I’m so used to just 1/4 of a fish like this being served with a purée and a sprinkle of powder as part of a set meal, that it’s easy to forget the pleasure of having a whole one, dressed only with beurre noisette and with a muslin wrapped lemon on the side (though the separate fennel gratin was spot on too). That said, I was probably a little jealous of Mum’s turbot – once again a solid sized portion, lovely, golden and crisp on top and succulent within.

Starters had already hit the spot (the aforementioned consommé and snails), and whilst desserts didn’t particularly entice that evening, perhaps on another occasion they might (knickerbocker glory, soufflé, creme caramel, booze soaked ice cream and so on).

45 Jermyn Street is not a disrupter and isn’t going to wow anybody. But goodness it was pleasant to be somewhere buzzing yet calm, eating good food, drinking well selected and priced wine, and that was relaxed as well as grown-up and proper.

OK, the food will be £40-50 per head. But there are some good things between £16 and £32 on the wine list that keeps the overall spend perfectly reasonable (for central London standard).

Now I look at the top half of this post again, I realise that contrary to 45JS, Otto’s is technically not on point: this quirky French restaurant on Gray’s Inn Road is not new; it’s very definitely not for anyone looking for a cheap or even moderately priced catch-up; and out of towners will query why they’ve come to the big smoke to sit in a room decorated with pink Marilyn Monroe cushions, random stone wall mounts, and seats and tables fitting of any restaurant in the provinces set up in the 70s and untouched since then.

HOWEVER, it absolutely is resolutely old school.

You’ve probably read of long and lavish duck and lobster-press lunches, carcasses portioned, flambéed, plated and squeezed of their juices in the dining room whilst you watch and / or glug. If not, do.

Other dishes are available, though. In fact, both of the above options require forward planning (and a little penny saving) so unless you’ve pre-ordered, it’s a la carte all the way.

We watched as superb smoked salmon was finely sliced on the trolley next to us, then plated with all the accoutrements at the table. One of the finest tartare’s I’ve had for a while was dressing and lovingly stirred, mixing flavours and breaking down protein, in a wooden bowl by our side. (Heinz Ketchup is the not so secret ingredient, btw.) And a very fine tarte tatin was portioned up and then doused (flooded?) with flaming Calvados with supreme finesse and charm by our man Otto himself.

There are very few places like it in London – where else would I enjoy an absolutely divine, unashamedly gout inducing, veal sweetbreads and morels pie, I ask? Lovely stuff.

Not something to think about.