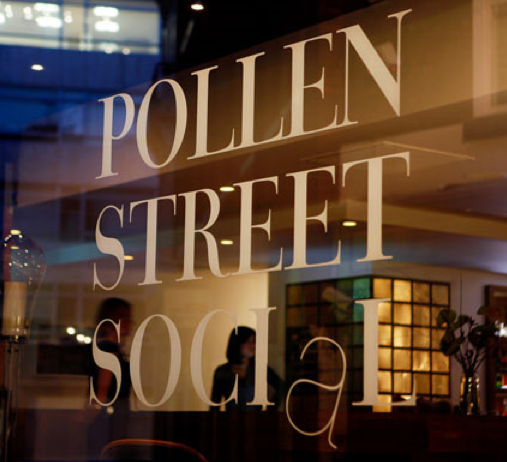 There are obvious downsides to massive hype and unreasonably high expectations: your audience’s anticipation will be twisted; unfair criticisms will be levelled; raised hopes will be dashed; lofty ambitions simply can not be fulfilled; and it’s almost impossible not to disappoint.

Just look at Nick Clegg. A year ago he rode the wave of being Coalition Kingmaker, with the giddy possibilities of, for example, a once in a lifetime opportunity to force voting reform and the prevention of rising tuition fees.  Now? Erm. Doh.

Chefs and restaurateurs face these difficulties. Indeed now more than ever before, restaurants are launched under the weight of huge and most likely uneducated expectation (largely due to the effect of Twitter and subsequent word of mouth). Pollen Street Social (PSS) received 5000 calls to their reservation line on the first day the phone lines opened. A massive PR success. But what, really, was the reason for such excitement?  A top chef and a new restaurant, sure, but maybe we are all getting just a bit too worked up about these things. Ultimately a restaurant will take time to find it’s feet and expectations should be built on concrete fact (or, more appropriately, slick service, beautiful presentation, tender meat, sweet desserts and value for money), rather than propaganda. PR agencies earn their crust for delivering a stellar first month. But does that come at the cost of the rest of the year? Tortoise and hare, anyone?

This, by the way, is in no way a criticism of Jason Atherton or of PSS. Just an observation of the current state of play. But I suggest it might be a reason why reviews of PSS in the first month of its opening have been varied.

Pre-opening and (I understand) in the first few weeks, there were two USPs of note at PSS: (1) a dessert bar; and (2) posh innovative food to share. (1) remains – for more, see below. But (2) appears to be being quietly nudged to the side. Sharing food that isn’t suitable for sharing, you see, doesn’t work. So when we went, the suggestion was not to divide plates and share, rather it was to order one (or two) starters and then two half portions of mains. Create your own taster menu. Or at least that seemed to be the suggestion – service was pretty unsure and awkward and is my only major criticism of the place (Mr Atherton, for slick but not stuffy, I refer you to Dinner).

Now I’m not sure about shelling out for a second starter. But halving mains is a winner. We did and it was great. Such an option is ideal for the indecisive, or for when there are simply too many tempting dishes on the menu, like at PSS. You are not restricted to crossing one box representing your first choice menu; if Nick Clegg designed menus, this is what they would look like. This is ordering reform … it’s, it’s Alternative Ordering and I, for one, say Yes! Heck, I bet if you asked an Australian, they’d tell you they’ve been doing it for years.

We were 5 and between us we pretty much had all of the mains. I won’t list them, rather I’ll point to a few of the highlights. Of the cod, halibut and plaice main course options, the halibut was apparently the winner. I suspect this was helped by the unctuous Catalan paella that was served with it. And probably the moreish natural saltiness of pork ham fat and a mussel stock too. It did look good – though so did pretty much everything.

My first pick was an excellent rack of lamb, served with braised lamb belly, a roasted artichoke and a dollop of sour sheep’s milk curd.  The contrast of meat with the curd was great, though at one point I slightly freaked out about eating sheep and it’s milk product at the same time. I got over that.

Ox cheek with tongue and sirloin was my second crossed box and was probably even better. The cheek fell apart under my fork and though the tongue and sirloin were equally rich and sticky, they also offered different tastes and textures. The heavy dish was served with rather good horseradish puree and a dark green smudge of caper and raisin puree too, to cut through all the meat and juice.   My only quibble was that this was presented in a steep sided casserole. I’ve moaned about this before. But, briefly, (a) you can’t see and appreciate the food; (b) you can’t eat out of a casserole with a knife and fork because the sides are irritating; and (c) it wasn’t cooked in there, so plate it up please.

Quibbles aside, this was good food. It was a pleasure to be able to try more than one without having to share with another.

Starters were also good and maybe showed more of the Jason Atherton flair and innovation – barbecued  mackerel with frozen ajo blanco, scallop and cucumber chutney looked ace, was enjoyed, but didn’t taste enough of the barbecue. I saw a rather attractive looking hunk of light cured salmon served with avocado, smoked herring roe cream, and I ate a full, but deconstructed, English breakfast.

We didn’t get to try that first USP – the dessert bar – which is Atherton’s sweet version of a sushi counter. Unfortunately, this only fits a few people. The reviews of it have been glowing (e.g. this and this). It’s a shame not everyone can get a chance to have the experience.

The desserts we ate at our table were still novel and inventive. Two of us had ‘ham, cheese and herbs’ which was in fact slices of melon, basil sorbet and candied goats curd. It was definitely light, delicate, different and tasty. But if you’re not quick it becomes liquidy and I couldn’t help think that I should have gone for the tiramisu, or what I thought was the real winner on our table – virgin white rice pudding served with lime jelly and hay ice cream (‘just like a barnyard…in a good way‘). How about Alternative Ordering for desserts too, PSS??

So there are some things to tweak on the food, but I am nit picking. The biggest let down was the service, yet we still had an excellent night. This has something to do with the ambiance of the room; I haven’t mentioned atmosphere or design until now, but praise is due for creating an aptly sociable space.  This standard (and sometimes level of innovation) of food is generally only found in stuffy restaurants and I know I’d prefer to be seated in PSS.

Sit back and let this place sort the service and build a more justified hype. I think it will.

[You scrolled all the way to the bottom? Ah, thanks.  If you enjoyed the scroll, maybe you would consider nominating me in the Observer Food Monthly Awards.  Vote anyway as there are prizes to be won – no hard feelings if it’s not for me.] 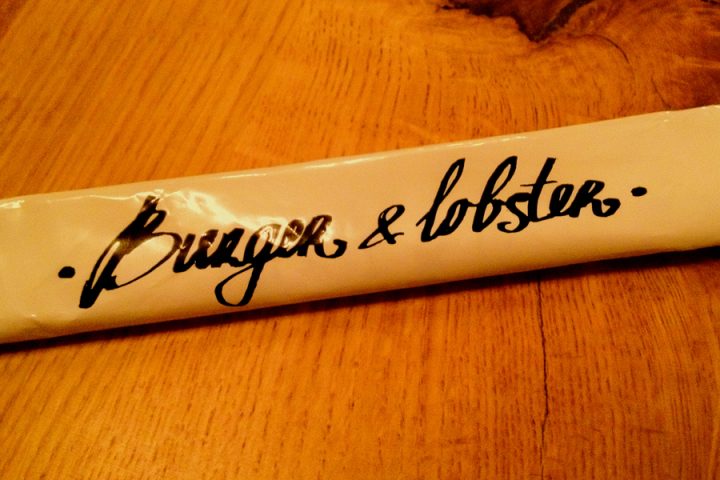