Times really are a-changin’. Gone are the days where we expected (and accepted) food vans to turn out crappy overpriced burgers, processed hot dogs or (if you’ve ever frequented Hassan’s/any other Oxford offering) sub standard but remarkably life saving kebabs.

Now meals on wheels are of a much higher standard. In fact, arguably some of London’s best burgers (the Meatwagon), burritos (Daddy Donkey), even fine food (Street Kitchen – back soon) are served out of caravans. You may be interested to learn (if you didn’t know already) that you can add “pulled pork and BBQ ribs” to that list and put “Pitt Cue Co.” in brackets after it. Because there’s a metal box on the Southbank that’s well worth a visit. The box is on wheels, but it’ll be staying in the same place underneath the Hungerford Bridge (that noisy train/pedestrian one linking Charring Cross and the Festival Hall) for the next 3-4 months.

The concept is relatively simple (though the signage probably isn’t that clear): choose 1 protein (the staples being 15 hour smoked and slow cooked “pulled” pork; longhorn salt beef brisket; or barbecued pork ribs) + 1 side (slaw or beans) + say yes to the trimmings (bread, pickles, and a cheeky dollop of hot sauce), hand over £7, eat, lick your lips and feel generally rather content. If you’re lucky you might get passed an under the counter cup of goose fat confit leeks or radishes in dripping. And provided they haven’t sold out, there might be an option of rotisserie chicken and smoked corn on the cob to add to your deliberations too.

You probably ought to wash all this down with a tasty beer or two (Sambrooks Wandle; very local zingy stuff from The Kernal; Brewdog Punk IPA) and I can recommend the Pickleback – a shot of Rye, a chaser of pickle brine and some home made crackling. Tastes WAY better than it sounds.

I popped down with a couple of mates last night and between us we took on the ribs, brisket and pork. There was a suggestion at the start that we’d share, but that didn’t happen. Which is probably indicative of how much we each enjoyed our cardboard boxes of BBQ goodness. It was only their fourth or fifth night but seemed to me to be well into the groove of serving great food. I will be back and I heartily recommend you give it a go too.

£7 for a sizeable amount of seriously tasty protein, some slaw or beans and pickles, sauce and good bread too. Great value. Premium but excellent drinks add a bit more.

@PittCueCo – Underneath the Hungerford Bridge on the Southbank

[p.s. Observer Food Monthly Awards are votable at the moment.  Do have a think about nominating the odd blog or restaurant if you’re bored and have nothing much else to do.  I’m probably not worth it on the back of this short post, but maybe if you enjoy the site more generally…] 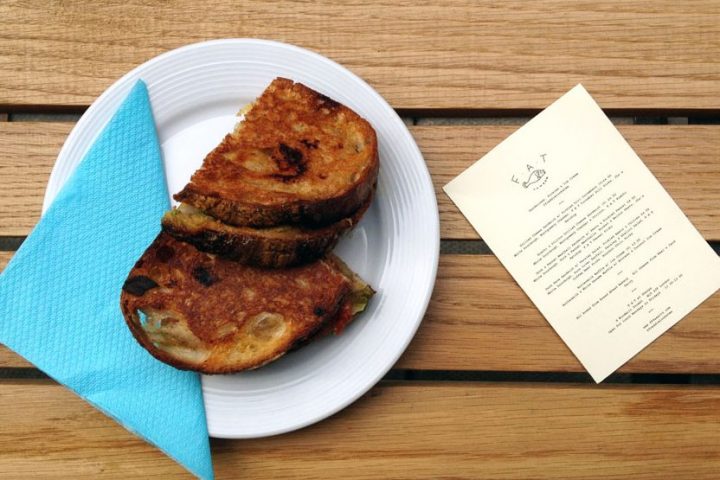 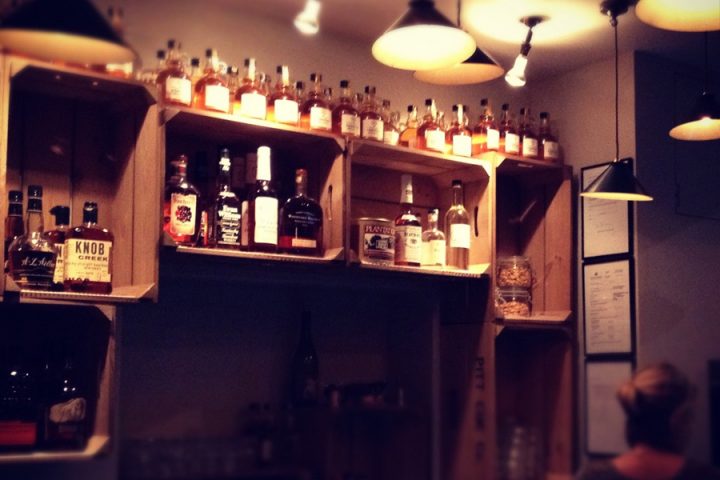