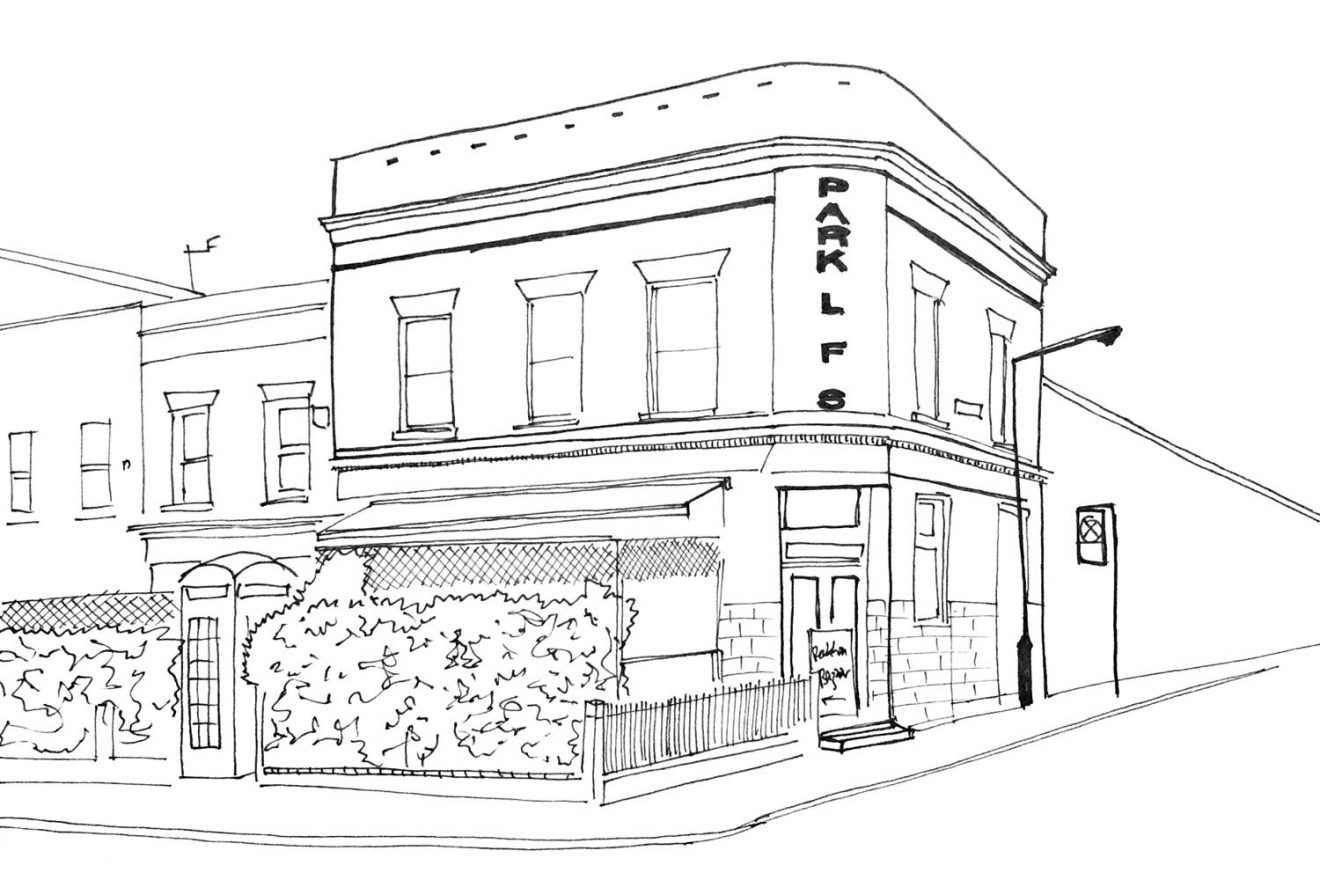 I am, by some quirk of fate, both the first and the last person to make it to Peckham Bazaar.

The last, because, well, you’ve already been, right? You certainly should have. It opened (the first time) in summer 2013 and got squillions of great reviews for its Balkan and Ottoman inspired, charcoal grilled food. Following a refurb and a boring tussle with the landlord in the first half of 2014, it reopened for more grilling action last autumn. Cue more acclaim and plenty of bums on seats.

The first, because I actually visited for a preview back in 2013. At this stage, the small room in the scratchy remnants of an old, failed, South London backstreet pub, still resembled, cold counter and all, the delicatessen that Peckham Bazaar evolved out of.

On that occasion, the chef and co-owner, John Gioleka, kept bringing various bowls of salads and dips, apologising each time he put one on the table – “sorry, this isn’t really the kind of thing we’ll be doing”, “sorry, I’m working on this still” – and then he grilled a few bits and pieces on a knackered old barbecue, or possibly even a garage bought foil tray. Can’t remember. But he definitely continued to apologise “sorry for giving you all this food despite not having previously met you”. This Albanian had clearly spent too long in London, and appeared to be suffering from a troubling case of the foppish Englishman.

I digress. The basic point of recalling this was that the myriad dishes and grilled bits bore almost no resemblance to the food John and his team produced when the deli finally morphed into restaurant. I’m not sure why it’s taken so long for me to find out, for myself, how that food has come on. But, there was no hint, back then, of the perfect octopus tentacles on a bed of lightly pickled vegetables I ate for lunch this Saturday just past. Nor the lamb, pork and prune adanas on a moreish (and possibly Moorish?) lentil base for that matter.

The room’s changed, of course. There are a few tiles over some walls, hinting at the Ottoman influences, and an open, fire fuelled kitchen across one side of the room (rather than outside, as per its first incarnation). Don’t expect too much shine and polish though. This remains shoestring stuff; and it’s all the more charming for that.

If anything, the menu is too tempting. On our visit, the chef’s late night / aggressively early morning market shopping yielded eleven savoury dishes, five of them in the starter region at £6.50 or £8, and the rest between £13.5 and £16. I suspect, given the choice, you’d do as we did: order a bunch and share.

The octopus dish really was stellar stuff. Each tentacle was charred enthusiastically, to the very last point before it might be called ‘burnt’. Inside, the flesh was tender, near buttery. The vegetables were refreshing. Carrots, shallots, cauliflower, a long, posh kebab shop chilli. Unusually they were subtly pickled – so the dominant flavours were that of the vegetable not the vinegar. What was the leaf? Looked like new shoot ramson, but I recall a citrus zing to it. A dollop of baba ganoush joined the dots and rounded things off.

Perfectly grilled squid danced with a shaved fennel and orange salad on a bed of squid ink coated orzo pasta … and delivered as you imagine it would.

Monkfish and mussel sat in a thick, almost paste like spiced tomato stew. Two charred pieces of house bread simply encouraged running fingers round the bowl to get the last dregs of flavour out. Incidentally, this was called a ‘saganaki’, which refers to the pan it is cooked and served in, rather than some dodgy fried cheese dish. Greek and Balkan food is so badly represented in London, that help is required to translate some of the more unfamiliar sounding dishes.

We followed these dishes with those lamb adanas (beautiful, soft, though could the prune be more prominent) and sweet, rich, soft, Imam Bayaldi (braised, tomato and garlic coated whole aubergine), which came with stuffed green peppers.

Then came a faintly ridiculous harissa marinated grilled quail (how so blackened, yet so moist and yielding?) on a squash and green bean tagine. This dish carried more middle eastern spicing than the other dishes we tried. Good.

‘Avgolemono’ sauce is new to me. Google, he say it’s egg thickened chicken stock and lemon sauce, and I’m fairly sure that’s right. Anyway, this sauce acted like a béarnaise as a base for perfectly cooked rib eye, soft artichoke, turned potatoes and carrots. Perhaps the meat might’ve taken a touch more seasoning. But, still, who else in London serves this much quality protein, cooked this well, with a vegetable garnish for £16.50?

Conversation and food were lubricated by a light and fruity Greek red, the name of which I (obviously) can’t recall. Front of house, now, is walking Wikipedia Florian Siepert, who takes off where Donald Edwards left off – curating a unique drinks list that’s appropriate to the cuisine, and chocked with wines that only they can pronounce, let alone remember. It’s really impressive and surprisingly accessible stuff (though I note that BYO is possible for Saturday lunch – if you take that up, you should do it justice).

Eating continued with a few shared desserts, of which the house made walnut and pistachio baklava was the star. Not least because two perfectly sticky but not overly sweet pastries were served with vibrant slices of persimmon, in a pomegranate syrup, and tucked beside gently flavoured rosewater ice cream. Oh, and it went supremely with the recommended sticky – a Cypriot Kyperuoundi Commandaria. (All weekend lunches should be like this. Correction. All meals should be like this.)

Peckham Bazaar is an outlier. This rare little restaurant sits in an odd building on a totally random, residential corner in darkest Peckham. The cuisine is barely recognisable to most Londoners (but it’s proper stuff and has soul), and the wine list incomprehensible to 99 per cent of its readers. None of these things need be apologised for. It’s glorious.

Great value. I think we were about £45 pp with drinks and service. You could spend less. 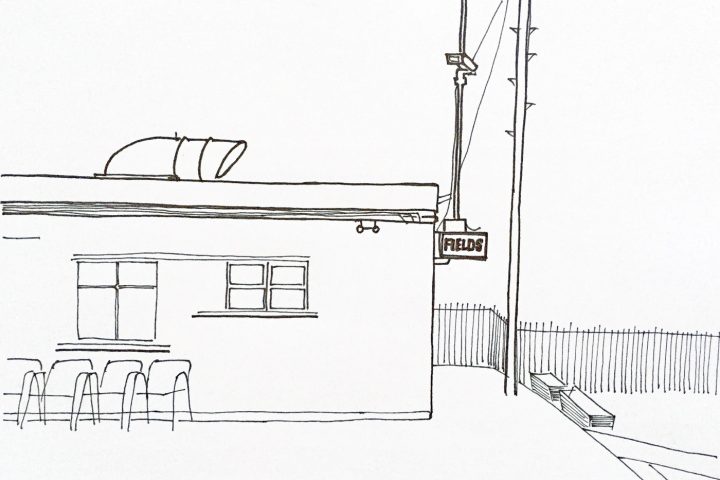 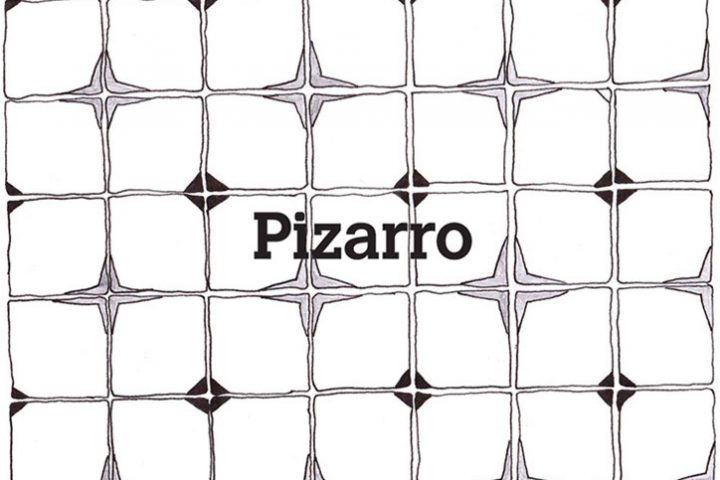 One thought on “Peckham Bazaar”